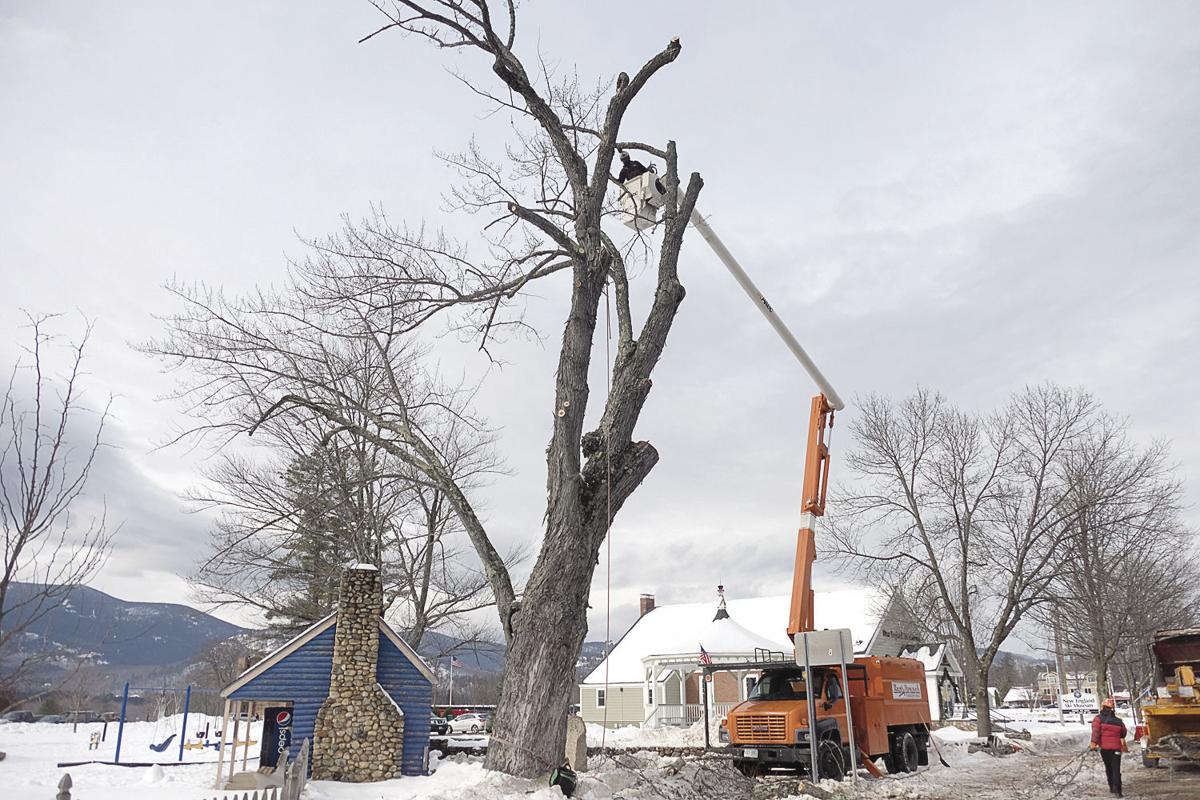 East Branch Timberworks works on removing the tree from near the Gibson playground in North Conway on Jan. 10. In the bucket is Ken Dyer and on the ground is Chad Lewis. (JAMIE GEMMITI PHOTO) 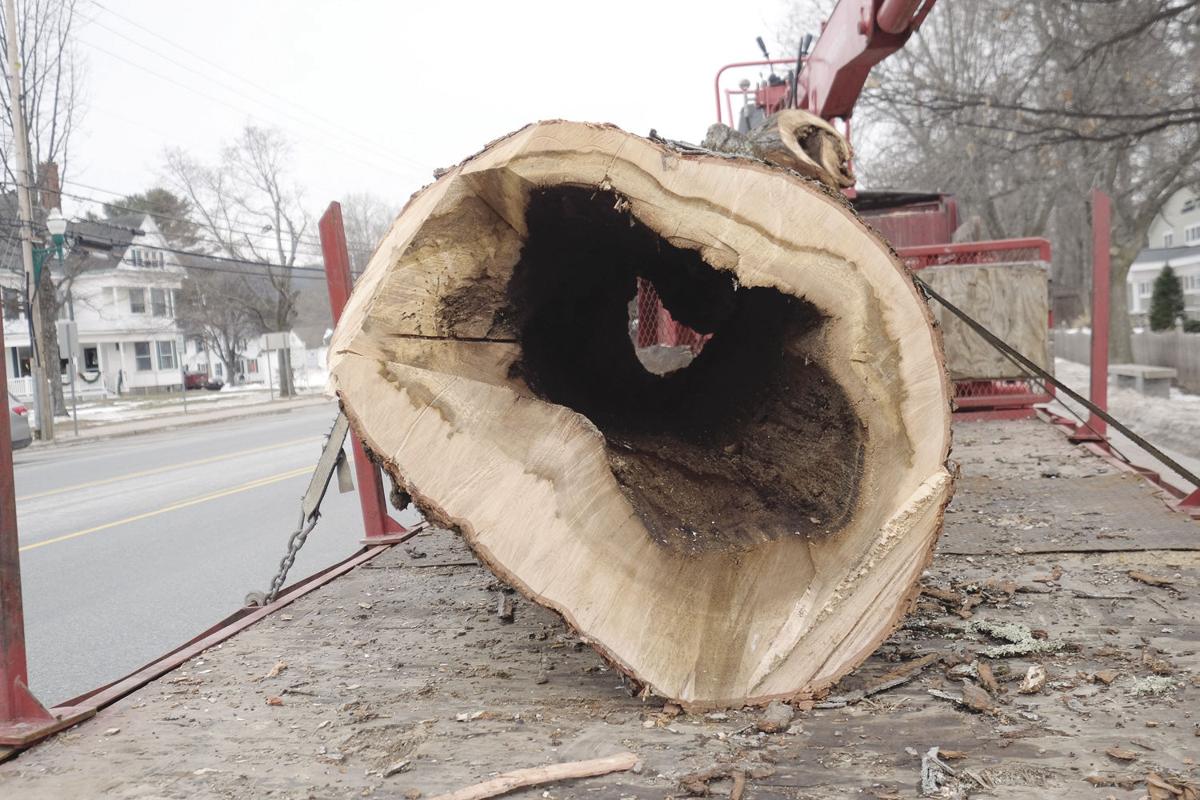 The silver maple tree cut near the Gibson playground was hollow throughout the trunk of the tree which is pictured on the trailer of East Branch Timberworks Monday. The tree was cut Friday. (JAMIE GEMMITI PHOTO)

East Branch Timberworks works on removing the tree from near the Gibson playground in North Conway on Jan. 10. In the bucket is Ken Dyer and on the ground is Chad Lewis. (JAMIE GEMMITI PHOTO)

The silver maple tree cut near the Gibson playground was hollow throughout the trunk of the tree which is pictured on the trailer of East Branch Timberworks Monday. The tree was cut Friday. (JAMIE GEMMITI PHOTO)

CONWAY — The planned removal of two large maple trees near the North Conway Community Center playground and another by the New England Ski Museum’s Eastern Slope Branch was completed Monday.

The trees, which were rotting, were removed out of safety concerns, said Tsoules and Carrie Burkett, general manager of the community center.

Burkett said the NCCC board voted to remove the two community center trees this past fall after they were cautioned by North Conway Fire Chief Pat Preece about the large silver maple.

“It was a safety concern with the information that the board received,” said Burkett. “They decided it would be best to take them down, as there was a concern about some of those big limbs coming down.”

Preece said: “My issue was with the large silver maple out front. I can’t speak about the other two trees, but my concern was that big one in front.”

“I just like to improve the safety whenever I can,” Butterfield said Monday. “It would be awful if one of those limbs came down on Route 16, the playground or the sidewalk. I like any chance I can get to help save lives.”

Asked what it cost to cut the trees down, Butterfield replied, “Several thousand dollars.”

The Gibson-Woodbury Foundation, which owns the old North Conway Community Center and leases it to the ski museum for $1 a year, has funded many improvement projects at the NCCC, and helped fund the transformation of the former center into the museum three years ago.

As owner of the ski museum property, the foundation does improvements like the removal of the third maple tree.

Tsoules said he had hoped to possibly save part of the large silver maple in front of the blue cabin on the grounds of the playground but it was too far gone.“Every single limb and the base were hollow and rotted,” said Tsoules, who estimated that the tree was 125 years old.

The playground formerly served as at the site of the old Kearsarge Hotel, which burned in 1917.

As for cutting the smaller maple on the playground, Tsoules and his crew discovered it was a tough task because the trunk of the tree had been filled with concrete and metal rods years ago as a way to keep it upright.

“Sparks were flying. It was a nightmare to cut it without hitting metal and concrete. We had to stop cutting it and push it over with our loader,” said Tsoules.

To comply with the town’s green space zoning requirements, Burkett said the board will be required to plant four replacement trees — which may include planting a new tree within the trunk of the large silver maple.

She also aid the community center is currently discussing a five-year plan for the center’s outdoor space, including the old blue storage cabin near the Harvey D. Gibson plaque, located next to the now downed maples.

Replacement of that cabin may be in the offing in accordance with that five-year plan, Burkett noted.

“We are currently seeking input through an online survey about what the public would like to see,” said Burkett, who was hired in August to join Executive Director Tim Scott at the center.