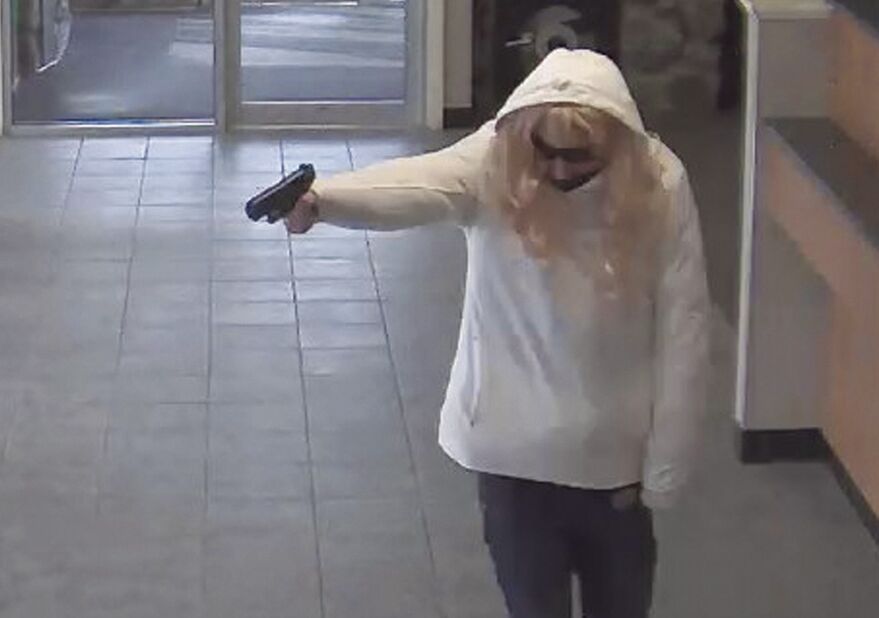 A security camera showed Andrew Gray in 2015 as he robbed TD Bank in North Conway. He was wearing a woman's blond wig and hoodie. (POLICE PHOTO) 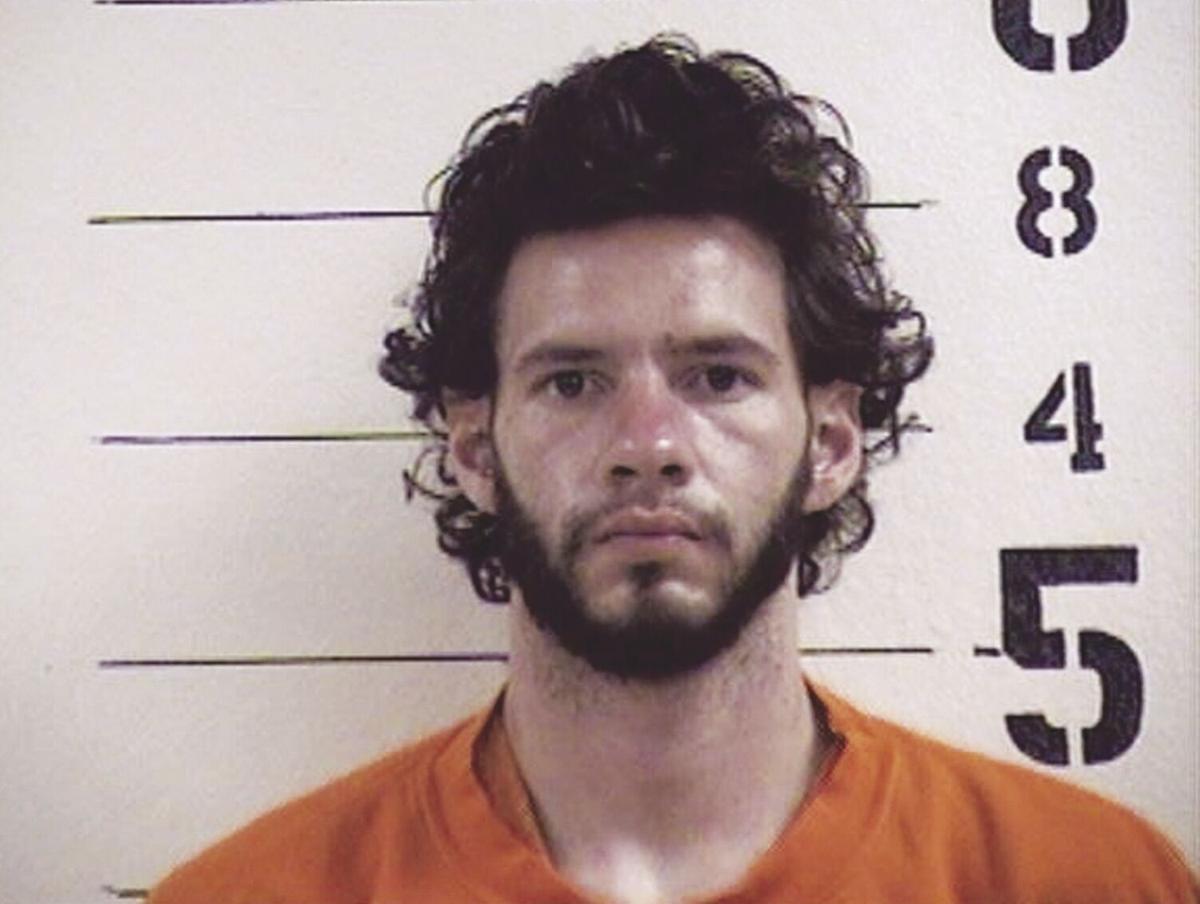 Andrew Gray has been charged with burglarizing the same North Conway home twice in two days. He is being held in jail with no bail. (COURTESY PHOTO) 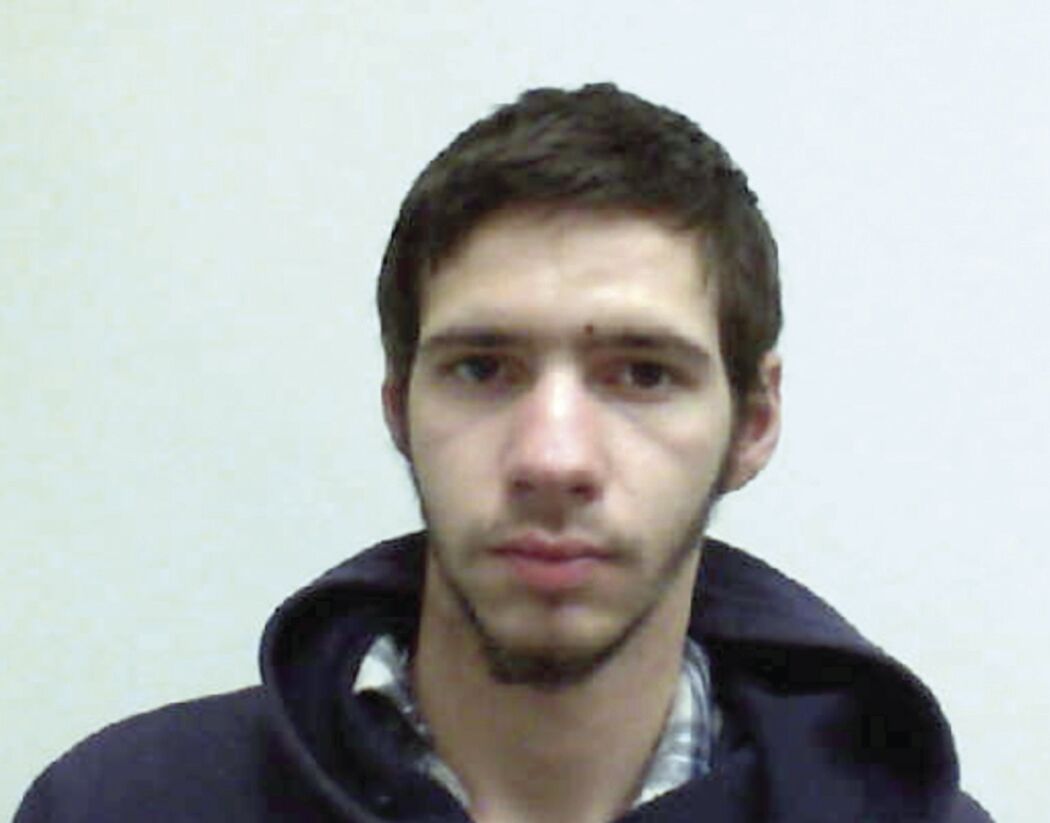 Andrew Gray in 2016 at the time of his arrest for bank robbery. (POLICE PHOTO)

A security camera showed Andrew Gray in 2015 as he robbed TD Bank in North Conway. He was wearing a woman's blond wig and hoodie. (POLICE PHOTO)

Andrew Gray has been charged with burglarizing the same North Conway home twice in two days. He is being held in jail with no bail. (COURTESY PHOTO)

Andrew Gray in 2016 at the time of his arrest for bank robbery. (POLICE PHOTO)

CONWAY — The man who robbed a TD Bank branch in North Conway in 2015 while disguised as a woman has been charged with burglarizing a Conway home twice in consecutive days this week.

Andrew Gray, now 25, was sentenced in Carroll County Superior Court in 2017 after admitting to robbing the TD Bank branch at 2561 White Mountain Highway on Nov. 13, 2015.

He turned himself into Conway police in December 2016 after a warrant was issued for his arrest.

He was given a three-to-six-year prison sentence with pretrial confinement credit.

During the robbery, Gray, formerly of Peabody, Mass., was armed with a gun and wearing a blonde wig, sunglasses, hoodie and tight pants, reportedly his girlfriend’s clothing.

Last May, Gray was charged by Hampton Police with burglarizing a home on Ocean Drive.

This week, Gray was charged with burglary for entering a Highlands Drive residence on Sunday and again on Monday with the purpose of committing theft.

Highlands Drive is in a rural section of Conway south of the village, east of Eidelweiss in Madison and west of Route 153 (Eaton Road).

He was charged with both a Class B felony and Class A felony as the crime allegedly occurred after sunset.

On Thursday, Rockingham Superior Court Judge Martin Honigberg ordered that Gray, who is still on parole from the bank robbery charge, be held. “Defendant was arrested in Conway while on bail in this case, charged with burglary,” said Hongberg referring to the Hampton charge. “The evidence is overwhelming that release will endanger the safety of the public.”

Conway Police Department’s case against Gray is outlined in a probable cause statement written by Sgt. Michael Boucher.

Boucher said he was dispatched to the Highlands Drive home shortly after 11 p.m. on Sept. 7 for a report that an intruder was inside. The homeowner was away and detected the suspect on her Ring security system.

The homeowner said the intruder seemed to be the same person who had been in her home the day before.

Boucher responded along with Sgt. Jaymes LaPoint and patrol officer Jake Clark. They stuck to “perimeter positions” while they waited for a state police K-9 unit to arrive.

“Upon the K-9’s arrival, we made entry into the home and located the intruder in an upstairs loft,” said Boucher.

“The subject walked downstairs to us, where he was taken into custody. The subject kept telling us this was a big misunderstanding, and that this was his grandmother’s residence and that he had permission to be there.”

He gave the homeowner’s name and said she was his grandmother and that he accidentally locked himself out of the residence. When asked by officers why it appeared that he was trying to disable the alarm, Gray said he had simply forgotten how to turn the system off.

Boucher noticed a partially open kitchen window and a damaged window grill in the sink along with an “upper window” with a broken grill still in place.

Boucher deduced that Gray knew the homeowner’s name because there was an insurance card with her name on it on a desk.

The homeowner spoke to Boucher by phone and said she doesn’t know Gray. She said he appeared in her home on Sunday and apparently got in because her daughter had left a side door unlocked.

“(The homeowner) said that the man ate snacks and had a canned beverage from the residence while inside her house,” said Boucher.

Boucher told Gray he knew he was lying. Gray then admitted he got the homeowner’s name from the insurance card.

“Gray said he was hoping to be able to stay at the home for a week, because he has nowhere to go and just got out of prison last week,” said Boucher.

“I asked Gray why he was at the home yesterday, and he said that that when he found the side door unlocked, he went inside, relaxed and listened to some music.”

Gray added that he “fixated” on the home because it’s his “dream home.” He said the second time he entered he went through the window.

Boucher said he learned that Gray had an open warrant for failing to appear on the Hampton burglary charge in Rockingham County, that he was still on parole for an armed robbery conviction and that he had only been released from prison about a week prior. He had been in prison for a parole violation.

Boucher said his parole officer said Gray is to be “sent back to prison.”

Gray will have a bail hearing and arraignment in Carroll County Superior Court on Oct. 22.