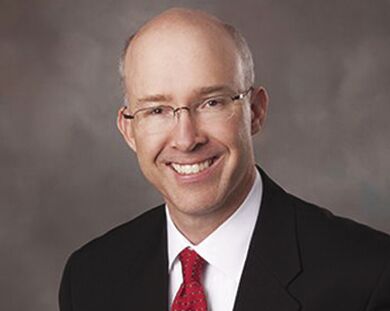 Matthew R. Johnson is an attorney with the Devine Millimet Law Firm of Manchester. He specializes in real estate disputes. (COURTESY PHOTO) 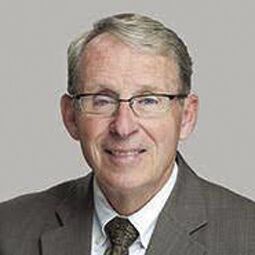 Mark Puffer is an attorney with Preti Flaherty of Concord. (COURTESY PHOTO)

Matthew R. Johnson is an attorney with the Devine Millimet Law Firm of Manchester. He specializes in real estate disputes. (COURTESY PHOTO)

Mark Puffer is an attorney with Preti Flaherty of Concord. (COURTESY PHOTO)

CONWAY — An association of short-term rental owners announced Wednesday a team of lawyers will defend them against a suit brought by the town of Conway.

The town, through its attorneys last week, filed a declaratory judgment to asked the Carroll County Superior Court to straighten out a standoff between rental property owners and the town following results of an April 13 town vote that town officials interpret as prohibiting non-owner-occupied short-term rentals in residential areas.

The petition for declaratory judgment is called "Town of Conway, New Hampshire versus Scott Kudrick individually and as a representative of a Class of similarly situated defendants.”

In a statement sent to the Sun on Wednesday, the Mt. Washington Valley Association for Responsible Vacation Rentals announced it has retained Mark H. Puffer of Preti Flaherty Law of Concord and Matthew R. Johnson of Devine Millimet Law of Manchester.

The association says its attorneys, described as experts in zoning, real estate and litigation, will represent both the association and Kudrick. They have been on retainer for the past two weeks.

The association has about 1,400 members and is headed by president David Cavanaugh. Town Manager Tom Holmes said last week there are about 500 short-term rental properties in town.

The association says it has raised "tens of thousands of dollars" for the legal fight, lobbying and "community betterment projects."

“I am so proud of our membership," said Cavanaugh. "We have brought together such a talented pool of diverse individuals who share a common goal and love of Conway.

"The town has portrayed us as businesses or absentee owners, which has not been my experience. Our members are ski families, local business owners, a county commissioner, a state representative and even owners who do not rent but wish to protect their home values and rights. People concerned about the town’s actions should join and contribute to our cause.”

Kudrick, who lives in Portsmouth, said: “By volunteering my time as a member of the Town of Conway’s Short-Term Rental Committee, I hoped to avoid unneeded and expensive litigation. Now, special interest groups are using tax dollars to fight their cause and take away valuable property rights. Banning short-term rentals will have unintended consequences and will negatively impact the entire valley's economy by reducing jobs as well as money spent in many of the town's businesses.”

Kudrick said he isn't sure why he was singled out. He hopes it wasn't in "retaliation" for having opposing views from other committee members in their meetings to draft regulations.

Cavanaugh in an email to the Sun said the association is in the "process of commissioning an economic impact study by a third-party expert." He said he's asked Holmes about having the town do a study.

Meanwhile, the town is represented by Peter Malia of Hastings Malia in Fryeburg, Maine and Russ Hilliard with Upton & Hatfield LLP.

Through its petition, the town seeks the following:

• An order certifying the defendant class as including all owners and operators of the properties used for short-term rentals within the town’s residential zoning districts that are not owner-occupied, and providing for appropriate notice to class members.

•  A declaration that the Conway Zoning Ordinance does not permit short term rentals in the residential districts that are not owner-occupied.

The town's argument is the ordinance is "permissive," meaning it describes property uses that are permitted or permitted by special exception.

"The CZO does not permit, in a residential zoning district, commercial uses such as Airbnb, vacation rental by owner (VRBO), and similar short- term rental arrangements (collectively 'STRs'), unless in an owner-occupied home," said the petition. "These new uses have proliferated recently, many being investor-owned, and resulting disruptions of residential neighborhoods have become a cause celebre within the town.

"Moreover, they are so numerous as to be impossible to police on an individual basis, and a judicial ruling on the proper interpretation and application of this aspect of the CZO will serve the public interest."

The association sums up Conway's petition thusly, "The Town of Conway is seeking a Declaratory Judgment to determine whether current zoning laws permit Short-Term Rentals which has been a long-standing tradition amongst ski families in the idyllic town."

New Hampshire Judicial Branch website cryptically states that Kudrick on June 8 was "unserved." Kudrick said he wasn't served that day and his attorneys would be accepting service for him.

The town must confirm service by Aug. 13. Kudrick has 30 days to respond after being served the lawsuit papers.

Holmes, who is the town's spokesman on the STR issue, said he wouldn't have more to share until after the June 22 selectmen's meeting.

Cavanaugh said that 47 percent of homeowners don’t have their primary residence in Conway and can’t vote. The statement says that these part-time residents are "tired of being ignored" and that the association wants to find "common ground" with the town.

"We learned last week that the town assesses non-resident (residential) properties at a rate of 24 percent higher per square foot and the assessed value of land is 42 percent higher per acre for non-residents," said Cavanaugh, who said he was citing data and summaries provided by a North Conway real estate company with the use of public property data.

"Conway, like other ski towns, has a taxation without representation problem.”