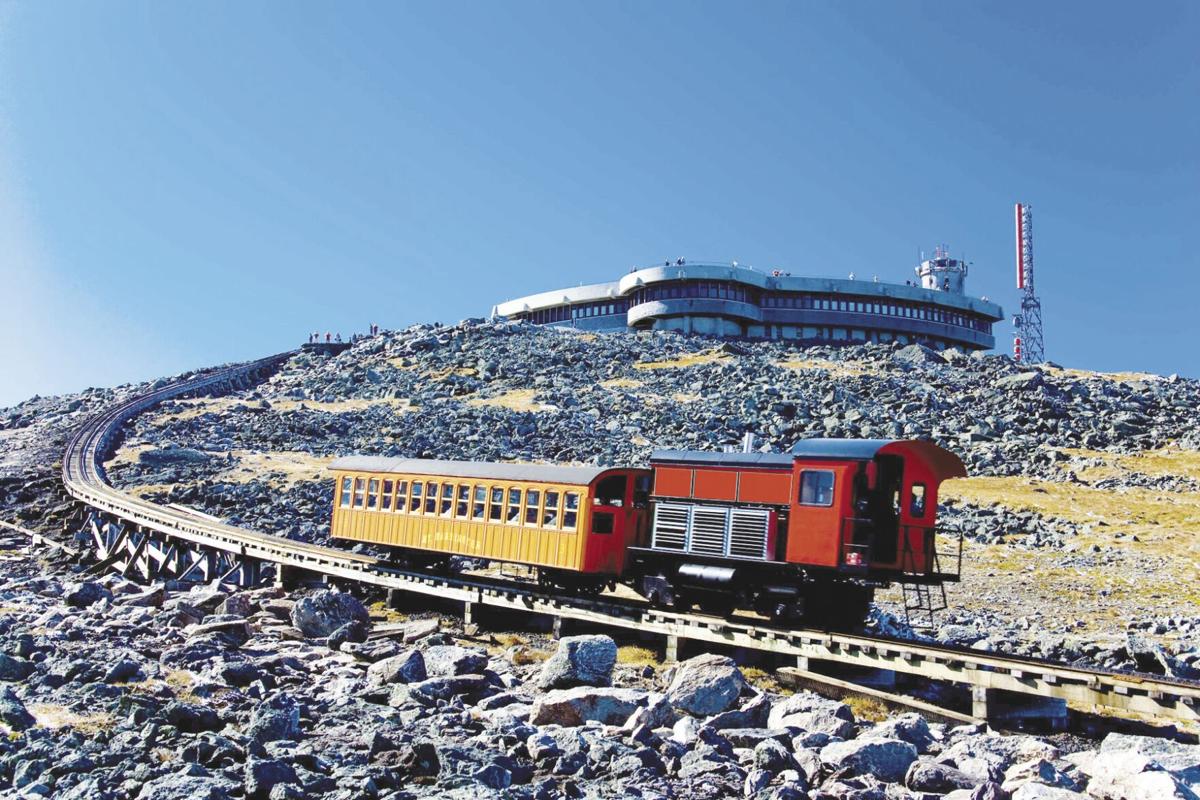 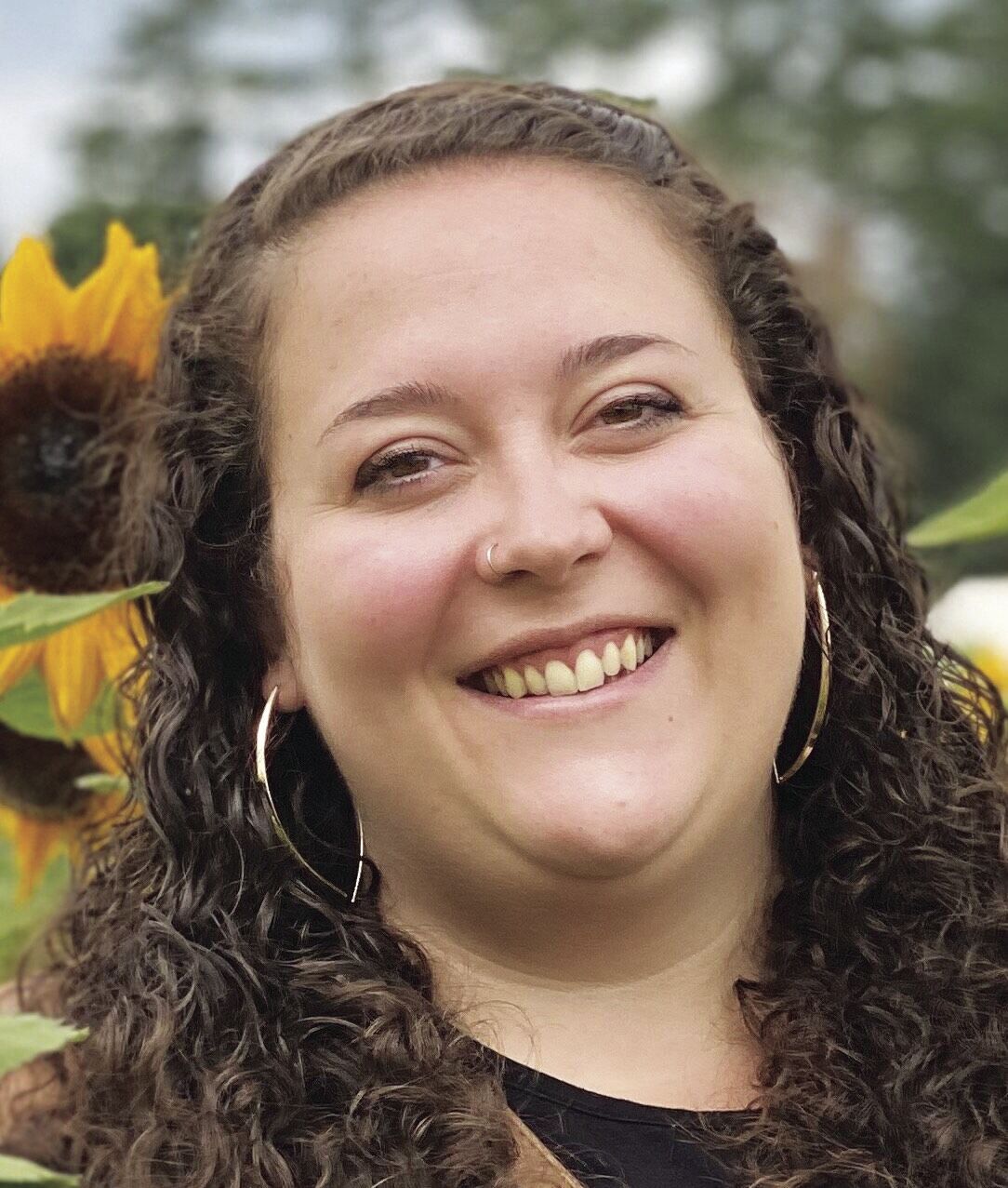 Christa Rousseau of Randolph has been hired as operating retail manager in the gift shop in the Sherman Adams Building on the summit of Mount Washington. (EDITH TUCKER PHOTO)

Christa Rousseau of Randolph has been hired as operating retail manager in the gift shop in the Sherman Adams Building on the summit of Mount Washington. (EDITH TUCKER PHOTO)

SARGENT'S PURCHASE — A proposal to charge admission to enter the Sherman Adams Building on the summit of Mount Washington will not be presented this year for legislative approval, although there was a discussion last month by the Mount Washington Commission to do so.

The commission advises the state Department of Natural and Cultural Resources in the management of summit property owned by the state.

State Sen. Jeb Bradley (R-Wolfeboro) chairs the commission as well as a subcommittee on charging fees. That subcommittee on Jan. 8 discussed the idea of charging entrance fees at the two-story concrete building that houses a cafeteria, bathrooms, gift shop and other amenities plus access to the Mt. Washington Observatory, its museum and staff quarters.

But at the commission's Zoom meeting held last Friday, Phil Bryce, director of the Division Parks and Recreation, relayed the decision not to charge a fee made by Natural and Cultural Resources Commissioner Sarah Stewart.

No fee has ever been charged to enter Sherman Adams Building.

The idea to charge a fee was first floated last Aug. 28 by attorney Jack Middleton of Freedom, who represents the Observatory on the commission. At that meeting, he said charging a $5 fee could help pay for costly capital projects at the summit.

In response, Bradley appointed a fee study subcommittee, naming himself the chair. He pointed out that “much care and consideration would be needed to determine the amount and implementation of fees, including the long-term financial viability and capital projects for the park that would convince both the Legislature’s Fiscal and Capital Budget committees.”

Responding to the chairman’s request, Stewart and Bryce submitted a proposal for a $4 base entrance fee for consideration at a Jan. 8 subcommittee meeting.

Figuring out how much revenue would be raised by an entrance free was complicated by the fact that the state Fire Marshal has capped the number of people who can be inside the building at one time at 300.

Also, still unknown is when even stricter COVID-19 restrictions can be lifted.

Bradley and state Rep. Karen Umberger (R-Conway), who serves on both the House Finance Committee and the Joint Legislative Fiscal Committee, agreed this was not a good year to seek approval for a new fee. Nonetheless, Bradley said the proposal led to good discussion, giving commission members “a chance to kick the tires.”

Umberger said some legislators have probably never been up to the summit and many others haven't been there since the now-60-acre park was enlarged.

Attorney Paul Fitzgerald, now a public member but in the past a representative of the Obs, said he thought adding an entrance fee would be a reasonable solution to generating new revenues at the 6,288-foot summit. “I’m more than disappointed,” he said.

Bradley — who said he “wholeheartedly” agreed with Stewart’s decision — said it was unlikely a fee proposal would pass Fiscal Committee muster without a unanimous commission vote in favor of imposing it. He added that if the Legislature turned it down, it would be that much harder to get any fee approved in the future.

Umberger said state agencies like Parks, Transportation and Education should have a prioritized list of projects at the ready if and when more federal funds flow into the state to help defray pandemic costs and/or jumpstart the economy post-COVID.

In other business discussed at the Feb. 19 Zoom meeting was the cost of replacing one of the replacing one of the roll-up entrance doors to the Sherman Adams Building that could allow the state fire marshal to increase the building’s safe capacity up to 500 people, spread over two floors.

The previous back-of-the-envelope estimate only included materials but not labor and other costs and a more realistic estimate is $150,000. However, before final plans are drawn up, the fire marshal wants to do a walk-through inspection.

However, hopes that this replacement could be completed by the end of May were dashed, given the time it takes to go through the state’s bidding process, plus the governor and Executive Council approval process. The summer tourist season will likely be over before the work could be completed.

Everyone, however, was pleased to learn that Gov. Chris Sununu, plus U.S. Sens. Jeanne Shaheen and Maggie Hassan, were able to reverse rules adopted by the Trump administration on how monies can be spent on the “state side” of the now permanently funded Land and Water Conservation Fund. The state will continue to determine how these dollars are to be spent, and those decisions will not be made in Washington.

Funds needed to pay for part of a new sewage treatment plant in the Mount Washington State Park — still in the design phase — will again qualify for LWCF dollars. The state already has $1.8 million in its capital budget for the project and can now count on this federal program to help fund the shortage, which may total as much as $1 million.

Another topic: The Observatory has chosen the type of portable ventilator units it wants to purchase in order to open its summit museum. The museum was closed all last summer, and remedying this is not only critical to the non-profit’s financial health and but also will let it fulfill its educational mission.

At its last meeting, the commission gave the green light to using its own funds from a special museum account to pay for them.

If they need to charge a fee they should give the option of buying a season pass.

Instead of charging a fee to enter the building, charge a per person fee for everyone coming to the summit via car (auto road) or cog. The cog and auto road folks can collect 1.00 per person and turn the monies over to the state each quarter. Simple solution. And it will raise more money.