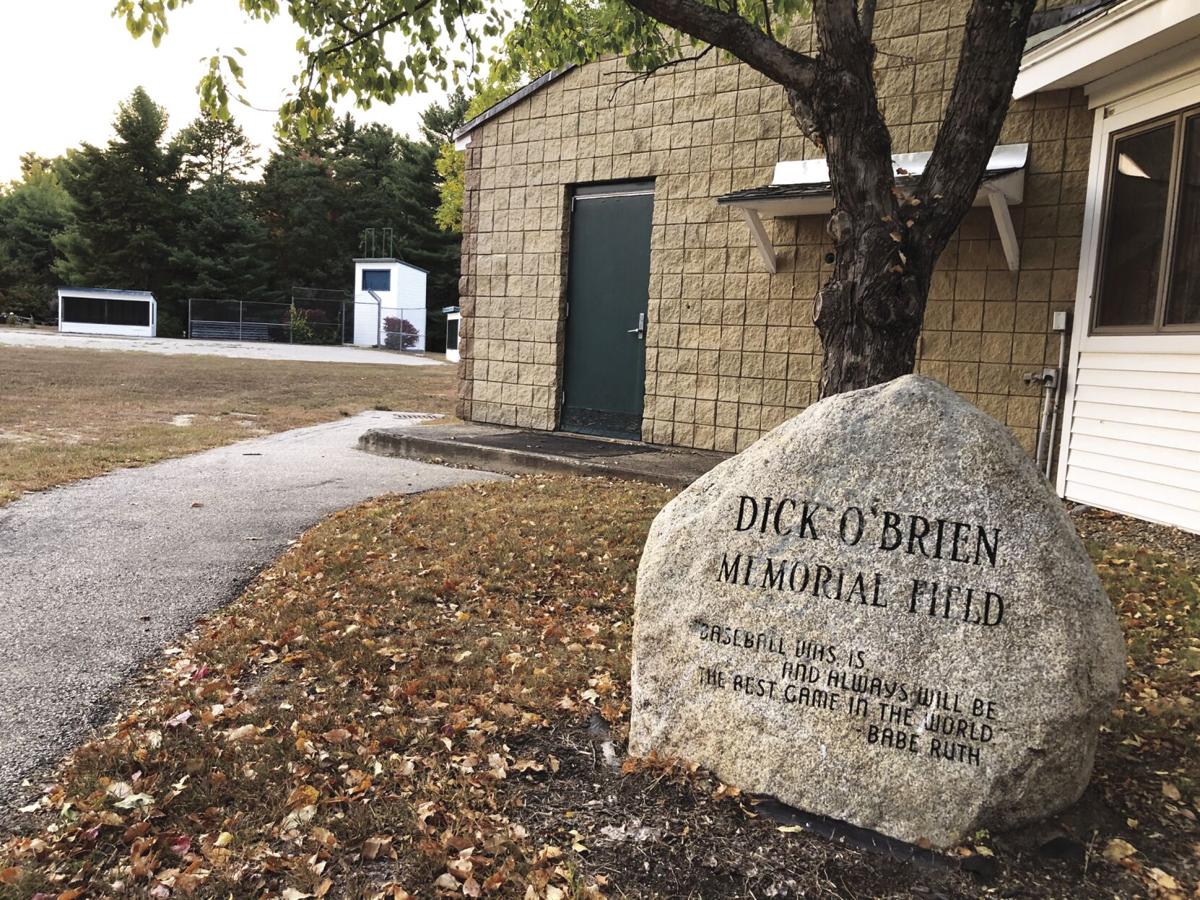 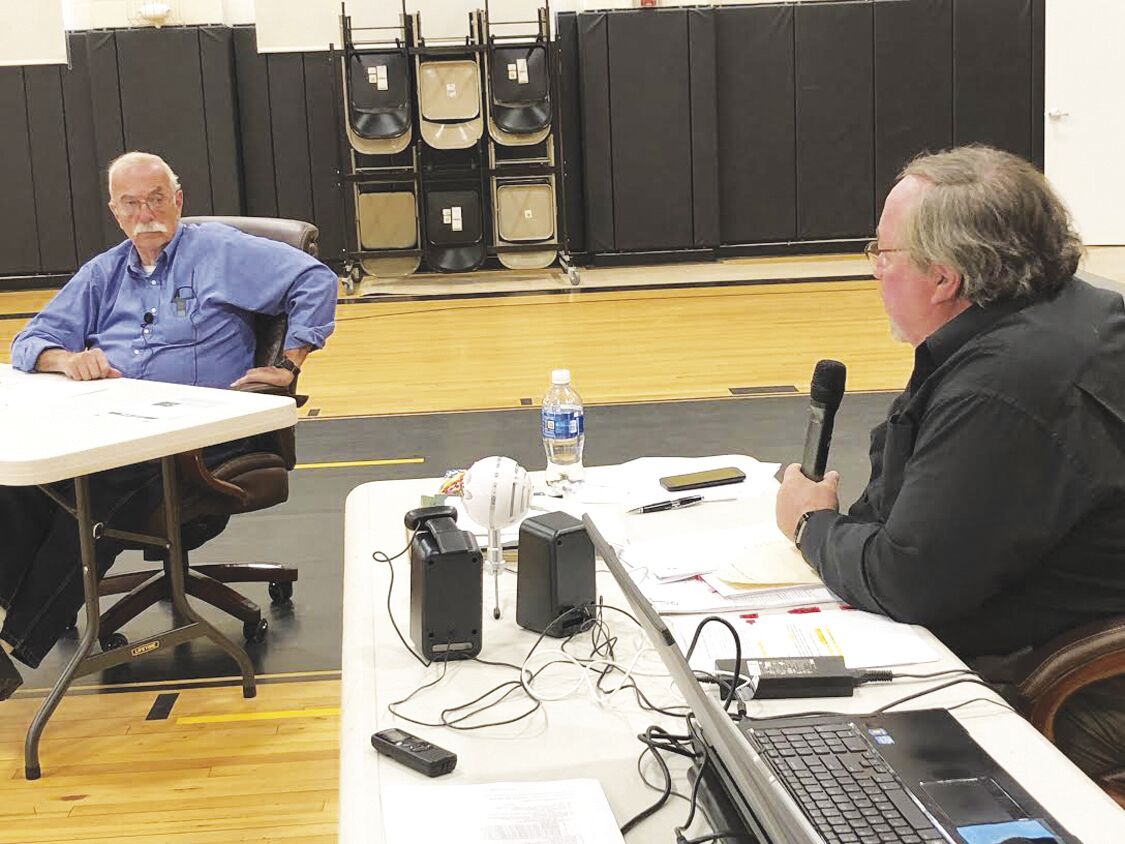 CONWAY — Thanks to a pledge by community benefactors Sut and Margaret Marshall to cover demolition costs, selectmen voted unanimously Tuesday not to sell the Conway Community Building (the town’s old recreation center) in Center Conway.

Instead, they plan to raze the buildings, which were found to be contaminated with asbestos, while maintaining the ballfield and infrastructure on the 4.3-acre property.

The board had met with Sut Marshall in a non-public session at the end of their Sept. 15 meeting to discuss the Marshalls’ offer to cover the $106,000 cost of demolishing the Conway Community Building (the original Pine Tree School) and gymnasium and to also donate $50,000 toward creating community gardens. Meanwhile, while the town Parks and Recreation Department would continue to pay out of its budget for maintaining the Dick O’Brien Memorial Field.

“When we came out of non-public session at our Sept. 15 meeting, there was no press present so the board felt it best to hold off on the vote to do it in public at this week’s meeting,” Town Manager Tom Holmes said after Tuesday’s session.

“Selectmen decided that that amount is not worth selling the property, given its value to the neighborhood,” Holmes told the Sun Wednesday. “The Marshalls have made a very generous offer and (pending the final OK) have taken the cost of the demolition off the town’s back.”

Under the pending agreement, the town would be responsible for filling the holes post-demolition with materials from the town’s landfill.

The agreement is being reviewed by town attorney Peter Malia of Hastings and Malia and by the Marshalls’ legal counsel.

At Tuesday’s meeting in the Marshall Gym at the new home of Conway Parks and Rec in Kennett Middle School in Conway Village, Holmes read a statement:

“The board of selectmen have decided not to sell the old Rec property but instead to keep it and maintain it as a park and ball field in Center Conway. They are accepting an offer by Sut and Margaret Marshall to pay for the demolition of the building.

“The Marshalls are also donating, over and above the demolition costs, $50,000 for the creation of community garden plots to be made available to Conway property taxpayers; some of the plots will be handicapped accessible. It is the Marshalls’ wish that the property remains free of other structures aside from a maintenance shed, playground equipment, dugouts and scoreboard associated with Dick O’Brien Field,” Holmes read.

“The proposal is being reviewed by the town attorney and will be written into a contract of memorandum of understanding for the Marshalls to review and sign.

“We are very grateful to the Marshalls for their generous gift and wonderful proposal that will allow the people of Conway, especially those in Center Conway, the use of the park and recreation area for years to come.”

At Tuesday’s meeting, Selectmen John Colbath and Mary Carey Seavey publicly thanked the Marshalls for their offer, with Selectmen’s Chair David Weathers, Vice Chair Carl Thibodeau and Steve Porter joining them in voting for the motion made by Colbath and seconded by Seavey to not sell the property and to accept the Marshalls’ offer.

Colbath said he had originally been for the sale of the property and had served on a committee with Seavey, who was not in favor of selling it, but he said that the demolition of the building would have to be part of it. He said with the asbestos issues he had come around to change his mind and now believes that keeping the ballfield was the best community option for the future.

Seavey thanked the foresight of former selectman Ray Leavitt of Center Conway, who had championed retention of the ballfield.

Leavitt had spoken at deliberative town meeting and had written a letter to the Sun last spring urging the town not to sell the property. “As I stated at the deliberative meeting, we should not develop every piece of property just because we can. Having green space in a village is an important attribute of any town … Having the old rec property abutting the rail corridor with parking would make a natural spot for access to (a rail trail). It would make a very valuable piece of land for the town.”

Contacted Wednesday, Sut Marshall said he and Margaret look forward to signing the agreement once it is reviewed by the attorneys.

“We are very excited about this project and look forward to having more to share once the review is completed, hopefully next week,” said Marshall.

In May, town residents voted 1,003-410 to allow selectmen to sell the former recreation facility located at 1808 East Main St. in Center Conway. Last year, the rec center was moved into an unused portion of Kennett Middle School. Since then, the old building has been left vacant.

Earlier this month, Holmes provided the Sun with a copy of the limited asbestos-containing materials inspection report signed by Stephen McPherson, senior safety and health professional for the Concord-based Lawson Group, a health and safety consultant.

In his Aug. 4 cover letter to Conway Public Works Director Paul DegliAngeli, McPherson wrote that the inspection of the community building took place over two separate visits, July 16 and 21.

In the gym, asbestos material was found in the floor type and tile adhesives in places like the lobby, ticket booth and gym office, the report said.