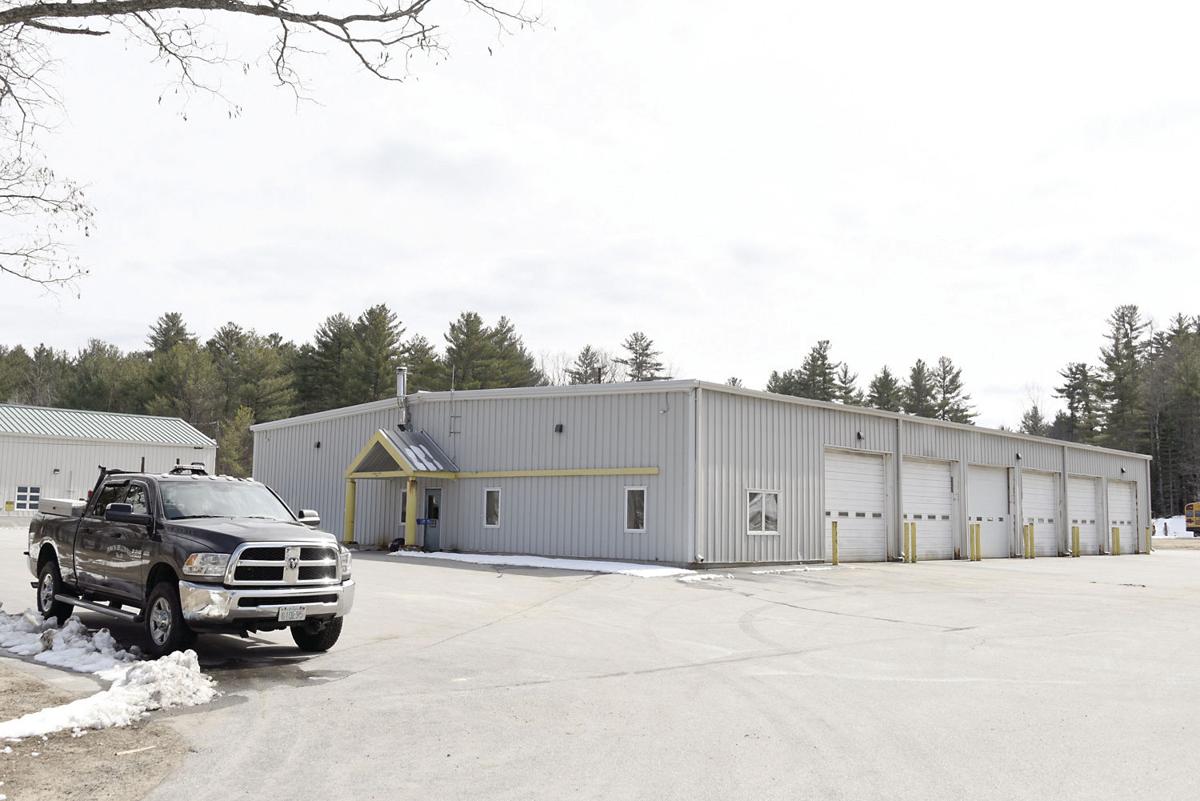 The town garage behind the Center Conway Fire Station, where voting is scheduled to be held April 14. (JAMIE GEMMITI PHOTO) 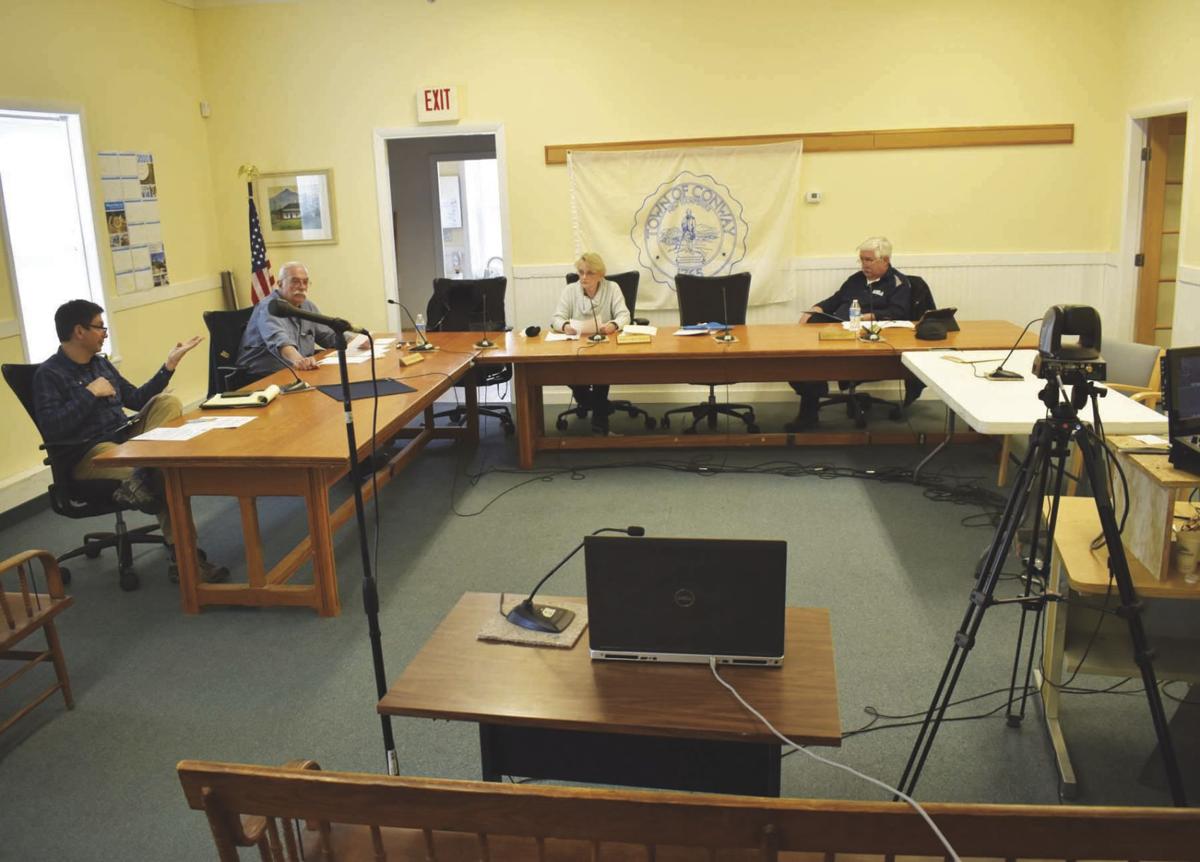 The town garage behind the Center Conway Fire Station, where voting is scheduled to be held April 14. (JAMIE GEMMITI PHOTO)

CONWAY — Selectmen on Tuesday discussed the possibility of going to "drive-through" voting at the April 14 elections due to the coronavirus outbreak.

Selectman Steve Porter, an employee at Grant's Shop 'n Save in Glen, could not attend as he had to work,

Selectman John Colbath appeared by phone from Berlin, where he works, and Town Manager Tom Holmes appeared from home via a laptop computer that was placed at a table that meeting guests normally use.

"It's our first attempt at teleconferencing," Weathers observed.

Emergency Management Director Matt Leavitt gave the board an overview of the coronavirus situation. He reported that U.S. has 50,931 cases. As of Monday, New Hampshire had 101, and Carroll County had seven.

DegliAngeli said town officials and the New Hampshire Municipal Association have been after Gov. Chris Sununu for guidance on whether to hold the April 14 town meeting vote.

"We have talked about some possibilities," said DegliAngeli. "Drive-through voting, for instance. We could potentially do that utilizing the Public Works garage bays as a drive through."

Residents would fill out their ballots in the car, feed them into the machine and then drive off.

Holmes said at least for now, the April 14 date has not changed. He added that Town Moderator Deborah Fauver said she would discuss on April 1 whether to postpone the election.

In an email to the Sun Wednesday, Fauver said: "The town and school moderators, the selectmen, the town clerk and the town attorney are staying in touch about the April 14 election. We hope to be able to make a decision by the first of April.”

She said there's "only so much" the town can do since Sununu and President Donald Trump have been changing their guidance on a daily basis.

The governor recently banned events involving 10 or more people. Holmes said the governor's order would apply to the vote.

Weathers said based on (the lack) of traffic, it appears that people in the Mount Washington Valley seem to be staying at home as they should be.

Weathers concluded the meeting with the advice of "stay safe, be healthy and look out for your neighbors."

On Monday, Sununu issued new emergency orders saying that municipalities no longer have to provide a public place to view meetings as long as the public has access to the meeting by phone, video or other electronic means. Meeting notices must state how the meeting can be accessed remotely. There must be a mechanism to allow the public to alert the public body (such as selectmen) if there are "problems" connecting remotely.

Meeting attendees reported difficulty hearing each other on Tuesday.

"We have a few wrinkles to iron out," said DegliAngeli.

DegliAngeli suggested that big-screen smart TVs could be brought from the Rec Center at Kennett Middle School to town hall so everyone can see plans and other documents.

As for town hall operations, DegliAngeli said the building has been closed to the public for the time being. He said most staff members are working from home as much as they can. There is a "skeleton crew" in the office.

If a resident reaches a town staff member at home, that staff member would call the town hall to ask that a member of the skeleton crew call that person back.

Holmes said the welfare office led by BJ Parker has been "smoothly" transitioning to working at home.

"We are expecting a tremendous extra burden to show up on welfare," said Holmes. "We will be assessing that when or if it shows."

DengliAngeli asked selectmen for the authority to promote on the town website Town Clerk services that can be done online.

"There's no reason not to do your your registration online if not by mail, right?" said DegliAngeli.

Town Clerk/Tax Collector Louise M. Inkell explained in an email to the Sun which services can be done online and which can't.

"At this time, the Town Clerk’s Office will be staffed Monday through Friday to process online transactions, mail in renewals and answering phone calls.

"New vehicle registrations, new dog licensing and Marriage Licenses are not available as online transactions. They can contact the Town Clerk’s Office at (603) 447-3811, option 3 for assistance."