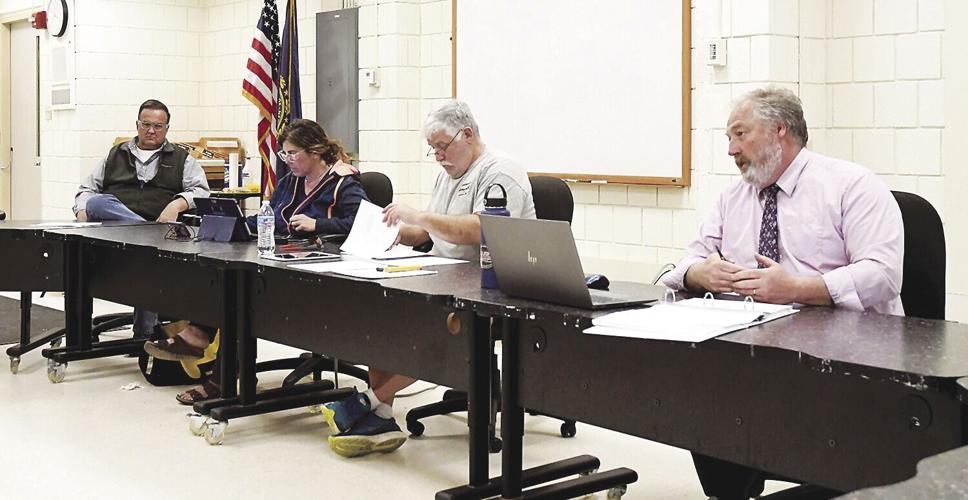 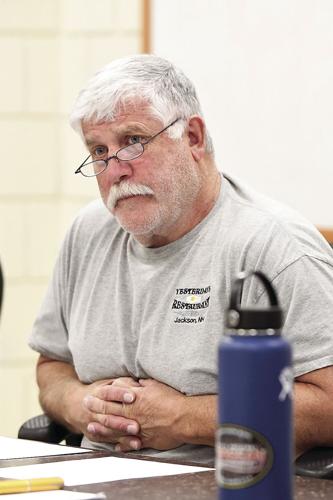 Joe Mosca, chairman of the Conway School Board’s school closure committee, has asked for a worst-case scenario for the length of time a student will be required to ride a bus if the district goes from three to two elementary schools with a K-2 and 3-5 model as well as two K-5 models. (LLOYD JONES PHOTO)

Joe Mosca, chairman of the Conway School Board’s school closure committee, has asked for a worst-case scenario for the length of time a student will be required to ride a bus if the district goes from three to two elementary schools with a K-2 and 3-5 model as well as two K-5 models. (LLOYD JONES PHOTO)

CONWAY — While the decision if or when to close one of the three elementary schools in Conway has yet to be reached, the Conway School Board’s school closure committee is narrowing in on what two remaining schools could look like.

At its May 5 meeting, committee members leaned toward two K-5 elementary schools rather than a K-2 and grade 3-5 schools. Members also spent the bulk of their hourlong meeting talking about bus routes and concerns about some children potentially spending up to three ho rs a day on a bus to and from school.

Under both plans, if a school is closed, sixth-graders would make the jump to Kennett Middle School making it a 6-8 school.

Richard shared a document that looks at each school from its location; the size of the facility and size of classrooms; condition of the facility; utilities; community impact; potential for expansion; value if sold; and transportation implications (traffic/parking/bus space).

Mosca, chair of the closure committee, said: “Looking at this, the three schools are fairly consistent in size, there isn’t that much difference in square footage from any one of the three schools. They all have 16 rooms that look like classrooms. So I think it comes down to other elements.”

Conway Elementary, which the committee has said will not close, is the largest of the three at 41,603 square feet. John H. Fuller is 41,127 square feet and Pine Tree is 40,321 square feet.

Pine Tree sits on 15.36 acres. John Fuller is on 10.76 acres. Conway El is on 9.72 acres from the front of the building to the back of the baseball fields to the Brown Church.

In terms of paved parking spaces, Conway El has 171 spots but it is a shared with SAU 9, Kennett Middle School and Conway Rec. John Fuller has 81 spots with 49 in the main lot and 32 in the former SAU 9 lot. Pine Tree has 61 total spaces.

Under utilities, Conway El and John Fuller both have had HVAC upgrades and their gas boilers are less than 5 years old.

Pine Tree currently lacks Phase 3 power and town water/sewer. Its sprinkler system with a diesel-operated motor is located in a pit. Its gas boiler is less than 5 years old.

Transportation implications for Conway El would be increased traffic with potentially more students on the campus. For Pine Tree, pickup and drop-off are already straining traffic patterns. At John Fuller, there would be no significant impact with additional students.

There are currently 808 students projected next year for grades K-8.

The school administration has recommended, should a school close, there be K-2, 3-5 and 6-8 schools.

In terms of bus times, Hill said: “Now, your elementary runs, both morning and afternoon, are only about 30 minutes. That’s pretty good.”

Marvel wondered where a child with the longest bus route might live.

“My house,” Whitelaw said, adding, “It was over an hour for my daughter.”

“For me, over an hour is unacceptable,” Mosca said, pointing out some routes would be that long due to a K-2 and grade 3-5 school model, which would be a break from a community school model of K-5.

“Shouldn’t we consider both of those options and have information regarding both?” Marvel asked.

“It seemed to me when we came in here, it was already decided we were going to K-2 and 3-5. If we had both options planned out, then we wouldn’t be trapped into one.”

Mosca sees this as the next step.

“I think I can see Kevin’s pupils rolling,” Jost said.

“I just want to be careful you know that the amount of time and energy to develop bus routes for a matrix of 12 different options can become (quite time-consuming),” Richard said.

Mosca said the committee needs to look at the worst case, not going into “every detail” with each stop.

“As long as you guys understand, just like with these financials, we’re going to give you a conservative estimate until there are further decisions that are made,” said Richard. “And then we can drill down a little bit more.”

“If the bus route goes from out on Green Hill Road to John Fuller, to Conway El to drop off that third- grader, (Mom) isn’t going to have her kid on the bus for an hour and 20 minutes. She’s going to drive the kid to school. So that throws off that whole (time on the bus) calculation because now those parents out there are going to put together a carpool and say, ‘I’m not going to have my kid on the bus for an hour and a half. We’re going to drive them to Conway El.’ You’ve just shortened that bus route by about 30 minutes.”

Whitelaw offered: “I drive them from my house to John Fuller, that’s like 30 minutes for me to get from John Fuller just driving. Those kids would be on the bus for far too long to ask any parents to put their child on a bus. That’s like three hours a day you would lose with your child.”

“We still need to look at everything, to decide what is best for the community,” Mosca said. “And so it’s going to be a little bit more work. But if we don’t look at everything, then I don’t think this committee can make a recommendation to the school board that has any merit to it,”

The committee is scheduled to meet again on May 26 at 3:30 p.m. in the Professional Development Center at the SAU 9 Office.