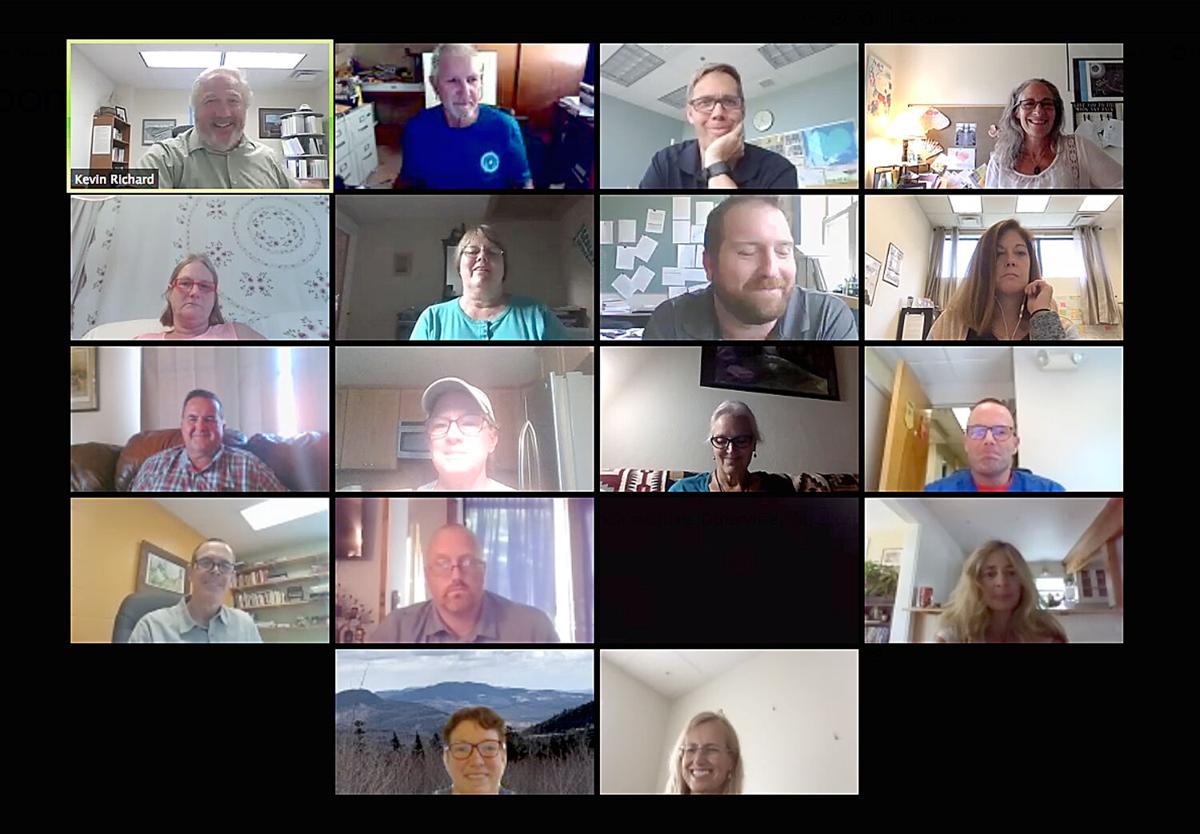 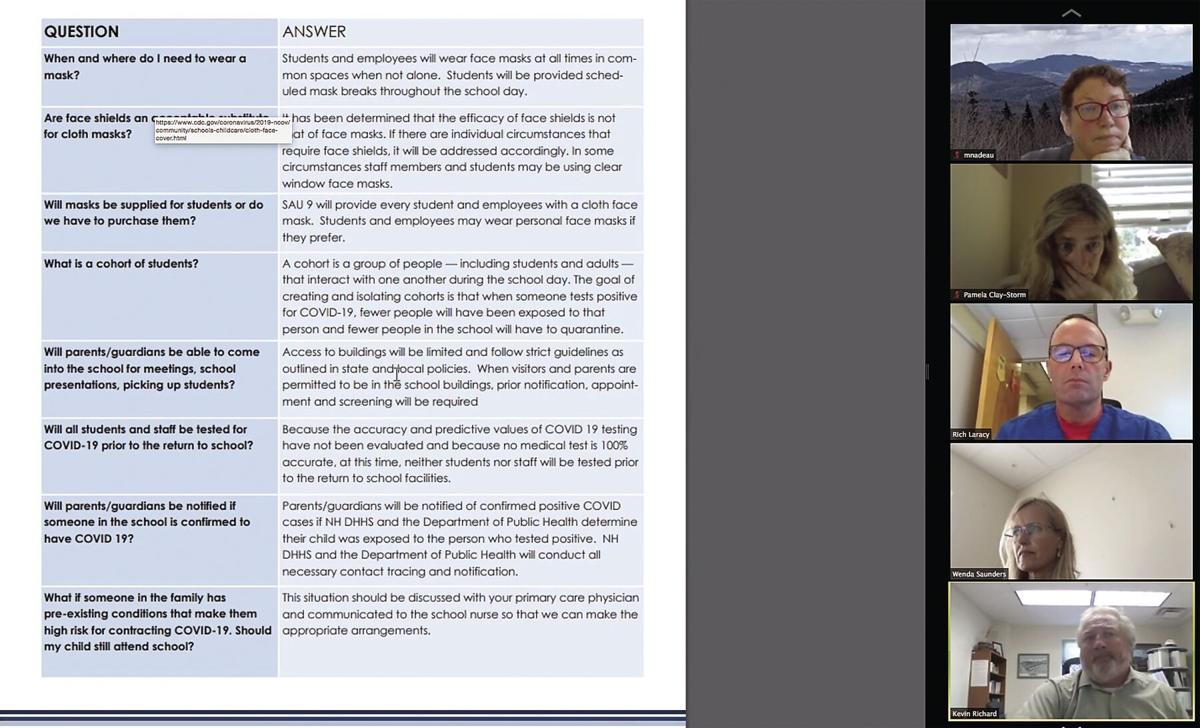 CONWAY — The SAU 9 Re-Entry Committee Plan, a 35-page document crafted by 50 community members over the past seven weeks, is now available to the public on the SAU 9 website.

You can see the full plan at tinyurl.com/y2mfzxl2. It covers a variety of topics, including how the school environment will change; parent responsibilities; safety precautions; scheduling; transportation and co-curricular options for the three scenarios (face-to-face, hybrid and remote learning).

For example, the transportation section shows seating arrangements on buses and lists PPE (personal protective equipment) requirements at bus stops and at school.

The plan, with a recommendation to open the school year with face-to-face learning in Bartlett, Conway and Jackson, will go to the SAU 9 Board, which meets tonight at 6 p.m., in the Loynd Auditorium at Kennett High School. The meeting also will air online via Zoom.

The board, which will hold the first in-person meeting since March 13 — when the COVID-19 pandemic forced schools to go to remote learning for the last third of the 2019-20 school year — is made up of school board members from Albany, Bartlett, Chatham, Conway, Eaton, Hart’s Location and Jackson.

“We’re looking for a couple of things on Thursday,” Superintendent Kevin Richard told the Sun on Tuesday. “We’d like to see a recommendation of the plan. Do they all recommend what we have in place for re-entry to our schools with the strict guidelines about transportation, making and cohorts?”

Richard said the SAU 9 Board chaired by Nancy Kelemen of Bartlett, who also served on the steering committee for the Re-Entry Planning Committee, will be able to ask committee members about the plan.

“Hopefully, the SAU 9 Committee accepts the plan,” Richard said. “The second thing I’m hoping for is the SAU 9 Board will make a recommendation to the area boards under which scenario will we open the school year, whether it be face-to-face, remote or something different."

Richard and the committee recommend a face-to-face return to school . Other options include remote learning or a hybrid of the two.

“I don't have any children, but my job really stinks when there aren't any children in the building,” Gayle Dembowski, principal of the Jackson Grammar School and a member of the SAU 9 Re-Entry Committee’s steering committee, said July 29 at the final review of the plan. “So I need my kids to come back so I can remember my drive and I really think it's best for them.”

She added: “I know I'm hearing stories of depression, and particularly middle school-aged kids missing their friends and that human relationship, so I'm all for bringing them back as long as it seems to be relatively safe.”

“I feel confident in sending children back for face-to-face instruction,” Dr. Laracy said.

Dr. Saunders said: “There's good data from the schools reopening in European countries that most are not seeing a significant spike. The ones that are seem to be the ones that opened when their level of disease was much higher than we are right now. I think we've got to get those kids back in school — the majority of them have really lost a lot academically as well as socially.”

Richard said the recommendation could change a month from now if a larger volume of coronavirus cases are reported.

“This is a snapshot in time,” he said. “Today we feel confident we can return to face-to-face instruction. It'll be revisited every week, even on a biweekly basis, it's going to be revisited.”

Following the SAU 9 Board meeting, area school boards will decide on the best course of action for their schools.

Of the final plan, Richard said: “It’s detailed, and it gives you a baseline. I think this is what people were expecting from the governor’s office and the (education) commissioner. ... Regardless of which scenario that we begin the school year under, there is a very solid plan in place.”

Richard said SAU 9 has hosted over 20 separate listening sessions over the past two weeks and have heard from hundreds of parents, guardians and staff.

The first day of classes for SAU 9 had been scheduled for Aug. 31, with teachers set to return Aug. 26. But Richard told the Conway School Board on July 2 that opening day will now be in September.

“There’s great potential that I will be recommending to the SAU 9 Board some calendar revisions,” Richard said. “We are in the process of developing the calendar with potentially the start (being) the Tuesday after Labor Day (Sept. 8).”