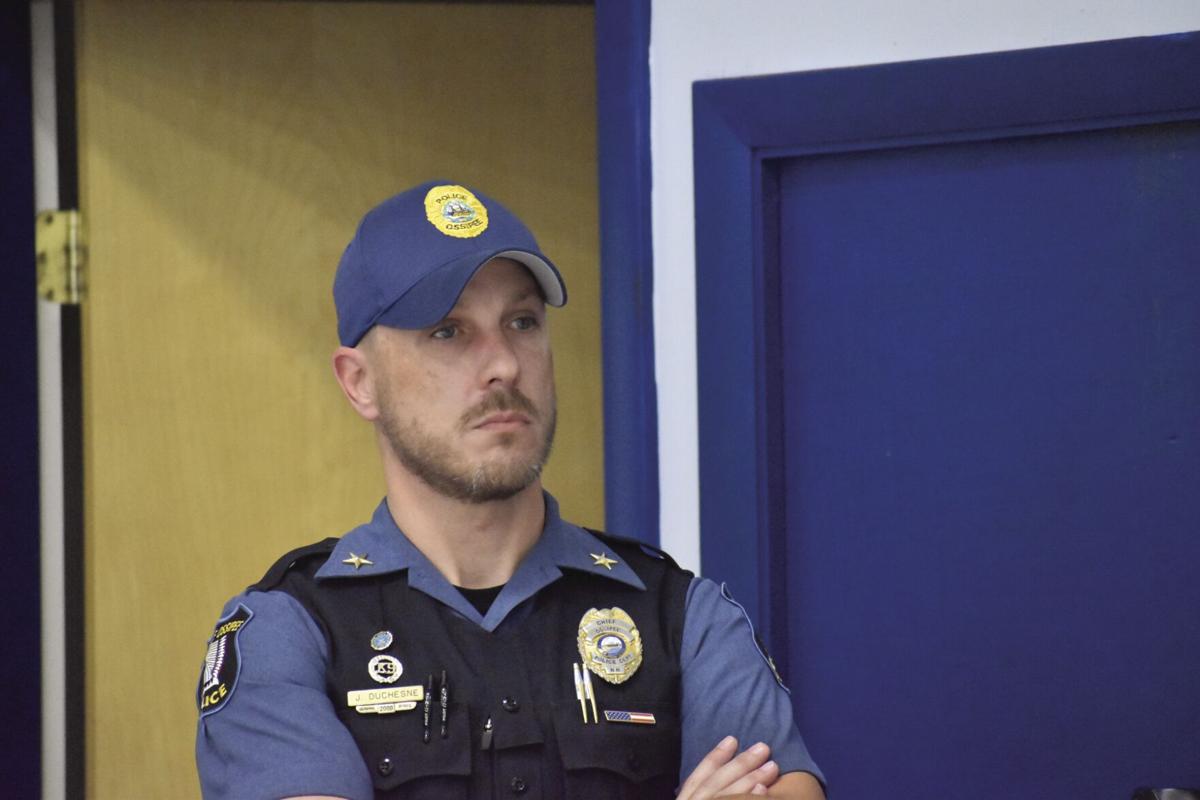 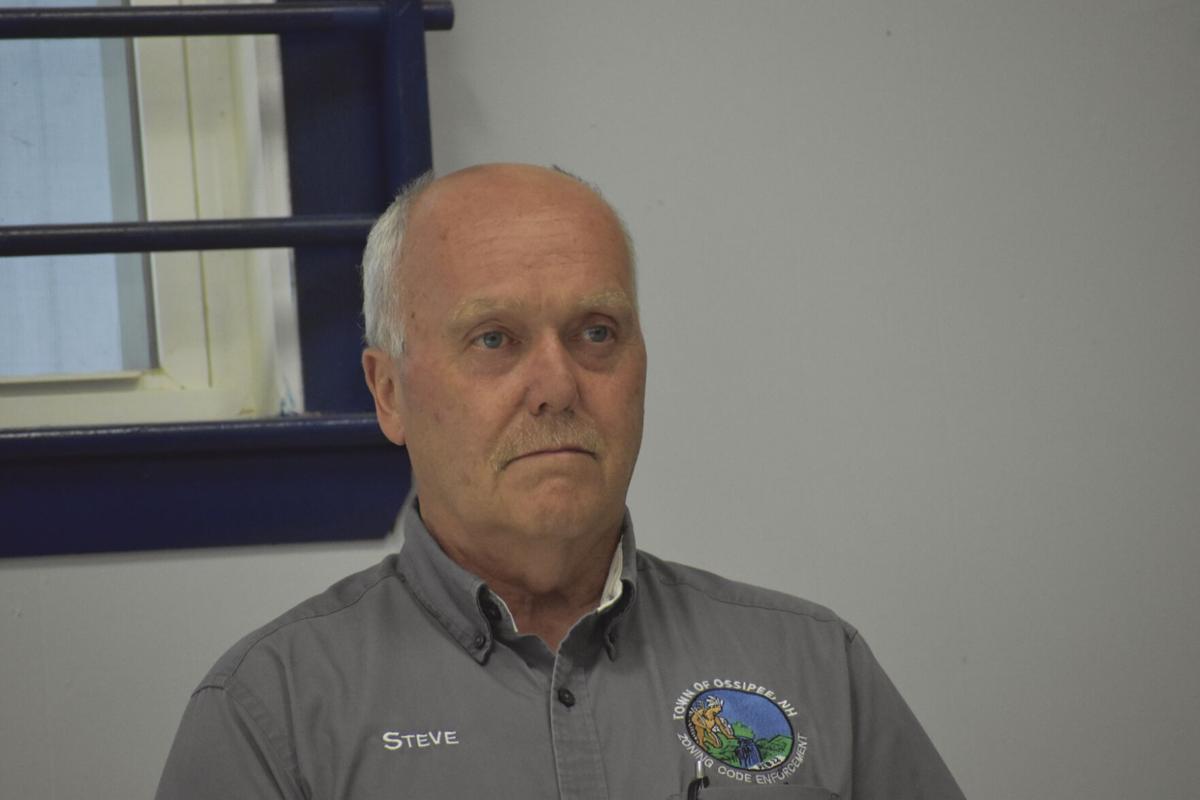 OSSIPEE — Ossipee Police Chief Joe Duchesne has submitted his resignation to the town, effective next January, after serving less than two years in that position.

The resignation letter from Duchesne, 44, of Effingham was read aloud by Selectman Sue Simpson at the board’s July 20 selectmen’s meeting.

“It is bittersweet that I tender my resignation and intent to retire as the police chief for the town of Ossipee effective Jan. 23, 2021,” it said. “It has been an honor and a privilege serving the town and the citizens of Ossipee for the past 21 years. I will be forever grateful for the opportunities and experiences I have been afforded.”

He thanked the selectmen for their support and each officer he’s served with.

A prior board of selectmen promoted Duchesne from lieutenant to chief in the fall of 2018 when chief Jimmy Eldridge retired. At the time, Duchesne had been working his way up through the ranks of the department for 19 years. He also was the department’s K-9 handler from 2006-12.

Duchesne said he’s retiring next year when he turns 45 and obtains 21 years of service, which he said qualifies him for state benefits.

“It’s been a great career, but where I’m young enough I think it’s time to start looking into doing some other things I have interest in,” said Duchesne. “I do plan on staying part-time in police work.”

It was announced this week that he will be joining the Effingham Police Department as a part-time lieutenant.

Effingham selectmen’s chair Michael Cahalane told the Sun Tuesday that Duchesne will be joining the Effingham Police Department as a part-time temporary lieutenant today. He will be doing administrative and patrol duties.

Cahalane said that Duchesne is local and has decades of experience.

“He’s got a great reputation, as far as I know, in the area with law enforcement, he’s invested in the town,” said Cahalane. “He can come in and serve a function for us and get us through the budget cycle as lieutenant, and I think that’s kind of the easy way to make sure we have immediate coverage for the town.”

This comes after the recent resignation of Chief Ryan Yeaton, who signed a contract with the town in February. Yeaton told Effingham Connect Facebook page earlier this month that he had to resign after not losing enough weight to pass the state’s physical test.

Cahalane said Duchesne would oversee the department on a temporary basis while the selectmen and budget committee discuss long-term staffing at the police department. Voters would choose whether or not to fund the department at the town meeting in March.

Duchesne says has been working part-time in Freedom and now he will work part-time in Effingham instead. He sees his role as helping Sgt. Ian MacMillan run the department.

“I think it will be great,” said Duchesne. “I’m looking forward to it.”

In Ossipee he has been making Ossipee $90,000, in Freedom, he was making about $6,000 and in Effingham his pay is to be determined.

Asked about his career goals outside of police work, Duchesne said he’d like to find something less stressful and possibly related to hunting and fishing.

One possibility, is continuing to pursue his passion for raising hunting dogs.

“I was the K9 handler at the PD for a long time, and that really bonded me with dogs,” he said. “Hunting dogs are my big thing in my off time.”

He has seven dogs and they are for hunting birds, rabbits and raccoons.

Asked for his favorite memories, Duchesne replied that once several years ago he and K9 Ronja tracked a burglar suspect for nearly 12 miles and she found him.

“That was great,” said Duchesne. “There was so much training and it culminated in success.”

As for downs, “There wasn’t a lot of them,” said Duchesne.

He said one thing though, was the time away from family that he put into the job when he was rising through the ranks. Duchesne is married and has one adult stepson and one son living home. He asked the Sun not to name them.

The “most significant” event in Duchesne’s career to date was in November, involving the arrest of John Swanson, who is accused of shooting at officers before he was shot himself by members of the New Hampshire State Police.

“To actually have to deal with a barricaded subject who is actively shooting at my officers what was by far the most significant thing I had to deal with,” he said.

In response to that incident, Duchesne purchased tactical gear to better protect his officers.

Another difficult moment in Duchesne’s tenure is the fact that former officer Kimberly Hatch of Madison is suing the town for sexual harassment and discrimination because she is a woman. She is demanding $2.1 million. Hatch worked for the department from November 2012-October 2018.

The lawsuit claims that Duchesne fired Hatch for reasons she says he knows are false.

“I’m fighting this to the bitter end,” said Duchesne of the suit. “I believe she is 100 percent wrong and I don’t believe there is any grounds for what she is suing us for.”

Of the next chief, Duchesne said the town would be “remiss” if selectmen didn’t promote Lt. Anthony Castaldo.

Simpson also read a resignation letter from Steve McConarty, whoo said he plans to retire from his position as the town’s building/zoning officer effective on or before Oct. 2. McConarty has been with the town about six years.

“I am leaving to pursue a dream that has always been a longstanding ambition of mine,” said McConarty in his letter.

The board accepted both resignations with regret.

“The board wishes both our very best and good luck with their future endeavors,” said Simpson.