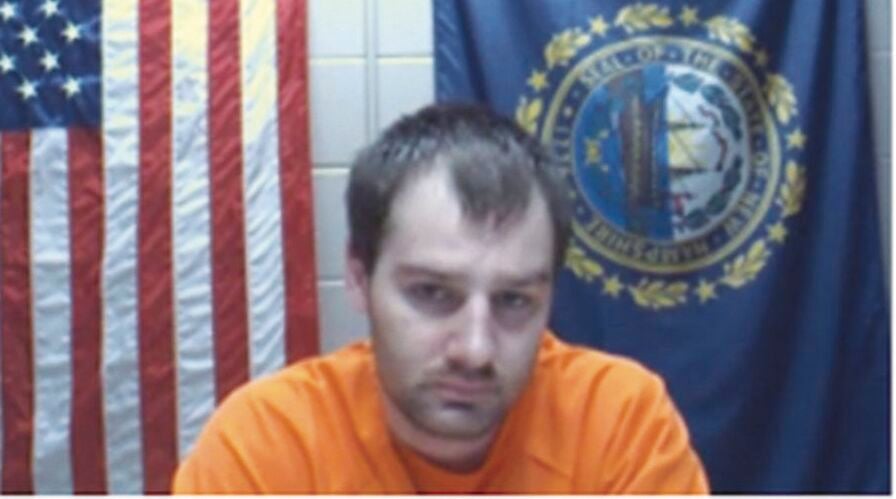 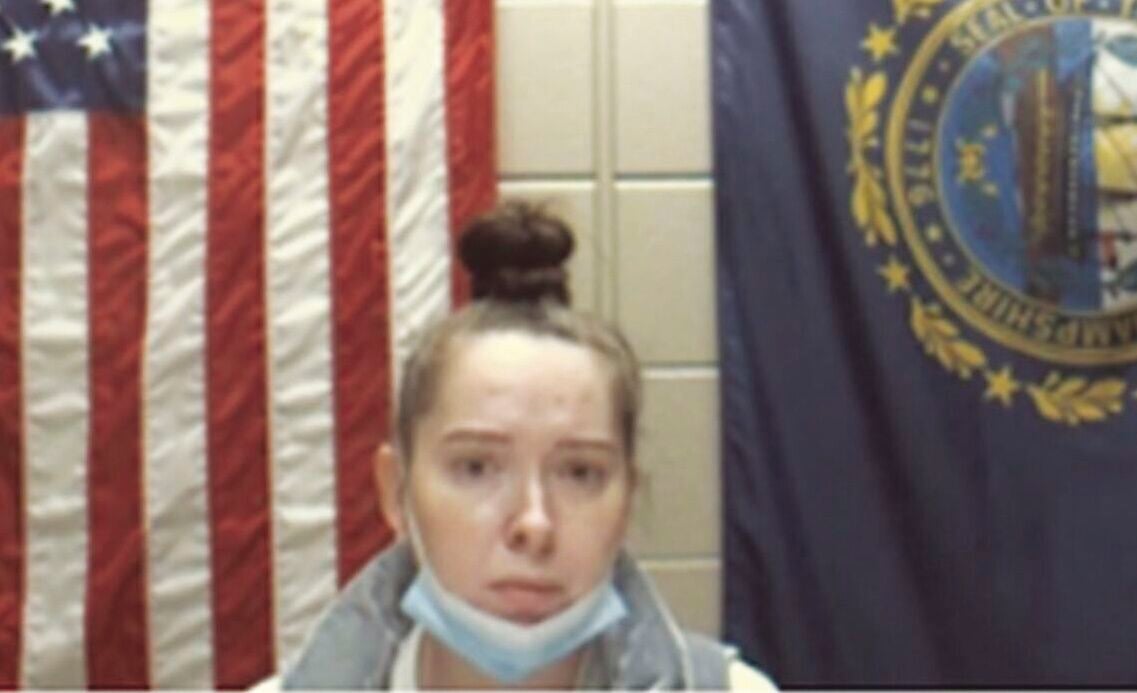 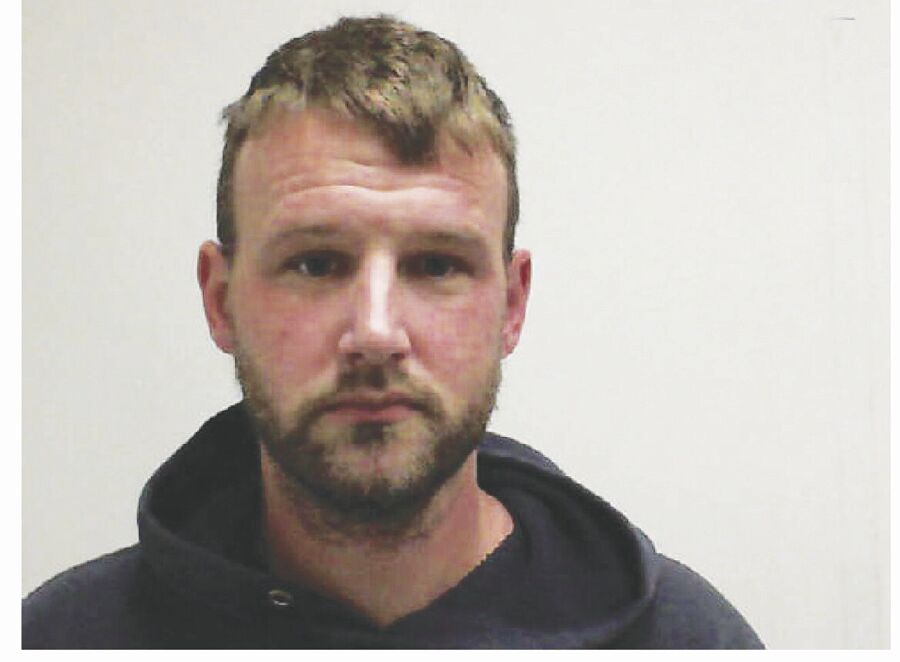 Brian Parmenter is being held without bail. On Oct. 22, he pleaded not guilty to robbery with a firearm and criminal threatening against a person with a firearm. (POLICE PHOTO)

Brian Parmenter is being held without bail. On Oct. 22, he pleaded not guilty to robbery with a firearm and criminal threatening against a person with a firearm. (POLICE PHOTO)

CONWAY — The man and woman who went on the lam after being questioned in connection with an armed robbery at the North Conway Hannaford grocery store’s parking lot have been apprehended and charged.

Police charged brothers Brian and Cody Parmenter and Olivia Pope in connection with an armed robbery that took place Sept. 21.

According to sources quoted in a probable cause statement filed by Conway Police Sgt. Dominic Torch, the victim in the alleged robbery was apparently an acquaintance of both the brothers and Pope and had been lured to the parking lot under the pretense of a drug deal.

However the remaining two suspects were arrested Dec. 1 at the State Line Store on Route 302 near the Maine state line.

Cody Parmenter was before Judge Amy Ignatius on Dec. 3 for an arraignment and bail hearing. Through his temporarily appointed attorney Wade Harwood, Parmenter entered “not guilty” pleas to charges of felon in possession of a dangerous weapon, armed robbery and criminal threatening with a firearm.

Over Harwoord’s objections, Ignatius ordered Parmenter held without bail at least until an evidentiary hearing to be held Wednesday.

“At this stage, based on the information and the probable cause affidavit, and as we’ve discussed here today, I do think the state has met its burden for preventive detention, a finding of dangerousness on the part of Mr. Parmenter towards towards certain individuals ... specifically, and the community, generally, with the description that’s alleged here of behavior that could have been seriously put many people at risk,” said Ignatius.

Assistant County Attorney Matthew Conley said Parmenter committed a “crime of violence” that put the parties and the public in danger as the grocery store was open when the incident occurred.

Officers had responded on Sept, 21 at about 9 p.m. to the parking lot for the report of a possible stabbing. Two passersby called police after a man told them he was robbed at gunpoint and then stabbed an attacker.

“It seems pretty clear from reading the affidavit that the alleged victim in this case is not being honest with the police,” said Harwood who asked for an evidentiary hearing.

Harwood argued that the felon in possession of a weapon charge shouldn’t stick because the felony Cody Parmenter was convicted of was aggravated driving while intoxicated, and the only one injured was himself. Cody Parmenter has no violent offenses on his record.

“I will concede that there is a lot that doesn’t completely come together and there may be credibility issues, on some aspects of the testimony,” said Ignatius.

Details of the case are outlined by Conway Police Sgt. Dominic Torch’s probable cause statement. The victim of the robbery attempt explains that he went to the parking lot to meet Pope. He alleges that the Parmenters tried to rob him and in the process, the window of the car he was in was broken. He said Cody Parmenter pistol whipped him and Brian Parmenter punched him.

The man denied stabbing anybody and denied being a drug dealer. Police found shattered glass and some blood at the scene. And when Cody Parmenter was interviewed by police, he displayed an injury to his right rib cage which Torch said “is consistent with being cut by a knife.”

The man’s female companion said two men yelled at her friend and one of them pointed a gun at her. She said said one suspect hit her friend in the face with a gun and the other man punched her friend.

Police spoke to Cody Parmenter on Sept. 23. He told them he and Pope went to meet the man to buy a gram of heroin for $100. Parmenter said he handed the man the $100 through the window of the car but didn’t get any heroin. Asked by police about a gun, Parmenter asks for a lawyer.

Conley said the attack seemed to be premeditated and pointed to text messages between the parties involved, which police accessed after getting a search warrant to examine Brian Parmenter’s phone. In one of them, Cody Parmenter tells Brian Parmenter that he (Cody) is looking for someone to rob.

Pope was also to be arraigned Friday. When the judge talked about him having no contact with Pope, Cody Parmenter raised his hand. Harwood explained that Pope had been taken to the hospital.

“She’s also eight months pregnant,” said Cody Parmenter. “Can I at least have contact with her for at least the kid’s sake? Parmenter thanked Ignatius for allowing him to speak to Pope.

Pope, who was rearrested Monday, was in court Monday on Webex from Carroll County Jail. Judge Ignatius was sitting in Belknap County Superior Court.

Through her attorney Don Topham Pope pleaded not guilty to a charge of conspiracy to commit armed robbery. The prosecutor was Assistant County Attorney Matthew Conley.

Ignatius allowed Pope to be released on personal recognizance bail as she found the prosecution didn’t provide clear and convincing evidence of Pope being dangerous. Pope will be allowed to live with her mother in North Conway.

Brian Parmenter is being held without bail. On Oct. 22, he pleaded not guilty to robbery with a firearm and criminal threatening against a person with a firearm.

Cody Parmenter has a evidentiary hearing on Wednesday. A motion for probable cause hearing in Brian Parmenter’s case was filed Monday. Ignatius hopes the legal teams can start dealing with discovery in Pope’s case.

At some point, the Carroll County Attorney’s Office will likely ask a grand jury to indict the Parmenters and Pope.