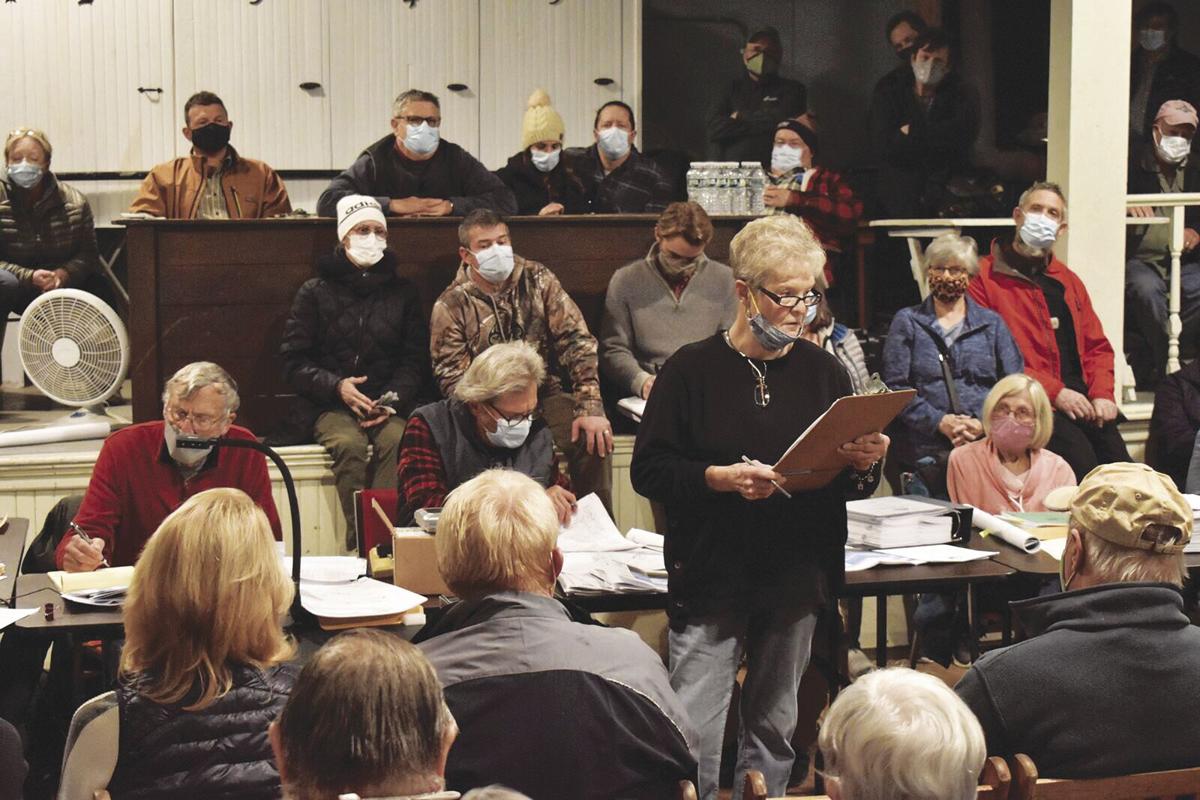 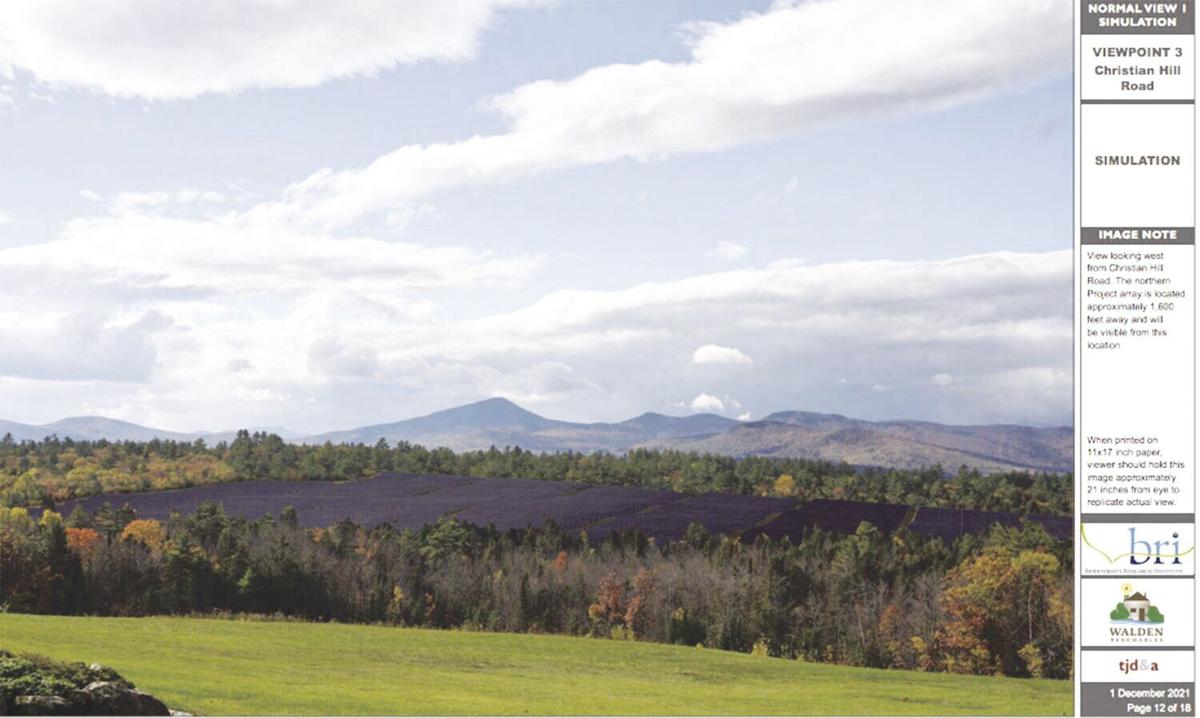 LOVELL, Maine — A proposal to build a 35-megawatt solar farm on private property in Lovell brought robust objections from the residents who thronged a Lovell Planning Board meeting last Wednesday.

It was standing-room only in town hall when roughly 130 people packed the meeting room to hear a proposal from Walden Solar Maine III, which is seeking a conditional use permit from the town.

Walden Solar is a subsidiary of Walden Renewables Development LLC of Portsmouth and New York. The project will consist of two solar panel arrays, on 177 acres of private property between Christian Hill Road and Shave Hill Road.

The summary says the panels will create carbon-free, affordable electricity supply for over 9,500 Maine homes. The power will be sold to Central Maine Power at about 3.7 cents per kilowatt hour. The overall project life is 40 years. A 600-page application has been posted to Lovell’s website.

Landscape architect Steve Thompson of Terrence J. DeWan & Associates of Yarmouth, Maine, described the results of the visual impact analysis he performed. He said the array would be visible only from 0.13 percent of the land mass in town. But it would be visible from vantage points on Christian Hill, which is one of seven scenic areas listed in Lovell’s Comprehensive Plan.

“From Christian Hill Road there are intermittent views of this project,” said Thompson. “That’s not something we’re saying doesn’t exist.”

He said most people who see the project would be driving and see it from Christian Hill Road for a matter of seconds.

Some attendees called out that walkers who would see the panels for longer than that. One man said solar panels would still interrupt the view of the hill and mountain tops.

“Our professional opinion is this project would not unreasonably adversely impact the scenic resources,” said Thompson, who got jeers from the audience.

The meeting got increasingly chaotic as members of the audience constantly interrupted with comments and questions. At one point, Christian Hill Road resident Lynn Hurd delivered what she said was a petition from 75 adult residents opposing the project. Hurd said she was born and raised in Lovell and feels fortunate to have been able to enjoy Christian Hill’s beauty. She said she frequently sees drivers stop to take it in and take pictures.

“At present, there is talk that I will look down toward the mountains ... only to see a huge section of woods removed and an enormous mass of solar panels and whatever apparatus is involved in its place,” said Hurd, adding her concern is also economic.

Hurd also said she didn’t get any notification that the project was coming, to which applicants said it was too early for abutters to be noticed.

“An enormous amount of people are affected — residents, non-residents and visitors to Kezar Lake and other scenic areas have been drawn to Lovell for many years,” said Hurd.

“There are other places suitable for this, but not in such a peaceful scenic vicinity for everyone to see. This is a residential zone, not commercial or industrial. It should not have been even a consideration. I do believe we need open energy in our world, but this is not the place for it.”

Because solar isn’t in the town ordinances, the planning board must look at the most closely similar entity that is listed. Planning board members said if they could, they would change that rule somehow to give themselves more latitude.

A consultant for Walden suggested that the array is most similar to a telecommunications facility.

Some residents suggested that the board enact a moratorium that would halt this and other solar projects for 180 days and the town time to change its ordinance. The moratorium process would involve approval from selectmen and voters at a special town meeting.

Planning board members talked about whether they could simply change the zoning ordinance through a special town meeting without going through the moratorium process.

Wurm mentioned he’s trying to find a lawyer to help the board follow the proper steps in considering this project. However, he said, many lawyers had already done business with the applicant and could not represent the town. “We need to know, do we have the time to change (the zoning ordinance) or is it too far into the application already that we cannot,” said Wurm. “If we cannot, we need an emergency moratorium.”

Ultimately, a majority of planning board members decided that without legal guidance they wouldn’t go for the moratorium.

The board voted 3-2 (Wurm, Kevin McDonald and Eugene Jordan in the majority) against asking selectmen for a moratorium. In the minority were second chair Jane Lansing and Diane Caracciolo.

Applicants said the approval process will be a “very public process” and there will be other meetings that residents will be able to attend and speak at.

Once the project is voted complete, that sets in motion deadlines for public comment and a vote on whether to approve the project. The applicant must also seek state approvals.

The Maine Mall is 90 acres as listed on the internet.This is twice the size as that. Does lovell really need the area of 2 maine malls clear cut;chain link fenced in areas filled with solar panels high tension poles. wires, ,transformers. In this area. Take a look at fryeburg this will be much larger than that and if they light it up at night . 2x the size of the Maine Mall Think