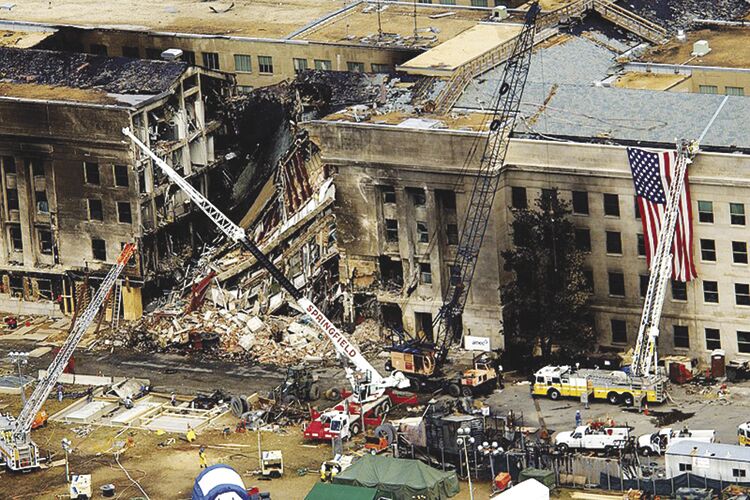 An aerial view of the destruction at the Pentagon caused by a hijacked commercial jet that crashed into the side of the building during the Sept. 11, 2001, terror attacks. (WIKIMEDIA PHOTO/AIR FORCE TECH SGT. CEDRIC H. RUDISILL)) 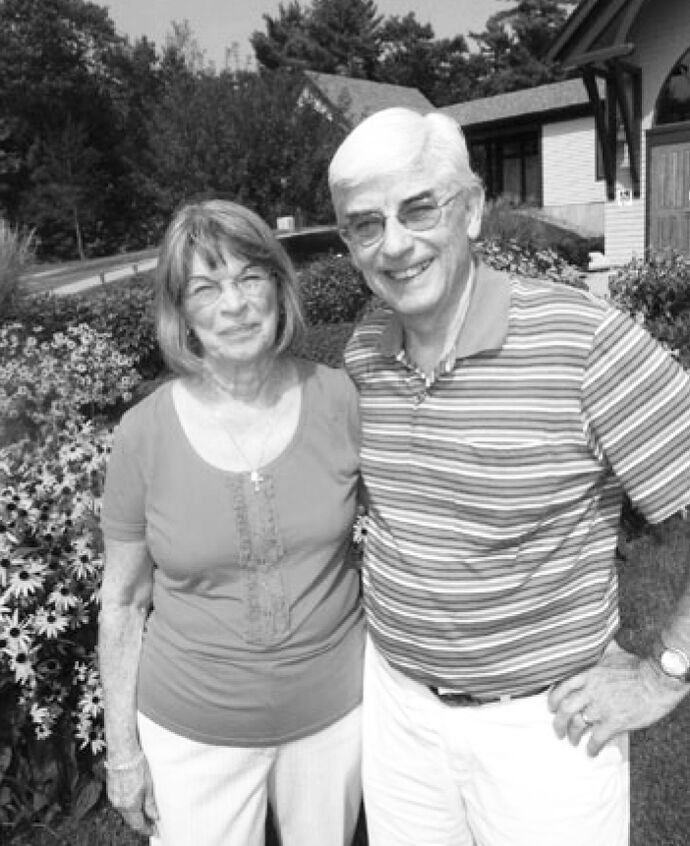 An aerial view of the destruction at the Pentagon caused by a hijacked commercial jet that crashed into the side of the building during the Sept. 11, 2001, terror attacks. (WIKIMEDIA PHOTO/AIR FORCE TECH SGT. CEDRIC H. RUDISILL))

That’s how close civilian Pentagon office worker Mariann O’Donnell’s office was to the nose of American Airlines Flight 77 that five of al-Qaeda-affiliated hijackers crashed into the southwestern side of the massive Pentagon building in Arlington, Va., at 9:37 a.m. on Sept. 11, 2001.

In September 2011, the Sun interviewed the part-time Freedom resident along with her friend and neighbor, retired Pentagon Public Affairs Office official John Donovan.

O’Donnell, now 80, moved three years ago to New Jersey full-time, but Donovan, now 75, continues to live in Freedom after buying a condo there in 2002.

In the 2011 interview, they recounted how the Boeing 757 went in diagonally on the fourth side corridor of the building’s “E” ring, which is the outer ring of the five-sided building. It kept on plowing its way through the “C” ring into the alleyway near the fifth corridor.

“9/11 was this generation’s Pearl Harbor,” said Donovan a decade ago — a sentiment he continues to hold to this day. He is a 1968 University of New Hampshire graduate and 1970 Vietnam War veteran who worked as a journalist and then took a media post in the Army Public Affairs Office beginning in 1974. “We were witnesses that day; we were not heroes.”

He and O’Donnell said the true heroes were the men and women who were killed that day.

They also saluted the dedicated men and women of the nation’s military.

A fourth plane — United Airlines Flight 93 — was crashed in Shanksville, Pa., during a struggle between passengers and hijackers en route to its target in Washington, D.C. — speculation is that either the U.S. Capitol or the White House was the target.

The dead at the Pentagon consisted of 125 Pentagon military personnel and civilian workers and all 59 passengers onboard the plane.

The five hijackers on board also were killed when the Boeing 757 exploded upon impact. Donovan noted that death toll at the Pentagon could have been a lot more had the plane struck at noon, when close to 23,000 are routinely in the building.

After watching s television coverage of the attacks on the twin towers, O’Donnell had just re-entered her office when she heard what she described as “something that sounded like the most gigantic object hitting the strongest barrier.”

“It was a big thudding noise,” she said.

Her boss, Gen. Taylor, at first thought it was a bomb. Chaos followed. O’Donnell eventually met up with her friend Donovan outside. They both prayed together.

Donovan said he and his co-workers were told by their boss that the attacks represented the start of a new, stark era. “He told us, ‘The world has changed now.’ He said we had grown up with the threat of nuclear war and now we had another one (terrorism) and that it could be worse because it could slip through and do great harm … It was such an intense time.”

In the interview this week, Donovan said as a Vietnam veteran and former Pentagon official, he fully appreciates that freedom and liberty come at a high price borne by our military.

“The lesson is that liberty and freedom are not free and that security comes at a tremendous cost that we need to be willing to pay that cost,” he said.

“We were fortunate to have a military and Pentagon culture that is unselfish and brave and is committed to every mission.” As for the outcome of America’s 20 years at war, Donovan said, “I think both parties (Republicans and Democrats) wanted us to leave — I, on the other hand, was leaning more to maintaining a presence there as long as we could do it without a combat presence to monitor activity and try and get along with the Taliban and try and keep an ear to the ground because now we have lost that capability.”