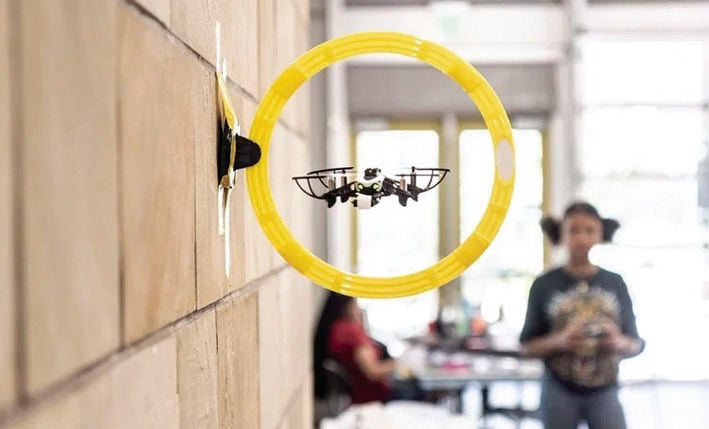 Students at the University of California-Davis compete in a 2019 drone competition. (COURTESY PHOTO) 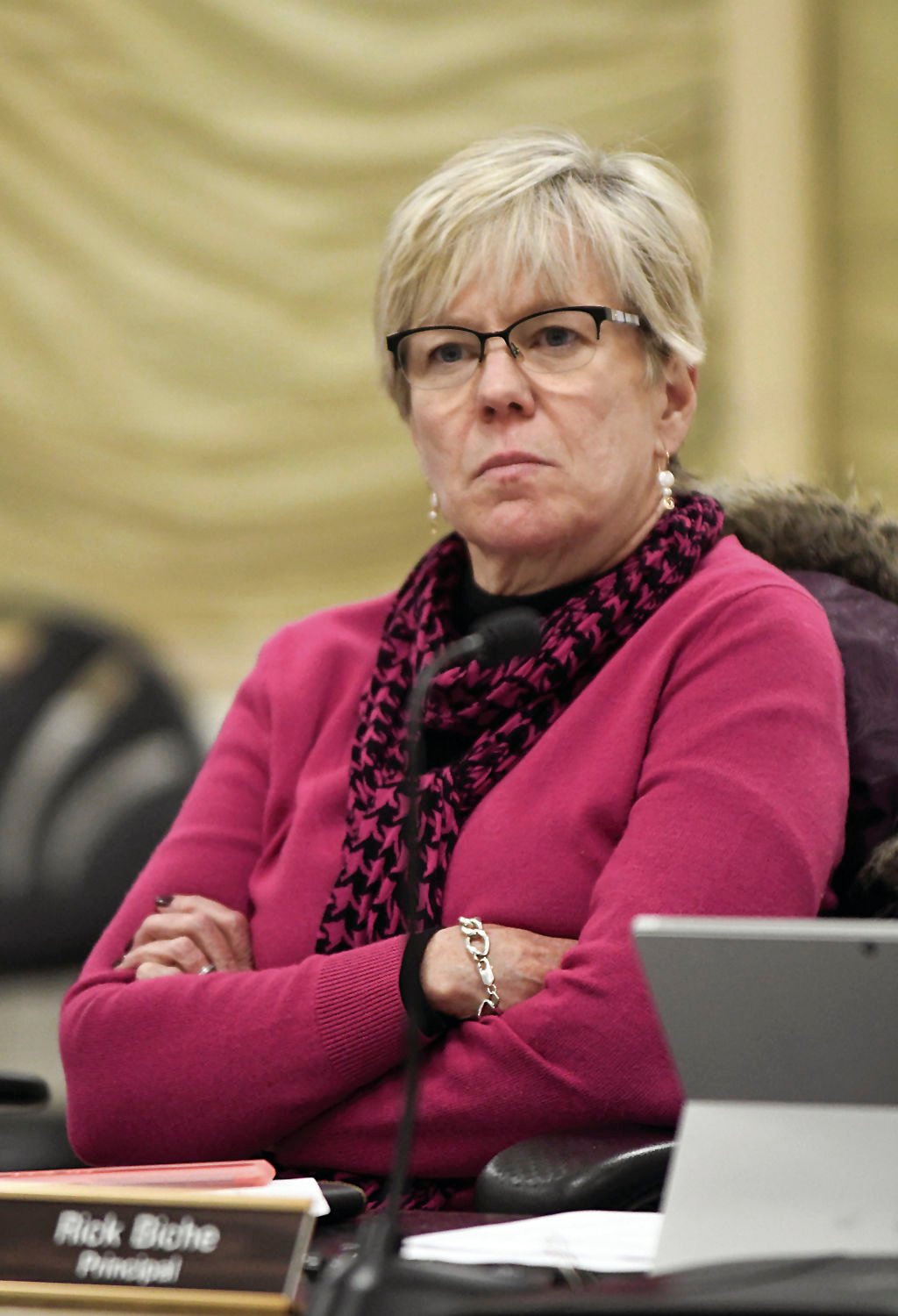 Virginia Schrader, director of the Mount Wsashington Valley Career and Technical Center, told the Conway School Board on Monday that Kennett High will have drone racing club next fall. (LLOYD JONES PHOTO)

Students at the University of California-Davis compete in a 2019 drone competition. (COURTESY PHOTO)

Virginia Schrader, director of the Mount Wsashington Valley Career and Technical Center, told the Conway School Board on Monday that Kennett High will have drone racing club next fall. (LLOYD JONES PHOTO)

CONWAY — By this time next year, Kennett High School will have a drone club and the Eagles will be racing against other schools from across the Granite State.

The Conway School Board held a public hearing Monday night to accept a $13,780 grant from the state Department of Education to establish a Robotics Development Program. The funds will lead the way to establishing a KHS Drone Club.

Virginia Schrader, director of the MWV Career and Technical Center, said at the hearing: "It allows us not only to extend our inventory through robotics, but also now we have funds to purchase drones, and we are setting up a drone club after school, which will be awesome to be part of."

Schrader said Kennett will be able to compete against other schools around the state in RAD Aerial Drone Competitions.

“We will be able to buy nine drones, and the owner of the company (FTW Robotics of Los Angeles) is also throwing in the curriculum, as well as two extra drones for the ones that we're buying,” she said.

“So this combined with the drones that will be for the (STEM Aviation program), we're going to have this nice little program. It’s really exciting,” Schrader said.

School officials have been working to create a four-year STEM Aviation curriculum. The program is scheduled to start next fall.

"We will be including Aircraft Owners and Pilots Association curriculum in our program of studies next year,” Schrader had told the school board in October.

She said Joe Riddensdale (drafting, engineering and CADD — computer-aided design and drafting — teacher at KHS) will teach the debut class of ninth-graders.

The grant award, received by Superintendent Kevin Richard on Dec. 6, includes $2,390 for registration for events/competitions; $5,500 for kits, parts and tools for robotics; $1,500 stipend for a coach/adviser; and $4,390 for nine drones.

Richard said Riddensdale wrote the grant and will most likely be the adviser of the club.

Drones racing has burst onto the national scene lately. According to dronesinschool.com, "Drones in School is a unique educational program that develops skills in engineering, project management, entrepreneurship, graphic design and marketing.

The site adds: “Drones in School utilizes small-scale drone technology, allowing students to develop technical skills through a process that is safe and scalable for the classroom environment.

“By flying inside the school building with micro-drones, teams are exempt from FAA regulations. The small size of the drones used also makes the hallway or classroom a suitable flight area, therefore creating more opportunities for educators to apply this program into the curriculum.”

According to the website godronex.com, it takes roughly 30 drone flights for the basic junior varsity student to become proficient and 50 flights to be competitive at the varsity level.

Drone racing started in Australia in 2013, according to the Red Bull website, “when loosely organized, relatively underground events began taking place in Melbourne and Brisbane — participants use radio-controlled drones that are equipped with cameras to complete a course as fast as possible.

“Drone racing seems to capitalize on having a good sense of entertainment value, with pilots developing quirky character arcs and charismatic qualities,” redbull.com states . “Jordan ‘Jet’ Temkin quickly became a fan favorite after winning the inaugural championship of the DRL in 2016. At the time, the Colorado native earned a $100,000 contract to become the world’s first professional drone pilot.”

Harry Neuhaus, the Drone Racing League’s senior director of business development and partnerships, believes drone racing is the sport of the future.

“There are few spectacles more exhilarating than the sight of remote-controlled quadcopters hurtling through neon-inflected, 3D courses at speeds over 80 mph,” Neuhaus said in a February 2019 interview with sportspromedia.com. “Unlike any other properties, whether Esports or leagues, the Drone Racing League merges the real with the digital. We combine the thrill of Star Wars pod racing with the real-life adrenaline of Formula One and wingsuit flying.”

Board Chairman Joe Lentini thinks the program will be “a huge hit” with the students. “It’s pretty exciting stuff,” he said. “I can’t wait for it.”