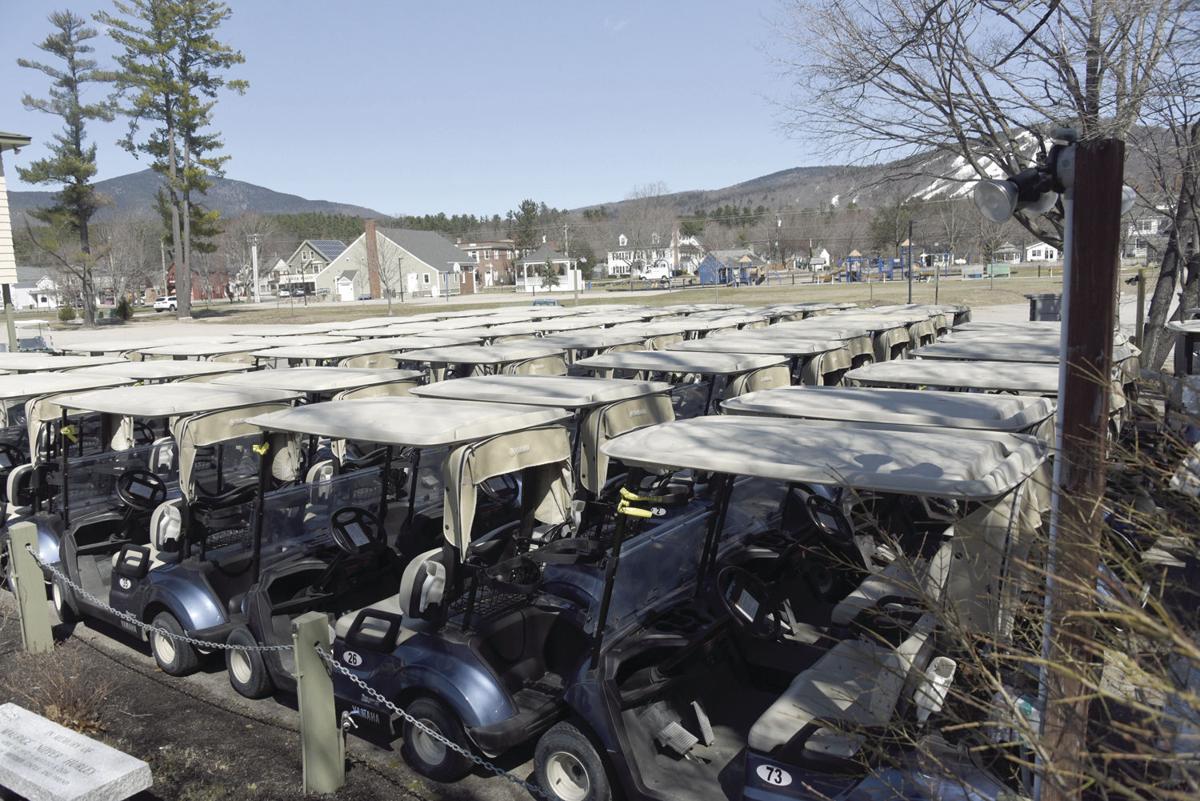 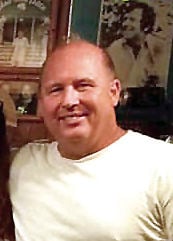 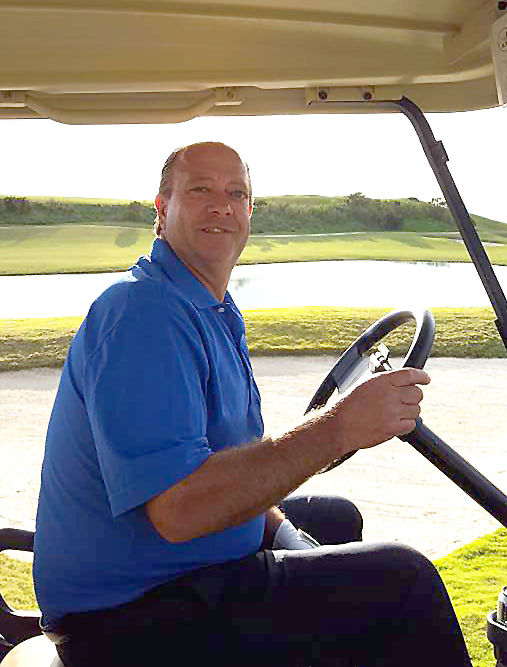 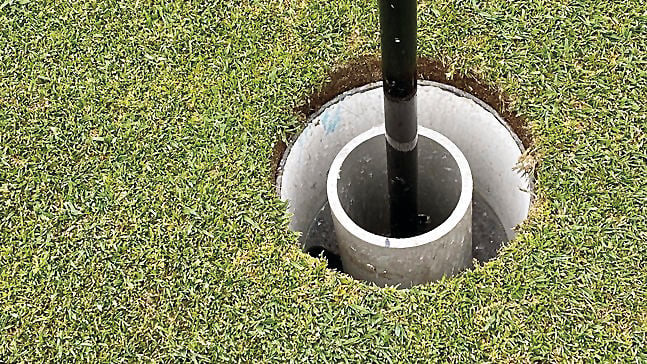 Under new COVID-19 golf precautions, you might notice your ball doesn't go the whole way into the hole. It only falls into the hole about a half an inch, which allows people to essentially pick the ball up with two fingers. (COURTESY PHOTO)

Under new COVID-19 golf precautions, you might notice your ball doesn't go the whole way into the hole. It only falls into the hole about a half an inch, which allows people to essentially pick the ball up with two fingers. (COURTESY PHOTO)

CONWAY — “We’re used to being the ones stepping up and offering fundraisers to help local people and organizations — now we’re on the other side of it, and it’s very humbling,” said Jonathan Rivers, owner of Indian Mound Golf Club in Center Ossipee, as his and other courses across the state have been shut down due to the COVID-19 virus.

A petition calling on Gov. Chris Sununu to allow Granite State residents to play golf had 8,300 signatures as of last Thursday.

Two signatures belonged to Rivers and Mike Mallett, the owner of the Wentworth Golf Club in Jackson.

While both realize the vital importance of social distancing, they, along with other course owners, say can they create a safe environment for patrons to enjoy time out on the links.

The petition on Change.org called "Let New Hampshire Golf" argues that it "does not make sense" for courses to be closed when public parks are open.

A similar petition is being circulated over the internet in Massachusetts to reach 15,000 signatures to submit to Gov. Charlie Baker. As of last Thursday, 12,281 people had signed it.

While golf courses and pro shops are closed under the governor’s stay-at-home order, golf course maintenance staff join other landscapers as being deemed essential. This exception to the stay-at-home order allows greenskeepers to get to work so courses can be ready to open when the order is lifted.

“While the intention of the COVID-19 ‘Stay at Home’ order makes sense, it does not make sense that public parks will remain open but golf courses will be closed,” the petition states.

“Golf by the nature of the game and with limited modifications can comply completely with the intent of the ‘Stay at Home’ designation.

"In these difficult times, people need to get outside and enjoy the fresh air in order to maintain their health (physical and mental) while still following the rules in place.

“Many states with Shelter in Place or Stay at Home rules are allowing modified golf rounds to take place. While the resolve of leaders to halt the coronavirus is admirable, the reality is that the closure of golf courses does almost nothing to achieve this goal — a view supported by most public health experts," the petition states, going on to quote health scholars as saying that golf can safely be played "within the bounds of social distancing guidelines.”

“We don’t want it sound like we’re begging to be open,” Rivers told the Sun in a phone interview last Wednesday.

“I’ve heard from the governor, he understands what we’re trying to do; he’s been really good,” Rivers said.

Rivers said when Massachusetts became the first to shut down its courses, that had a huge impact on southern New Hampshire.

“They got inundated,” he said. “There was a three-week backup for tee times.”

“We’re trying to do things the right way,” Rivers said. “If the governor says no, you have to wait until May 1, so be it. The hard part is, how do we get to May 1?”

Reached Thursday, Mallett said: "I think we can do things in a very safe manner with our course. We could limit to just members, and they would call ahead, make a tee time and then go to the first tee, and off they go.”

He added: “Our course is pretty wide open. I think as long as we keep people from congregating, it’s a great opportunity for them to get out and exercise. We’re hopeful. We think we can do things responsibly.”

Sununu said Friday it can only work if the governors from neighboring states to New Hampshire embrace the solution.

“We are going to explore that in the coming weeks but please understand it has to be a reasonable approach,” Sununu responded to those who signed the New Hampshire petition.

“If we can find a model that works, that other states can join into, there may be a possibility of opening them up and again making sure we have that social distancing and the virus isn’t spreading. We are working on it.”

Mallet said the local courses are shaping up well due to the lack of a harsh winter. “Last year, at this time, we probably had 2 feet of snow on the course,” he said. “This year, it’s almost all gone.”

“We literally could open April 6-7,” said Rivers. “Now it’s the first week in May. We’re hoping we’ll see some good signs over the next few weeks. Even when we get open, there will be some changes. There are a lot of little things we can address. The nice thing, early in the season, we can spread people out.”

Kevin Walker, general manager of the North Conway Country Club, did not respond to numerous requests for comment.

In the petition, which is guided by a Wisconsin version of the petition and the New Hampshire Golf Association, the following guidelines would be adhered to:

• Walking would be encouraged, and utilization of golf carts would be limited to a single rider in each cart (exceptions for family members who share a residence).

• Tee-time intervals would be a minimum of 12 minutes between groups.

• Clubs would encourage online payments to limit interaction between course staff and customers and avoid congregation around the clubhouse.

• Players would be prohibited from congregating on the putting green or driving range before their round.

• When rounds are completed, customers must go directly to their vehicles.

• Clubhouse areas to be closed or offer limited access and elimination of sit-down food and beverage service.

The petition for Massachusetts has its own stipulations, such as flagsticks not to be used; holes to be placed 2 inches above the ground or inverted so no one touches the hole; and no golf carts allowed.

“With no rakes, ball washers or carts and no touching of the flagsticks, we would eliminate most of the possible ways the virus could be passed on the golf course,” the petition states.

“People are going through golf withdrawal,” Rivers said. “They’ve waited all winter to get outdoors and play. We’re hopeful that they can do it soon.”