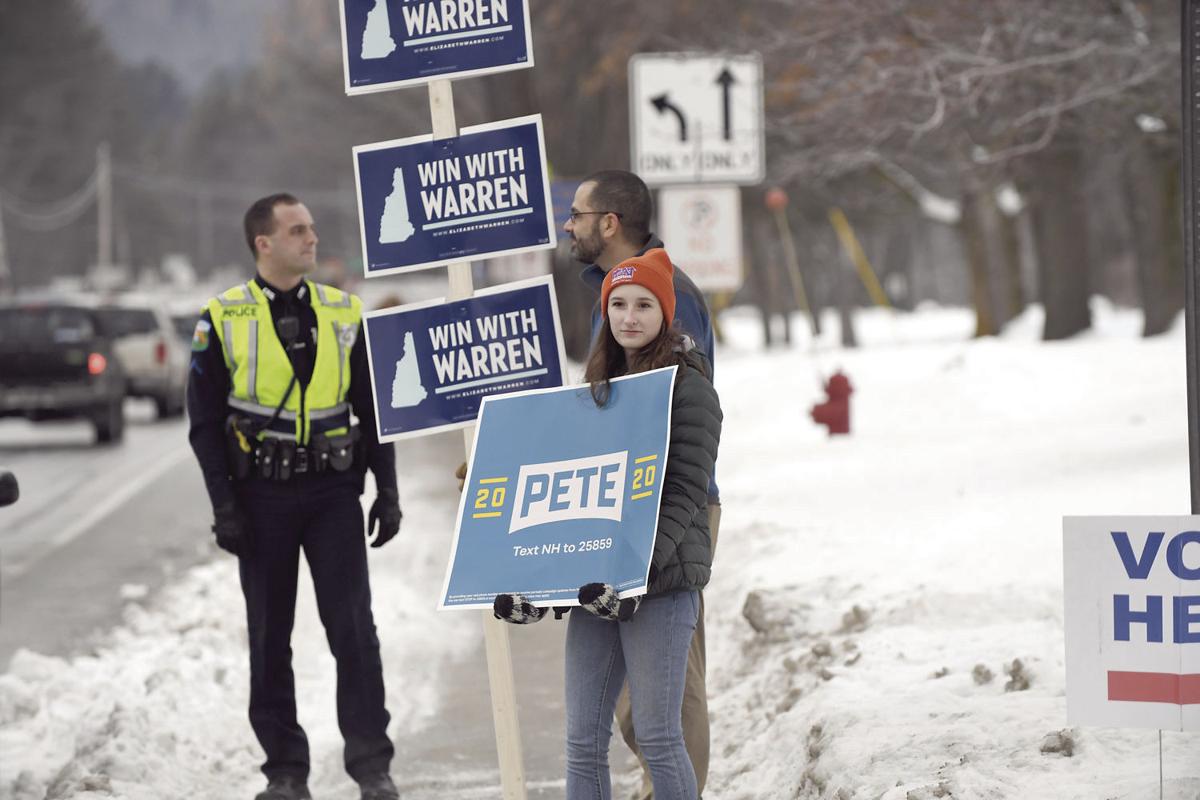 Kennett senior Raven McAuliffe used part of her day off from school to support her favorite candidate at the Conway polls along side with Conway voter Mike Tolin and Conway Police ptl. Ricky Gaudreau watches for traffic Tuesday. (JAMIE GEMMITI PHOTO) 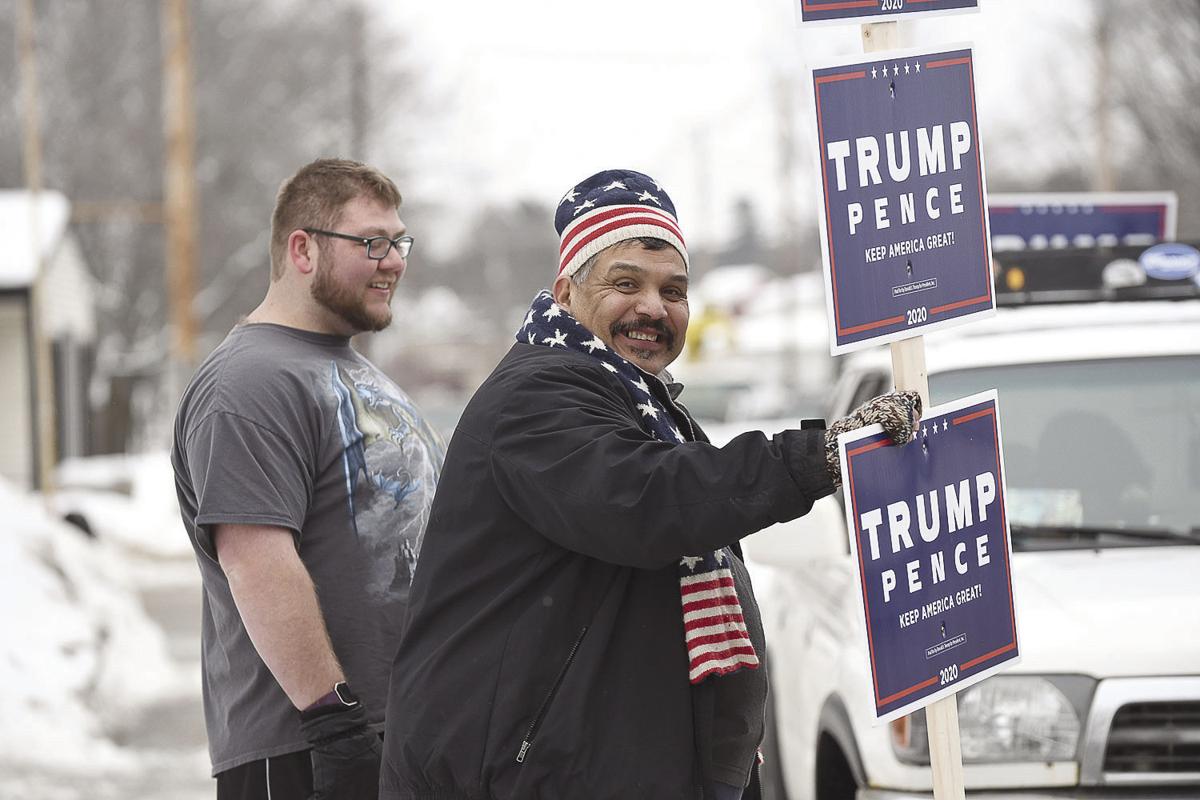 Kennett senior Raven McAuliffe used part of her day off from school to support her favorite candidate at the Conway polls along side with Conway voter Mike Tolin and Conway Police ptl. Ricky Gaudreau watches for traffic Tuesday. (JAMIE GEMMITI PHOTO)

CONWAY — And the winner is … New Hampshire. The Granite State did what Iowa couldn’t — declare a winner on the same night as the presidential primary vote.

Yang and Bennet ended their campaigns Tuesday night; Patrick declared his run for president over in a Wednesday announcement.

Patrick sent out an email saying, “The vote in New Hampshire last night was not enough for us to create the practical wind at the campaign’s back to go on to the next round of voting. So I have decided to suspend the campaign, effective immediately.”

Sanders and Buttigieg each picked up nine delegates, while Klobuchar got six.

There were 290,604 Democrat ballots cast this year.

Sanders, Buttigieg and Klobuchar were pleased with how the vote went.

“Let me take this opportunity to thank the people of New Hampshire for a great victory tonight,” Sanders said. “With victories behind us — the popular vote in Iowa and the victory here tonight — we’re going to Nevada. We’re going to South Carolina. We’re going to win those states as well.”

Sanders called for unity in the Democratic Party behind the eventual nominee.

“Here in a state that goes by the motto, Live Free or Die, you made up your own minds,” he said. “You asserted that famous independent streak. Thanks to you, a campaign that some said shouldn’t be here at all, has shown that we are here to stay.

“So many of you turned out. Diehard Democrats, independents unwilling to stay on the sidelines, and even some newly former Republicans ready to vote for something new. Ready to vote for a politics defined by how many we call in, instead of by who we push out.”

Trump was pleased with his showing, sending out a series of tweets Tuesday night.

“The Fake News Media is looking hard for the Big Democrat Story, but there is nothing too fabulous. Wouldn’t a big story be that I got more New Hampshire Primary Votes than any incumbent president, in either party, in the history of that Great State? Not an insignificant fact!”

New Hampshire has not gone for the GOP candidate in a presidential election since George W. Bush in 2000. In 2016, Hillary Clinton defeated Trump by fewer than 3,000 votes in the state.

“We’re on our way to turning New Hampshire red again,” N.H. Republican Party Chairman Stephen Stepanek said at a GOP rally in Manchester Tuesday night. “We’re up at 90 percent of the vote in — we’re up at over 140,000 Republicans who voted and only 280,000 Democrats. The enthusiasm in the Democratic side is not there the way it is on the Republican side.”

Stepanek told Fox News Tuesday that there is a silent base for Trump in this state.

New Hampshire Secretary of State Bill Gardner came close with his official prediction of 420,000 voters, which is still a record for a primary in which an incumbent president is running on one side or the other. He called for 292,000 Democratic ballots and 128,000 Republican ballots.

Gardner told WMUR-Channel 9 on Feb. 5 that he based his turnout projections on the number of absentee ballots received a few days before the primary.

For the candidates, it’s now on to South Carolina. The Palmetto State will hold its primary Saturday, Feb. 29.

Here are the results of the Carroll County voting in Tuesday's N.H. presidential primary.