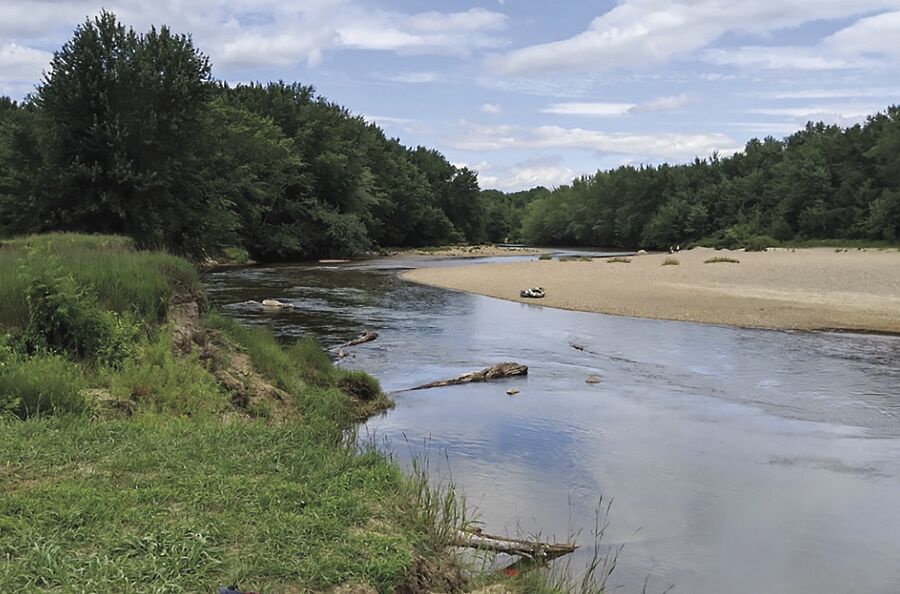 The Saco River winds through Conway, on July 20, showing erosion concerns along the outside bank. This site is being assessed for a future conservation project to mitigate the erosion along the stream bank. (SAM HAUS/NATURAL RESOURCES CONSERVATION SERVICE) 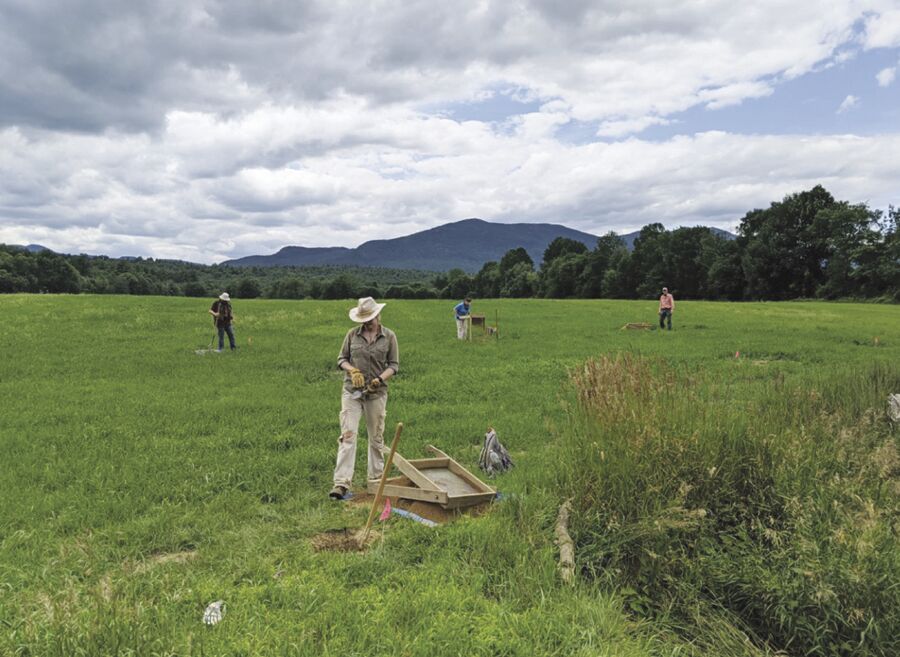 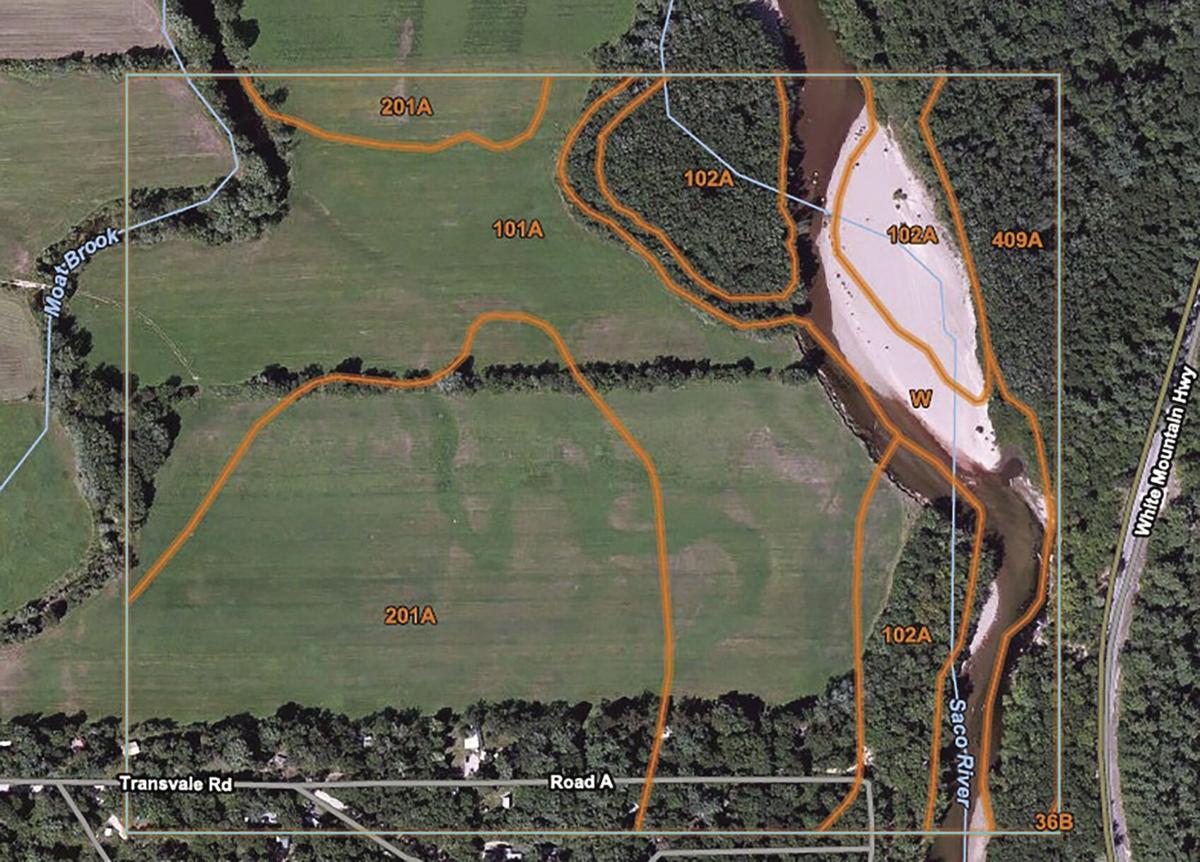 The Saco River winds through Conway, on July 20, showing erosion concerns along the outside bank. This site is being assessed for a future conservation project to mitigate the erosion along the stream bank. (SAM HAUS/NATURAL RESOURCES CONSERVATION SERVICE)

CONWAY — It’s summertime in New Hampshire, and that means many folks in the North Country are heading to the river.

If you're one of those folks, you will probably see some great wildlife as you float along. But what you also might see are some archaeologists milling about along the banks. That’s right — you may find yourself floating through a genuine archaeological dig.

During the summer months, the Natural Resources Conservation Service typically contracts out a number of archaeological surveys for conservation projects in "archaeologically sensitive" areas.

Navigable rivers were the first real highways to the Native Americans as well early settlers. Who knows what was here before we were? That is what these digs are here to find out. While the term "conservation" refers to the prevention of a wasteful use of a resource, it also refers to keeping something safe from harm or protecting it, such as historical artifacts.

At NRCS, the mission is conservation, and with archaeologists, it’s preservation, though they often they go together.

The conservation effort for stream habitat improvement and stabilization project on a historic West Side Road agricultural easement owned by Justin and Julie Hussey oand held by the Upper Saco Valley Land Trust in Conway is an example of one survey currently taking place.

The "dig," as the archaeologists refer to processing an area, is a necessary step in the process as the NRCS assesses the site for a future project within the agency that involves the construction of a series of ‘log jam’ revetments along the bank of the Saco River.

The goal is to mitigate the considerable soil erosion that is taking place there. Trees, stumps and boulders will be used to construct the log jams and cribs along the banks that are driven into the stream bed and bank.

This will help mitigate erosion on the banks while leaving a clear channel in the river for continued navigation.

The cribs will be filled with brush, slash and treetops that will help hold it all together. Brush mattresses will be placed on the bank to help prevent erosion and trap moving sediment.

In addition, a riparian buffer will be planted along the top of the bank and a conservation cover will be sown. Over time, the root systems of the buffer will help stitch it all back together and stabilize the bank from future erosion and provide great habitat for even more wildlife.

The NRCS can’t just start the heavy digging, though. The area must first be examined for cultural artifacts.

Checking these sensitive areas is to make sure NRCS complies with Section 106 of the National Historical Preservation Act; all projects funded or assisted by a government agency are required to follow these national standards.

Any ground-disturbing practice must be reviewed by the cultural resources coordinator and then forwarded to the State Historic Preservation Office of the New Hampshire Division for Historical Resources for their comments.

This USVLT site is on a floodplain along the Saco River. The soils are well-drained, sandy loam alluvium, which flood frequently. The archaeological potential is high in a site like this, due to the level ground, the deep sandy loam soils and the proximity to navigable water.

To assess the potential for cultural resources, a Phase 1A (background research and site walk) takes place, and if needed, a Phase 1B (digging and describing multiple test pits) survey is performed by a certified archaeologist.

At the Saco River site, Tom Jamison, lead archaeologist with Rensselaer, N.Y.-based Hartgen Associates, and his team performed first the Phase 1A, then a 1B survey over the past several days.

Sam Haus, a student trainee soil conservationist, and Jessica Wright, a conservation planner from the New Hampshire Association of Conservation Districts, came over from the NRCS Conway Field Office to observe and assist the team. They dug numerous test pits down into the substratum of the floodplain, looking for artifacts and other signs of our history.

Depths, color, texture and other soil properties were all recorded. All excavated soil was then screened and examined for both "pre-contact" (Native American) artifacts and "historic" artifacts.

The goal is to collect significant historic artifacts such as glass, ceramics, food remains, hardware and all pre-contact cultural material. Any coal, ash, cinder, brick and modern materials are to be noted and then released.

So, what was unearthed along that stretch of the Saco River? Tentative reports indicate that nothing significant was found, so the stabilization project will most likely proceed.

So, what if an ancient fire pit or home site was discovered? How would we protect it, without disturbing it? The challenge would then become to provide conservation and preservation.

So, if you see some archaeologists along the banks of your favorite Mount Washington Valley waterway this summer, now you will know why.

Peter Whitcomb is a soil scientist with the Natural Resources Conservation Service based in Concord.

This article originally appeared in The Mountain Ear’s Sept. 28, 1984, edition and profiles the work of Helen Leadbeater, who died Dec. 5, 198…