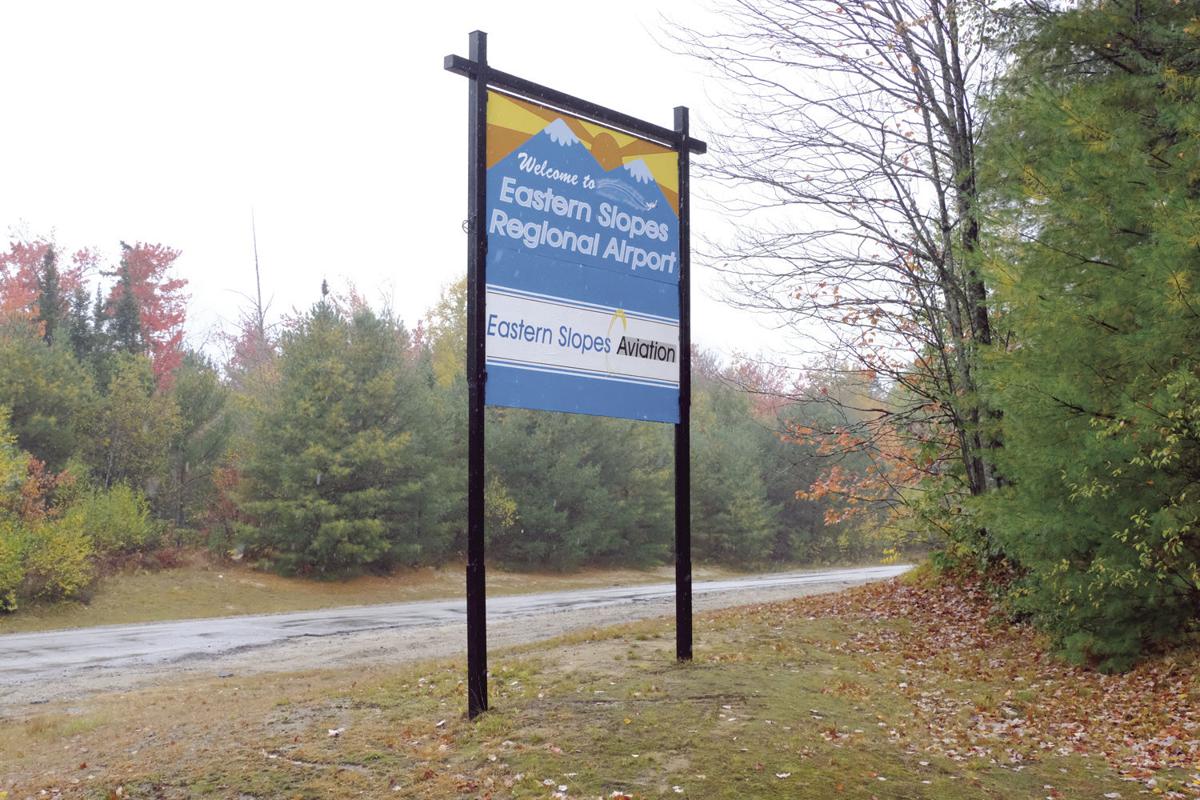 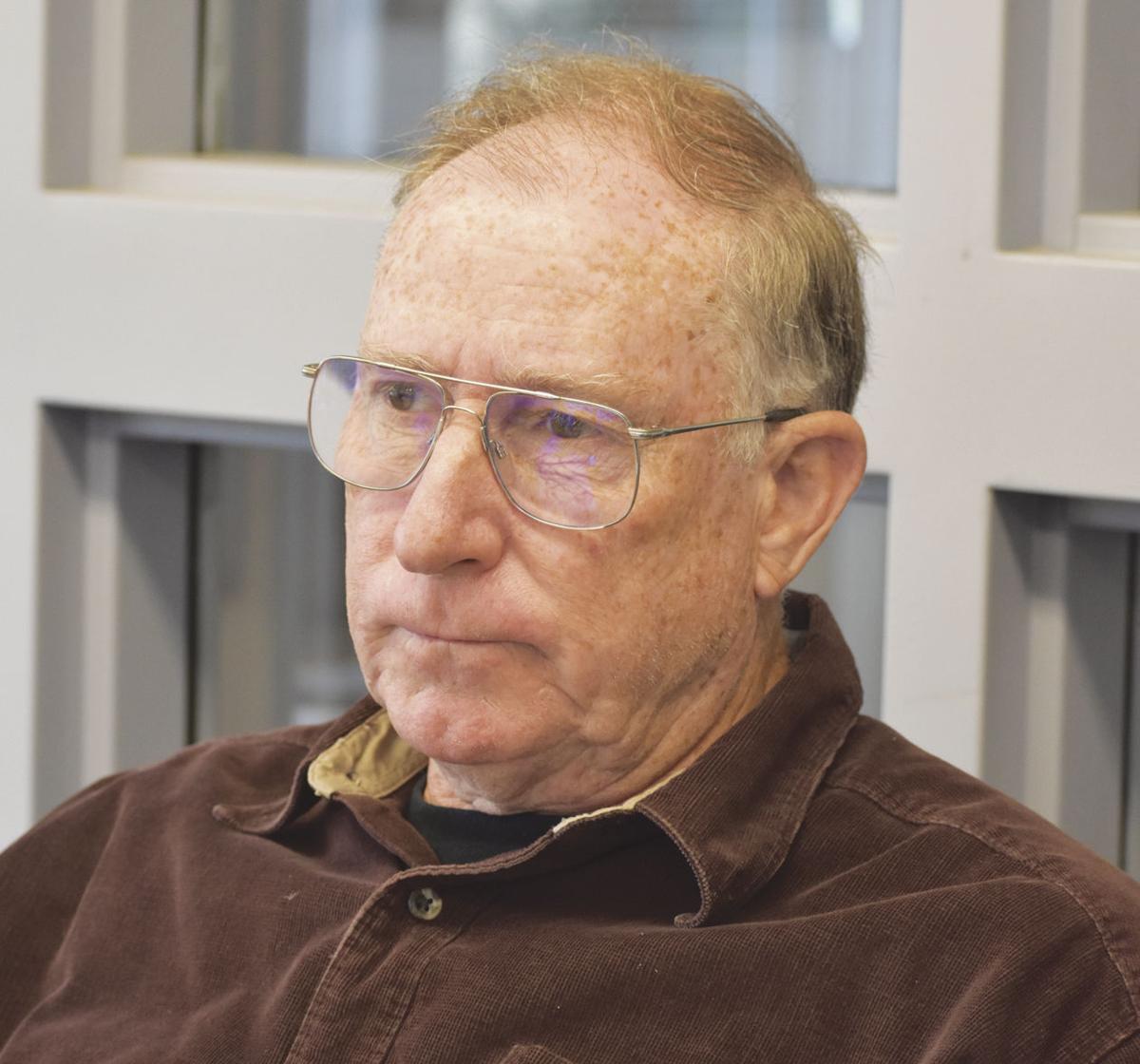 Steven Bender, a member of the Eastern Slope Regional Airport Authority, said he and other authority members were "caught asleep." (DAYMOND STEER PHOTO)

Steven Bender, a member of the Eastern Slope Regional Airport Authority, said he and other authority members were "caught asleep." (DAYMOND STEER PHOTO)

FRYEBURG, Maine — A member of the Eastern Slope Regional Airport Authority has charged that the authority’s executive committee violated its own bylaws by conducting secret negotiations regarding a proposed land sale for the purposes of putting a Poland Spring water bottling plant at the airport, despite the fact that building a plant there could create an aviation hazard.

The chairman of the authority called such concerns "premature."

The allegations were made by the authority's representative from Lovell, Maine, Steve Bender, 65, against the airport board's executive committee consisting of Chairman Don Thibodeau, 64, of Fryeburg, Vice Chairman Carl Thibodeau, 63, of Conway, Treasurer Gene Bergoffen, 79, of Fryeburg and Secretary Ed Bergeron, 69, of North Conway.

Bender has about 47 years of professional aviation experience, having worked as an airline captain and airport manager, among other capacities.

According to the airport's website, there are open seats for representatives from Bartlett, Denmark, Maine, Eaton, Madison and Sweden, Maine.

Whether to give permission to sell surplus land at the airport is up to Fryeburg voters, who will weigh in on that question and another on creating a tax increment financing district in town (known as a TIF, also beneficial to Nestle) at a special referendum election this Thursday.

However, the final say goes to the Federal Aviation Administration, which can either approve or deny the sale.

As described by Fryeburg Town Manager Sharon Jackson, named as the agent for the sale in Referendum Question No. 2, about 100 acres is involved; however, the question doesn’t specify a buyer, how much land is involved or the selling price.

Bender said 100 acres at the airport would fetch about $2.5 million.

Poland Spring, which is owned by Nestle, has called the land sale a “necessary step” in bringing a bottling plant, along with at least 40 promised jobs, to Fryeburg.

The town of Fryeburg owns the airport land and leases it to the authority. Much of the money to start the airport came from the FAA in the 1960s.

Bender explained the airport authority has four subcommittees and the executive committee is one of them. They are charged with running the airport between the full authority's quarterly meetings.

While it can meet between quarterly sessions, the executive committee cannot make long-term decisions for the airport on its own. Its actions must be ratified by a vote of the full board. But Bender said the board generally meets less than quarterly.

The board next meets Oct. 26, which is after the scheduled town vote, which is why Bender felt he needed to get the issue out to the public now.

Executive committee members are supposed to be elected during the first quarterly meeting of each year.

"They haven't done that since 2015," said Bender. "It's our position that these individuals are acting outside of the bylaws. They are not our duly elected representatives, and they don't have the authority to be doing what they are doing."

The last set of minutes from the executive committee posted on the Eastern Slope Regional Airport website dates from September 2016. A note on the page says the minutes from the August meeting will be available soon.

But Don Thibodeau (owner of Green Thumb Farms in Fryeburg and a flying enthusiast who keeps his plane at Eastern Slope airport) said officers of the authority — the executive committee — were elected early this year and in accordance with the bylaws.

He also said that Bender is welcome to attend executive committee meetings and can participate in any future formal actions of the authority.

"Steve’s questions are appropriate, but at this time premature, or in other words 'the cart before the horse,' Thibodeau said. "FAA is the deciding judge as to whether anybody can buy or build anything on airport land. FAA will make no determination until all the facts are presented."

He said the following steps need to be taken sequentially: getting a "yes" vote by the town; identifying a parcel of land; coming up with a construction plan; addressing environmental issues; and addressing aviation issues.

"Then and only then, FAA will approve or deny a sale and construction on land currently owned by the town of Fryeburg and governed by FAA rules and laws," Don Thibodeau said.

According to Bender, Conway businessman and selectman Carl Thibodeau (no relation to Don) admitted that the executive committee has been working on the negations for six months and has spent airport general funds on a consultant.

Bender believes the study should have been done before scheduling a town vote.

He referred to FAA Rule 77.27, which says: "The FAA will conduct an aeronautical study when: (a) Requested by the sponsor of any proposed construction or alteration for which a notice is submitted; or b) The FAA determines a study is necessary."

Bender said the airport authority was "completely blindsided" by the proposal to sell the land, which he said he learned about on Sept. 21 during a public hearing on the proposal held by the town.

This was also when Poland Spring ramped up a media blitz aimed at presenting the company as a friend of Fryeburg, one of four Maine water sources, running full-page color ads in The New York Times and posting a five-minute video, starring local townsfolk such as Selectman Janice Crawford and Fryeburg Business Association President Donna Woodward, on The Wall Street Journal’s website.

The business association hosted a bottling plant community forum at the Fryeburg Fairgrounds back on April 11. It featured Mark Dubois, hydrogeologist and natural resource manager with Poland Spring, as guest speaker. It was moderated by Bergoffen, an attorney who runs Maineway Services, a transportation consulting firm in Fryeburg and a business association member.

"They have been acting in secrecy," Bender said of the executive committee. "This whole negotiation with the town of Fryeburg to sell off a fifth of the airport property needs to go before the whole board, and they haven't done that. They are acting on their own."

According to Don Thibodeau, the town and Poland Spring told the executive committee about the potential land sale. He said the town is the party with the power to sell the land.

"The executive committee immediately informed FAA and Maine DOT about these intentions, to clarify the respective roles of the town, the authority and FAA," said Don Thibodeau.

"It was clearly understood by all that any land sold would not be needed for aeronautical purposes and that any construction on the land would not be allowed to affect the safe operations of the airport. No actions regarding the potential sale have been taken by the executive committee."

However, an agenda from the executive committee meeting held Sept. 28 at Green Thumb Farms that was provided by Bender shows item No. 6 to be listed as "Poland Spring negotiation" and includes "update on appraisal of land and offer."

According to Bender, the full authority still doesn’t know for sure which acreage might or could be sold since, for safety reasons, there are restrictions on building in the area around the airport.

"If the town of Fryeburg and the airport authority had done this correctly, they should have taken this to the FAA's airports branch and requested an aviation study, and that would require Poland Spring to be involved in this," said Bender.

"What they would do is they would take Poland Spring's plan, what they propose to build, location, exact building height, exact everything, and they would conduct this study and determine if there is a hazard to air navigation."

Asked about where a possible plant would be sited at the airport, Poland Spring spokesperson Jen Burke replied in an email Monday, "While we can’t speculate on what the building might look like until we decide where it is going to be located, we will work with the community and will adhere to their permit requirements."

Bridgton airport authority representative Mike Corthell, in a Sunday email, said he would oppose selling any land but would be willing to lease it under some circumstances. Regarding the town's debate over Nestle, Corthell said both sides need to be transparent.

The safety study Bender is pushing for would have to be paid for by someone, and the most likely to do so would be the town, Poland Spring and the airport authority. Even if the FAA determines the bottling plant is a hazard, the plant could still move forward.

"If somebody in an airplane hits that building, either on the ground or in the air, then the liability shifts to the ones who built it," said Bender.

Bender said that if voters on Thursday agree to sell the land, he and the other airport authority members will ask for the aviation hazard study to be done.

"If the town of Fryeburg can act swiftly before this study is completed and sell the land, there's nothing we can do about it," said Bender, adding that a study would take at least 45 days.

Bender speculates that the executive committee is keen on selling the land in order to raise money for a jet hangar that could cost $2 million.

Don Thibodeau said should the ballot question pass, the safety analysis and other studies would be performed. The amount of compensation to the airport authority also would be determined after Thursday's vote.

"Steve Bender, as a board member, and the full board will be engaged fully in any formal actions needed or appropriate in the future."

Asked why the other authority board members let these problems go for so long, Bender admitted they got "complacent."

"We got caught asleep, that's the bottom line," said Bender.

Bender said he discussed these issues with the executive committee on Sept. 28 in hopes they would become more transparent.

"So far, they have refused to do that," said Bender

The Sun attempted to cover the Sept. 28 executive committee meeting but was told to leave as it was not open to the public.