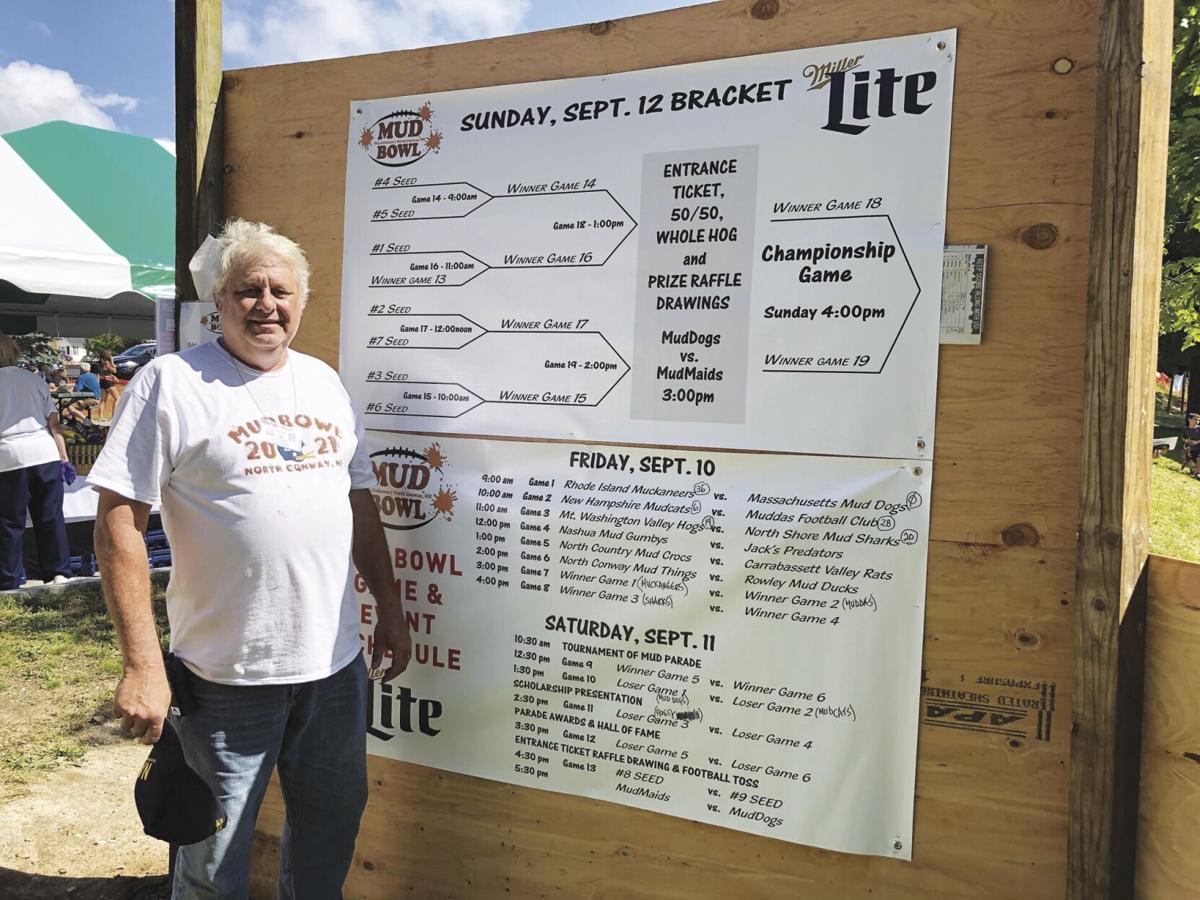 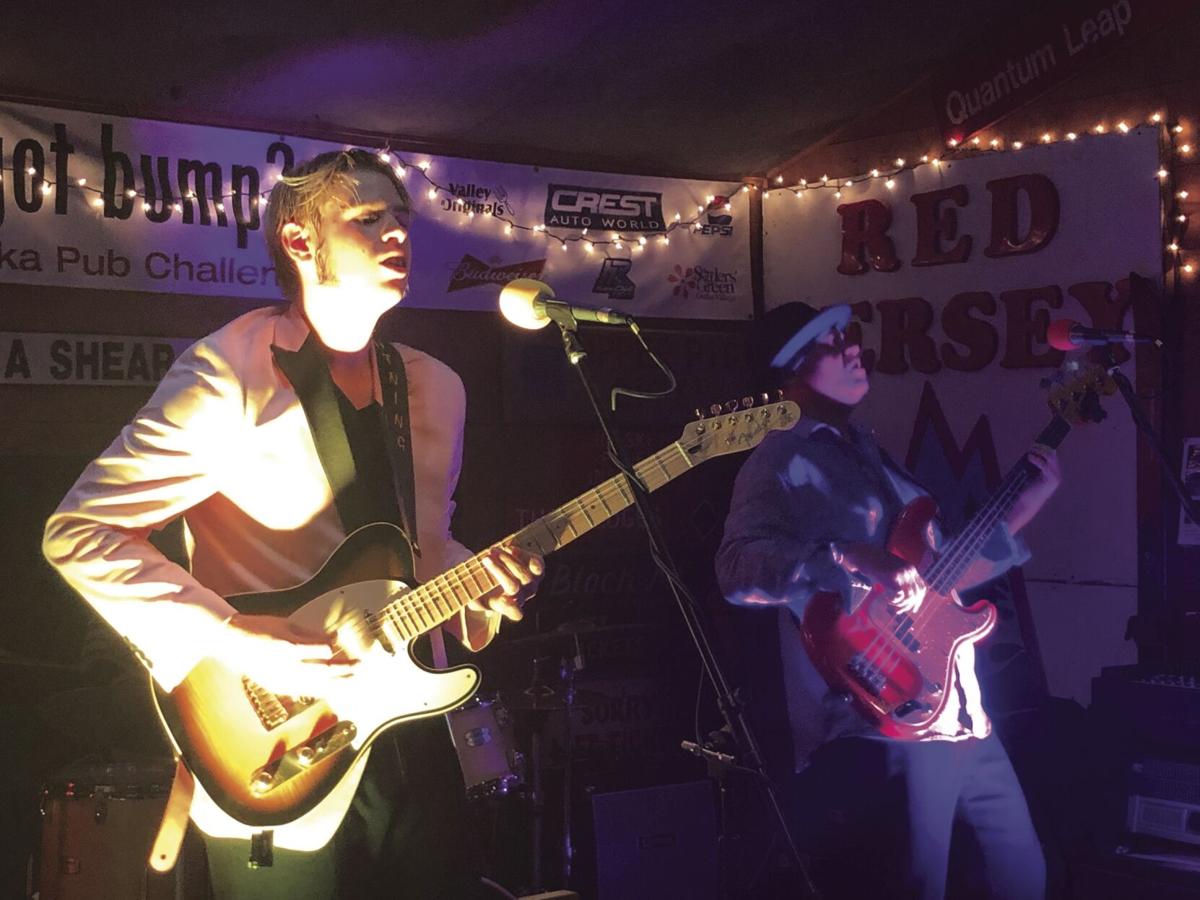 Darren “Lightnin’” Thiboutot Jr. rocked the timbers with his Memphis Lightning bandmates at the Red Parka Pub in Glen for an electrifying night of blues and rockabilly on his 24th birthday The band returns Sept. 17. (TOM EASTMAN PHOTO)

Darren “Lightnin’” Thiboutot Jr. rocked the timbers with his Memphis Lightning bandmates at the Red Parka Pub in Glen for an electrifying night of blues and rockabilly on his 24th birthday The band returns Sept. 17. (TOM EASTMAN PHOTO)

CONWAY — The scheduled 20th anniversary of 9/11 observances this morning in Jackson and North Conway combined with Mud Bowl’s return after a year off due to the pandemic makes for a strange combination of events today, to say the least.

I plan to cover both the ceremonies in Schouler Park and then stay put for the 38th Tournament of Mud Parade, set to begin at 10:30 a.m.

Kudos to state Rep./Army veteran Steve Woodcock (D-Conway) and his American Legion Post 95 colleagues for organizing the North Conway 9/11 observances and to Kathleen Driscoll Falmmia of the Jackson Area Chamber for her efforts to hold the Jackson Supports You Walk for Freedom for the 17th year.

Jackson’s events start at the Jackson Covered Bridge at 8:15 a.m. and North Conway’s at 8:30 in the park.

WEARING A MASK, I stopped by Hog Coliseum under sunny skies Friday morning for the start of Mud Bowl, which continues through Sunday with five games today and seven Sunday.

Women’s matches are set for 5:30 p.m. Saturday between the Mud Maids and Mud Dogs as well as on Sunday at 3 p.m.

Sunday’s slate features seven games, beginning at 9 a.m. and concluding with the finals at 4 p.m. Go to Mud-Bowl.org for more information.

WHILE AT the top of Steve Eastman Memorial Field at Hog Coliseum Friday, I ran into Mud Bowl Hall of Famer Jason “Dr. J” Holder of the 21-time champion Muddas Football Club of Amherst — someone I first met when I was 10.

Now 74, and still playing on special teams and cornerback, Jason said it was great to see Mud Bowl return — in expressing those remarks, he paid tribute to his college buddy and brother in the mud, the late Steve Eastman (my brother), who passed away from brain cancer in 2008.

“Our brother, our friend, Steve, invited us to come and play in 1980 at the Mud Bowl Olympics at Cranmore and he we are, 41 years later,” said Dr. J, noting his team is now fielding its third generation of players.

"It is his spirit of brotherhood and community that lives on and which we celebrate here at Mud Bowl," he said, pausing near the boulder bearing Steve's mantra, "Love everyone. Hold no grudges. Do good deeds."

Like Tom Brady, who at 44 led his Super Bowl champion Bucs to a thrilling come-from-behind victory over the Dallas Cowboys, 31-29, in the NFL season opened in Tampa on Thursday, Dr. J shows no signs of slowing down.

And like Brady, he loves the game — having started the football program at Plymouth State when he and my brother were there and having gotten an intramural football program started when stationed as a Marine in San Diego.

IN OTHER NEWS, more than 100 people — many wearing masks — turned out at the Conway Rec Center’s Marshall Gym Thursday night for the Conway Planning Board’s continued site-plan review of the proposed and controversial Viewpoint North Conway LLC Intervale hotel project.

The nuisance complaint filed by abutters was continued to 6 p.m. at the Marshall Gym Sept. 23. No action was taken on the maple tree, but there were arguments by Viewpoint’s attorney, John Ratigan, that people cannot attack another property owner about a tree on his private property. Channel 9 ran a short piece on the hearing Friday morning. We’ll have more for Tuesday’s paper.

IN MUSICAL NEWS, fans were treated to yet another electric performance by Memphis Lightning’s Darren "Lightnin'" Thiboutot Jr. and bandmates at the Red Parka Pub’s Blue Sunday show Sept. 5. It was Darren’s 24th birthday, and cake was served by staff to help celebrate the occasion.

Over a piece of cake, Darren shared that his nickname is Lightnin’ not only because of his incredibly hot guitar style, but also because has been struck by lightning twice — once while shooting a video on stage and the other when he was “foolishly playing baseball with an aluminum bat" as a storm approached.

He’ll return with the band to the Parka on Sept. 17.

I also took in regional folksmith Cormac McCarthy's excellent show at the Wildcat Tavern's Garden Dinner Stage Series last Saturday night, as well as Boston rocker Sarah Borges and the Broken Singles Labor Day at the Feel the Barn Series at the Farmstand in Chocorua on Monday night. Amarantos is at the Wildcat tonight and Jon Pousette-Dart and his duo is at the Farmstand Sunday night.

MUSTER IN THE MOUNTAINS: A re-enactment of the French and Indian War, Revolutionary War and Mountain Man periods from 1750-1840 is taking place at the base of the Mt. Washington Auto Road, today and Sunday, so be sure to check it out.

Looking ahead to next weekend, get ready for Jen’s Friends’ 23rd annual Climb Against Cancer, to be held live and virtually Sept. 18. Go to jensfriends.org for all the details about this heartfelt community event.