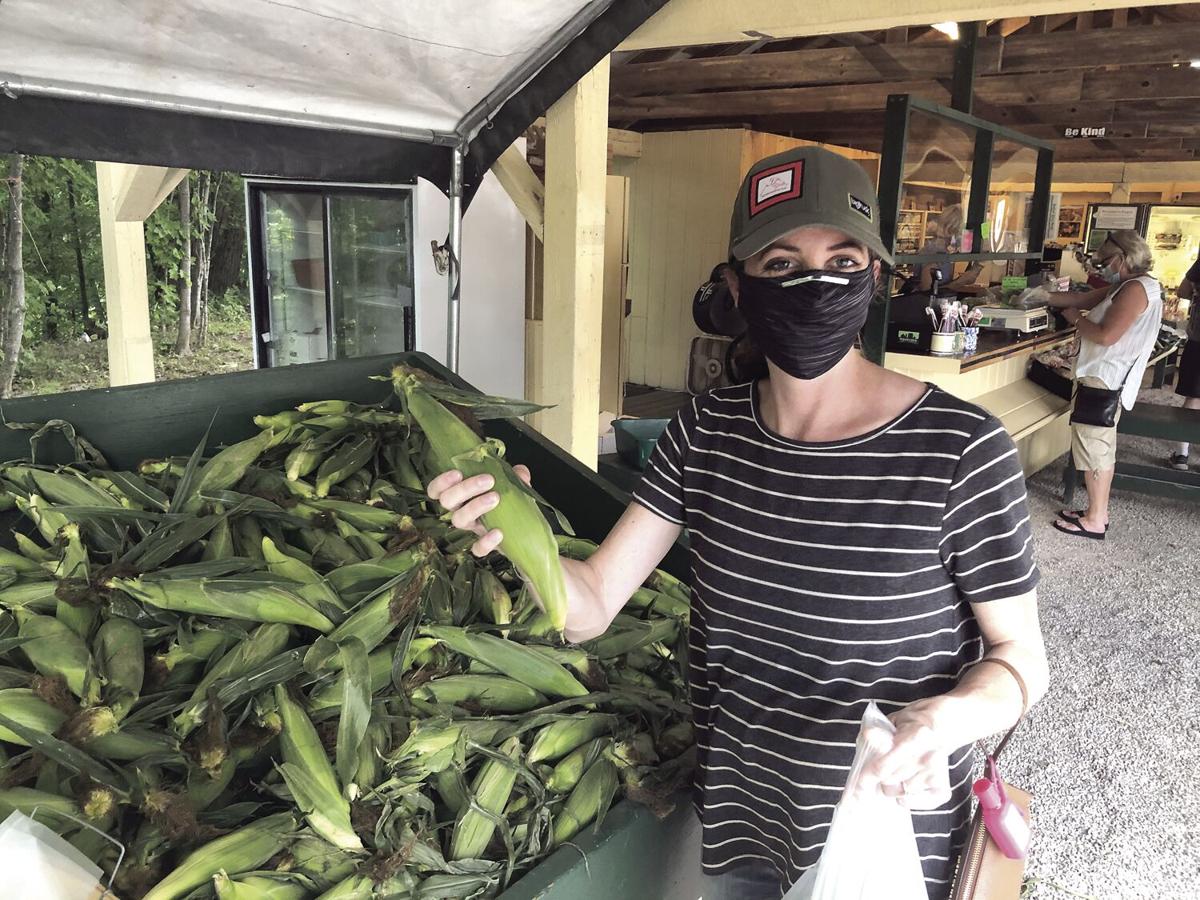 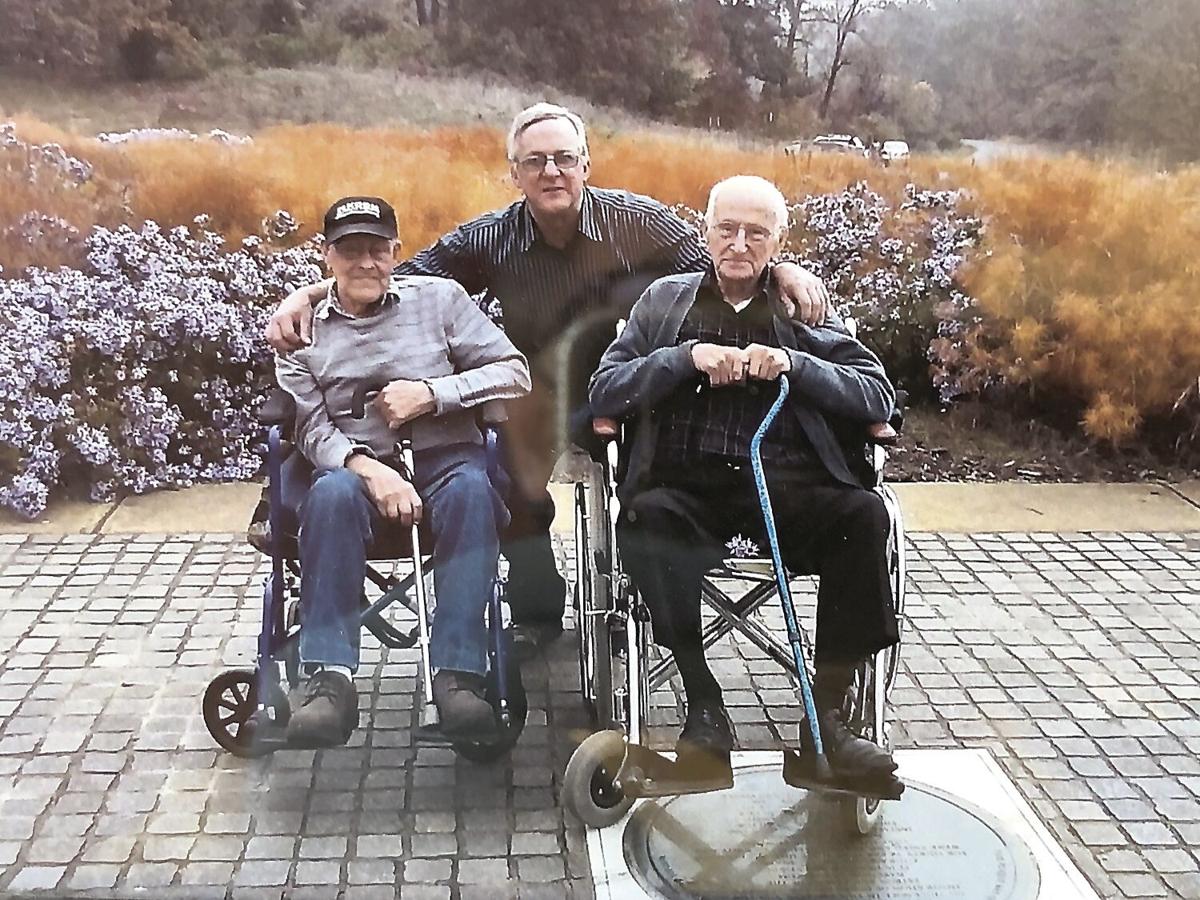 John Wood (center) is shown with his father, Edwin Wood (foreground, left) and his uncle, Frederick Wood (right), both D-Day World War II veterans on a trip three years ago to the National Arboretum in Washington, D.C. (COURTESY PHOTO) 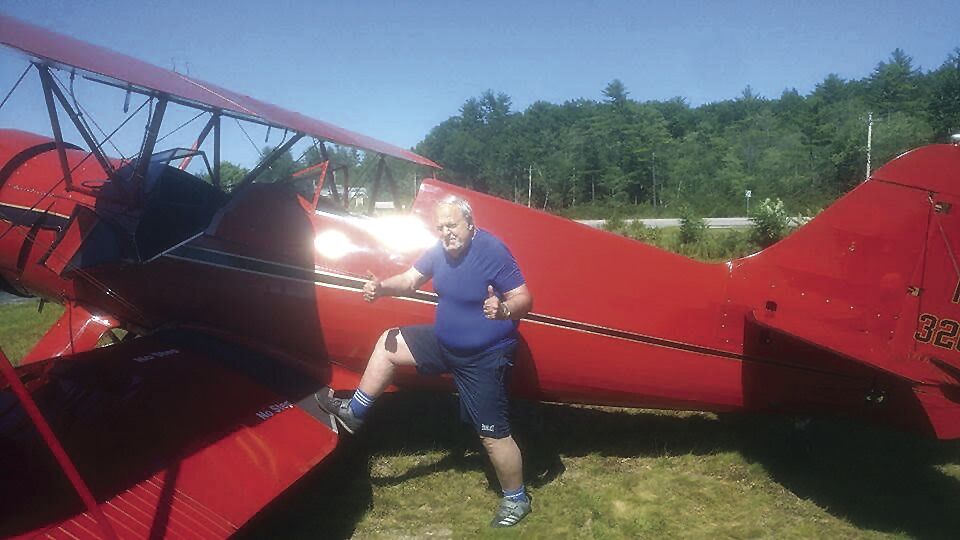 Happy birthday to community servant and weight lifter Ted Sares, who along with several other local residents and the late Jerry Garcia of the Grateful Dead, celebrates his today, Aug. 1 (COURTESY PHOTO)

John Wood (center) is shown with his father, Edwin Wood (foreground, left) and his uncle, Frederick Wood (right), both D-Day World War II veterans on a trip three years ago to the National Arboretum in Washington, D.C. (COURTESY PHOTO)

Happy birthday to community servant and weight lifter Ted Sares, who along with several other local residents and the late Jerry Garcia of the Grateful Dead, celebrates his today, Aug. 1 (COURTESY PHOTO)

TOP OF AUGUST to you and yours, which not only means it’s yours truly’s birthday today (8-1) and the start of vacation, but it also means it’s the height of summer and the best news for any true New Englander is the start of the fresh sweet native corn harvesting season.

“We started picking our own today, as a matter of fact,” said Cathy Sherman of Sherman Farms of East Conway on Friday morning. “We are picking espresso variety — it’s very sweet and very tender. The season? It’s been dry, but we are very fortunate to be able to add water as needed, so things are growing very well — we are at peak summertime production" (for all of their produce).

Weston’s Farm’s George Weston says they started picking their own corn two weeks ago. They are currently selling yellow and white. “It’s nice and sweet.

“It’s been very dry and quite challenging. We have irrigated a lot. It’s quite sweet and tasty. So far, so good,” said George.

Whether you call it Zea Mays or native corn, it’s the best, is all there is to say about it.

IF BLUEBERRIES ARE also your style, then head on down to the Carroll County Farm today from 9 a.m.-1 p.m. to pick some blueberries for $5 a quart. Picking is done Saturdays (rain date Sundays), notes County Lands Advisory Committee Chair Dale Drew of Conway, nicknamed the "Blueberry Czar.”

They include Troop 150 from North Conway, Troop 151 of Tamworth and, new this year, Troop 142 of Moultonborough. In total, about 24 youth are involved. Due to COVID-19 limiting other opportunities, blueberry picking has become an important fundraiser for the Scouts, Dale said.

From Conway, head south on Route 16 and then turn west onto Route 28.

A DIFFERENT KIND OF NURTURING: Just as local farmers and gardeners have done a great job nurturing crops, I’d like to take a second this week to salute all of those nurturers in our lives, the unsung heroes and heroines who give of themselves to others, not only in these pandemic times but always in times of need.

One in particular who stands out is John Wood, 64, of Center Conway, a friend whom I met while doing a story last year on the 75th anniversary of D-Day. “Brothers in arms: Wood brothers and D-Day, 75 years after,” ran in The Conway Daily Sun’s June 1 edition (see conwaydailysun.com/news/local/brothers-in-arms-wood-brothers).

Late last May, CDS photographer Jamie Gemmiti and I headed out to John’s home to do the story.

“What I remember is the sky just being full of planes. You couldn’t see the sky,” said Edwin Wood, who was a 25-year-old Army private from Lynn, Mass., when he served in the third wave to hit the beaches. “I was very fortunate because I did not land until the third wave and the beachhead had already been established,” said Ed. “Those guys in the first waves had it tough. They were slaughtered, let’s put it that way. I don’t think there were many left.”

Fred – who was an Army captain who retired from the National Guard as a colonel — shared black-and-white snapshots of France and Germany that he had taken during the war, as his service brought him throughout the region. He says he took the photos using a camera that he had found in France, with film still in it. The most notable photo shows Fred after the collapse of the Nazis in 1945, sitting in Hitler’s chair at the Eagle’s Nest in Berchtesgaden, Germany.

John said: “It was after the war and my uncle was traveling around, making sure everything was all right. He sat in the chair because he wanted to show that Hitler wasn’t in charge anymore.”

Asked about their service, Fred said, “We all had a job to do, and we did it,” noting that their late brothers Herbert (Air Force, and later involved with the Apollo space program) and Ernie (Navy) also served during the war, members of what journalist/author Tom Brokaw has called “The Greatest Generation.”

Sadly, like so many World War II veterans, we have now lost both brothers: Ed, 101, died peacefully of natural causes at home Sept. 16, 2019; Fred, 103, died July 20 after a brief illness at Memorial Hospital.

John — a landscaping business owner — called me this week to see if he could get copies of the photos that Jamie took that day. I asked how he was doing, having taken care of his parents and uncle selflessly over the past 30 years, with his uncle moving in with his dad three years ago after his mother’s death in 2016 — like so many unsung heroes.

“It’s pretty tough, to tell you the truth. I have been taking care of them all for the past 30 years, and now they are gone,” said the self-effacing, gentle-spirited John. “But you know.” With his voice breaking, he said, “I feel like I helped them get to the gates of Heaven, I really do.”

I consoled him, saying that was absolutely true.

I also brightened his spirits a bit by telling him that once the article about D-Day was published, I didn’t pay for a breakfast, dinner or beer for a week as I made my rounds around the valley — everywhere I went, people would call me over to say how much they enjoyed the article, as well as to share stories about what their dads did in the war.

John thought that was pretty funny when I told him that I owed his dad and uncle for the free beers and food.

I share this story only to pay tribute to the fallen Wood brothers and all veterans this 75th anniversary of the end of WW II, but also to salute John and all caregivers, who in my mind are the true heroes in our society, especially during this pandemic.

Thank you, John, and all caregivers, whether professionals in hospitals and nursing homes or those taking care of loved ones at home to be able to spend their last years in dignity.

They all deserve our thanks.

ON BREAK: Have a good week, and I'll see you with my next Valley Voice in the Aug. 15 edition.