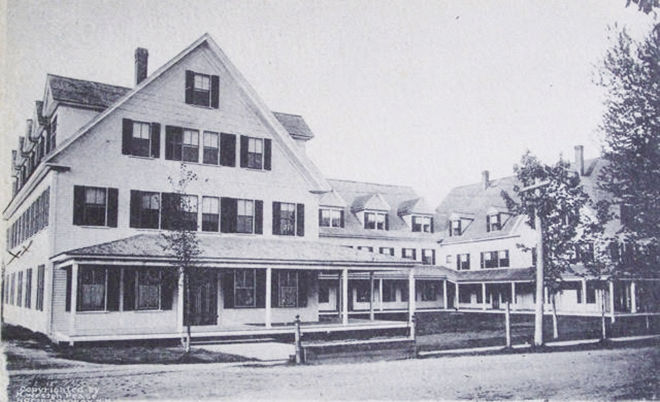 The Eastman House, ready for the summer onslaught, 1907. (VINTAGE POSTCARD) 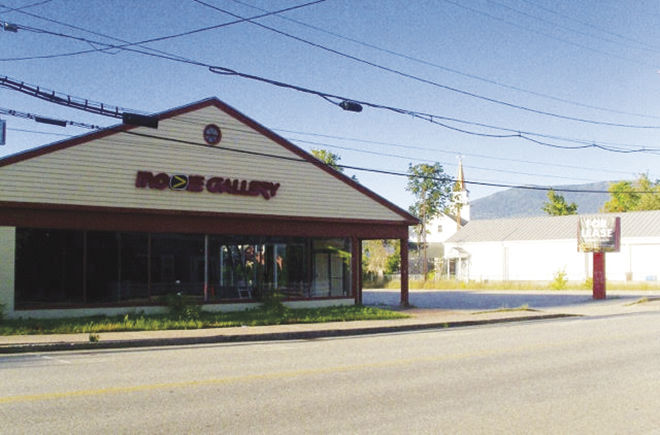 The Eastman House, ready for the summer onslaught, 1907. (VINTAGE POSTCARD)

Alfred Eastman made his fortune without going far from home. He was born in Kearsarge in 1843, married young and stayed home from the Civil War to work in North Conway’s growing hotel business. Tourism took a great leap immediately after that war, as it does after every war, and Eastman started taking guests into a big home he inherited on Kearsarge Street — at the right in the complex pictured on the 1907 postcard here.

His first wife died in the summer of 1874, leaving him with a couple of children. That threw a monkey wrench into the tourist season that year, but the next winter he married again and started a new brood. Meanwhile, he threw himself whole-hog into cultivating patronage at his hotel, building a three-story addition parallel to the original house, on the opposite side of his property. August was always the busiest month, and at the end of July in 1896 he reported 75 guests already ensconced, with another 25 expected within a few days. Discount rates ran as low as $1.50 per day for large groups. The lowest daily rate offered by the big Main Street hotels, such as the Kearsarge House, was $2.

The addition included a music hall, and the Eastman House orchestra rivaled that of the Kearsarge House. Dining facilities took up much of the addition but still proved inadequate, and after the end of the season in 1897, Eastman started an addition that connected the two buildings, expanding both the dining hall and number of rooms. He talked about erecting a fountain in the center of the lawn that never came to pass, but at the height of the 1908 season he boasted 115 guests. He retired the next year, turning the hotel over to his oldest son by his second wife and dying three years later.

North Conway’s summer of 1917 was bookended by two disastrous hotel fires, the first of which leveled the Eastman House on May 20. Eastman’s old competitor, the Kearsarge House, burned to the ground on Oct. 11, shortly after closing for the season.

The era of the grand hotels was clearly over by then, and the Eastman House was never rebuilt. By the 1960s the site was occupied by the local IGA store, but all those village grocery stores perished after the appearance of mall-based megastores. The IGA was transformed into a succession of video stores, the success of which is advertised by the “For Lease” sign in the empty parking lot above. The latest rumored use of the old Eastman House site involves a commercial parking lot, charging by the hour. What more would we need to illustrate that the town has outgrown its mythical country flavor?