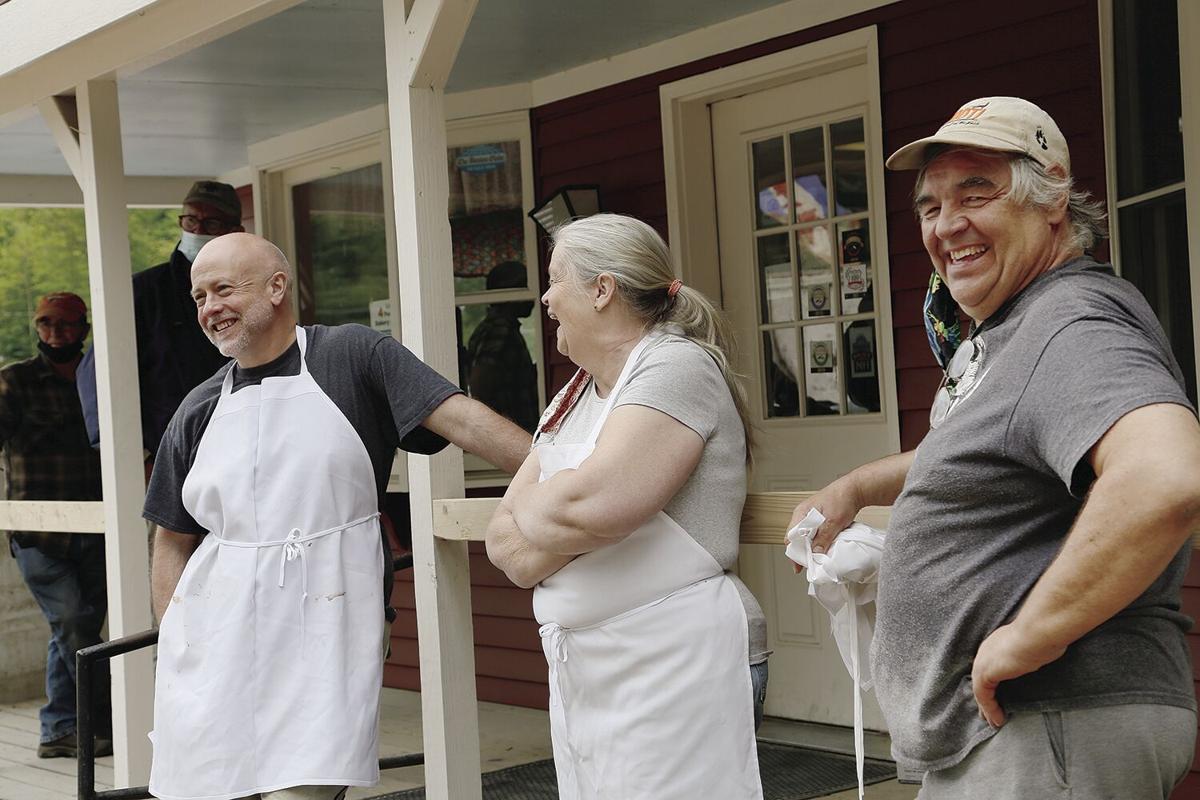 (From left) New owner Sean Young and Beth and Ray Leavitt talk with a Sun reporter at Leavitt's Bakery on Friday morning. Ownership of the bakery changed hands recently after many years of business. (RACHEL SHARPLES PHOTO) 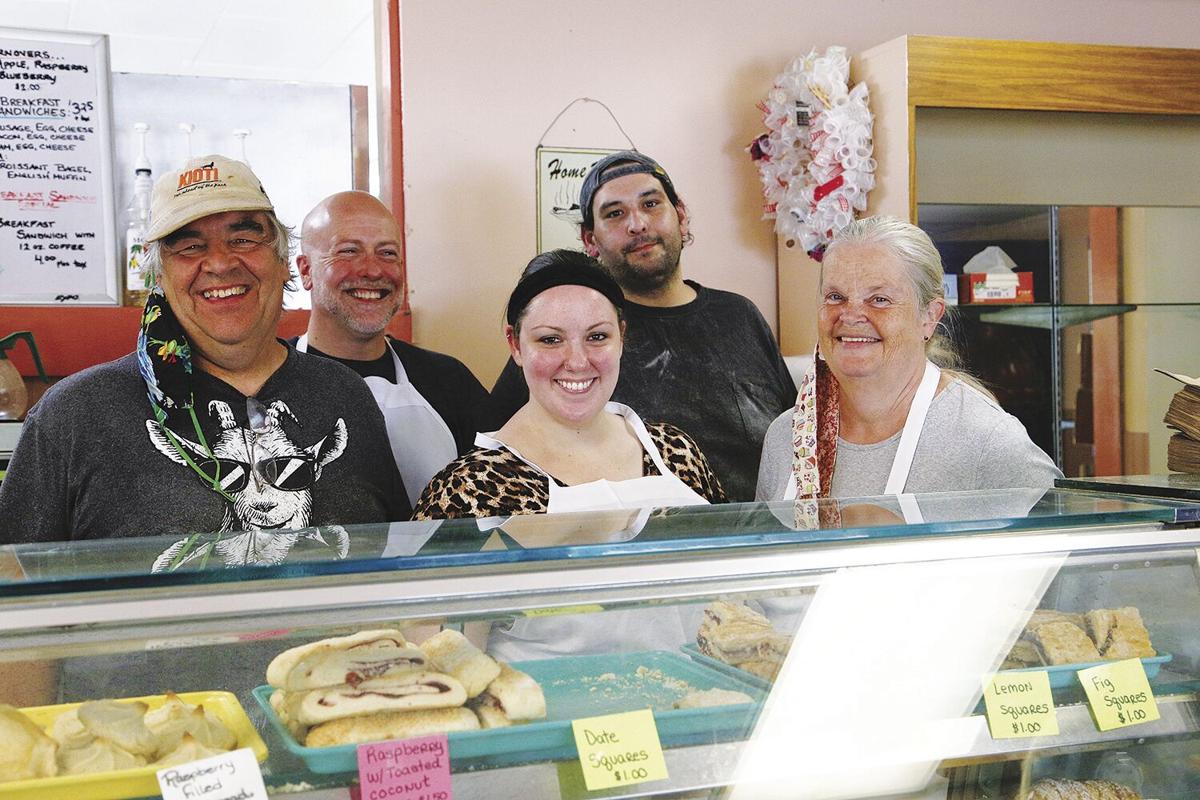 (From left) New owner Sean Young and Beth and Ray Leavitt talk with a Sun reporter at Leavitt's Bakery on Friday morning. Ownership of the bakery changed hands recently after many years of business. (RACHEL SHARPLES PHOTO)

CONWAY — Following some hiccups caused by the pandemic, Leavitt’s Country Bakery — a community staple for nearly 45 years — has been sold.

Proprietors Beth and Ray Leavitt of Center Conway closed on the sale of the award-winning bakery May 24.

Buying the business are Sean and Kristin Young of Gorham, Maine, who own and operate Premier North Conway, a furniture and appliance business that opened in 2017 at 32 Mountain Valley Boulevard.

Transacting the bakery sale were Ralph Cronin and Daren Levitt, both of Badger Realty of North Conway. Ray Leavitt said the selling price “was in the $300,000 range.” The sale included the building, business, equipment and .48 acres.

It represents the end of an era for the Leavitts, who the bakery Columbus Day Weekend on Oct. 9, 1976.

“We are very happy to sell to the Youngs. We had several offers and interest. It came down to two offers. We chose Sean and Kristin because we believe they share our community values, and we fell it will be a good fit for them and the community,” said Ray.

“We have always loved Leavitt’s. We wanted to be able to continue that tradition as a family-owned business,” said Sean Young, 50.

He and Kristin have three children: son Collin, 24, a University of Southern Maine graduate and an actor who has been working at the bakery since the transaction; daughter Quinn, 19, a sophomore at Husson University in Bangor, Maine; and son Wesley, 18, a recent graduate of Gorham High School.

Sean said: “One reason we were interested in Leavitt’s is that it is similar to what we have created at Premier — we get to know our customers very well and we try to make it an experience. Our customers are like family to us — and that is the same with the Leavitts. They have the same vibe that we have at Premier."

He said no changes are expected in the bakery’s operation for now, other than some landscaping and a few changes in the layout of the counter.

“In the future, we may try some of our own creations and maybe some sandwiches and ice cream, we don’t know just yet,” Sean said.

Over the past few weeks, Ray Leavitt has been helping to train staff in the bakery's inner workings — longtime Leavitt’s customers would call it the “magic” — that is infused into all of the baked goods, especially their renowned honey-dipped doughnuts.

Participating in those 2 a.m. sessions have been not only Sean Young but also Nick Garrison, a longtime Portland, Maine, chef whom Sean has enticed to the valley to work at Leavitt’s; and Nick’s sister-in-law, Kristine Garrison, an experienced baker who is married to Ed Garrison, manager of Premier North Conway. Ed may help out occasionally at Leavitt’s as well, Sean said.

The Leavitts originally had planned to retire last February, but longtime regular Calvin “Buzz” Coleman told them a business had greater value if it was still a going concern.

They had a few nibbles from potential buyers, but then the pandemic hit, which put everyone’s plans on hold.

Strangely, however, "our business actually increased during the pandemic,” said Ray. “People were looking for takeout, and so our business got a boost.”

He and Beth and staff instituted changes that included limiting the capacity inside to four customers at a time and requiring masks.

Long the unofficial “town hall” of Conway for decades, Leavitt’s has been a place where town and state officials come to catch up on local news over a doughnut and to seek guidance from Ray, a former selectman, past school board chair and former Center Conway fire chief.

Together, he and Beth have contributed to many community causes throughout their years in business. Now, they look forward to retiring from the bakery business, helping out as consultants should they receive a call for guidance from Young and staff — and staying busy on their Center Conway farm, where they raise pure-bred Nubian goats and participate on the fair circuit in Maine and New Hampshire.

They also plan to spend more time with their family: two sons, five grandchildren and one great-grandchild.

Asked what they will most of all, Beth and Ray said it will be their daily interactions with customers; however, they note they’re not moving out of town, just moving onto a new phase in their lives, one which will not require Ray to show up at the bakery at 1 a.m. every day.

“We want to thank our customers and staff for their support all these years, and we wish Sean and his family and staff the best. We’ll be here if they need anything,” said Ray.

In addition to the staff that the Youngs are bringing, longtime Leavitt's employees Judy Rappe and Lyric West will continue to serve customers at the bakery, Beth said.