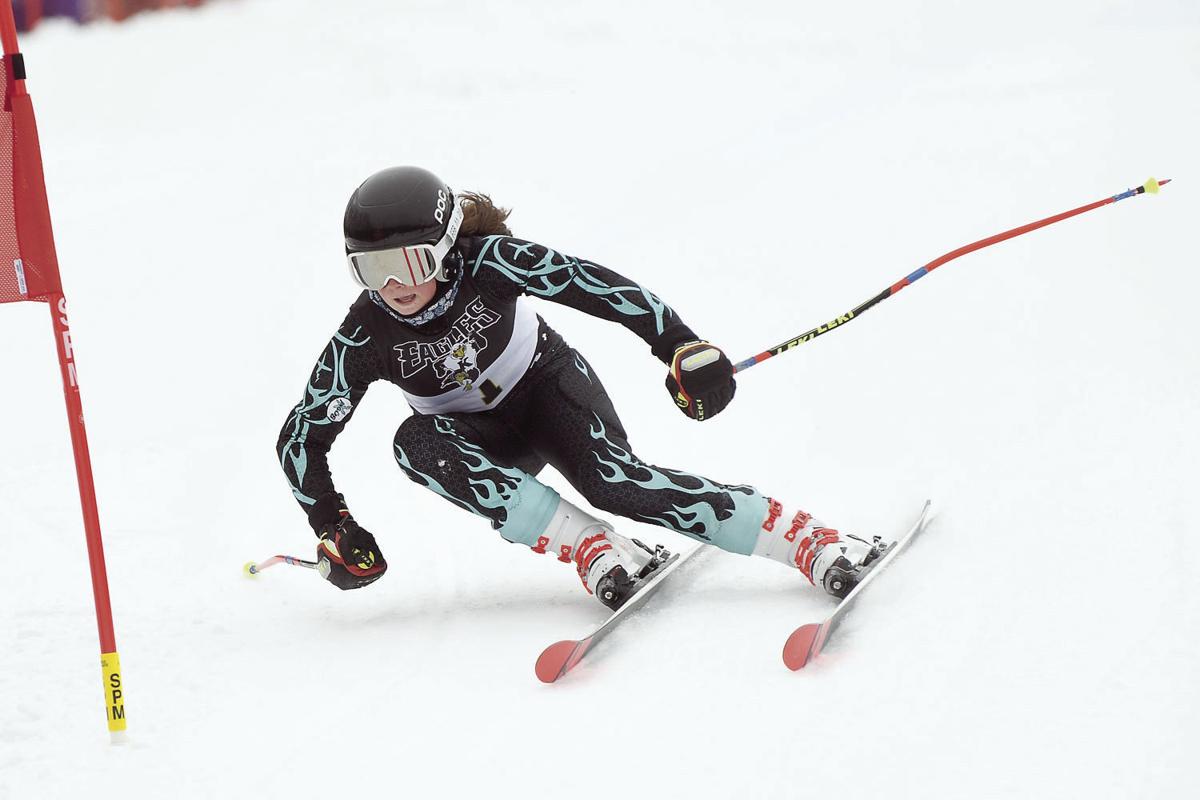 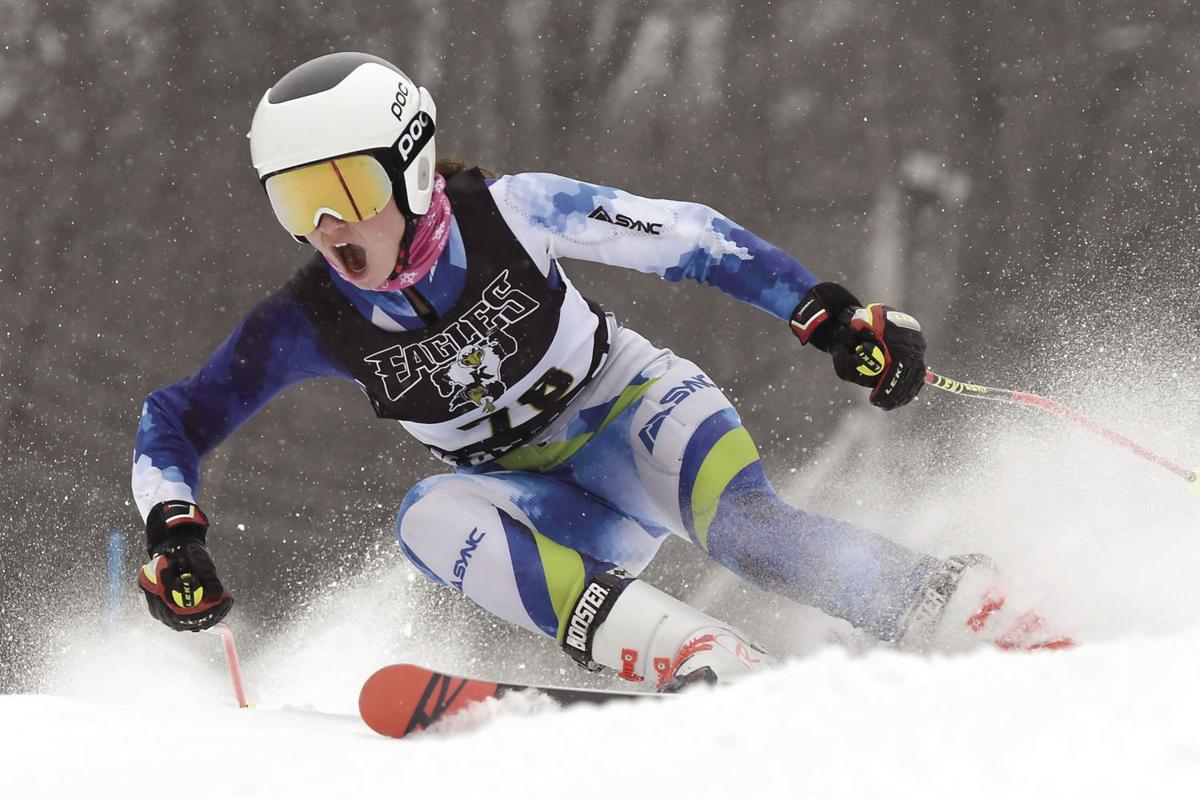 CONWAY — The Division II Girls State Alpine Championship plaque is back in the nest.

After Hanover snapped Kennett High’s record-setting six-year run as champs at Pats Peak in Henniker last February, the hometown Eagles were all business on Tuesday at Cranmore Resort and took care of business, too, winning the morning GS and the afternoon slalom team events to win the championship.

Individually, Kennett’s Ashley Garside is the state giant slalom champion, while teammate Mackenzie Carr was the runner up in GS.

Skyler Sayers also had a podium finish for the hometown flock, placing third in the slalom.

Coach Laurel Zengilowski and Assistant Coach Ed Bradley praised the Eagles for their performance and skiing as a team.

She added: “I want to especially thank Mt. Cranmore for an amazing race in some tricky weather.”

Zengilowski was cautiously optimistic going into the State Meet as the Eagles had been so consistent all season.

The Division II Boys Alpine Championships are scheduled for Wednesday, Feb.12 (9:30 a.m.) at Crotched Mountain in Bennington. The Eagles are seeing a three-peat, a third state title in a row.

With snow showers on and off throughout the day followed by afternoon fog, the Kennett girls got their championship off to a terrific start by placing four skiers in the top 6.

She was joined on the podium by fellow Eagle Mackenzie Carr, who was second in 48.90, and Valentina Capponi of John Stark, who was third in 49.06.

Sayers was the third Kennett skier, finishing fifth overall in 49.65. Right behind her was Eva Drummond, who was sixth in 49.82, followed by Morgan Carr, 12th, 50.87, and teammate Amy Burton did not finish the race.

There were 70 girls in the GS.

Alternates for the girls were Addie Nelson, Sierra Abrams, Autumn Sanphy, Katie Brooks and Cassie Cassie Irish, while Julian Brochu, Ethan Nemeth, Sean Morgan and Brandyn Nault are the alternates for the boys.

Top 10 finishers in GS and slalom at the State Meet earn skiers an invitation to the prestigious Meet of Champions at the Mittersill Ski Area at Cannon Mountain on Thursday, Feb. 20, at 9:30 a.m. Kennett and Kingswood are the host schools for the day.