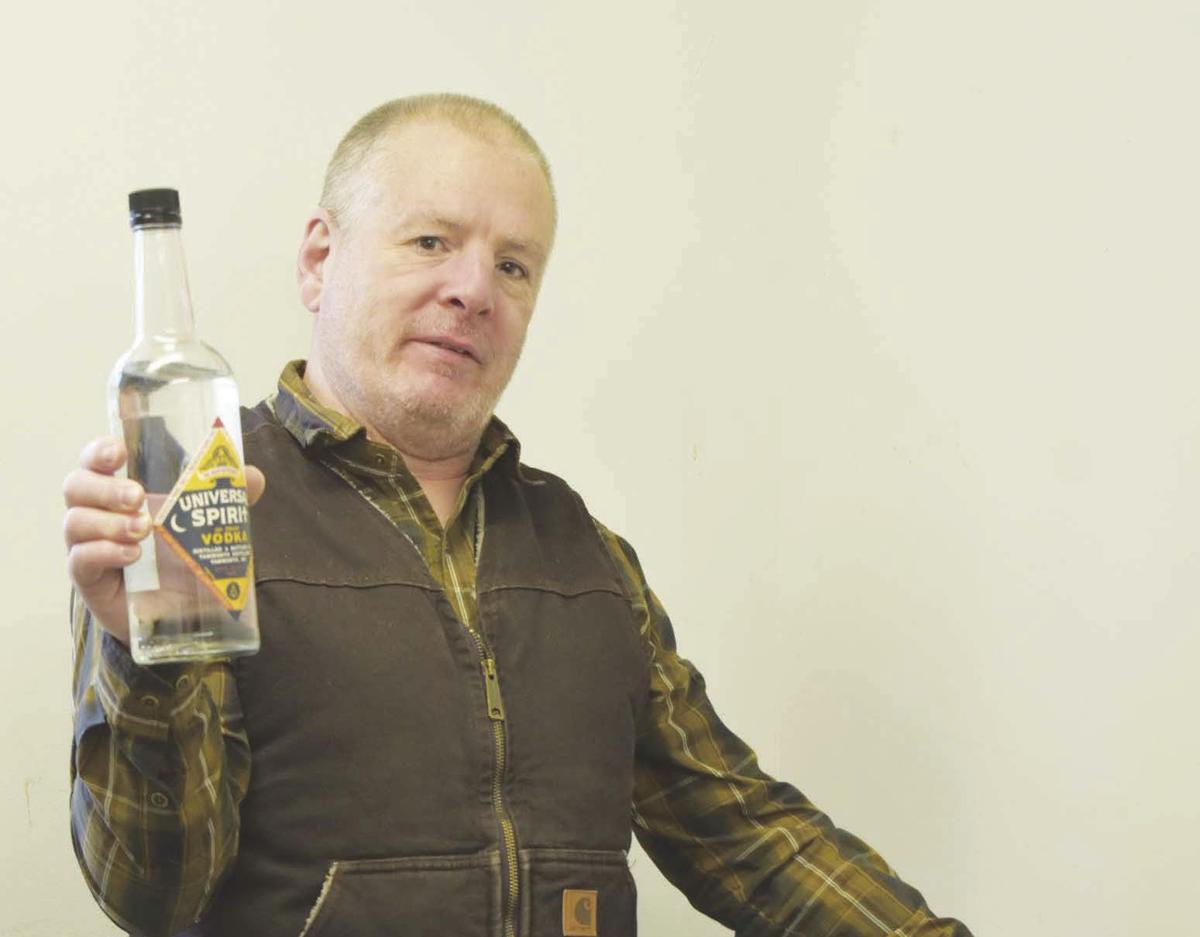 Tamworth Distilling's Director of Operations David Grasse holds a bottle of 151 proof spirits that he says can be used as sanitizer. On Monday, he said the distillery will be making hand sanitizer after all the ingredients are received. (DAYMOND STEER PHOTO) 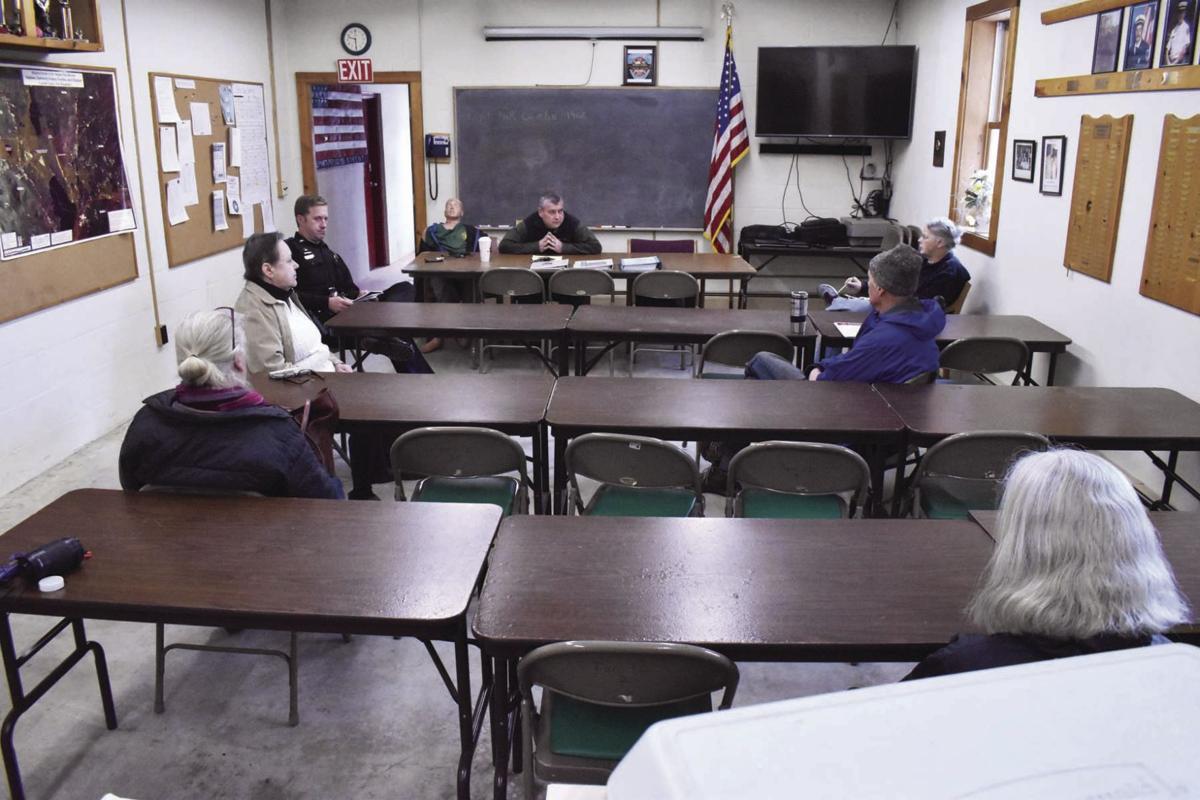 Tamworth Distilling's Director of Operations David Grasse holds a bottle of 151 proof spirits that he says can be used as sanitizer. On Monday, he said the distillery will be making hand sanitizer after all the ingredients are received. (DAYMOND STEER PHOTO)

TAMWORTH — In the wake of the worldwide outbreak of coronavirus, Tamworth Tamworth Distilling & Mercantile will begin producing, distributing and selling hand sanitizer as soon as all the ingredients come in, according to its director of operations, David Grasse.

“What we’re going to make is a real (hand) sanitizer,” said Grasse. “We’re using hydrogen peroxide, combined with our high proof spirit and glycerin. The glycerin gels so it stays on your hand and spreads nice and easily.”

He said the glycerin is expected to be delivered this week.

“We will be making about 70 gallons of hand sanitizer,” said Grasse, who said the finished product would be delivered to the Tamworth Community Nurse Association and perhaps another medical facility as well.

Other batches will come if he can get enough glycerin; there needs to be about 20 pounds per batch.

The sanitizer could be delivered to places like the TCNA in 5- gallon buckets with pumps. “The thought was people could bring in their jars and fill them,” said Grasse.

A beer or wine maker cannot make sanitizer because the proof levels of those beverages isn’t high enough. A New Hampshire company would need to hold a state liquor manufacturing permit to make enough high-proof ethanol to produce sanitizer.

“It has to be 60 percent ethanol to be effective,” said Grasse.

The Tamworth Distillery is one of about seven distilleries in New Hampshire. Another is currently under construction in North Conway just south of The Local Grocer.

Grasse said hand sanitizer will also be sold at a reasonable cost at the retail side of the distillery in 16-ounce pump dispensers.

Grasse said making the sanitizer actually makes the distillery more efficient because the “waste” from the distilling process can now be put to good use as a sanitizer ingredient.

Raineville told the group that there are three families in town that have pending tests for COCVID-19 and that the members of those families “feel pretty rotten.”

She said she still has free sanitizer at the nurse association office. She had purchased supplies of it prior to town meeting.

Attendees at Monday’s meeting said residents have been trying to help each other through by delivering groceries and goods to people who are homebound.

Mason said the safe-distancing protocol is that those who need the supplies leave their shopping list on the step or someplace outside. Then the shopper brings back the groceries, knocks on the door and leaves.

Rainville said there’s now a phone tree system where people check in on each other with “social safety calls.” She explained that the tree starts with “captains” in Chocorua, South Tamworth and Wonalancet.

“I think it’s a big deal that we’re reaching out to people,” said Rainville. “One of the captains said, ‘I thought I’d only be on the phone with everybody for a minute or two, (but) some of these people really need to talk!’”

The town’s website, tamworthnh.org, has a “notify me” button on the left side where people can be notified by email of important town information. One recent example of information that would be shared is the selectmen’s new transfer station policy dated March 22 and effective immediately. The selectmen’s policy changes include that the town is no longer recycling until the coronavirus outbreak subsides. Selectmen encourage people to hold onto their recyclables or dump them into the regular household waste.

K.A. Brett School closed in favor of providing home instruction starting March 16. The school is expected to reopen April 3, according its website, sites.google.com/tamworth.k12.nh.us/welcome-ka-brett-school/home.