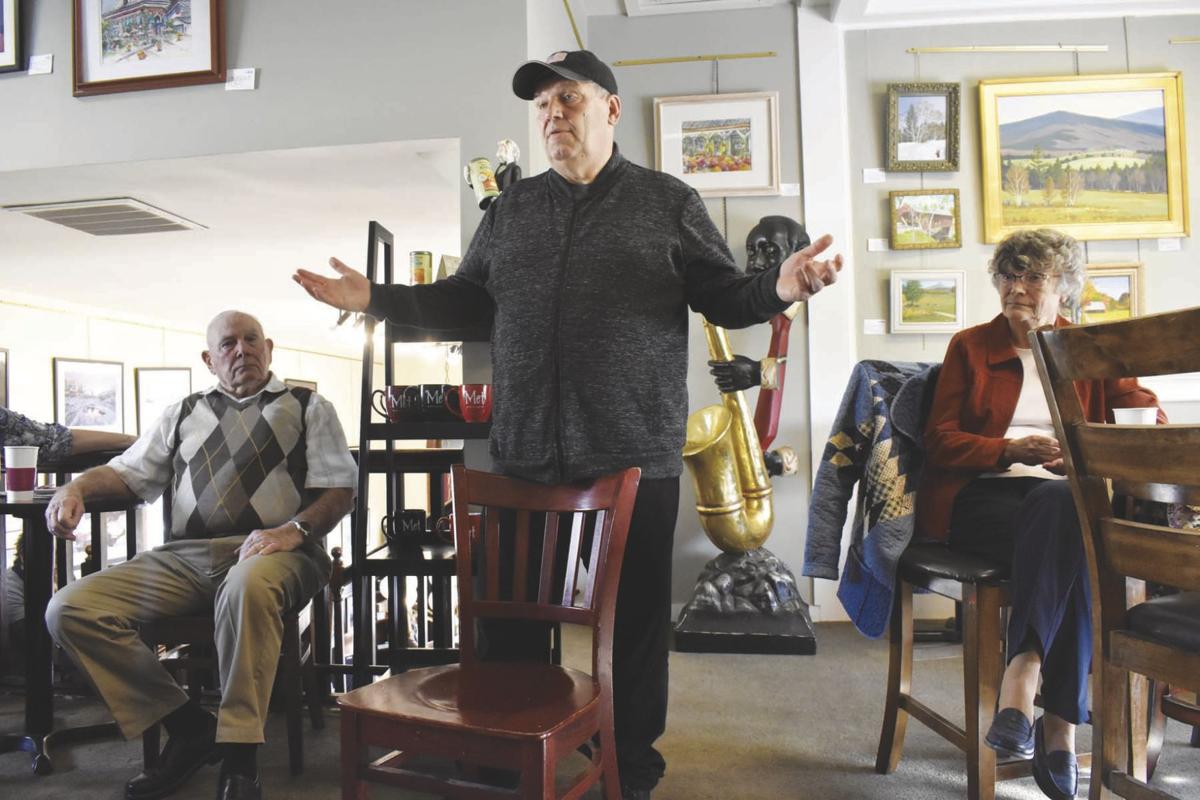 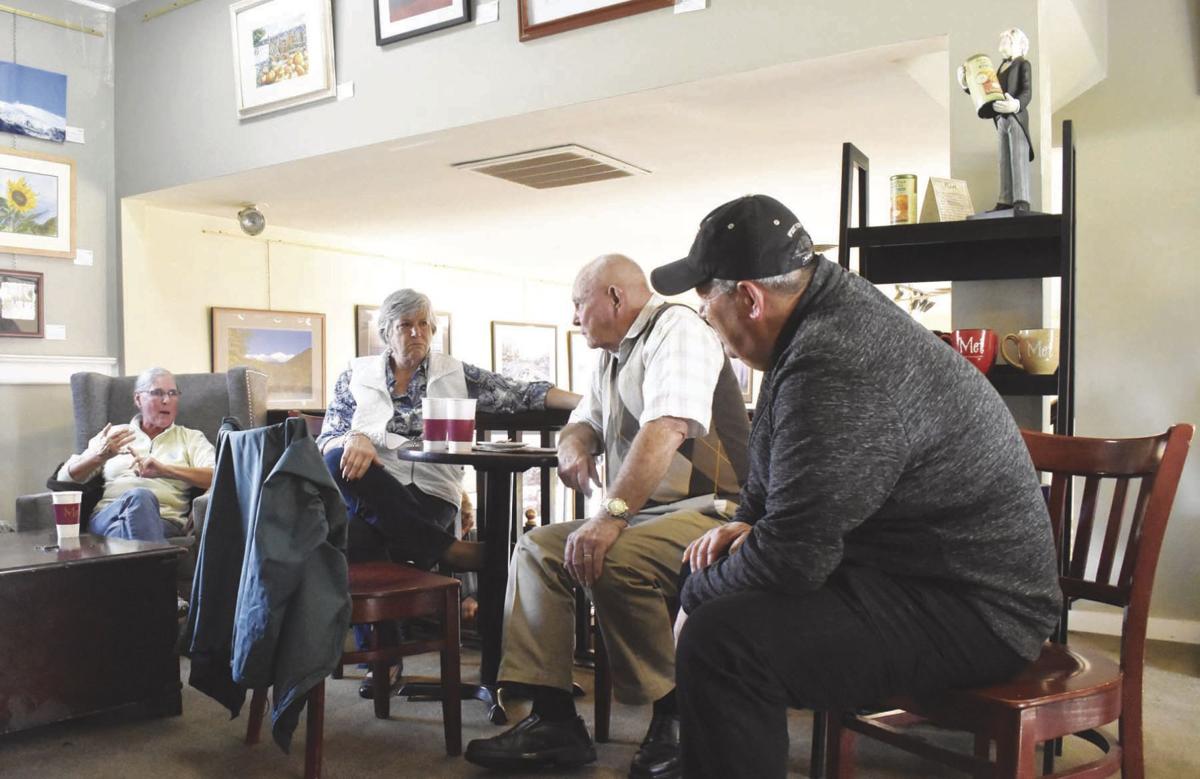 Messner has lived in Wolfeboro for 13 years. He grew up in Altoona, Pa., attended West Point and went on to be an Army Ranger infantry company commander guarding the Berlin Wall during the Cold War.

About a dozen people attended the coffee klatch on The Met’s upper floor.

Asked why he is running, Messner said he’s lived a good life and wants people to have the chance to have the same for generations to come.

“I’ve lived the American Dream,” said Messner, which he defined as having the individual liberty and economic freedom to succeed.

“I’m running for U.S. Senate so all of us, and our kids, and our kids’ kids have the opportunity to live the American Dream,” he explained.

When he said the conservative message is resonating with young people, Suzanne Nelson, a North Conway Water Precinct commissioner, noted that conservatives are being “vilified” everywhere.

“People are afraid to step out and say ‘I am a Republican, I believe in liberty, I believe in smaller government,’” said Nelson, adding that some won’t register as Republicans or join local party organizations out of fear of negative feedback.

Nelson, a former teacher, added that the left is propagandizing to schoolchildren.

“Education from K through college is far left,” said Nelson. “Talk to any conservative student and ask them what happens if they write a paper with a right-wing bent.”

Messner said he shares her concerns and is working to address it.

“We’ve got to talk to people,” he said. “We have to talk about the benefit of conservative principles.”

Messner said he’s willing to communicate with Democrats, independents and anyone else willing to listen.

But Messner said he believes “the left’s couching conservative thought as hate speech and shouting people down” is a violation of the First Amendment.

He also said former presidential candidate Beto O’Rourke’s proposal to remove tax- exempt status from churches that “don’t support certain rights” is a violation of freedom religion. He believes the Second Amendment is under threat with liberals talking about gun confiscation.

Former state Rep. Frank McCarthy (R-Conway) asked Messner: “What are your thoughts on this diabolical farce they call an impeachment inquiry?”

He was referencing the U.S. House voting last week to endorse an impeachment inquiry against President Donald Trump over allegations that he he withheld aid from Ukraine in exchange for dirt on political rival Joe Biden.

“I don’t think (Trump) did anything wrong on that call,” said Messner, who said: “It wasn’t a report that some purported whistleblower typed up. That was a document put together by some skilled lawyers.”

Messner talked about what he sees as the Biden family’s conflicts of interest. He said while Joe Biden was overseeing U.S. policy in Ukraine, his son, Hunter Biden, was sitting on the board of a Ukrainian energy company. Messner said Joe Biden should have recused himself from being involved in that country’s affairs.

“In the corporate governance world, it’s not even a close call,” said Messner, who went onto detail other issues with the Bidens.

If elected, Messner said he would fight government bureaucracy, which he said he has ample experience with. He described defending Chipotle Mexican Grill from the national Centers for Disease Control and Prevention.

He said the chain had a rash of 50 or so cases of minor food-borne illness; the CDC responded by posting alerts to its website but then continued to do after the company fixed the problem. He asked the CDC to explain its posting policy, and the CDC didn’t have one. So, Messner wrote the CDC a letter with information his team found.

“They call and say ‘Gee, we are working on a response to your letter. Would you mind helping us write it?” said Messsner. “That’s bureaucracy out of control.”

“First of all, I think Medicare for all is Medicare for none,” said Messner. “It’s just a horrifically bad idea and will bankrupt the country in addition to the Green New Deal and all the other stuff (Democrats) want to do.”

Messner said pre-existing conditions should not to be a barrier to obtaining health insurance.

He said 94 percent of New Hampshire residents have health insurance; 65 percent is private and the rest is a combination of Medicare and Medicaid. To reduce the cost of care, Messner would recommend tort reform and transparency when it comes to prescription drugs.

“That’s how you get the ‘invisible hand’ working,” said Messner, invoking a term used by 18th century economist Adam Smith to invoke the unseen forces that move the free market economy.