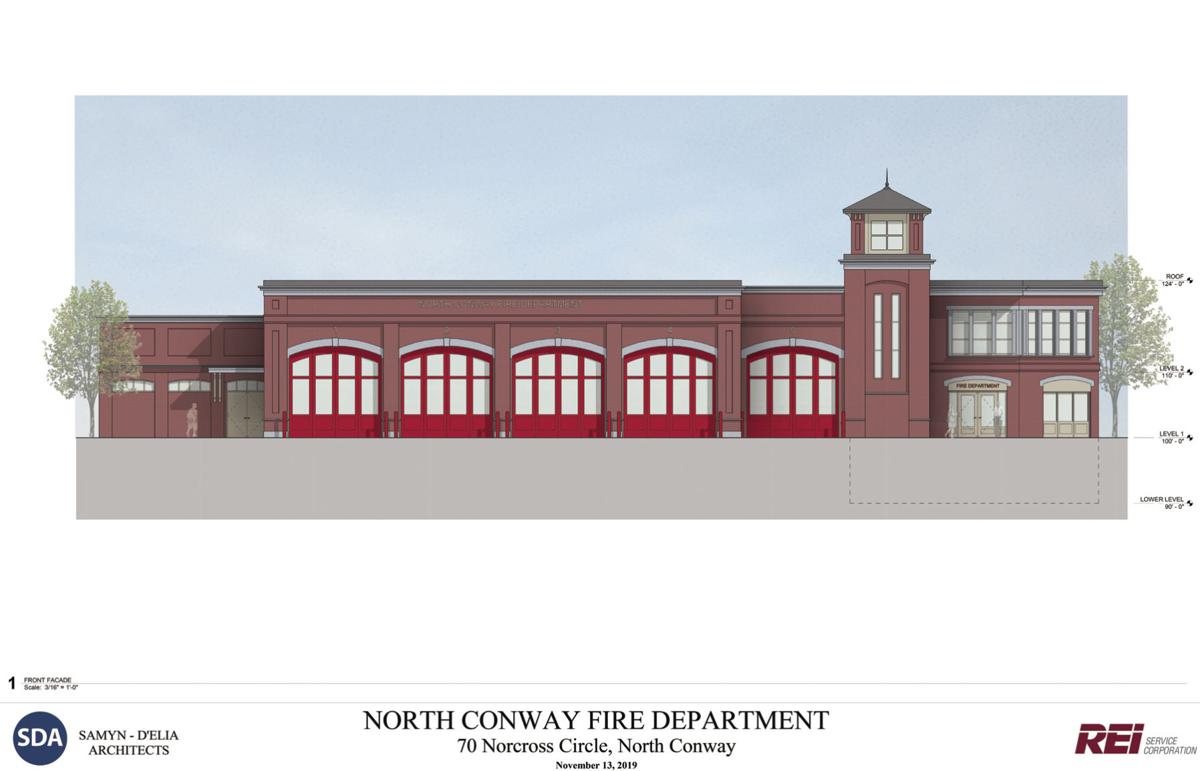 Architects from the firm of Samyn-D'Elia Architects, P.A. of Holderness presented this rendering of a proposed new fire station on the site of the existing station on Norcross Circle at a public hearing held at the North Conway Water Precinct Nov. 13.  (SAMYN-D'ELIA RENDERING) 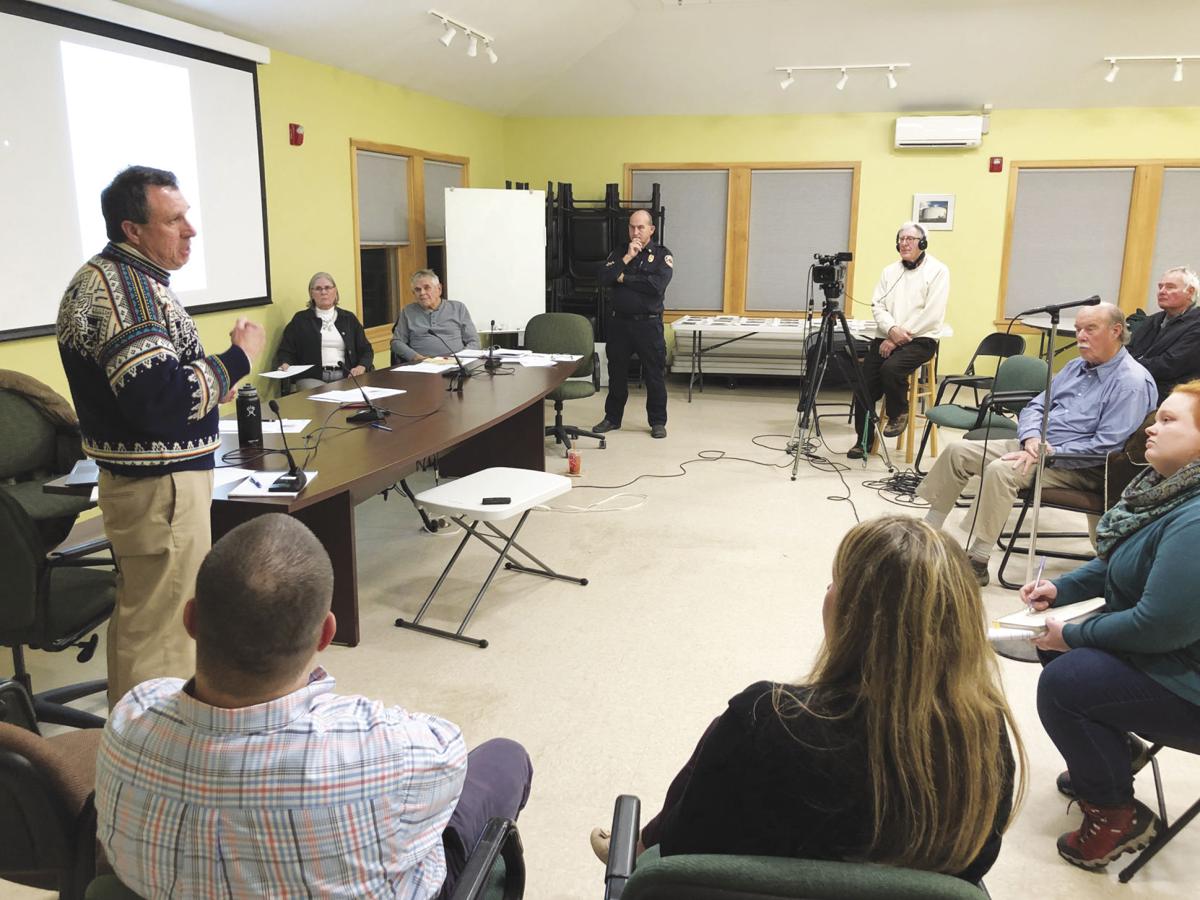 Architects from the firm of Samyn-D'Elia Architects, P.A. of Holderness presented this rendering of a proposed new fire station on the site of the existing station on Norcross Circle at a public hearing held at the North Conway Water Precinct Nov. 13.  (SAMYN-D'ELIA RENDERING)

CONWAY — Turnout was light but reaction favorable from those in attendance to the first architectural draft of a plan to replace the North Conway Fire Station at a public hearing held last week at the North Conway Water Precinct.

Architects and project managers will continue to work on the plan, then return to precinct voters with cost estimates before putting a warrant article at the annual precinct meeting next March.

Led by Suzanne Nelson, chair of the precinct’s Fire Expansion Committee, the Nov. 13 hearing offered an opportunity for the public to comment on a proposal to build a new station at the existing site in Norcross Circle, just south of the Conway Scenic Railroad station.

The precinct has hired REI Service Corp. of Manchester and Sugar Hill as project manager, and among those on hand were REISC’s Allan Clark, who was accompanied by the company’s director of property management Shane Laliberte, along with Ward D’Elia and Christopher Salomon of Samyn-D’Elia Architects of Holderness.

Nelson and Fire Chief Pat Preece said plans to replace the current station have been ongoing since 2009.

Various sites were studied, but the committee agreed the present site is the best option.

Preece and Clark outlined how firefighting has changed over the years and how new stations are designed to keep hazardous carnogens on the “dirty’ side of a building.

According to Nelson, REISC has extensive experience in municipal building construction, particularly fire and police stations, and currently is project manager for a new town hall and public safety building in the town of Carroll.

A firefighter and cancer survivor, Clark believes he may have been exposed to carcinogens by storing his gear inside his truck.

The current station lacks the room to be able to adequately safeguard against contamination to protect firefighters, he and others said.

“Firefighters have more incidence of cancer than any other profession,” said Clark, adding the state passed legislation that lets firefighters apply for workers compensation but that stations must be compliant in order for them to apply.

The new station would meet those requirements, he and Preece said.

Nelson noted that whatever is built will complement the existing architecture of its neighbors in North Conway Village.

Preece said he had taken the architectural team on a tour of nearby buildings,

An architectural rendering showed a building with five bays, a “dirty”holding area, a clock tower and offices on the northern end. Above the offices would be an upstairs area with a kitchen and living area for the firefighters.

The current facility has a hose tower that blocks views to the north of Mount Washington from the deck of the North Conway Country Club.

Because the new building will have a basement, its tower would not obstruct views, said Salomon of Samyn-D’Elia.

The new facility would have a secure entrance. “You will come in and meet with a receptionist first before being allowed in,” said Salomon. The lower level will have a small conference room and office for the chief as well as support spaces for accessing the vehicle bays.

Upstairs, there will be a training/common room, bunk room and kitchen space, and an atrium over the rescue vehicle bay.

The architects stressed the new building would fit in with its surroundings. “The center of the town ... has a lot of character, so anything that is to be built has to reflect that,” said D’Elia.

He said they tried “to identify what architectural style would do that and still be economical.”

“We are really trying to represent this as a classical building built to last,” said Salomon.

As to the cost of the proposed new station, price estimates are the next phase and grants will be explored to offset some of the cost, according to the committee.

It also responds to rescue calls such as vehicle accidents and works closely with our local ambulance services to provide emergency care,