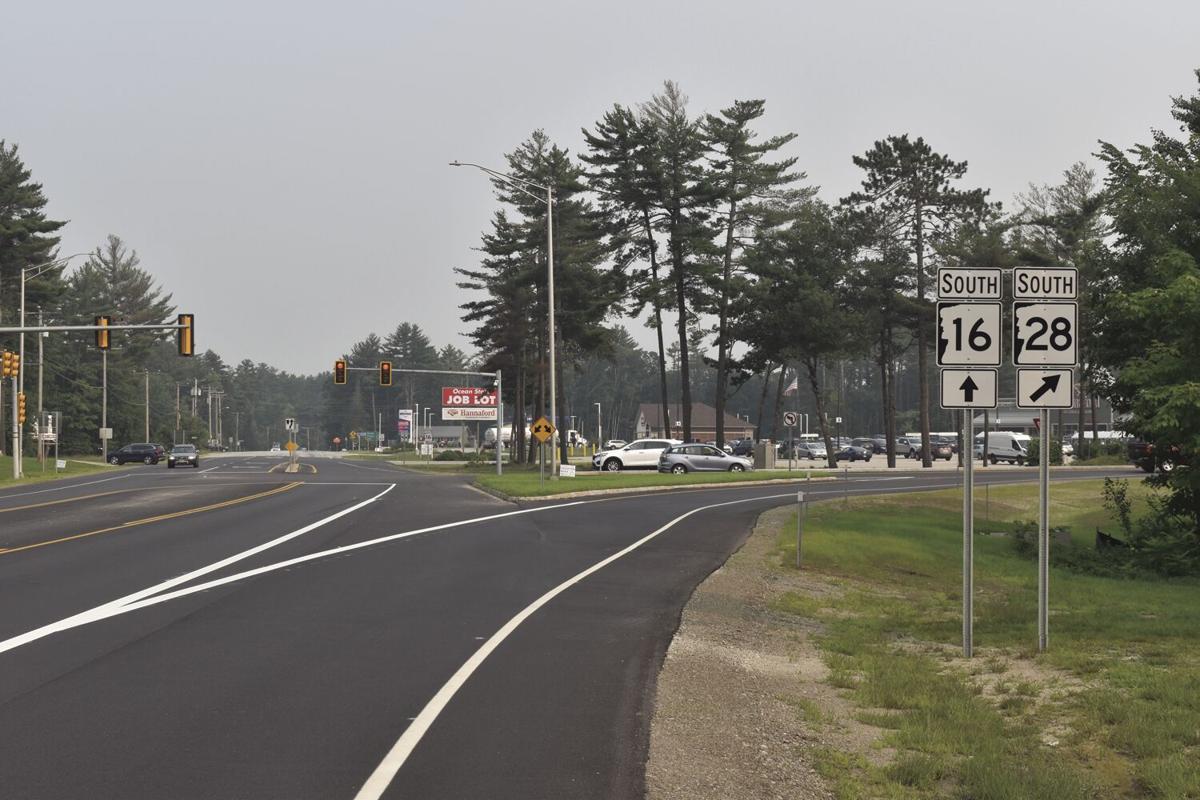 The newly rebuilt intersection of Route 16 and 28. Ossipee officials ask the public to be careful driving there after being contacted by a local business owner who is concerned about it. (DAYMOND STEER PHOTO) 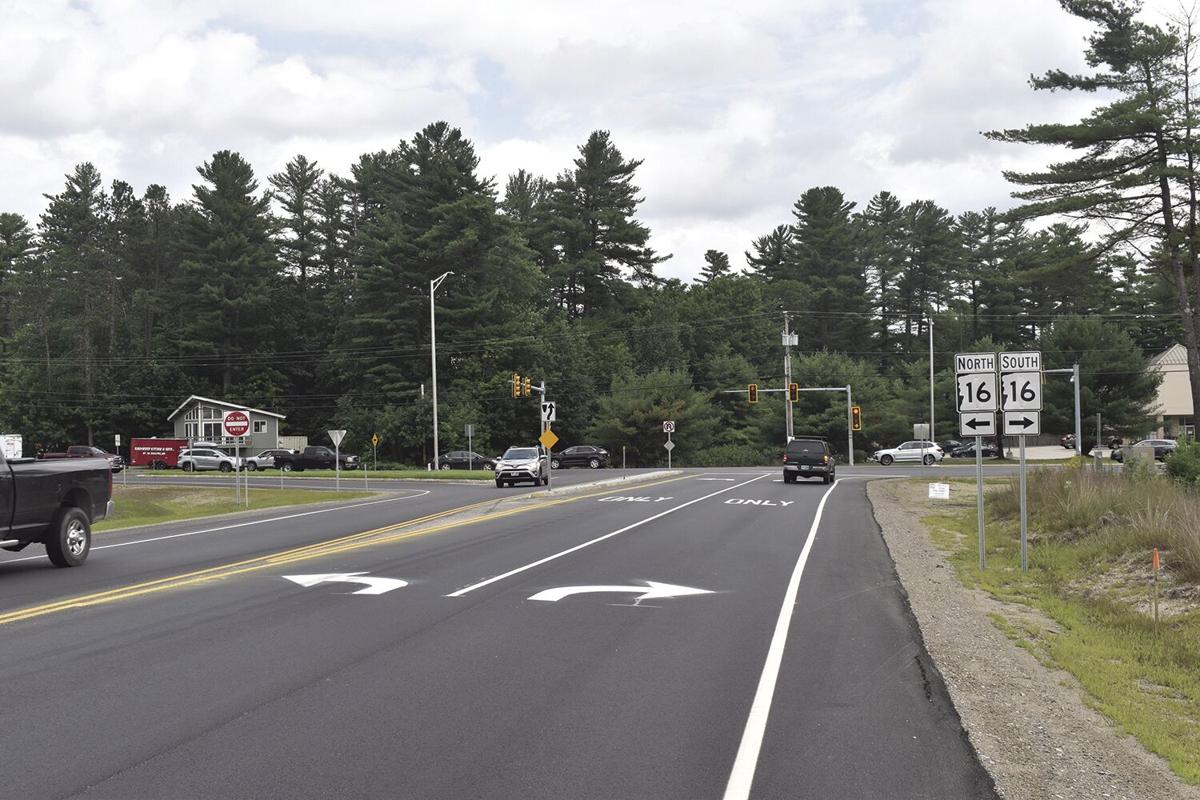 Ossipee officials suggest using caution at the new intersection of Route 28 and 16 after a local business person warned there could be accidents there. (DAYMOND STEER PHOTO)

The newly rebuilt intersection of Route 16 and 28. Ossipee officials ask the public to be careful driving there after being contacted by a local business owner who is concerned about it. (DAYMOND STEER PHOTO)

Ossipee officials suggest using caution at the new intersection of Route 28 and 16 after a local business person warned there could be accidents there. (DAYMOND STEER PHOTO)

OSSIPEE — Ossipee officials ask drivers to use caution at the recently rebuilt intersection of Route 16 and Route 28 after being informed of a potential safety hazard there by an area business person.

On Monday, Selectmen’s chair Jonathan Smith read a memo aloud from town administrator Matt Sawyer who wrote that the memo said a local owner /operator of an excavation/hauling company felt the new intersection is dangerous.

“Specifically, he feels that the sharpness of the turn from Routes 28 to 16 is going to cause fatalities, especially when loaded dump trucks or logging trucks are turning onto 28 from 16 South, which may roll over or lose some payload because of the sharpness of the new corner, onto the traffic waiting on 28.

“And also when it is slippery, —for any vehicle navigating this turn, there will likely be a large danger of them slipping across the yellow line into the (north)bound traffic on Route 28.”

The man, said Sawyer, was aware that this is a DOT project and Sawyer in his memo wrote that he agreed to share the man’s concerns with the public.

“Please go slow and use caution when turning from 16 onto 28, as well as vice versa,” said Sawyer’s memo.

According to a press release from New Hampshire Department of Transportation said the work dated Sept. 23, 2020 said the project involves replacing and upgrading the signals at the NH 28/ NH 16 intersection, shoulder widening for a segment of NH 16 to match the segments of roadway north and south of the area that were previously improved, and pavement rehabilitation from NH 28 to Polly’s Crossing Road.

Drainage will also be improved, water treatment areas will be constructed, and a remote weather information system station would be installed.

Work wrapped up in recent weeks.

The Sun asked DOT to react to the businessman and the town’s concern about the intersection. On Wednesday, the Sun received a response from NHDOT Chief Communications Officer Eileen P. Meaney.

“During the design process, the long sweeping on ramp from NH 16 south to NH 28 was identified, by the NHDOT and through our public participation process, as a safety concern that was leading to increased speeds, conflicting speed differential, and turn signals not turning off- which could create confusion and crashes at downstream intersection(s),” said Meaney. “Accordingly the project modified the ramp to be included in the intersection, under a yield condition.