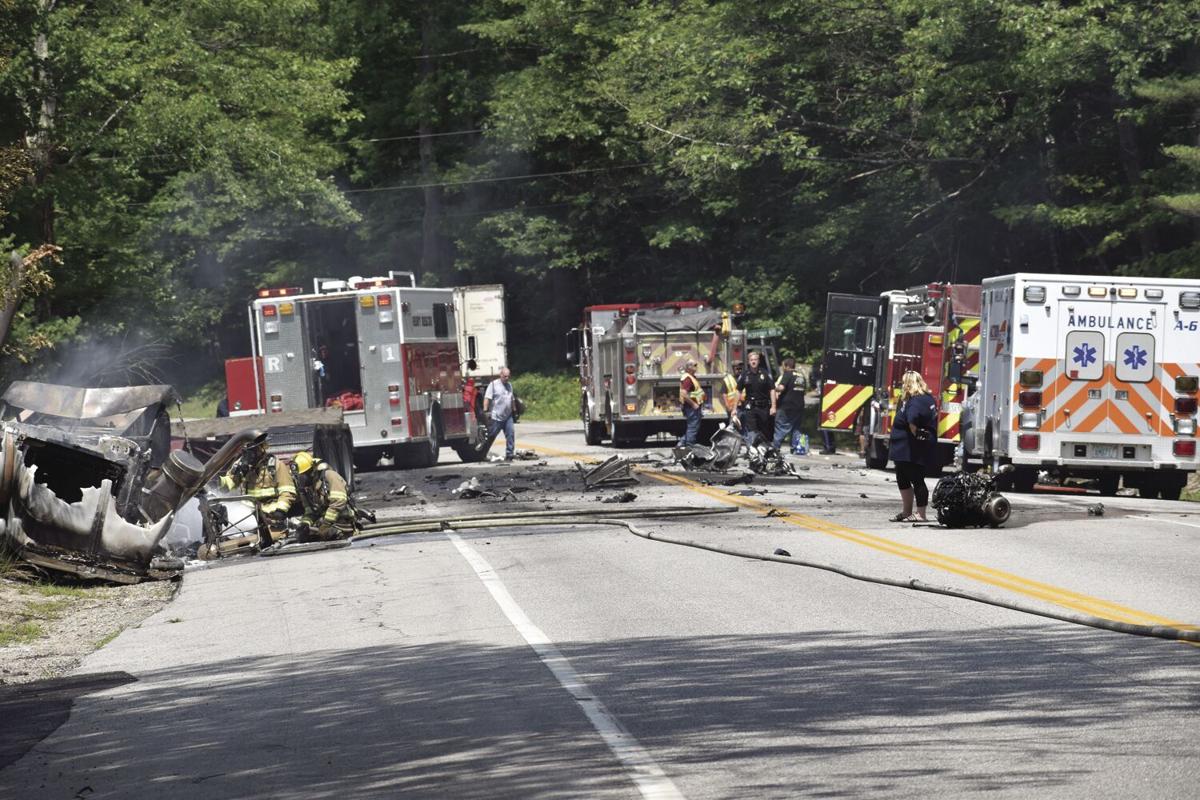 The aftermath of a collision between a tractor trailer and a Kia Soul on Route 16 in Chocorua Hill is seen Tuesday afternoon. (DAYMOND STEER PHOTO) 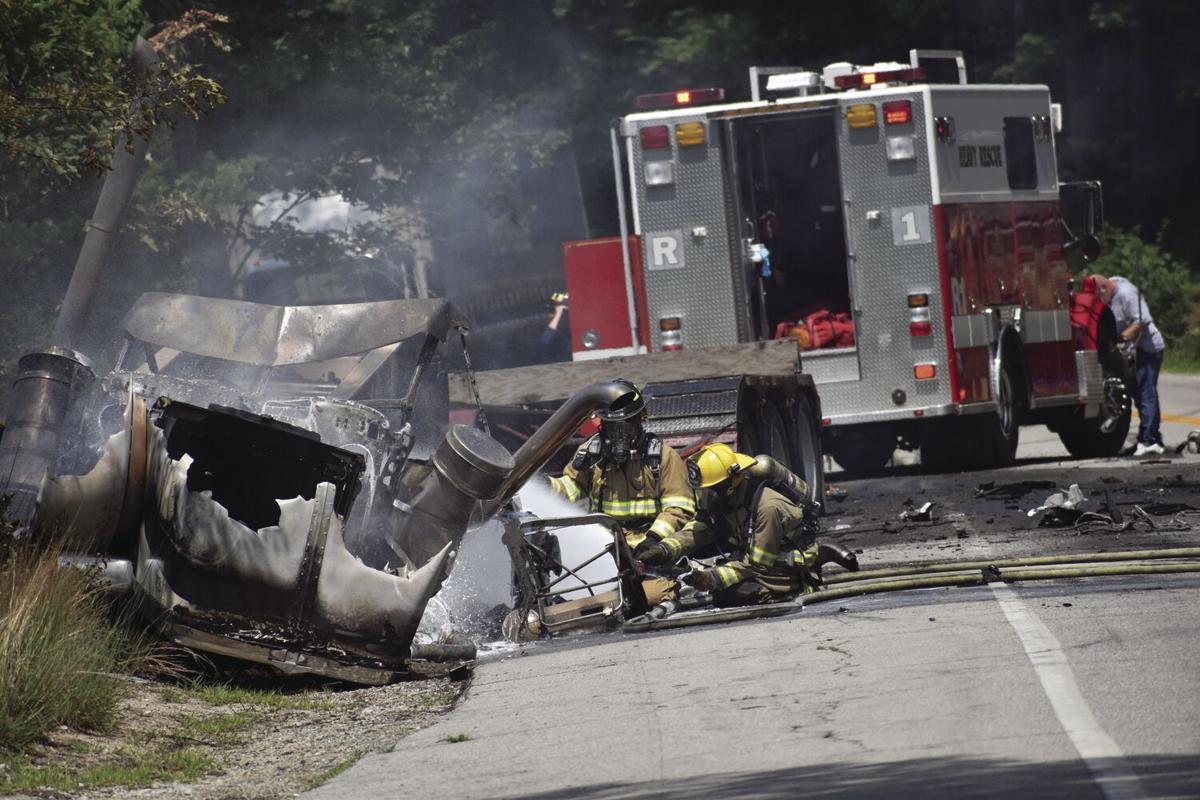 Firefighters spray down the wreckage of a tractor trailer that was struck Tuesday afternoon by a Kia Sole near Chocorua Hill. (DAYMOND STEER PHOTO)

The aftermath of a collision between a tractor trailer and a Kia Soul on Route 16 in Chocorua Hill is seen Tuesday afternoon. (DAYMOND STEER PHOTO)

Firefighters spray down the wreckage of a tractor trailer that was struck Tuesday afternoon by a Kia Sole near Chocorua Hill. (DAYMOND STEER PHOTO)

TAMWORTH — A man was taken to Maine Medical Center by helicopter Thursday after the subcompact crossover SUV he was driving collided head-on with a tractor-trailer truck on Route 16 in Chocorua.

The road was closed for more than four hours during the rescue and accident investigation.

Tamworth Police Chief Dana Littlefield said a Kia Soul heading northbound crossed over the center line and struck a southbound tractor-trailer at about 12:30 p.m. on the side of Chocorua Hill facing Chocorua Lake.

Littlefield said the Kia driver's injuries were "extensive" but he didn't know his exact condition.

Littlefield said the accident was "still under investigation."

A rupture in the truck's fuel tank caused the truck to catch fire.

The Kia driver was taken to Maine Medical Center by air ambulance, but the two occupants of the tractor trailer, both male, were uninjured, Littlefield said. The names of the people involved were not available at press time.

A state police trooper diverting northbound traffic from Route 16 onto Route 113 in Chocorua.

Thank you for reporting the news in this way. It's an important, and worthwhile effort. It's just a confluence of good meaning remark and bad traffic accident, but perhaps the static chiron on the "airlifted driver" story should not say "We hope you're enjoying this article."