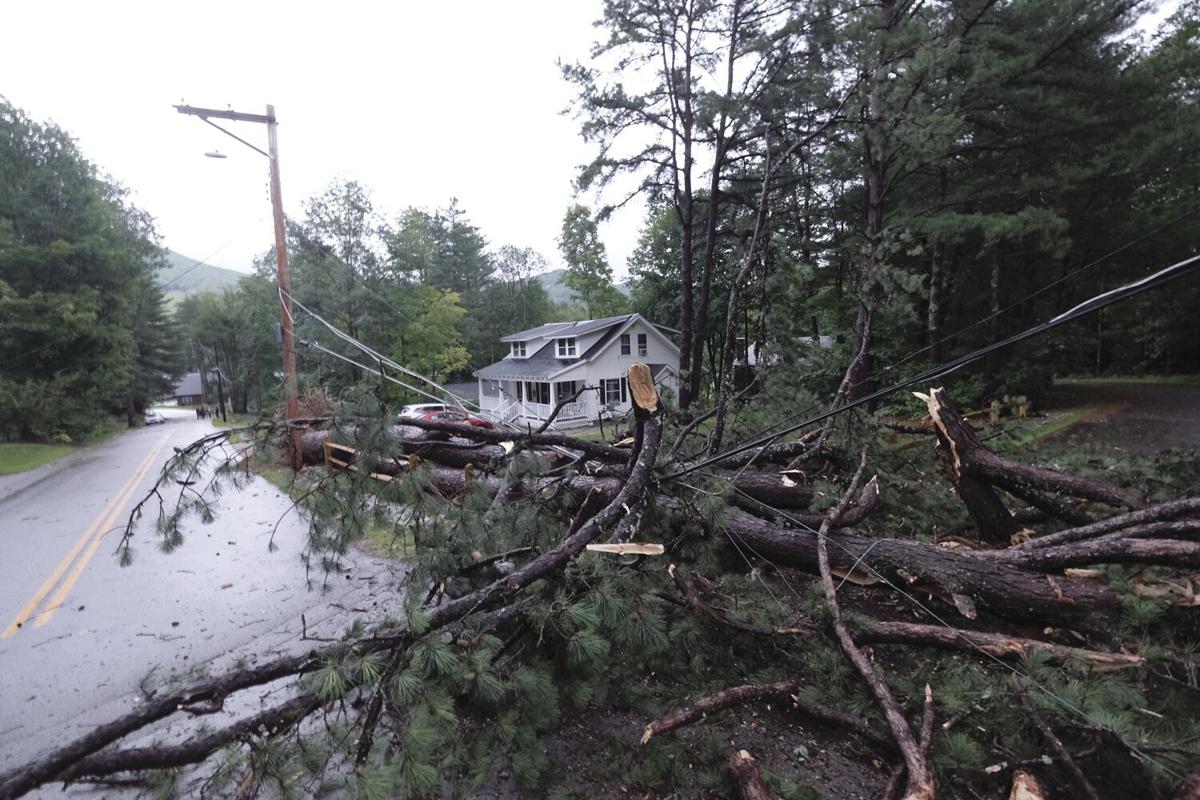 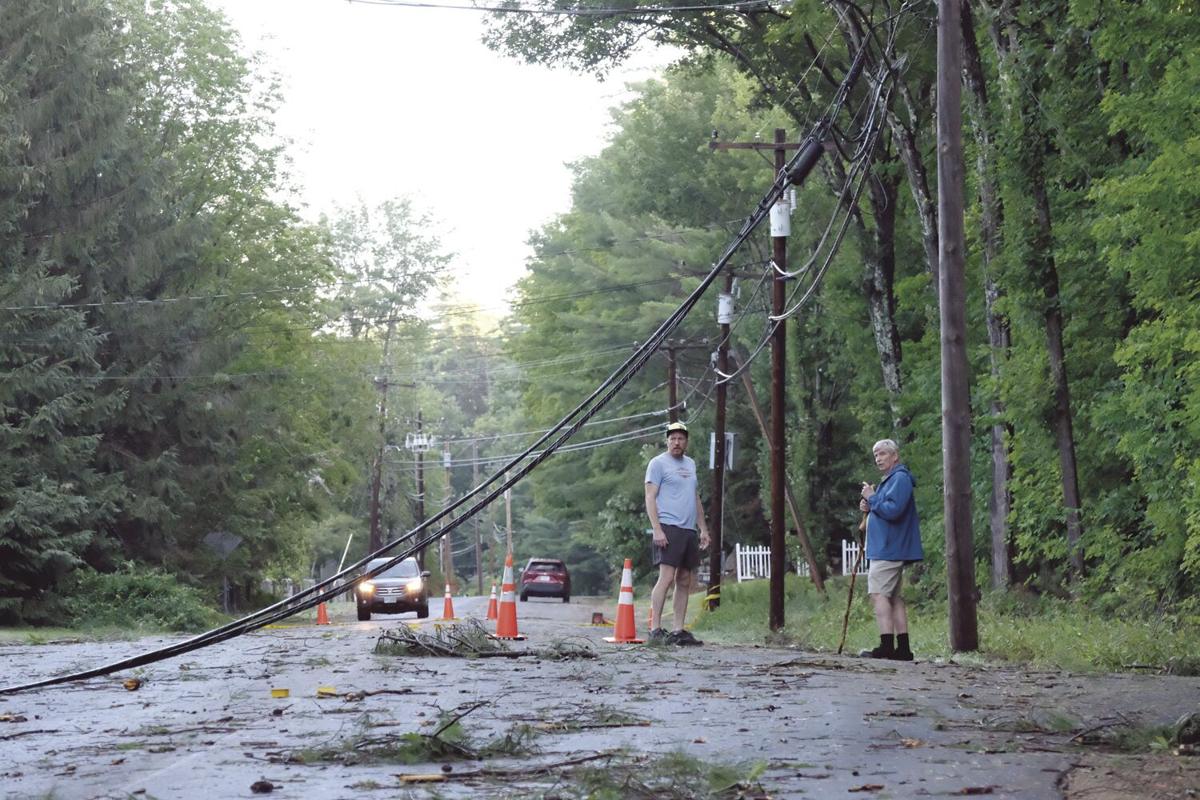 BARTLETT — The National Weather Service toured damage in the wake of Tropical Storm Isaias in the Intervale, Kearsarge and Glen area on Wednesday to investigate reports of a microburst or a tornado.

While it turned out to be neither of those weather phenomena, meteorologists were interested in what they found upon arrival. It turns out that strong gusts of wind in excess of 75 mph were the chief culprits in causing storm damage.

Warning Coordination Meteorologist Donald Dumont of the National Oceanic and Atmospheric Administration at the National Weather Service in Gray, Maine, toured the area.

“The damage was not tornadic in nature,” Dumont said by phone on Thursday. “It was, though, a unique case of a tropical storm.”

Dumont said a squall line or a feeder band of strong winds passed through the Intervale and Kearsarge area between 7 and 7:15 p.m., and a “very localized gust, topping 75 mph” hit the area.

“It was a pretty good burst of wind,” he said.

Dumont said the tree that fell came down in a northwestern direction, leading him to determine it wasn’t a tornado or a microburst.

He said a similar downed tree pattern occurred in Freedom.

Bartlett Road Agent Travis Chick said parts of Route 16A and on Hurricane Mountain Road saw outages. Mount Surprise Road and Kearsarge Estates also had downed lines. Five utility poles were knocked down on Route 16A along with downed trees at the base of Stanley’s Hill in Glen.

During the peak of the storm, New Hampshire experienced 184,000 power outages, while Maine reported 90,100.

The New Hampshire Electric Co-op was reporting 1,640 customers without power as of 4 p.m. on Thursday, including 39 in Bartlett, 51 in Conway and 38 in Jackson.

Tropical Storm Isaias also found the Rockpile, with a peak gust of 147 mph recorded on Mount Washington, the “home of the world’s worst weather.”

According to the National Weather Service, “it’s the highest wind gust ever recorded at the summit in the month of August.”

It added that “the storm knocked out the main and secondary internet services at Mount Washington Observatory, but workers were still able to publish brief text-based posts on Facebook to indicate the outage had occurred and what the top wind speed was.”

The strongest gust ever recorded at Mount Washington occurred April 12, 1934, when a 231-mph gust was recorded at the summit.