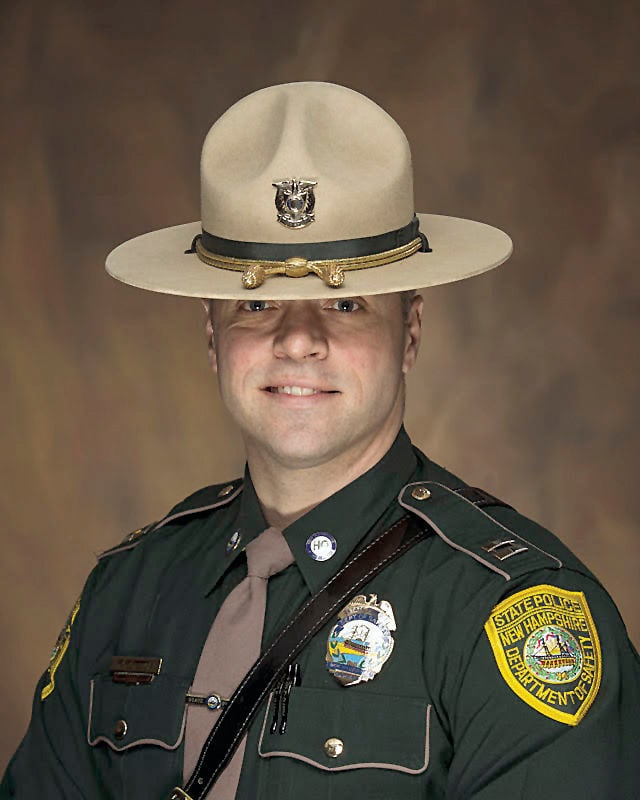 Nate Noyes had been nominated by Gov. Chris Sununu to be the next leader of New Hampshire State Police. The 1996 Kennett High graduate is expected to be confirmed on April 8. (COURTESY PHOTO) 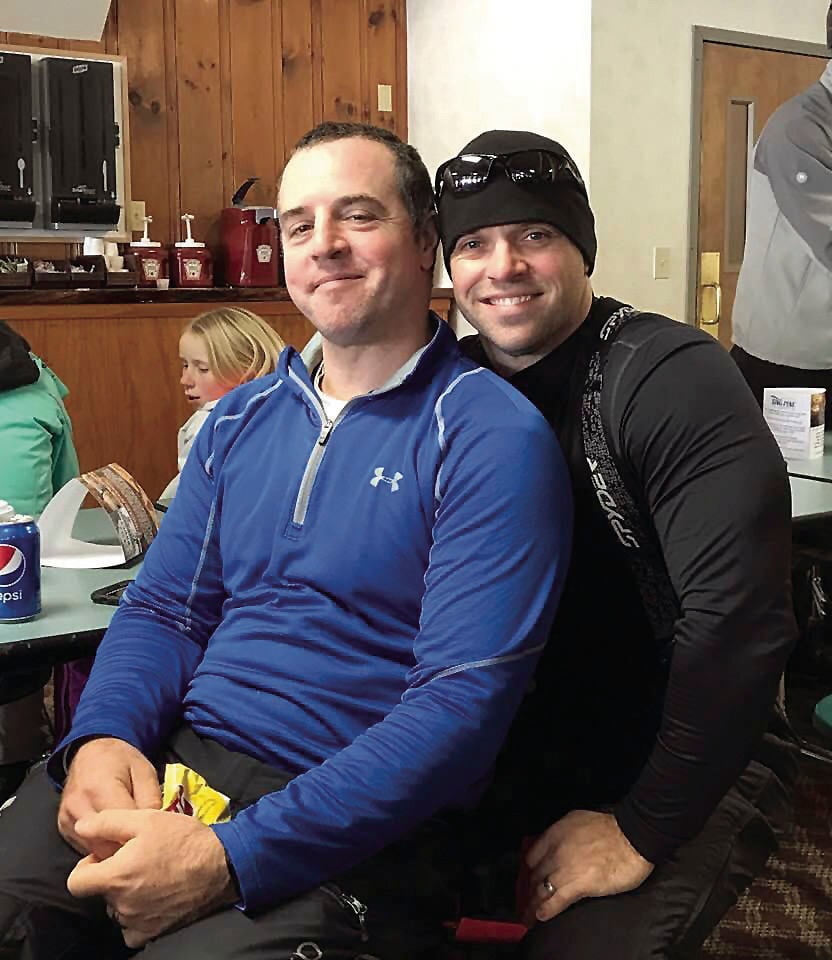 Brothers Nate (left) and Danny Noyes seen here in 2018, were outstanding student-athletes at Kennett High School. While Nate is poised to become the next head of New Hampshire State Police, Danny is the Associate Director of Athletics at Colby College in Waterville, Maine. (COURTESY PHOTO) 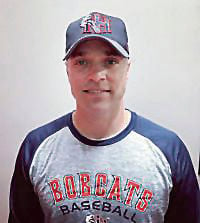 Nate Noyes still has a love of sports. He is coaching U9 baseball. (COURTESY PHOTO) 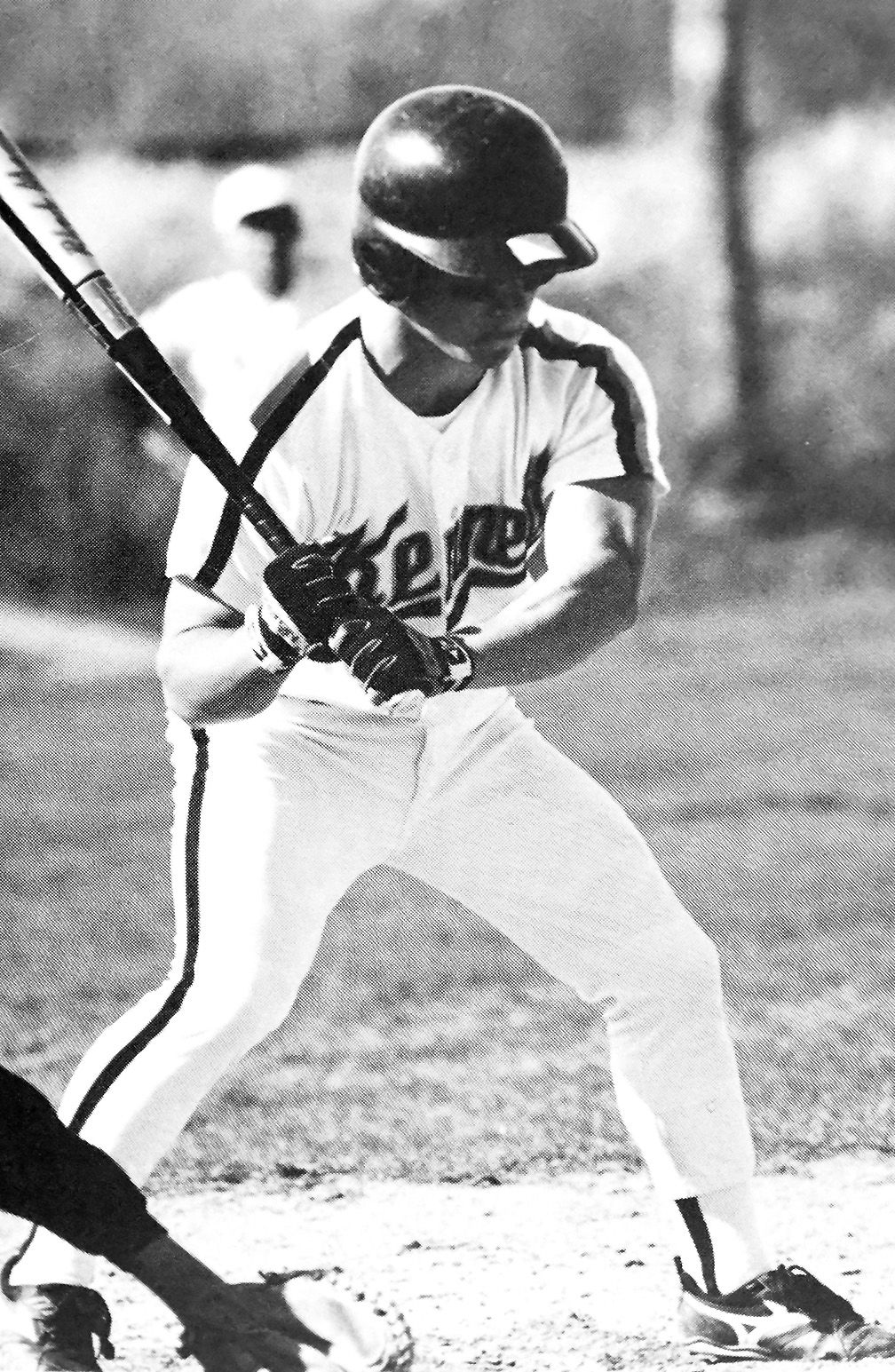 Nate Noyes was the N.H. Player of the Year in baseball in 1996 while at Kennett High School. (COURTESY PHOTO)

Nate Noyes had been nominated by Gov. Chris Sununu to be the next leader of New Hampshire State Police. The 1996 Kennett High graduate is expected to be confirmed on April 8. (COURTESY PHOTO)

Brothers Nate (left) and Danny Noyes seen here in 2018, were outstanding student-athletes at Kennett High School. While Nate is poised to become the next head of New Hampshire State Police, Danny is the Associate Director of Athletics at Colby College in Waterville, Maine. (COURTESY PHOTO)

Nate Noyes still has a love of sports. He is coaching U9 baseball. (COURTESY PHOTO)

Nate Noyes was the N.H. Player of the Year in baseball in 1996 while at Kennett High School. (COURTESY PHOTO)

CONWAY — An Eagle is being promoted to colonel of the New Hampshire State Police.

Capt. Nate Noyes, a 1996 Kennett High graduate, was nominated by Gov. Chris Sununu to the Executive Council on Wednesday.

“It’s not official yet, but I can’t believe this opportunity has come my way,” Noyes, 41, told the Sun by phone Wednesday afternoon.

District 1 Councilor Mike Cryans said he and the four other councilors, working remotely due to the coronavirus, received the nomination. He said the earliest Noyes can be confirmed is April 8.

“I hope that’s the case,” Cryans said by phone. “I’ve heard from state troopers, past and present, and no one has said a bad word about him.”

Noyes would succeed Col. Christopher Wagner, who retired after spending 25 years with the state police.

Noyes, who now lives in New Boston with his wife, Keely, have three sons, and he currently commander of the Field Operations Bureau, Field Area III. He has served as a New Hampshire State Trooper since 2001, previously holding the ranks of troop commander, assistant troop commander, patrol supervisor and trooper.

Noyes, who grew up in Madison, comes from a family of law enforcement officers, including uncles who served in state police along with his father, New Hampshire Police Sgt. James Noyes, who was killed in the line of duty in Gilford in October 1994 while trying to stop a man from committing suicide.

“I would like to thank Gov. Sununu and Commissioner (Robert) Quinn (of the Department of Safety) for their confidence in my abilities,” said Noyes.

News of Noyes’ nomination has been met with pride by both the Kennett and local law enforcement community.

“The whole area ought to be happy,” retired Col. Lynn Presby of Freedom, who led N.H. State Police from 1989-96, told the Sun on Wednesday. “I don’t think he’ll have any trouble getting confirmed. I think it will be a slam-dunk.”

Presby said he knew Noyes was destined for leadership roles. “You could tell in high school, Nate was someone other kids wanted to follow,” he said, adding. “I’m very proud for him and his whole family. State Police has a good history of picking leaders from within, and I give him top marks. He’s going to do great.”

Jackson Police Chief Chris Perley was thrilled to see Noyes nominated. “A great choice! A consummate professional and will be an excellent steward of that post,” he wrote on Facebook.

Carroll County Sheriff Dominic Richardi posted the following to Facebook: “Congratulations and Best of Luck to Captain Nate Noyes with the nomination to Colonel of the NHSP.”

Former Carroll County Sheriff Roy Larson posted, “Congratulations, Capt. Nate Noyes ... I knew and worked with your father many years ago and I know, as the old saying goes, that you’re a chip off the old block and have a great future ahead of you.”

Fellow Kennett grad and current Kennett Middle School athletic coordinator Gredel Shaw posted, “What an accomplishment!! Congrats Nate! (KHS class of 1996). And wow — he a spitting image of his dad in uniform.”

Among honors Noyes has garnered during his career is Congressional Law Enforcement Award.

“Nathan Noyes is qualified by reason of his experience serving in many different ranks and assignments within the Division of State Police, as well as his accomplishments during his current work assignment as commander of the field operations bureau, Field Area III,” said Quinn added.

Noyes was a two-sport standout at Kennett High, shining in football for three years and baseball for four. He was named The Conway Daily Sun Athlete of the Year for 1995-96, was captain of the football team his senior year and represented the Eagles in the Shrine Maple Sugar Bowl.

On the baseball diamond, Noyes helped the Eagles to the state championship his junior year; was team captain his senior year, when he was selected as Class I Player of the Year, Boston Globe N.H. Baseball Player of the Year and was named to Granite State and Twin State teams, which played against Vermont.

Noyes went on to play Division I baseball at Quinnipiac University. During that time, he was selected as captain three years in a row and was the team’s MVP each season; received first-team All-Conference his sophomore through senior seasons; was named to the All-New England team as junior and senior; chosen to the All-Northeast Region Team his final two years; played in the New England Collegiate All-Star Game as a junior and senior, and was selected as the Northeast Conference Player of the Year his senior year.

He graduated with degrees in political science and sociology.

“As I look back on my high school experience, I realize that some of the most important lessons about life I learned on the athletic field,” Noyes said in his acceptance speech in 2005.

“These lessons were taught by my parents, my coaches and most importantly by the players who led by example. They led by the example set forth by the coaches, the fans, the parents and the Kennett athletic community.”

Noyes still has a love of sports and now serves as coach of the U9 New Hampshire Bobcats baseball team.

“Coach Noyes has made a huge impact on our program,” NH Bobcats’ Facebook page states. “We couldn’t ask for a better role model and committed coach to be leading the way for our youngest team. Not only was Nate a phenomenal baseball player, but he has great knowledge of the game and an ability to connect with the kids.”