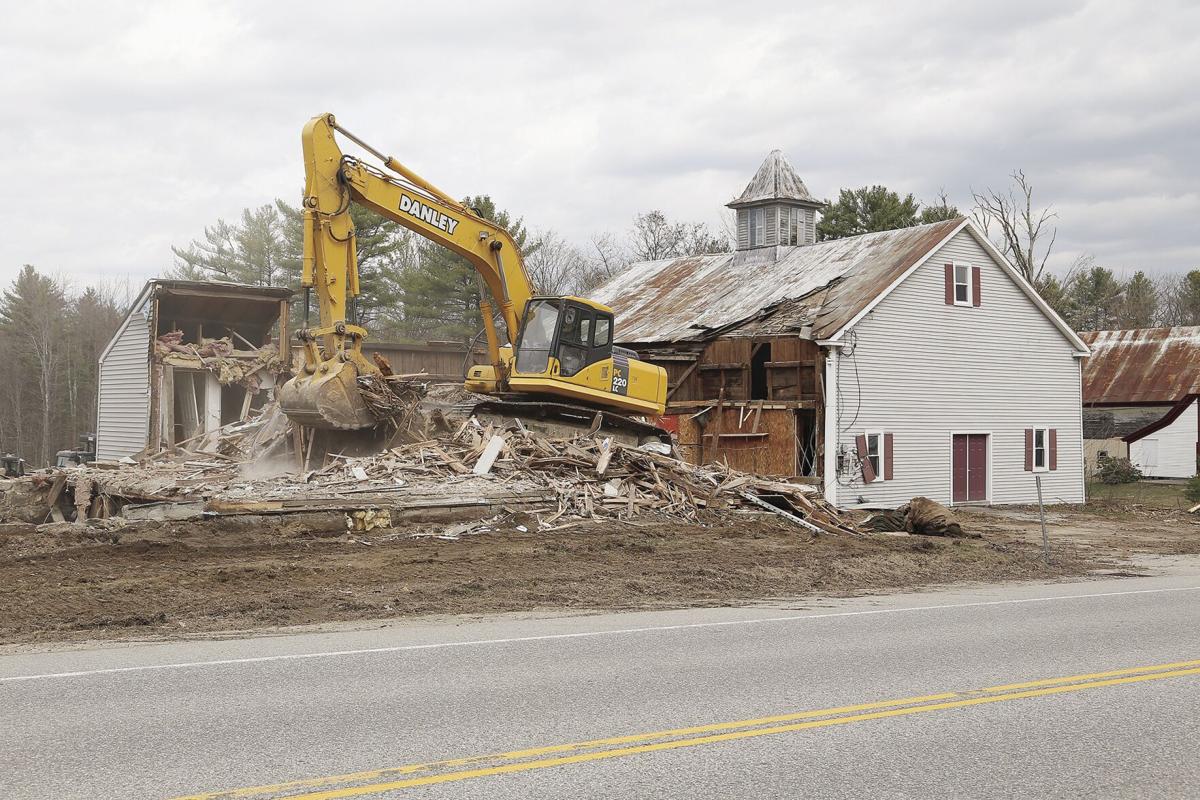 An excavator tears down the historic Capt. Joshua Heath house in Center Conway on Tuesday afternoon. The barn is slated to be razed Wednesday. (RACHEL SHARPLES PHOTO) 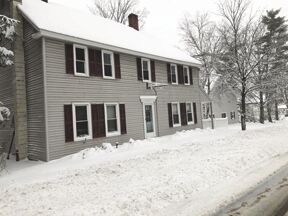 An excavator tears down the historic Capt. Joshua Heath house in Center Conway on Tuesday afternoon. The barn is slated to be razed Wednesday. (RACHEL SHARPLES PHOTO)

CONWAY — A former 18th century home and tavern that local historians say once served as a host for Conway’s first town meetings was razed Monday and Tuesday, and the attached barn is to come down today to make way for an Eastern Propane office building and a maintenance building.

Porter advocated for an historic advisory committee after the town saw the demolition of the 1793-built Homestead Restaurant on Route 16 in 2016 to make way for an AutoZone in North Conway.

Porter said that committee was never abolished but was dormant until outcries followed the planned razing of the Center Conway house and barn that are being torn down this week by a small two-man crew from Danley/DeFranzo Demolition Corp. of Raymond.

“We will be discussing that committee when we meet today, as a matter of fact," said Porter, noting that Conway Town Manager Tom Holmes "has put together some information that we will be looking at."

Whether selectmen will consider asking voters to implement historic districts or historic protection ordinances remains to be seen, Porter noted.

Already, a few community members have responded to selectmen’s advertised request to serve on the committee, including former selectman and past school board member Mark Hounsell and Brian P. Wiggin of Center Conway, vice president of the Conway Historical Society.

Because the committee was never abolished, original committee member Ken Rancourt, president of the Conway Historical Society, remains a member.

“Until the town hall was built in 1837 in Center Conway, the Heath house and tavern was used for several town meetings off and on for 60 years after Conway’s incorporation in 1765. And now it’s gone,” he said.

The home had been owned for decades by former Conway Recreation Director Ken Jones and then sold to Reliable Oil and Propane and was then sold to Eastern Propane.

A demolition permit was issued by Town Building Inspector Dave Pandora April 1 to DeFranzo. A certificate on the permit notes that Accolade Environmental Contracting removed and disposed all contracted asbestos material from the site earlier.

At the site Tuesday, the old granite foundation could be seen in the midst of the wooden rubble and tangle of wires.

“It was post and beam so it gets rotten and bent but they stick pretty together because of the way they were built,” said crew member Jim Bassett at the site.

Heavy equipment operator Jim Walker and Bassett said they began the work at about 10 a.m. Monday. Windy conditions on Tuesday led them to halt work at about 3 p.m., leaving the barn’s demolition for today.

“It’s easy for people who don’t spend any money on it want it to be fixed. People love history, but it comes to a point where it’s not cost-effective," added Bassett.

Dan Lucchietti, project engineer for HEB Engineers of North Conway, said that Eastern Propane had wanted to see if the buildings could be saved but felt they could not.

Eastern Propane reached out to building preservationist Scott Campbell of Maine Mountain Post & Beam of Brownfield, Maine, but they noted that he had determined the barn had been architecturally altered too much over the years and that although the house had timbers worth preserving his small company would not be able to get to a dismantling project for a good year to year and a half.

Eastern Propane’s Josh Sandahl did not return a request for comment by press time Tuesday.

It’s ironic to see a 250-year-old structure replaced by a fossil fuel company office on the same day the US is announcing plans to cut emissions by 50% by 2030, while General Motors has committed to all electric vehicles by 2035. In Sedgwick, Maine a grant has been offered to study how hand-hewn woodwork was done in preindustrial America, and in New Hampshire the “Human Powered” ski tradition is alive and well. I understand that it makes no economic sense to save the old beams that someone’s great, great, grandfather labored to shape from the forest, but it makes me wonder what else we lose when we erase the history that made us.