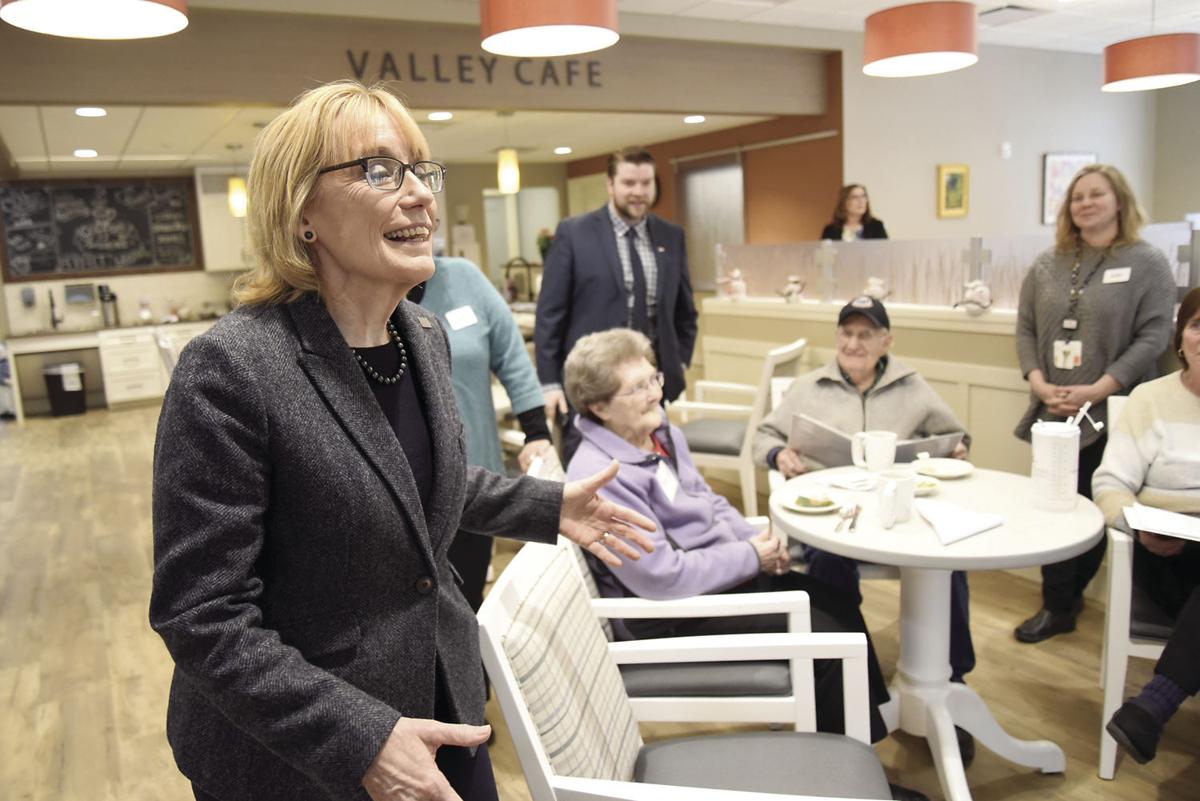 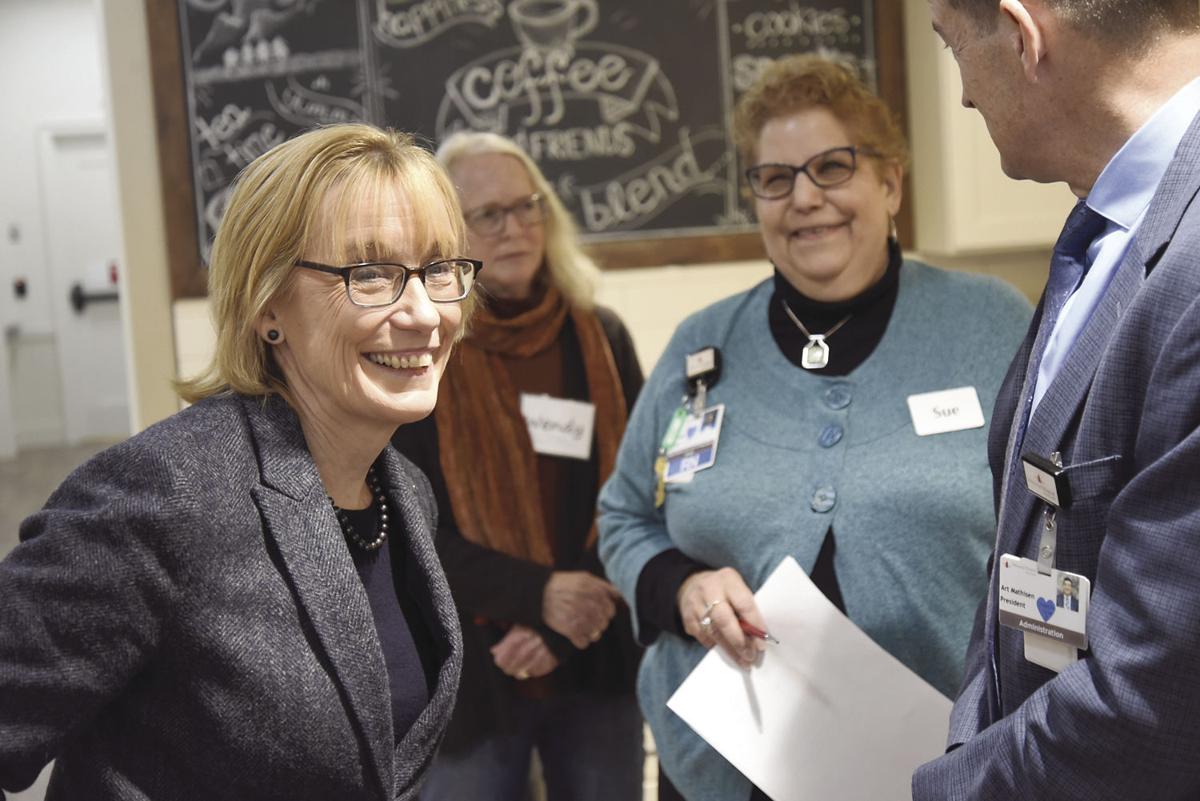 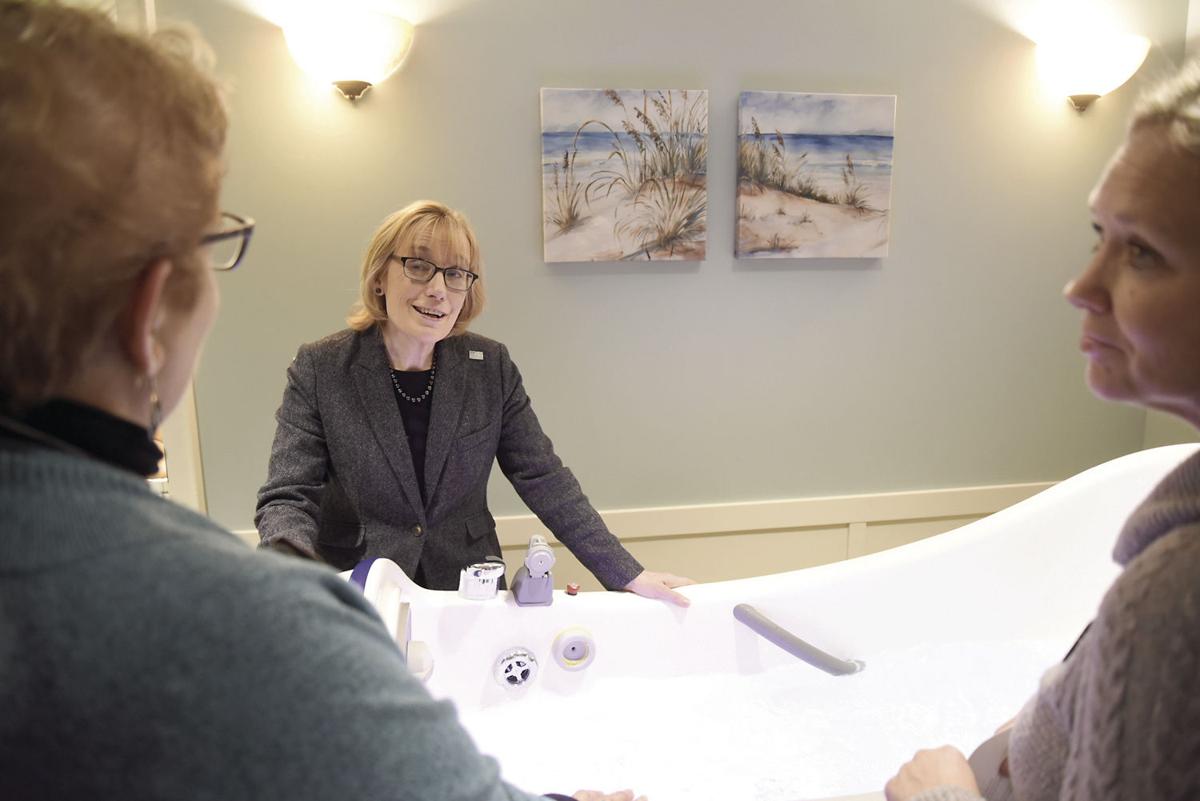 The center, which opened last September, provides activities and services for those with memory loss and other cognitive impairments.

Hassan, who sits on the Senate Health, Labor, Education, and Pension Committee and the Finance Committee in Washington, toured the center with Sue Ruka, R.N., Ph.D., director of elder health services at North Conway's Memorial Hospital, and Art Mathisen, Memorial Hospital president, before sitting down for a roundtable discussion on the spiraling need for elderly services.

Hassan spoke about the Older Americans Act, which provides funding for programs like Meals on Wheels, and the Trump administration’s proposed budget, which would cut Medicare and Medicaid.

The senator also talked about her work in the Senate to bring down the cost of prescription drugs.

"It was a bipartisan vote to pass a bill out of committee, and that's a big, big deal," she said. "It caps out-of-pocket expenses on pharmaceuticals for Medicare Part D recipients to $3,100 a year." Though aimed at the Medicare program, "what we believe that will do is also put pressure on the overall cost of prescription drugs."

Unfortunately, she said, the bill has been stalled because Sen. Mitch McConnell (R-Ky.) has not brought it to the floor for a vote.

“When you get a bipartisan vote like that, you would expect that the Senate would say, OK, let's pass it,” she said, but that hasn’t happened.

Other participants of the roundtable included Wendy Ketchum and Norman Cloutier of the Betty C. Ketchum Foundation, which funded the center; Marianne Jackson of the Gibson Center Age Friendly Community Initiative; Martha McLeod of the Alliance for Healthy Aging; and Sandy Ruka of Visiting Nurse Home Care and Hospice.

Ruka noted that the center has a capacity of 60 guests per day. Seventeen guests were at the center when Hassan toured, and the senator was introduced and said a few words to them before moving on to the roundtable discussion.

During her tour, Hassan met with Donna Martin of Center Conway, whose husband, Dave, comes to the center three days a week.

“I can't say enough about this place,” Martin said. “If it wasn't for the center, Dave would probably eventually sooner than later go to a nursing home. It's a gift. He loves coming, he is active. He's a different person,” she said, adding, “It makes it possible for him to be home with me longer.”

As Dave is a Navy veteran, the Department of Veterans Affairs pays for him to visit the center, which costs $75 a day, for two days a week.

Martin told Hassan: “I think they should change that and try to make it so that it could be up to five days. ... It keeps them home longer and not going into a nursing home.”

Sue Ruka said later that in addition to the VA, payments come from Medicaid, which covers up to three days per week, as well as private payers and some respite funding.

"Do not let finances be the barrier that prevents you from contacting us, as we can help find resources and support," she said.

Mathisen, an Army veteran himself, said he would like to see more help from federal VA programs, both in terms of coverage and responsiveness, though he added, “I know it's a big monster to tackle.”

Hassan also asked about workforce issues and whether there enough people to staff the center.

Ruka said, "We're really looking at trying to promote the geriatric career path for people. Aging is really very important to our region. New Hampshire is the second oldest state in the country, and Carroll County will be one of the oldest counties in the country."

Hassan said, “I often think that Americans are very eager to invest in research that would help find us cures for any number of diseases and health conditions. We also have to be, I think, equally committed to supporting people who have chronic illness or disease or who are aging. And that's sometimes where I think we can be penny-wise and pound-foolish as a culture.”

She said the comments she heard at the center would be helpful when she goes back to Washington.

“Having centers like this and forums like this really helps me bring the focus back to D.C. and really helps us as we think through budget priorities and how we're going to allocate resources," she said.

Today, Hassan will tour the SOS Recovery Community Organization in Hampton and hear from its leaders, as well as Dover and Farmington law enforcement officials, about strategies to help put more people on the path to recovery.