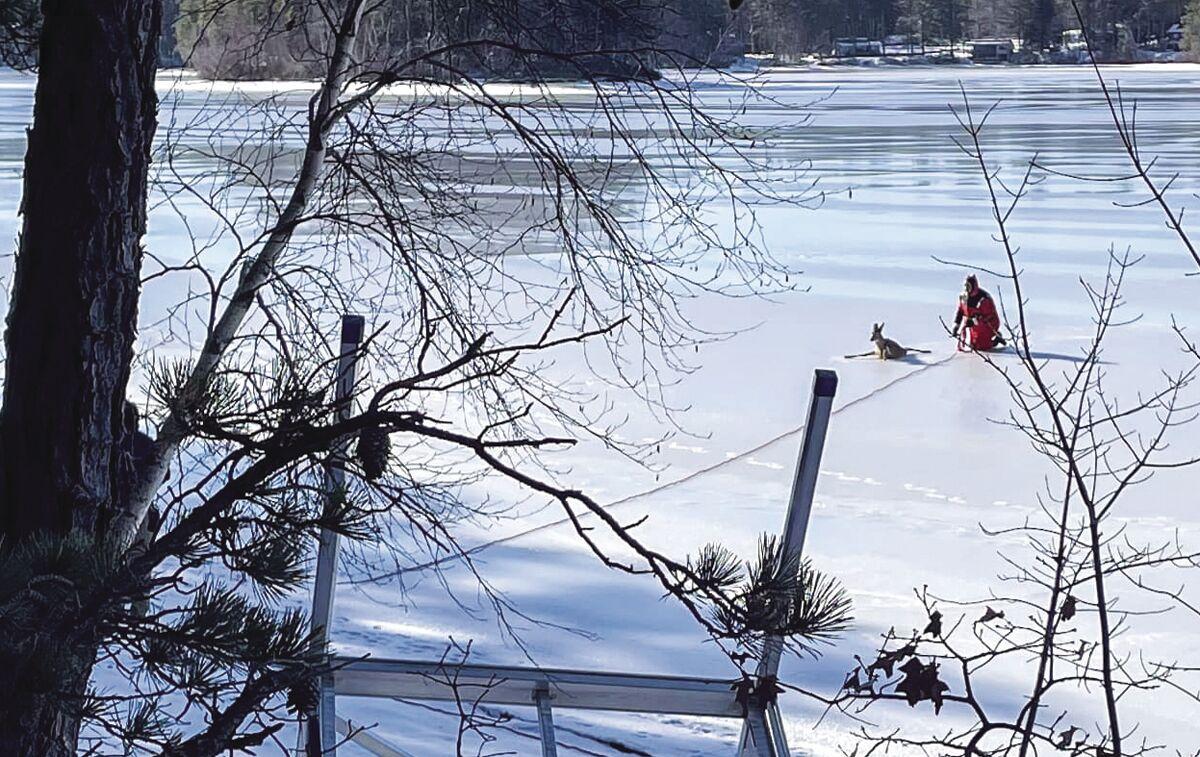 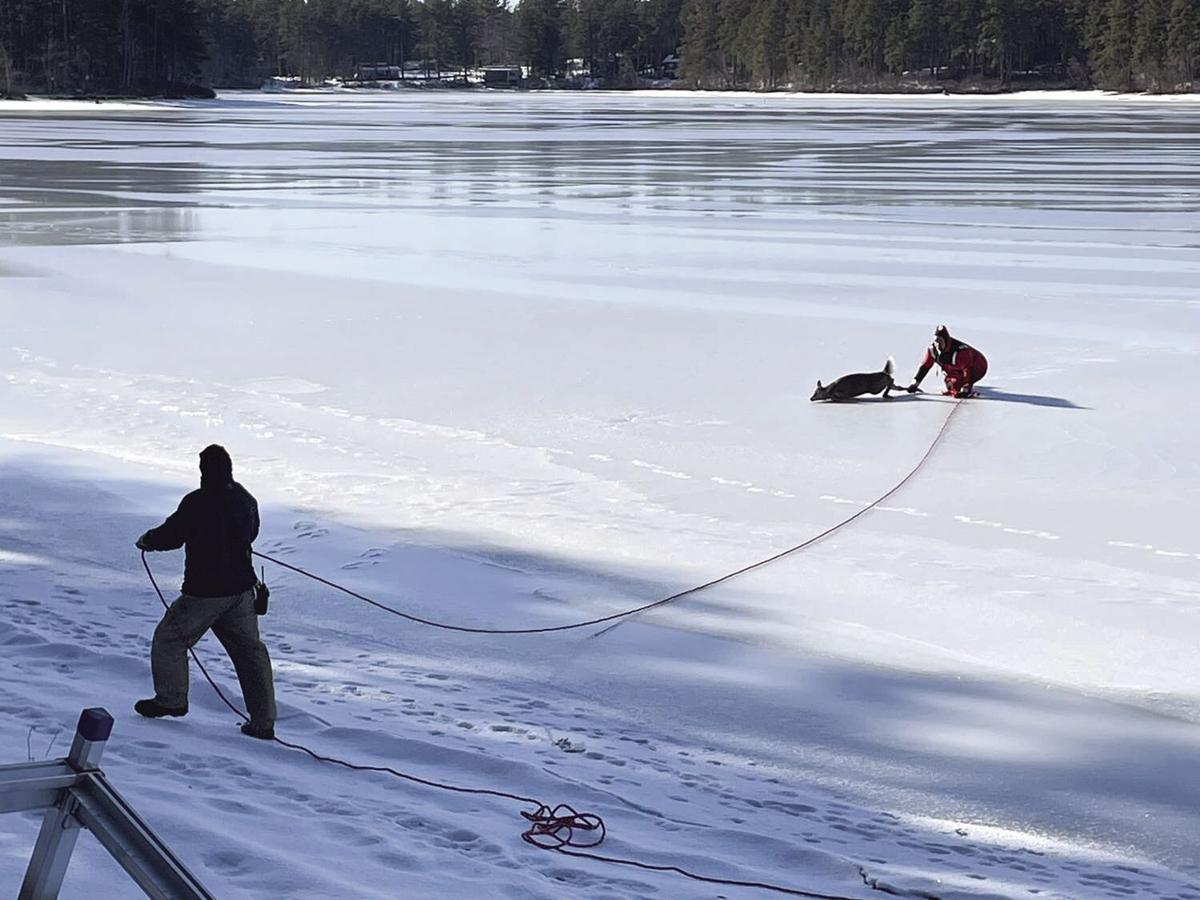 FREEDOM — On Tuesday morning, two Freedom firefighters rescued a deer that was stuck on the ice of Ossipee Lake.

The rescue occurred on the Freedom side of Ossipee Lake in the area of North Broad Bay Road at around 11 a.m.

Fire Chief Rob Cunio went on the ice in a coldwater suit and tethered to a rope. Firefighter Charlie Hatfield stayed on shore and manned the other end of the rope.

Action Ambulance paramedic Brandie Rose Felix, who was on stand by in case someone fell through, captured photos and video of the rescue with her phone.

"I was lucky enough to witness and stand by in the ambulance as Chief Rob Cunio and firefighter Charlie Hatfield used the skills they’d learned with fire training and ice water rescue, to save this distressed deer from certain death," said Felix on Facebook. "Great job gentleman!"

She shared the photos and video with the Sun. "We need more positive stories," she said.

In the video, Cunio can be seen on his knees petting the deer and trying to gently push her along towards shore. In the video, Felix is heard saying this shows "the softer side of Rob snugging up with the deer."

Cunio, reached by phone Wednesday, said the department got a call about a deer struggling on the ice from a resident who lives across the bay.

The deer, a doe of about 100 pounds and about a year and a half old, apparently tuckered herself out attempting to cross the ice on her belly, said Cunio.

After the firefighters got her back on shore, the deer rested on the beach for 15-20 minutes, then wobbled into the woods, and sat in the sunny spot, where she was seen breathing normally with her ears up.

"Nobody was hurt, the deer was fine, and it worked out really well," said Cunio.

What a wonderful story. Thank you both so much .