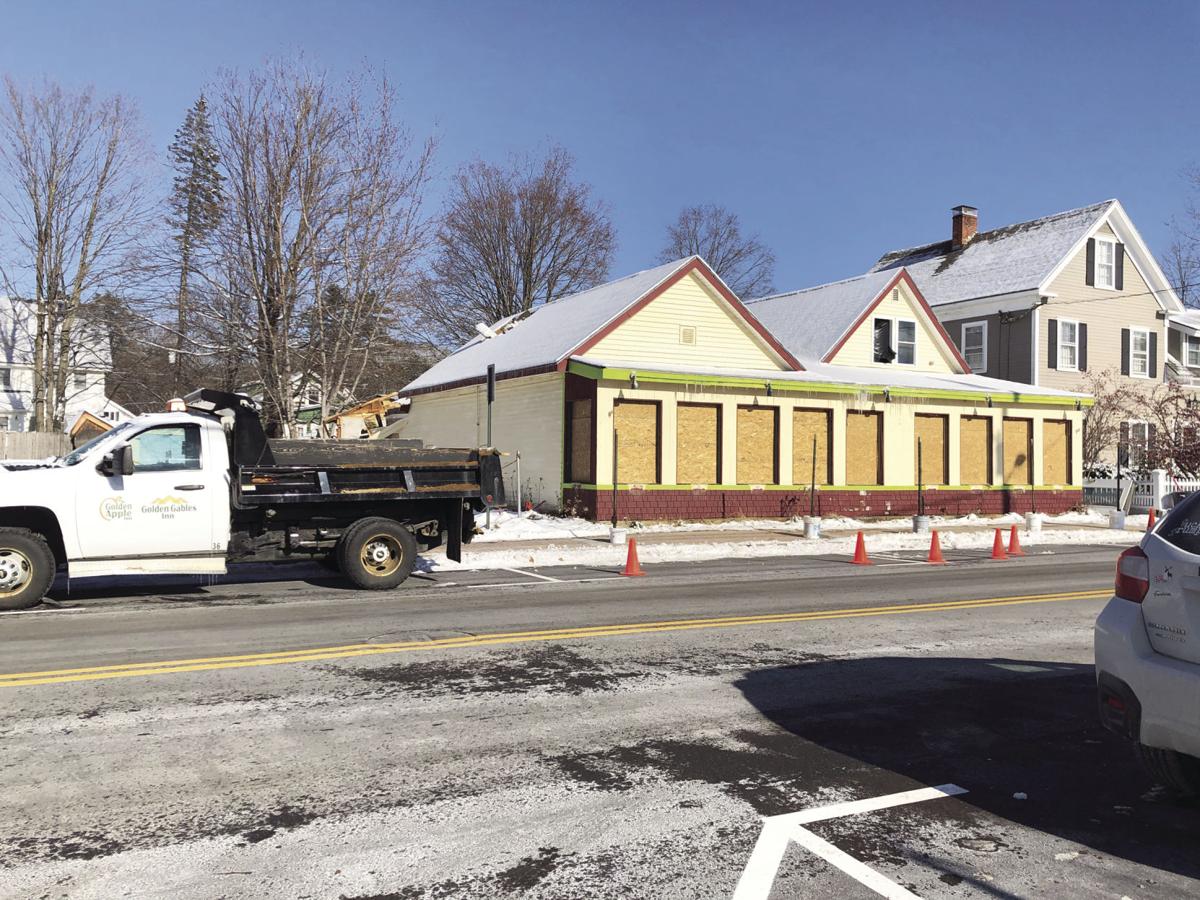 An excavator (behind the building) starts to demolish the former Rafferty's Restaurant & Pub at 36 Kearsarge Road in North Conway on Wednesday morning. (MARGARET McKENZIE PHOTO) 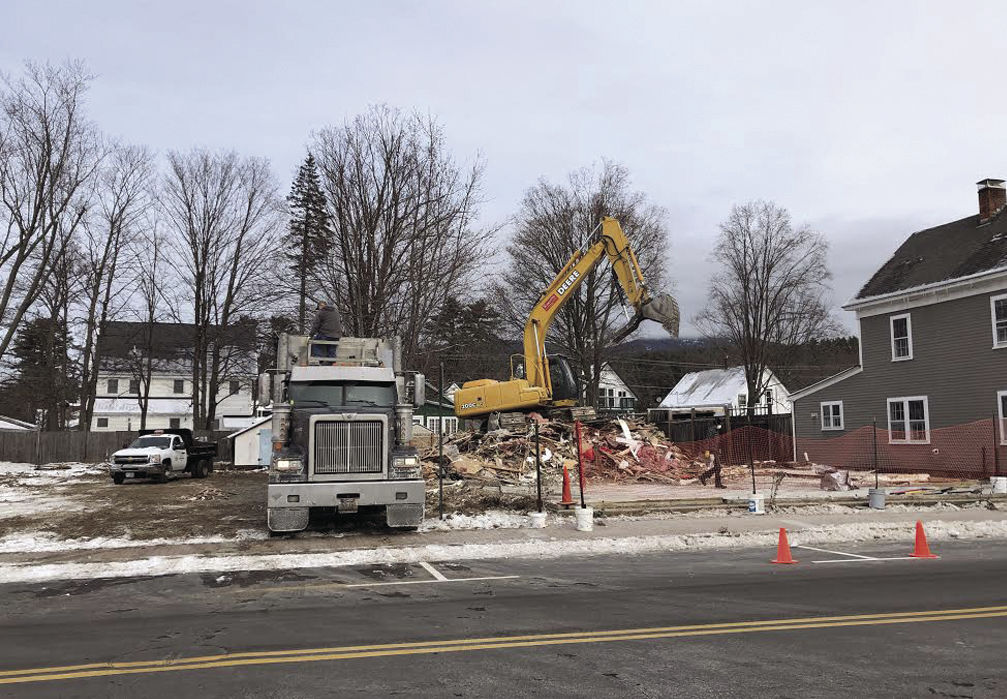 By Thursday morning, the former Rafferty's Restaurant & Pub at 36 Kearsarge Road in North Conway has been reduced to a pile of rubble. Owner Jan Filip told the town he was clearing the site for a future project. (MARGARET McKENZIE PHOTO)

An excavator (behind the building) starts to demolish the former Rafferty's Restaurant & Pub at 36 Kearsarge Road in North Conway on Wednesday morning. (MARGARET McKENZIE PHOTO)

By Thursday morning, the former Rafferty's Restaurant & Pub at 36 Kearsarge Road in North Conway has been reduced to a pile of rubble. Owner Jan Filip told the town he was clearing the site for a future project. (MARGARET McKENZIE PHOTO)

CONWAY — The former Rafferty’s Restaurant & Pub in North Conway was torn down this week to make way for an unspecified project.

The 5,227-square-foot structure was located at 36 Kearsarge Road across from Hooligans and the former Movie Gallery. The 64-seat eatery was established in 2006 by John and Linda Rafferty, who closed it in 2015 after announcing their retirement.

According to online town tax records, Jan G. Filip of Conway took ownership of the building in 2014.

Commenting on the demolition in an email on Monday, the Raffertys said, “All good things come to an end. ... We had a great decade running Rafferty’s Restaurant and Pub. We are sure Jan will do something great with the space.”

They noted that prior to the demolition, the North Conway Fire Department, led by Capt. Pat Preece, conducted a smoke simulation training in the building.

Filip, who also owns the Golden Gables Inn in North Conway, applied to the town for demolition permit on Oct. 28. The permit was issued on Nov. 6.

Filip told the town his plan was to “demo current structures on site to clear up area for future project.”

Calls and texts to Filip were not returned by press time.

At the time of the restaurant’s closing, Linda Rafferty told the Sun that she and John were proud of their restaurant’s role in serving a menu that includes gluten-free items.

They became leaders in the gluten-free movement after their daughter, Jenn, was diagnosed with the disease in spring 2006, just as they were planning to open Rafferty’s.

Originally from Melrose, Mass., Linda and John spent vacations in the valley. In 1984, they bought a second home here while maintaining their careers in Massachusetts, with Linda running a hair salon and John working for the electrical supplies company.

After they opened Rafferty’s in 2006, Linda stayed on-site full-time, while John commuted from Massachusetts on the weekends.

John’s brother, Joe, was the chef and kitchen manager, serving “affordable family dining and a menu that caters to everyone,” as their menu noted.

Eight years ago, the restaurant began serving a free community Thanksgiving Day meal — a tradition that a former staffer is continuing at his own establishment in Glen this year.

“One of our young staff members, Nick Panno, suggested that we do this,” Linda Rafferty told the Sun in 2011. “We said yes, and with the help of our staff, friends and family, we were able to share some holiday cheer with the community.”

In September, Panno, a native of Fryeburg, Maine, became the owner and innkeeper of the Bernerhof Inn, on Route 302 in Glen.

According to a press release issued this week, the Bernerhof “is opening its doors this Thanksgiving, Thursday, Nov. 28, to invite in anyone in need who seeks companionship, cheer and a warm meal.”