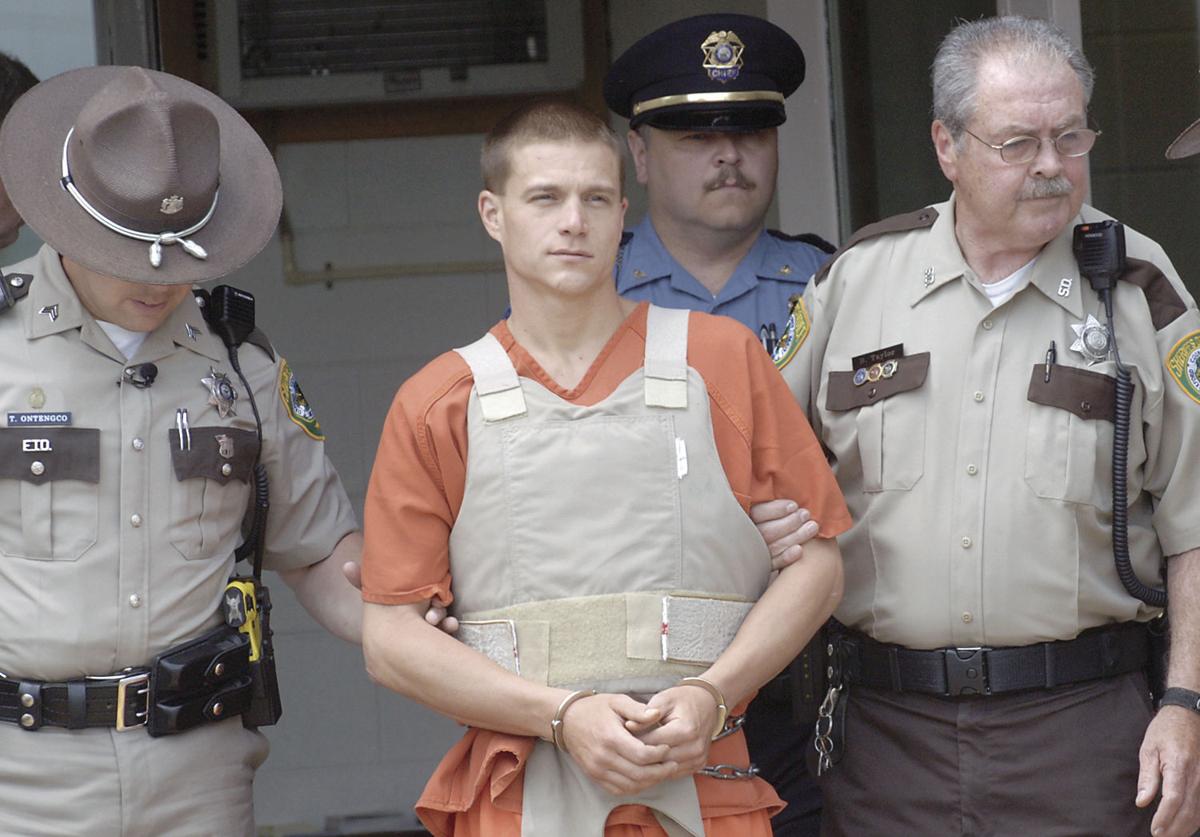 Michael Woodbury, 31, of Windham, Maine, is shown after being captured in 2007 after he killed three men at the Army Barracks store in North Conway. He has been serving life in Florida, where he killed a fellow inmate last year. (JAMIE GEMMITI PHOTO) 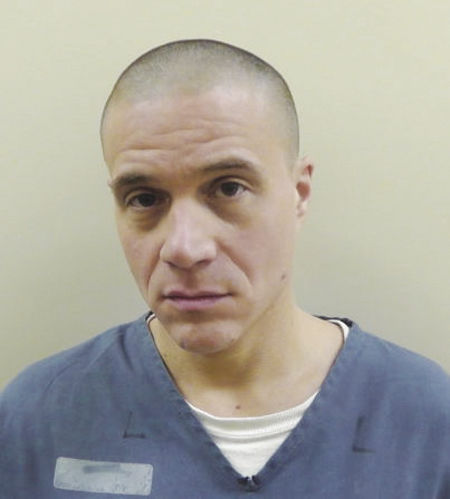 Michael Woodbury, 31, of Windham, Maine, is shown after being captured in 2007 after he killed three men at the Army Barracks store in North Conway. He has been serving life in Florida, where he killed a fellow inmate last year. (JAMIE GEMMITI PHOTO)

OKEECHOBEE, Fla. — A Florida jury on Tuesday sentenced to death Michael Woodbury, the former Mainer who shot and killed three people in Conway in 2007 and recently pleaded guilty to murdering a fellow inmate in a Florida prison.

Woodbury has been serving a life sentence without parole in Florida since 2009. He killed a fellow Florida inmate last year.

"The jury was out for 37 minutes," said Ashley Albright, assistant state attorney for Florida's 19th Judicial Circuit adding the jury decision was 12-0. "There is still another review process by the trial judge before sentence is entered. And then, yes, multiple appeals to follow."

Bauer could still give Woodbury life in prison or follow the jury's decision. Albright said the next hearing may be held in September and the decision would take place after that.

Albright explained that in Florida there is an automatic appeal to the state's Supreme Court for anyone who has been sentenced to death. Albright said it would take years for Woodbury to be executed.

Florida switched from using the electric chair (nicknamed "Old Sparky") to lethal injection as a means of execution in 2000.

According to a report in the Okeechobee News by staff writer Matteo Tullio, Woodbury, 42, formerly of Windham, Maine, pleaded guilty May 21 to first-degree premeditated murder in the beating death with a padlock of fellow inmate Antoneeze Haynes on Sept. 22, 2017, at Okeechobee Correctional Institution. The plea came on day three of his trial.

During his trial, Woodbury claimed Haynes tried to rape him, according to the Okeechobee News.

“This case is first and foremost, from my perspective, about how my cellmate, Haynes, attempted to rape and sexually assault me while asleep in my bed in the middle of the night,” Tullio quoted Woodbury as testifying.

Albright said the trial went smoothly and it was "unusual" that Woodbury demanded speedy trial and because he represented himself.

Longtime Conway residents will remember July 2, 2007, as the day when Woodbury, then 31, walked into the Army Barracks store at 347 White Mountain Highway and shot store manager James Walker, 34, and two customers from Massachusetts, William Jones, 25, and Gary Jones, 23.

Walker and William Jones died at the scene, and Gary Jones died later at Maine Medical Center. The two Joneses were not related but were close friends who had been camping in Maine.

The two campers walked in on Woodbury and apparently tried to halt his bid to steal a car.

The day after the shootings, Woodbury gave himself up to a Fryeburg, Maine, patrol officer in a forested stretch of railbed in that town.

He later pleaded guilty to those killings.

Albright said his trial partner Don Richardson was in "close contact" with family members of  victims of the New Hampshire killings.

"As far as the general public, I received a lot of emails from people all over the country," said Albright. "Most of them are anti-death penalty people who had no idea about the facts and were just saying the death penalty is wrong."

Ted Sares of Conway wrote a "true crime" book in 2011 called "Shattered." It included a chapter about the Army Barracks killings.

Informed of the jury's decision, Sares said it was the best news he has heard in a long time. He said Woodbury should have been executed for the 2007 killings.

"The New Hampshire death penalty should have had a provision to cover murderers who kill multiple victims," said Sares. "The victims were the very best society had to offer. The shooter was the very worst."