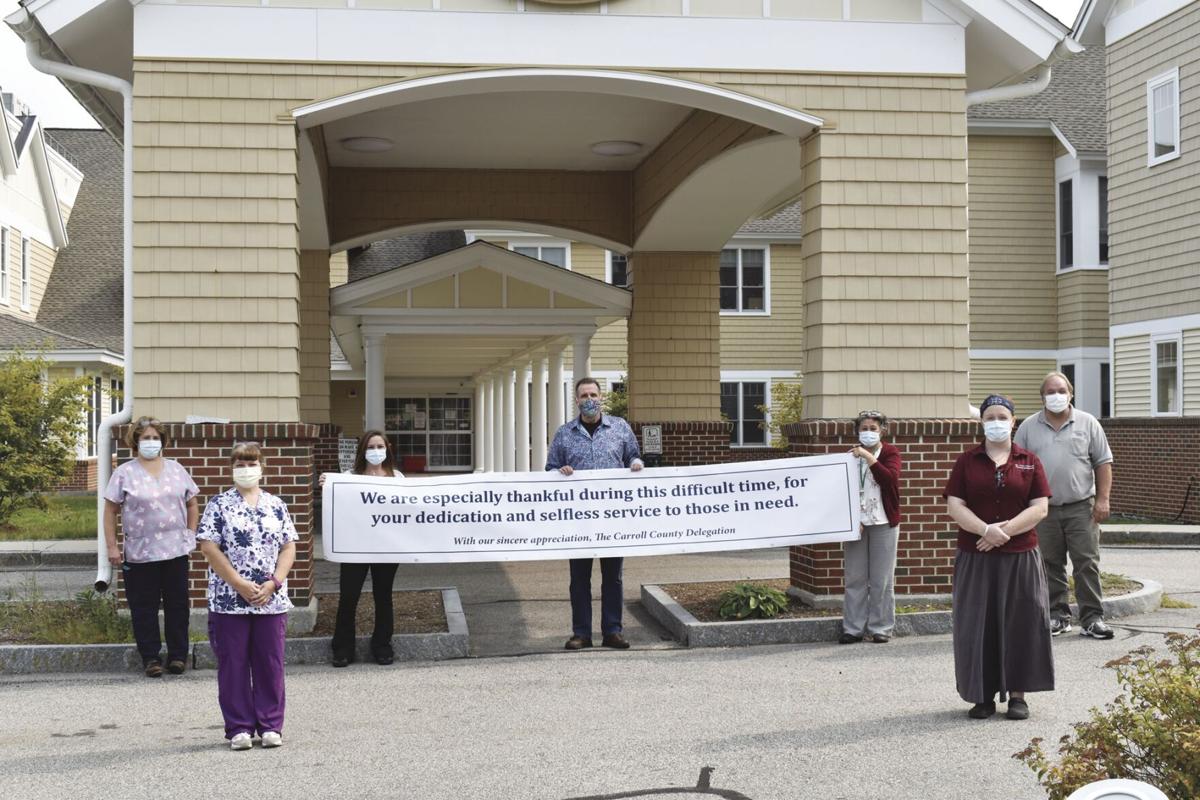 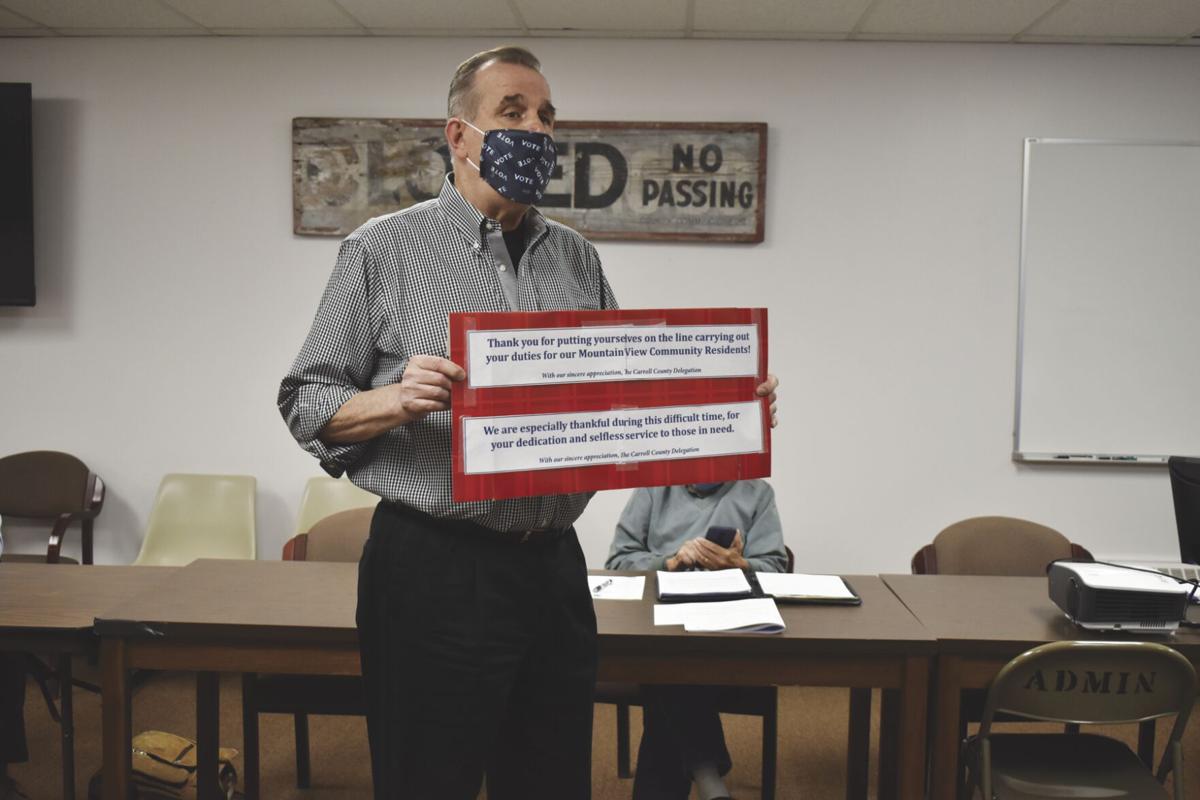 Butler and five other delegation members appeared at the socially distanced meeting in person.

At the conclusion of the meeting, Chair Edie DesMarais (D-Wolfeboro) announced Butler was going to make a presentation.

Butler noted that he previously had a career in nursing and worked as an assistant nursing home administrator in New York City and as such knows how hard a job running the county nursing home is, and he marveled at the way the staff has been handling the added pressure of COVID-19.

“The work that your administration and your staff are doing is beyond the call,” said Butler, who stood so Chandler and those on Zoom could see him. “It is so impressive, that the delegation wanted to make an expression of our gratitude.”

As Butler spoke he held up a mock-up of the 12-foot-long banner that the delegation paid to have made and brought to the nursing home Tuesday.

“It will be double-sided so that everyone will understand that we really appreciate and try to understand the challenges you have faced and the incredible job you have done,” said Butler Monday.

Both sides of the sign were signed “with our sincere appreciation, The Carroll County Delegation.”

One side says, “Thank you for putting yourselves on the line carrying out your duties for our Mountain View Community Residents!” The other side says, “We are especially thankful during this difficult time, for your dedication and selfless service to those in need.”

Butler reached Monday said the sign was ordered from Minuteman Press in Conway.

Chandler told the Sun Tuesday that he and Director of Maintenance Bob Murray knew about the banner in advance but the rest of the staff didn’t.

After Butler’s announcement, Chandler said the staff will very much appreciate the gesture. He said the building has been closed to the public since March 15 and the staff is suffering from “COVID fatigue.” He thanked the delegation and said the banner would “brighten a lot of spirits.

The banner was placed at the nursing home entrance Tuesday.

However, Mountain View didn’t have any positive cases until late August, and has had a cumulative total of only 10 cases, of which five were staff and three were residents.

As of Monday, there were only four active COVID cases — one resident and three asymptomatic staff members — at the nursing home.