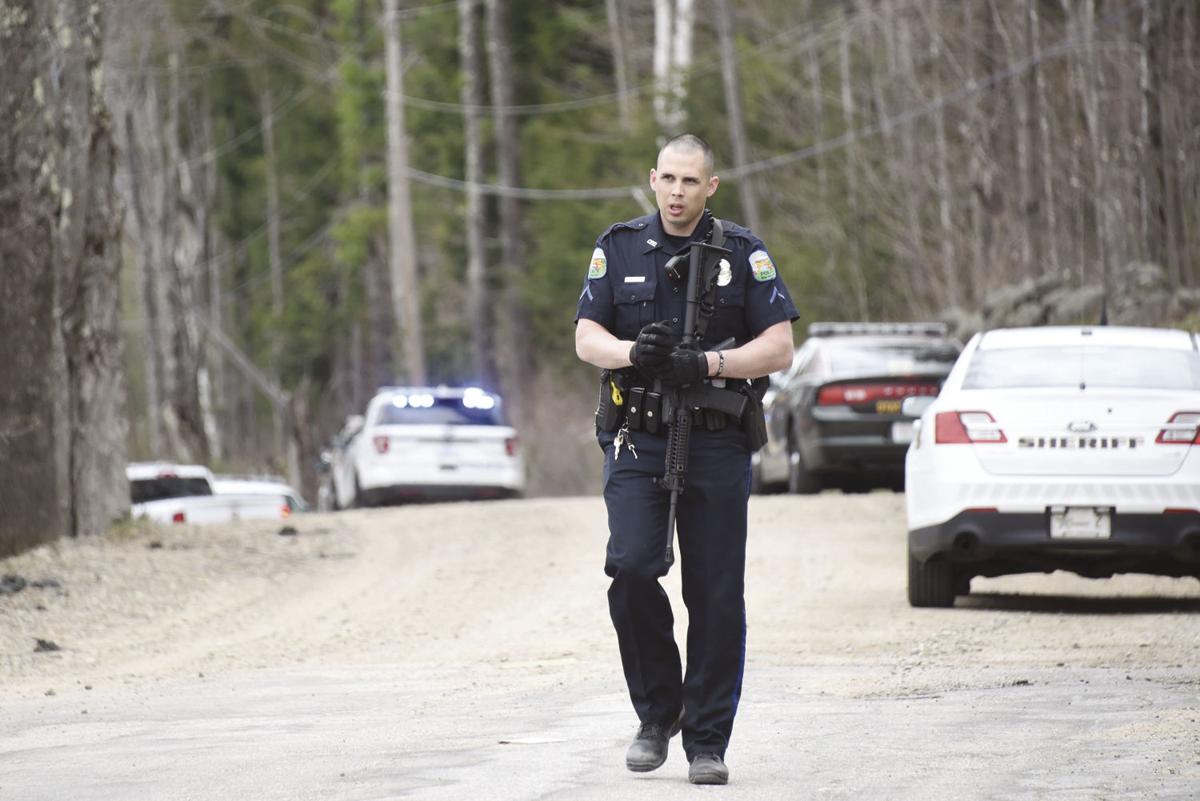 Conway Police Master Patrol Officer Jonathan Hill keeps an eye on Thorn Hill Road in Bartlett on Wednesday evening during a search for a man who had apparently threatened to harm himself. The man was later taken into custody. See story, page 3. (JAMIE GEMMITI PHOTO) 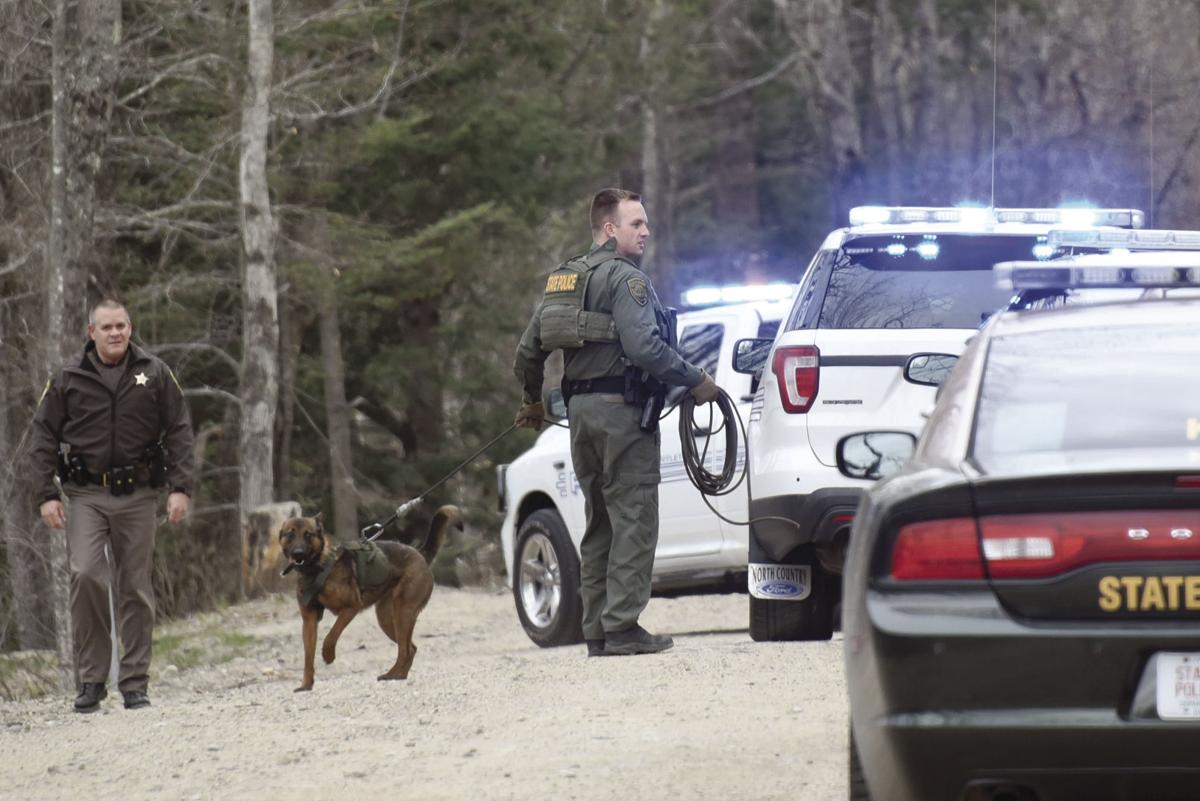 Conway Police Master Patrol Officer Jonathan Hill keeps an eye on Thorn Hill Road in Bartlett on Wednesday evening during a search for a man who had apparently threatened to harm himself. The man was later taken into custody. See story, page 3. (JAMIE GEMMITI PHOTO)

BARTLETT — A K-9, a drone and officers from multiple police agencies swarmed Thorn Hill Road to search for an apparently armed man who threatened to harm himself Wednesday evening.

Bartlett Police Chief Chris Keaton said the man’s wife and two children fled the home and called the police. Keaton said it was reported the man was armed with “a weapon” and had weapons in the home.

The man fled the back of the house and ran into the woods as local police were setting up, and State Police troopers and a K-9 from Troop E were brought in to search along with Troopers from Troop F and Troop G.

“We ended up finding him, like, four hours later,” said Keaton. “He came out of the woods, and we took him into protective custody.”

The man was “impaired,”  Keaton said.

Keaton said he filled out the paperwork for the man’s involuntary emergency admission to a hospital. The mental health evaluation was to  be conducted by Northern Human Services.

There are no charges pending.

“He didn’t threaten anybody other than himself so there’s really nothing I can charge him with criminally,” said Keaton. “This is more of a mental-health issue at this point.”

The man was taken to Carroll County Jail, and Keaton said the man was to be evaluated Wednesday. As a result of that, the man could be released or brought to the New Hampshire State Hospital for a three-day evaluation.

The Center Conway Fire Department flew its drone with a heat-sensing camera to try and help locate the man.

Keaton said the drone gave police “the lay out of the land,” and that “was helpful even though it didn’t pinpoint exactly where he was.”