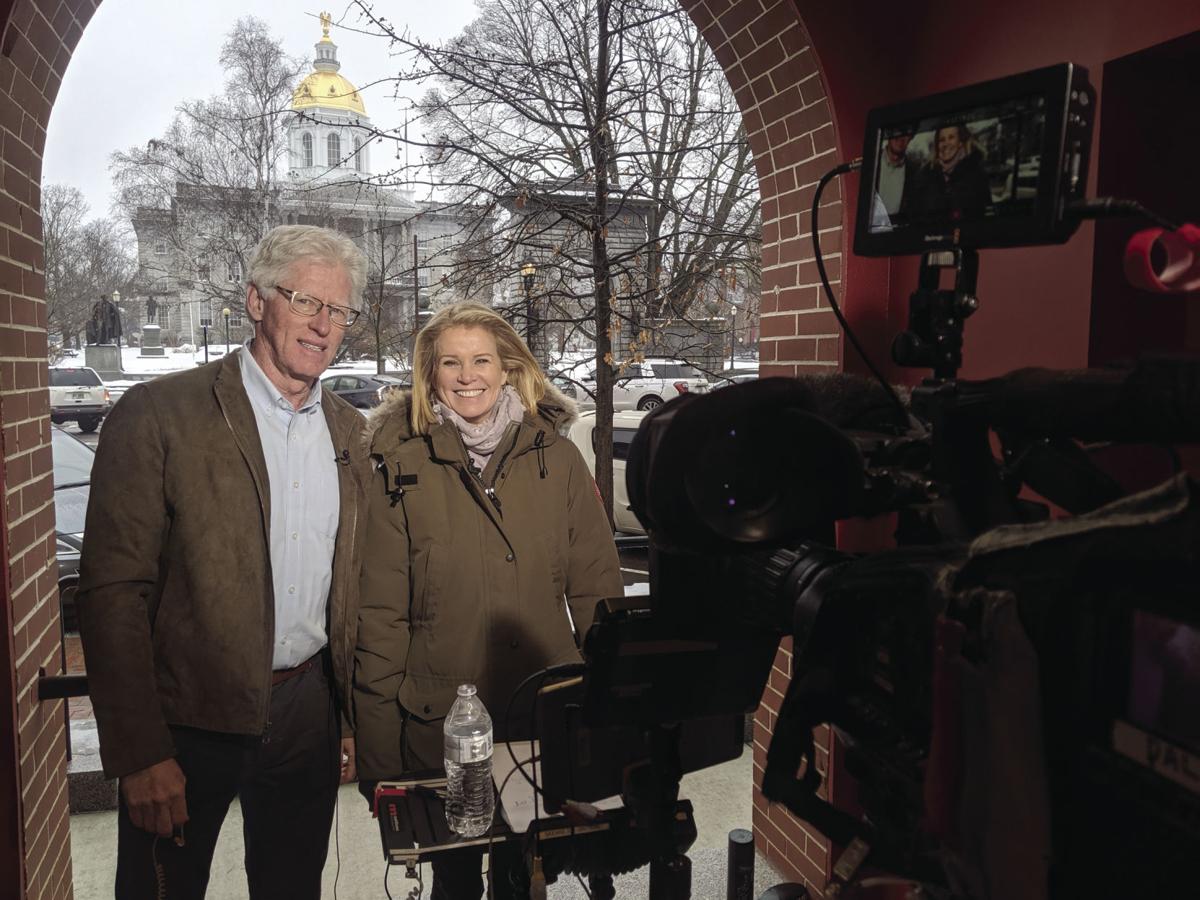 Sun Publisher Mark Guerringue is interviewed by BBC’s Katty Kay, co-host of BBC World News, in Concord on Primary Day. Guerringue spoke on the air about New Hampshire’s role in selecting a Democratic nominee and about the Sun’s endorsement of Sen. Bernie Sanders. (COURTESY PHOTO) 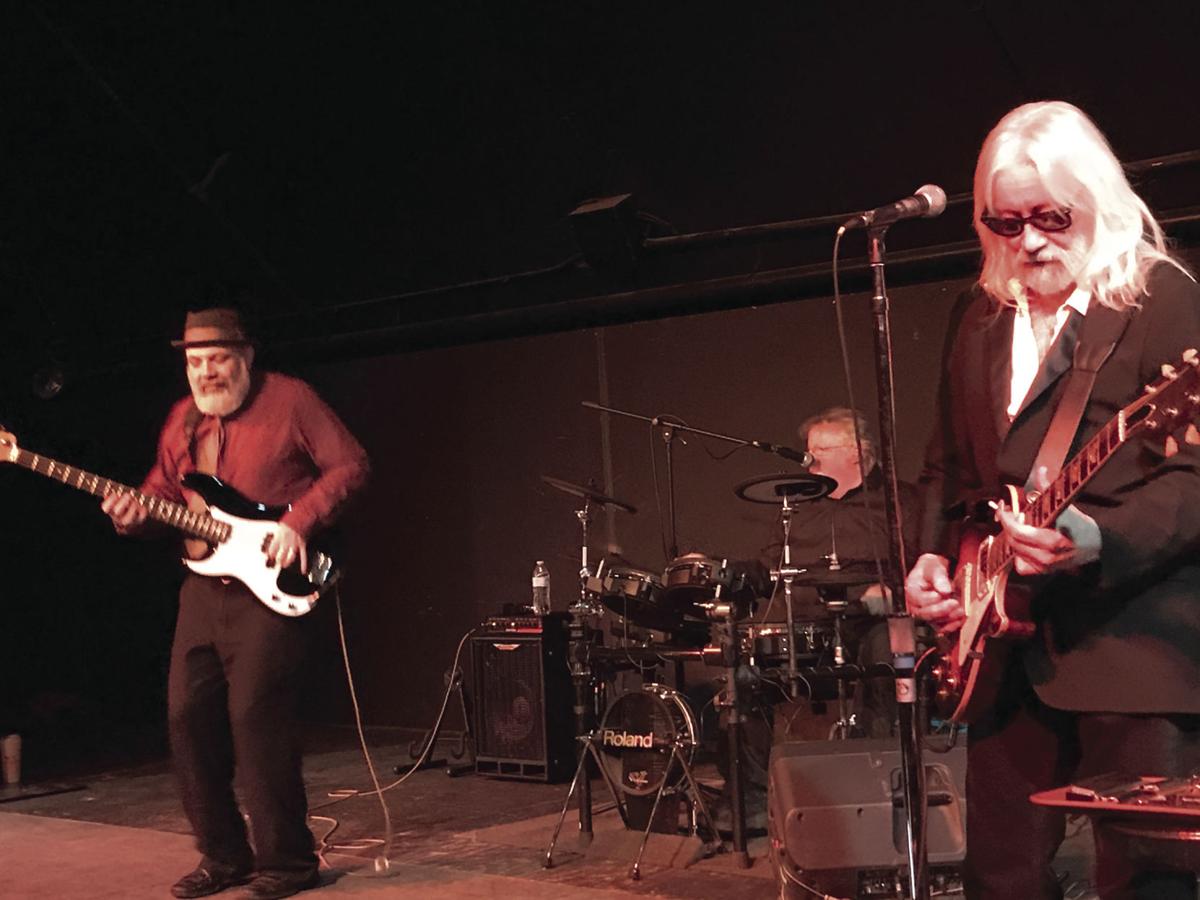 Sun Publisher Mark Guerringue is interviewed by BBC’s Katty Kay, co-host of BBC World News, in Concord on Primary Day. Guerringue spoke on the air about New Hampshire’s role in selecting a Democratic nominee and about the Sun’s endorsement of Sen. Bernie Sanders. (COURTESY PHOTO)

SO, HOW’S YOUR post-primary hangover going, now that the national media and candidate circus has departed, leaving us to ponder such pressing issues as just how great the snow is going to be at all touring centers and alpine areas for Presidents’ Birthday Week?

We’ve got a full round-up elsewhere in today’s edition of local highlights in our vacation week fun-off-the-slopes story and in this week’s Snow Report.

PRIMARY COLORS, ETC.: So who was the big winner in Tuesday’s first-in-the-nation New Hampshire primary?

Secretary of State Bill Gardner’s office Wednesday released certified totals showing that 300,622 ballots were cast in the Democratic primary and 156,418 on the Republican side — for a total of 457,040. Although it was fewer than the 500,000 that Gardner had predicted — nonetheless it was noteworthy because unlike the fiasco in the Iowa caucus the week before, New Hampshire’s low-tech polling went smoothly.

As Gov. Chris Sununu noted in his State of the State address Thursday, “It isn’t the governor, Legislature or political parties that deliver a successful primary — but our city and town officials, moderators, clerks supervisors of the checklist and the hundreds of Granite Staters who help out on Primary Day. And especially: Bill Gardner, Dave Scanlon and the great team at the Secretary of State’s office.”

LOCALLY, the turnout in Conway was not the 4,000 that Moderator Deborah Fauver had expected, with colleague Lloyd Jones reporting that just 2,976 out of 8,000 registered voters cast ballots on Tuesday.

THE PRESS: Sun Publisher Mark Guerringue was interviewed by BBC’s Katty Kay in Concord on Primary Day. Kay is co-host of “Beyond 100 Days” and BBC World News. In a short interview, Guerringue was asked about the importance of New Hampshire’s in selecting a Democratic nominee and about the Sun’s endorsement of Sen. Bernie Sanders, the only newspaper in the state to endorse him.

The Sun’s Daymond Steer — who always asks presidential candidates about UFOs — was interviewed by legendary Las Vegas newsman George Knapp on Skype on Thursday about his quest. The interview will be posted to the website mysterywire.com. The Sun is also mentioned in a Popular Mechanics story about UFOs that came out Friday.

Meanwhile, yours truly traveled to Hart’s Location on Monday night to cover for their midnight voting.

I also got to once again have the honor of being the official timekeeper, an honor that the townspeople have trusted me with for the past three midnight primary voting cycles.

Walking up to the tiny town hall with the clear, cold moon shining down on us at about 11:30 p.m., helping state Rep. Ed Butler of the Notchland Inn carry the coffee containers in from his car, I was once again struck by just how much I love the midnight voting tradition.

The goal — as Selectmen’s chair Mark Dindorf and Moderator/innkeeper Les Shoof always stress — is to get 100 percent participation, which is something that all towns in America should all aspire to.

As we reported in Wednesday’s Sun, this year in Hart’s Location, President Donald Trump carried the GOP ticket with 15 votes to former Massachusetts Gov. Bill Weld’s four and Mary Maxwell of Concord’s one.

On the Democratic side, Klobuchar got six; Massachusetts Sen. Elizabeth Warren got four; Andrew Yang (who dropped out Tuesday night) got three; Bernie got two, and garnering one apiece were former Vice President Joe Biden, businessman Tom Steyer of California and Rep. Tulsi Gabbard of Hawaii.

IN OTHER NEWS, last weekend was a fantastic one for skiing. Although last Saturday was mighty cold and windy, Sunday was superb when I ventured to Bretton Woods to check out their new eight-person Skyway Gondola, the only such lift in the state.

Adding to it for me was an unusual story and still unresolved mystery about how I got a new pair of gift boots — it all had to do with an unsigned Christmas card that somehow showed up on my desk here at the Sun last Friday.

Written in red ink, the card was signed by “Santa.” It directed me to go to “see Dan at Stan and Dan’s for a free pair of ski boots.”

I did as instructed Saturday afternoon, asking floor sales rep. John White if he knew anything about this card I had received and whether it was for real. That’s when we were approached by floor tech rep. and longtime friend Peter Moore, who announced, “I’m in on this. I’ll take it from here.”

That he did, outfitting me with a new pair of Nordica boots that are so lightweight, I could dance in them. When I asked Peter who was behind all of this, he only replied, “I know, but I am sworn to secrecy!”

Not wanting to look a gift horse too closely in the boot, er mouth, I tried the boots out on Sunday, along with a demo pair of Head skis that Peter outfitted me with. They were both …. fantastic!

Because my old boots used to take me a good half-hour to get into, I quipped to Peter that he had taken “30 minutes off my Mountain Meisters time,” as I will now be able to get up to the mountain, into my boots, out on the course and down through the gates that much faster!

Thanks, Santa (whoever you are) — but, I have to admit, being a reporter: This is killing me not knowing!

And, oh yeah, on Monday? I bought the Head skis.

IN MUSIC NEWS, the always great John Lackard Blues Band put on a wonderful show of blues last Saturday at Theater in the Wood’s Saturday night series. He’ll be at the Red Parka Pub’s next Blues Sunday Feb. 23.

They hail from Auburn, Maine, and played at Top of the Ninth last night. Look them up on Facebook and be sure to catch them when they come back to the Red Parka, which is a sure thing, notes RPP Blues Sunday host George O’Brien.

HAVE A GREAT first February vacation week! And, be sure to watch NH PBS’ “Windows to the Wild” Feb. 19 at 7:30 p.m. for a show on “Taking on Mount Washington” (online at nhpbs.org/windows). Great Glen Trails’ Howie Wemyss of the Mt. Washington Auto Road and others will be featured with host Willem Lange.