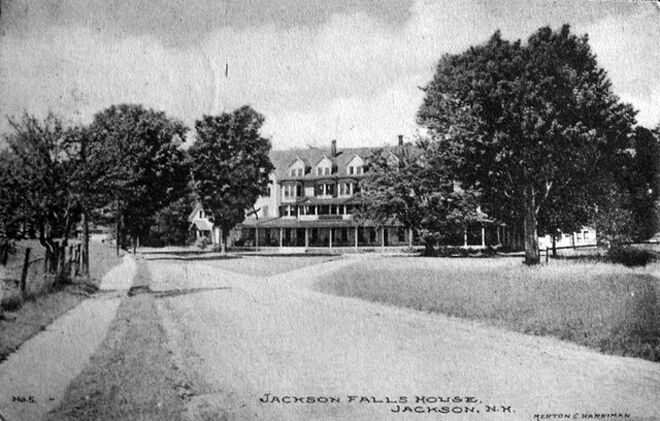 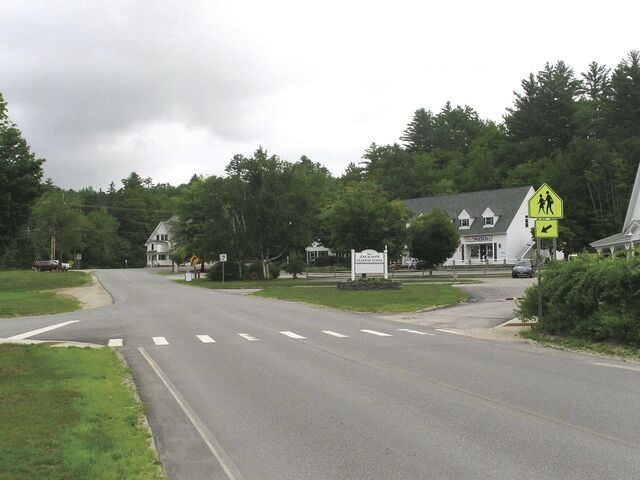 In the 1850s, the proprietors of the Grand Trunk Railway helped to engineer a new boom in White Mountain tourism, prompting regional speculators to built grand hotels on both sides of Pinkham Notch, from Conway Village to Gorham.

Two rose at about the same time on either side of the Wildcat River in tiny Jackson, a town of about 600 souls. Horace Goodrich, a prosperous local farmer, built the Forest Vale House on the right bank, while his neighbor Joseph Trickey raised the Jackson Falls House on the other side.

Trickey finished his hotel in 1858, in time for the summer season of 1859. His brother, William Henry Harrison Trickey, ran a livery stable out of the big barn behind the hotel. Because the Trickeys had invested so much money in the business — and because they were Democrats with no love for Abe Lincoln’s war — they both remained at home while the Union Army called for volunteers. When the government turned to drafting men, Joseph became the town’s agent for hiring substitutes who would accept a few hundred dollars to enlist in place of Jackson conscripts.

In the autumn of 1863, agents from the Portsmouth provost marshal’s office arrived in town to deliver draft notices, taking rooms at the Forest Vale House when they arrived.

Like many of today’s Democrats, those in Jackson responded to government overreach with mob action and arson, flushing the agents out of the hotel by burning it down.

Months later, federal officials came to Jackson to take testimony about the riot, and government witnesses made the mistake of boarding their horses at Trickey’s stable. When they came back to get them, the horses’ manes and tales had been shaved, and the harnesses were cut into bits.

The Jackson Falls House had long since passed out of the Trickey family when an insurance salesman from Cambridge named Linus stopped there for a week in 1910. He and his wife found their corner room delightful, marking the spot for a friend in Belmont who was sweating the summer away in his textile factory. Jackson was wonderfully cool, with fires in the room on July days, and steam heat hissing through the pipes at night. Linus also recommended the “good grub.”

The hotel remained open into a second century. A fire did some damage in the winter of 1960-61, but the renovations included a new kitchen, and business resumed for a while longer.

Like most of the old hotels, the Jackson Falls House spent a few years as a venue for low-budget special events before it was finally torn down, in 1979. The barn where Jackson’s Democrats took their vengeance on government informers stood for three more decades before it, too, was dismantled. The beams were used in the construction of a new library, where one hopes the inhabitants show a little more tolerance for those with whom they disagree.