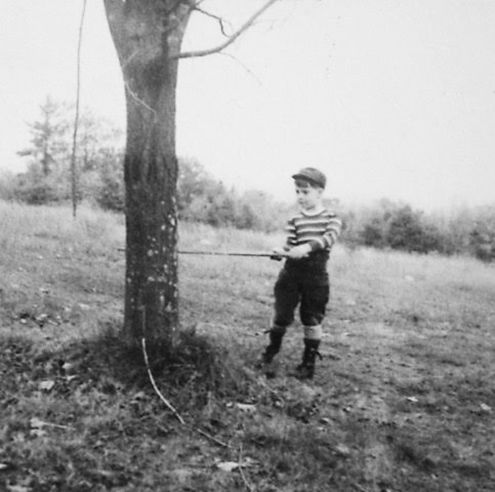 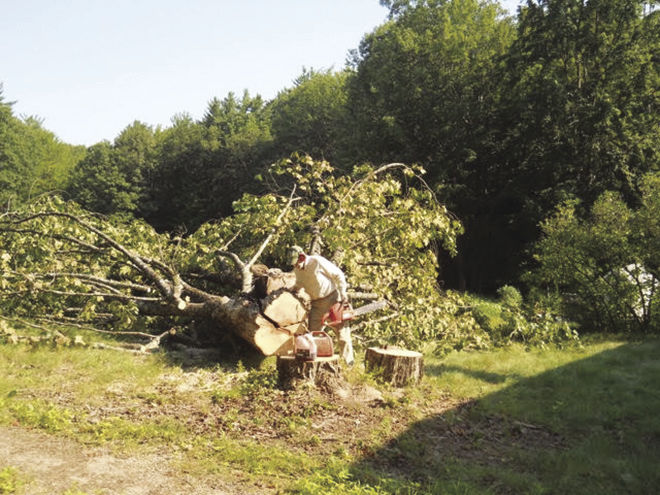 From the 1880s, Mary Jackson lived in a sprawling, poorly maintained farmhouse on Davis Hill. Her youngest son, Bill, stayed on when his father died in 1902, but after World War I he moved his family into town, including his mother. He kept farming the land, but in 1928 he and his brothers tore the old house down and began work on a new one 40 yards away, in the last few acres of pasture. They dug the cellar only a few paces from a maple sapling that appears to have sprouted in 1925.

The new house was meant as a place for Mary Jackson to live out her days, but she had already done that when construction was completed in 1931, and no one had ever lived in it when my father bought it in 1948. Six years later, he retired from the Navy and we moved in, the maple sapling having become a mature shade tree. As a boy I was allowed to chop down any pine trees around the house, where they were springing up by the dozens in the old pasture, but I was warned against taking my hatchet to the maples. That didn’t stop me from pretending to defy paternal discipline, or enlisting my mother to record such mock defiance.

In full retirement, after 1971, my father began to linger at the kitchen table each morning, making a list of chores for the day. Branches from the maple just outside hung right in front of the kitchen windows, and so many birds perched there that he started stringing bird feeders on them. Flocks of chickadees, nuthatches and juncos swarmed it each winter, scattered sometimes by bullying blue jays or plummeting hawks. My maiden great-aunt, who lived the last decade of her long life here, sat for hours each day at the kitchen window, watching those aviary antics. The windowsill is still pocked with the marks of her fingernails. Like the ragged corners left on some of the furniture by my last cat, that unrepaired damage serves as a memento of another valued life that ended within these walls.

By about 1990, gray squirrels provoked my father to squirrel-proof his maple-tree bird feeders. I advised the .22-caliber solution, but he tried an assortment of unsuccessful homemade contraptions. He inquired about patenting one of them until it, too, proved ineffective against rodent wile. Finally, he gave up on bird feeders and simply strewed seed on the snow around the tree, which the birds then used as a resting station between feedings.

Recently, I had to prune some branches to paint the roof, which the maple had begun brushing. Other limbs impeded plowing, and as I was contemplating which ones to take I noticed the central leader was rotting. Considering the likelihood that it would land on the house if it came down spontaneously, I decided it was time to say goodbye, and the faux woodsmanship of 1955 came to realistic fruition. After nearly a century of providing shade and entertainment, Sylvan T. Maple will afford me several weeks of heat come January or February of 2021.