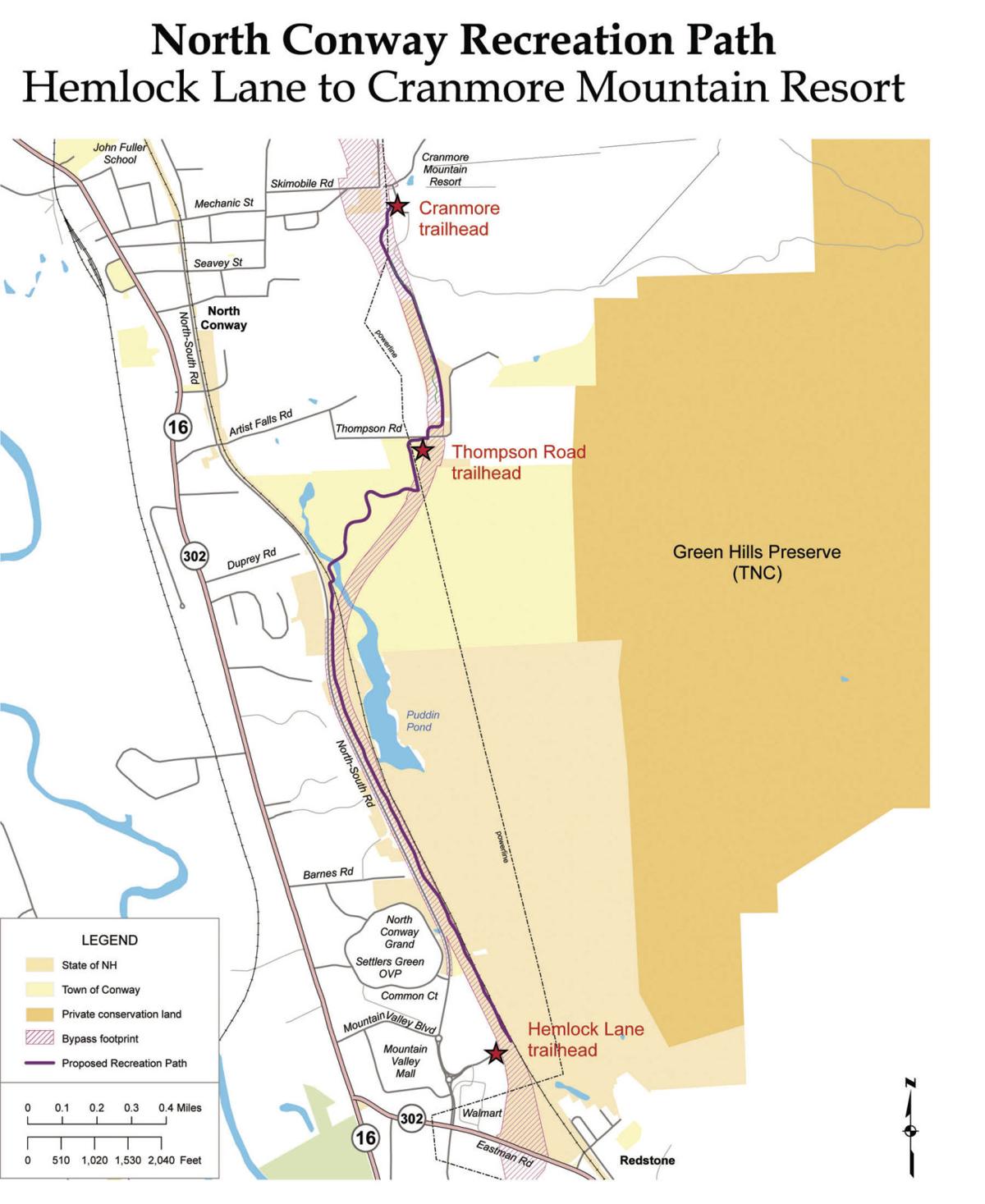 This map shows the proposed route of the MWV Recreation Path in North Conway. (COURTESY RENDERING) 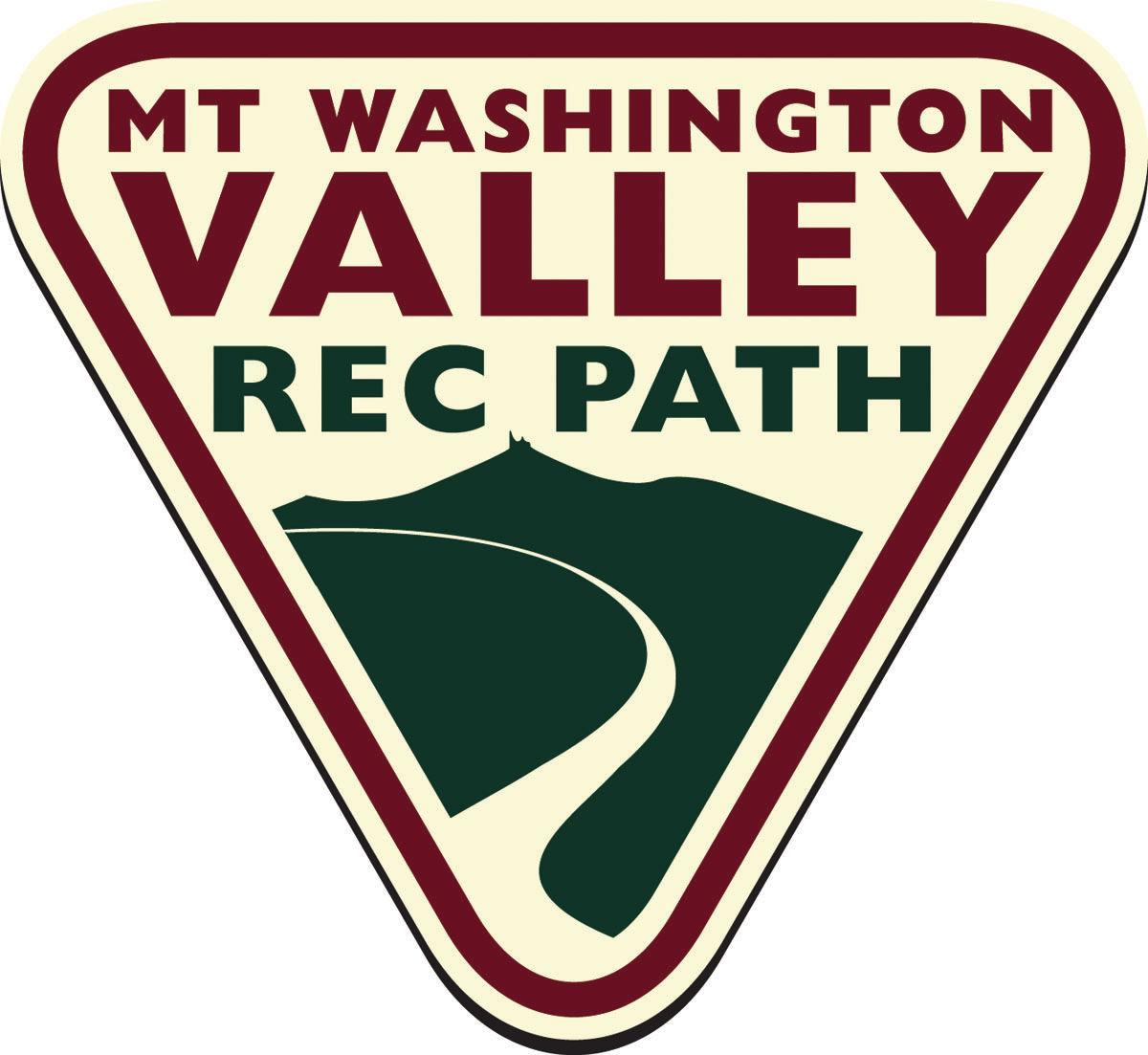 The logo of the MWV Recreation Path. (COURTESY PHOTO) 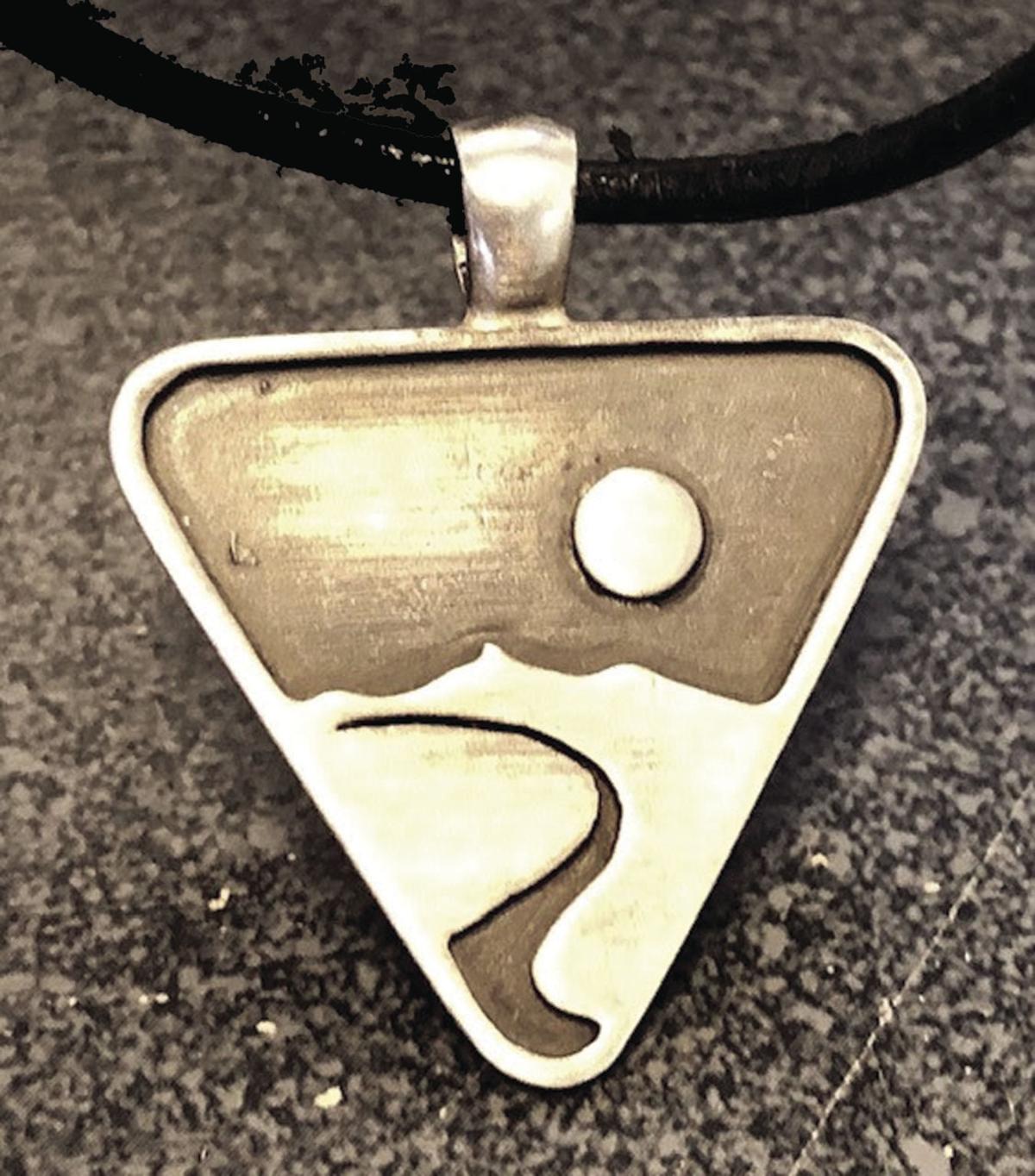 This map shows the proposed route of the MWV Recreation Path in North Conway. (COURTESY RENDERING)

The logo of the MWV Recreation Path. (COURTESY PHOTO)

“It’s taken us longer than we originally anticipated,” said Meier, an attorney at Cooper Cargill Chant and also president of the MWV Trails Association.

In order to fund the project, “we had to go through the entire federal permitting process regarding NEPA (National Environmental Policy Act), architectural review and wetland review,” Meier said.

“But all that is behind us; the final wetlands permits are now in (to the state Department of Transportation), and we are looking at the final design with the state.”

Added Garland, a cartographer for the Appalachian Mountain Club in Pinkham Notch: “With a project this big and complex, things always crop up, and it always takes longer, but I feel we are making good progress.”

Under a best-case scenario, construction bids could be sought and accepted in spring 2020, with work possibly starting in summer 2020 and looking at a 2021 summer completion.

Garland said once they get state DOT design approval, “if bids were to go out in spring, many contractors would already have projects committed for the summer, so we would be up against that time constraint.”

Garland said completing the project in one season was an unrealistic scenario, “so it would carry over to the next construction season.”

Cost for Phase I of the project is an estimated $2.3 million, which the group has raised through grants and fundraising. This phase extends south from Cranmore Mountain Resort to Hemlock Lane, next to Walmart.

In an update from Meier and Garland that was posted by Michelle Cruz on the Mt. Washington Valley Chamber of Commerce’s website (mtwashingtonvalley.org), the following benchmarks were announced:

• Wetland application was submitted to the DOT by wetlands scientist Greg Howard of Ossipee.

• An application for a railroad crossing located just north of Pudding Pond will be included in the final design. “From that point south, the path will travel between the rail corridor and the North-South Road to Hemlock Lane,” said Meier. The permit will be held by the Town of Conway.

• A major upgrade is being designed for the culvert under the service road from Thompson Road trailhead parking to the Green Hills kiosk. The level of the road will likely be raised by about 2 feet.

• Preliminary design was submitted to the state DOT on Nov. 24. “We expect it to take about two months for state review and approval. Final approval by February or March,” said Meier.

Phase II would extend from Hemlock Lane and run 1¾ miles along the old Maine Central Railroad tracks to the Smith-Eastman Park behind the Conway Police Station in Redstone.

There, it would connect with the Conway Rec Path, a dirt mountain-biking path that follows the northern bank of the Saco River to near the MWV Tech Village.

“The beauty of the Phase II project is it would connect Phase I to the Conway Rec Path along the river, and if we make improvements to that existing path and then make another connection to the MWV Tech Village, that would give us more than seven miles of continuous path, connecting Conway Village to North Conway Village.”

The MWV Economic Council and Avesta Corp. of Portland, Maine, announced last month that the MWVEC is selling 61 acres abutting the MWV Tech Village and Granite State College to Avesta, with plans by Avesta to build 120 affordable and senior housing units pending approvals in four phases over the next 10 years.

“We have not had talks with Avesta, but those are the kinds of things that are possible when we’re talking interconnected trail networks. People at Lamplighters and the Tech Village campus would have trail access,” said Garland, who said the MWV Trails Association has worked with the Upper Saco Valley Land Trust and the town Conservation Commission on the 448-acre Pine Hill Community Forest. The forest nearly surrounds the campus of Kennett High in Redstone and includes one mile of the Conway Rec Path.

Meier and Garland said among the many boosts the project has received over the past two years was a $20,000 grant from REI Co-op last August. That grant money will be earmarked for the Wetlands Bridge crossing up to Cranmore portion of the path.

Noted REI North Conway store manager Shannon Hanley last summer, “As an organization dedicated to awakening a lifelong love of the outdoors, we are thrilled to support the work of the Mount Washington Valley Trails Association to connect people and reduce barriers to the outdoors. North Conway is a community that celebrates people getting outside, and we all benefit from easy access to outdoor spaces.”

Regarding that bridge, Garland said, “From when we first established the campaign goal a few years ago, there have been a few wrinkles: the first was when Cranmore — which is very supportive of the project — asked us to redesign the approach from the parking area, and that redesign involved installing an 80-foot boardwalk over wetlands that we did not originally anticipate.

“That added to the cost,” Garland said, “but we have been very fortunate to raise additional money from REI and others to cover the cost.”

In August 2018, the Rec Path received a $200,000 grant from the Northern Border Regional Commission. The Rec Path was one of 15 grants awarded out of $2.8 million in federal funds.

That effort reached its fundraising mark of $2.3 million last fall, with the group receiving $1.2 million in federal funds through the Congestion Mitigation and Air Quality Improvement Program and the rest through donations and the aforementioned grants.

That amount required a 20 percent match, which was successfully met. The federal grant recognized that it qualified as an alternative transportation project.

The MWV Rec Path Committee was organized in 2008 by a group of volunteers with the specific mission to build a multiple-use, non-motorized recreational trail.

What were you thinking??? Mountain biking and trail-building destroy wildlife habitat! Mountain biking is environmentally, socially, and medically destructive! There is no good reason to allow bicycles on any unpaved trail!

Bicycles should not be allowed in any natural area. They are inanimate objects and have no rights. There is also no right to mountain bike. That was settled in federal court in 1996.