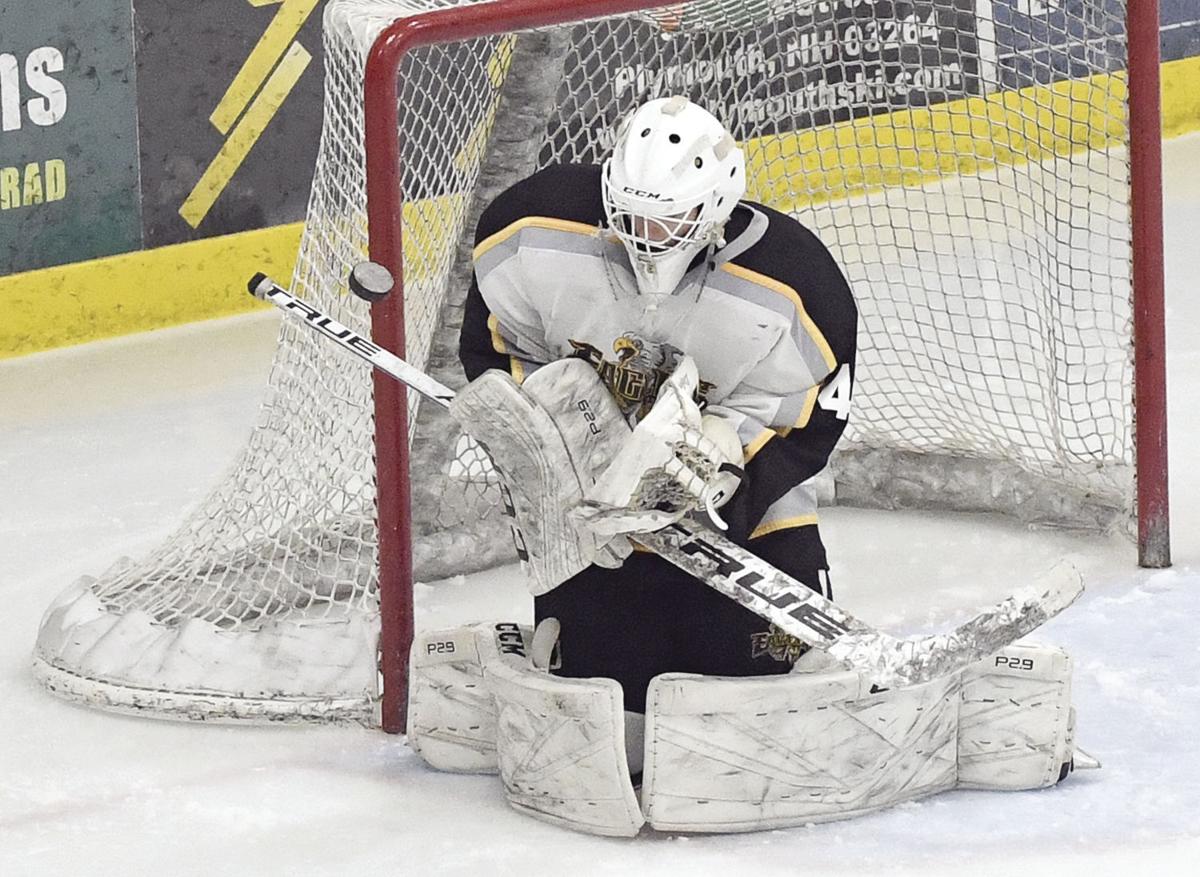 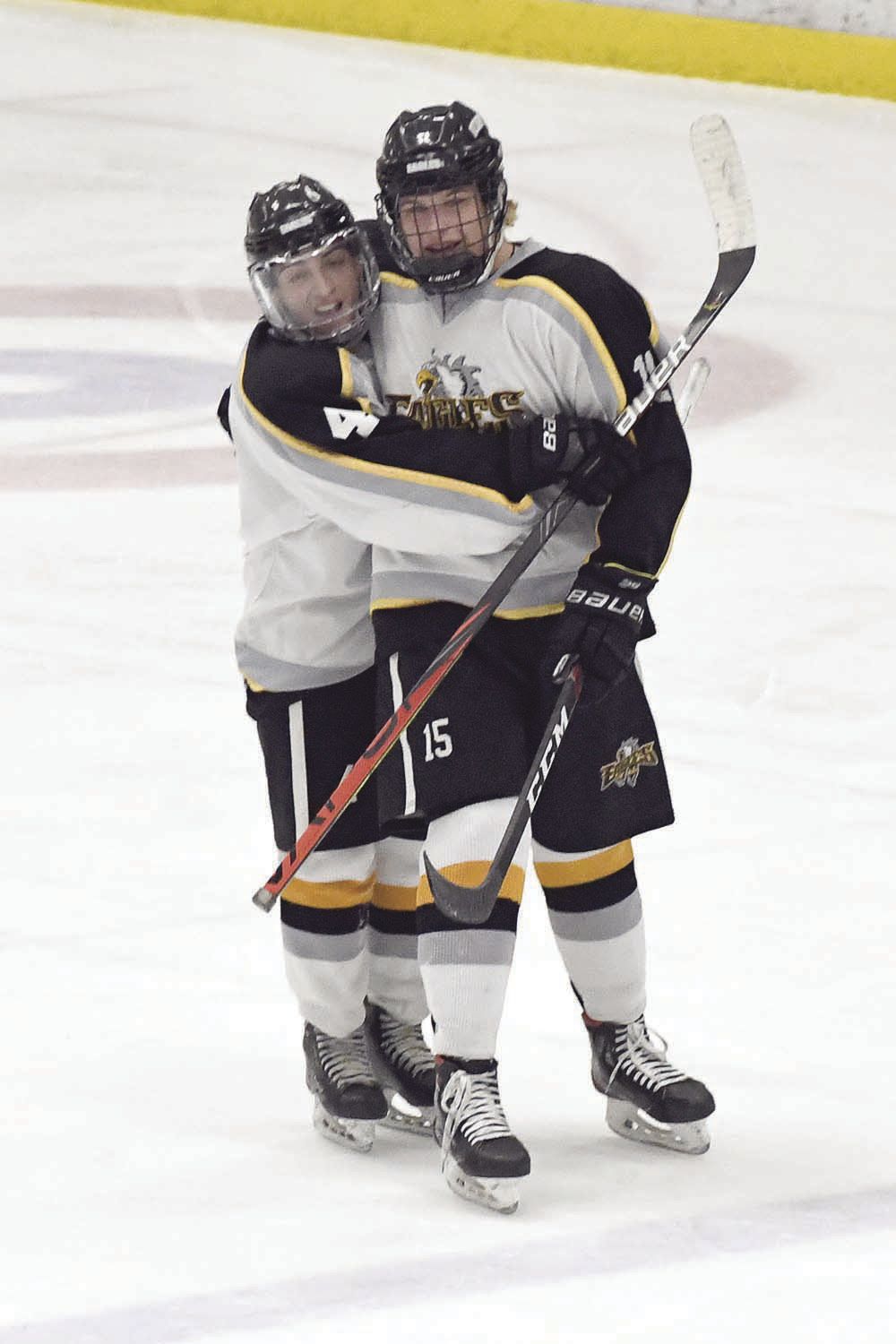 CONWAY — Three members of the Kennett High ice hockey — seniors Connor Tofflemoyer and Miles Woodbury along with junior Bryson Wrobleski — have been named to the Division III All-State Second Team. The trio helped the Eagles reach the state finals where they were named co-champions along with Berlin on Monday.

“It’s the first time on All-State for all three of them,” said Michael Lane, Eagles’ head coach. “I’m happy for Connor, Miles and Bryson, they’re all very deserving of the honor.

Woodbury, a forward, was sixth in Division III in scoring in the regular season with 31 points. He added eight points in two playoff games with an assist and the game-winning goal in overtime to upset No. 3 seed Hollis-Brookline 4-3 on March 7, and then lit the lamp four times and added two assists in a fantastic six-point effort in Kennett’s 8-0 victory over ConVal-Conant in the semifinals at Plymouth State University on March 11.

“Miles had a huge semifinal game,” Lane said, “Plus, he scored two game-winning overtime goals against Hollis-Brookline in the regular season and the tournament. He was playing arguably his best hockey at the end of the season. He certainly had a real solid year for us. I’m happy to see him recognized.”

Tofflemoyer, a defenseman, was third on the Eagles in points with 20 with 11 goals and nine assists. He tallied three game-winning goals this winter for KHS, including the winner against Belmont-Gilford in January. Tofflemoyer also shined in the postseason with a pair of goals in Hollis-Brookline win, scoring the team’s first two to erase a 2-0 deficit, and also had a goal in the Frozen Four win over ConVal-Conant.

“Connor had a real solid year,” Lane said. “I’m not sure he was ever 100 percent healthy but he played through some tough injuries including a shoulder that bothered him. He had a great career for us. He’ll be missed on the ice and in the locker room.”

Wrobleski led the division in minutes played in goal. He played every minute of every game this winter for the Eagles in the regular season along with 95 minutes in the playoffs, bringing his total time between the pipes to 927 minutes.

He saw a lot of rubber this season with 563 shots on net, turning in a sensation 90 percent save percentage, including posting a shutout in the playoff win over ConVal-Conant, stopping all 12 shots the Griffins sent his way.

“We put a lot on Bryson’s shoulders and he came through for us,” Lane said. “There’s no one I’d rather have in our goal than him. He had an outstanding junior year. I look forward to having him back with us next year. He’s so coachable and is someone I love having on our team.”

The All-State squad was selected by the New Hampshire High School Hockey Coaches Association and for the 10th year, the New Hampshire Legends of Hockey provided certificates for each member of the four divisions.

Rousseau was named Division III Player of the Year.

Chris Turner of ConVal-Conant was selected as the Division III Coach of the Year.