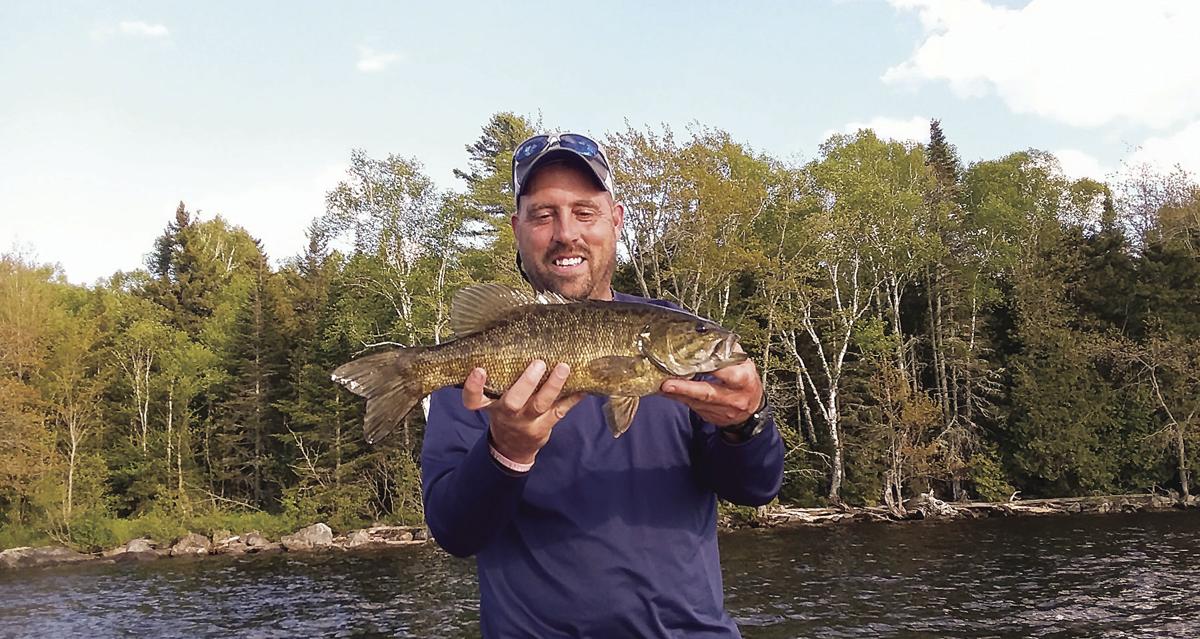 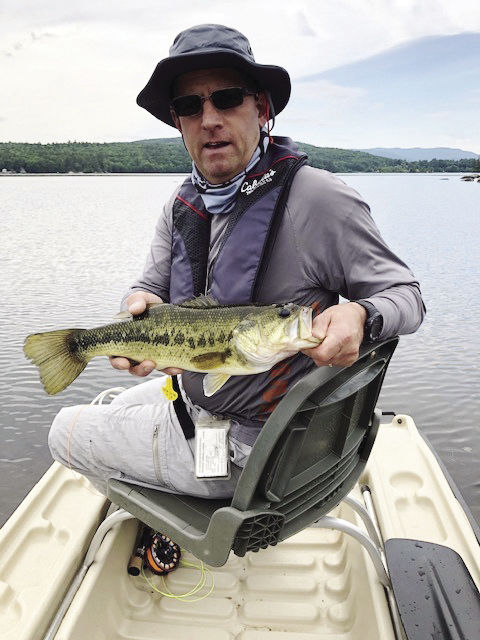 Now that we are past the middle of June, the bass in most lakes have moved off their beds and are favoring deeper water during the day. Trout fishing is going strong throughout the state. Stocking has peaked in the central and northern counties and cool temperatures have kept the trout active in southern areas.

As always, check the stocking report to see where we've stocked trout the previous week. Don't forget to send me your reports by dropping me a line at scott.decker@wildlife.nh.gov. Our next report goes out on or around July 8.

In the North Country, biologist Andy Schafermeyer reports bass fishing in the region has been awesome lately. Water temperatures jumped 10 degrees in one week; largemouth and smallmouth seem to have left their beds and have kicked their feeding into high gear.

Andy caught a bunch on Comerford Reservoir near Monroe over the weekend and really got into them on Umbagog Lake a day later. The fish were not overly fussy and were caught on soft plastics, spinner baits and topwater lures. He expects this to be just the beginning of several great months of bass fishing. Andy says they have been stocking a lot of trout in the region, and that the delays to their schedule have finally been made up for. Water levels are perfect, and temperatures are still cool so the trout fishing should be good.

Steve at North Country Anglers in North Conway says the brook fishing has picked up in the Mount Washington Valley. Nice days on the water fishing soft hackle flies with barbless hooks have led to many fine brook trout on the line. Check out a topographic map and choose a stream along the Kancamagus Highway (Route 112) to go and explore.

The Saco River is heating up with many fine hatches of Red Quills and Mirus (Gray Drake) mayflies taking place nightly which will lead to productive days on the river. In the warm water lakes and ponds, bass are leaving their beds and are hungry. Try Conway Lake for fast action on bass weighing up to four pounds.

In the Central and Lakes Regions, now is the time to get out and fish for trout in the ponds and streams in the area, especially on the southern edge of the White Mountains. Streams are at fishable flows now with temperatures in the low 60s which is good for actively-feeding trout and insect hatches. Streams like the Bearcamp River and its many tributaries are a good area to try. The upper Pemigewasset River and tribs like the Mad River, Smith River and the Baker River are producing fish.

Trout ponds in the region are fully stocked and should be providing anglers some good action. Give Echo Lake and Profile Lake in Franconia Notch a shot as well as Russell Pond in Woodstock. At Russell Pond, a White Mountain National Forest campground provides overnight accommodations so you can hit that early morning or evening hatch. Fly anglers may start to see the large Hexagenia mayflies starting to come off some of these ponds, so be prepared with some big mayfly imitations.

Smallmouth and largemouth bass in the region are coming off their beds and are providing some good early-morning action on surface plugs or fly rod poppers. Salmon and lake trout are heading to their summer haunts as the thermocline begins to set up in the large lakes.

In the Upper Valley area, reporter Scott Biron says the fishing has picked up significantly despite the rainy weather. The bass are moving off their beds, and he’s seeing a lot of ponds with hungry warm water fish. McDaniel’s Marsh in Springfield was producing fish, and Scott ran into two young boys who were very excited to show him a 3.5-pound largemouth bass they got out of Eastman Lake. He saw a few people fishing at Day Pond on Route 114 in Warner, and their rods were bending so they were having some success.

The Sugar River was recently stocked and has been fishing well. Fly anglers will enjoy both morning and evening hatches. Anglers on the Warner River are having success as well. The trout ponds are still producing. The Connecticut River near the Ashley Ferry boat launch in Claremont has some nice weedy areas where folks are catching sizable pickerel.

Over at Hopkins Pond in Andover, fish are being taken daily on both bait and flies. Some of the smaller ponds are still fishing well but have slowed; one needs to be more creative with the flies used or the type of bait.

The bigger lakes have warmed near the surface and the coldwater fish have headed deeper. Downriggers are a must. Scott noted he always finds that there is a small pause between topwater trolling and late June because the thermocline begins to set up in the deeper lakes.

In Southwestern New Hampshire, Randy at Morse Sporting Goods in Hillsboro told me about great results coming from the Contoocook River over the last two weeks. He has seen some nice browns being caught in the slower water sections.

Fly fisherman are doing well in the trophy section of the river in Henniker. Water levels are good and temperatures are ideal for stream trout fishing. Some flies to try would be size 10-16 Adams, Caddis, and Cahills for dries and size 8-18 for wet flies/nymphs such as Montana nymphs, Hare’s Ear and Zug Bugs. For streamers, old standbys like Woolly Buggers and Muddlers in size 6-10 will take many fish.

In Southeastern New Hampshire and the Merrimack Valley, Mike at Wildlife Sport Outfitters in Manchester told me most bass have left their beds for deeper water in the region. He’s had some reports of successful trout anglers in the Souhegan River as well as the Piscataquog River. The stocked trout appear to be holding up as water flows and temperatures have been providing ideal conditions.

I’ve also heard that some monster carp have been caught in the Merrimack River recently. Canned corn or dough balls are good baits to use for these large members of the minnow family. Carp can be found anywhere in the river from Concord all the way south to the Massachusetts border.

On the Seacoast, biologist Becky Heuss mentioned that more people were out fishing lately and that some larger striped bass were starting to show up in the Piscataqua River.

Jason over at Sud’s and Soda in Greenland confirmed this observation as fish in the 20-30 inch range were being caught. Live eels fished at night were working well, especially off Odiorne Point and farther up the Piscataqua near Bloody Point in Newington.

Mackerel are starting to bite, and were being caught near the Memorial Bridge and also the Route 103 Bridge in Kittery, Maine. Flounder in Rye Harbor are moving away from the shoreline rocks and you will have better luck catching them from a small boat or kayak. There have been a few sightings of squid in the Pepperell Cove and Newcastle areas.

• Read the latest fascinating articles about fishing in New Hampshire from some of the best writers in the field — subscribe to NH Wildlife Journal.

Scott Decker is a 33-year veteran of New Hampshire Fish and Game and has served as the Inland Fisheries Division program supervisor for the last 15 years.