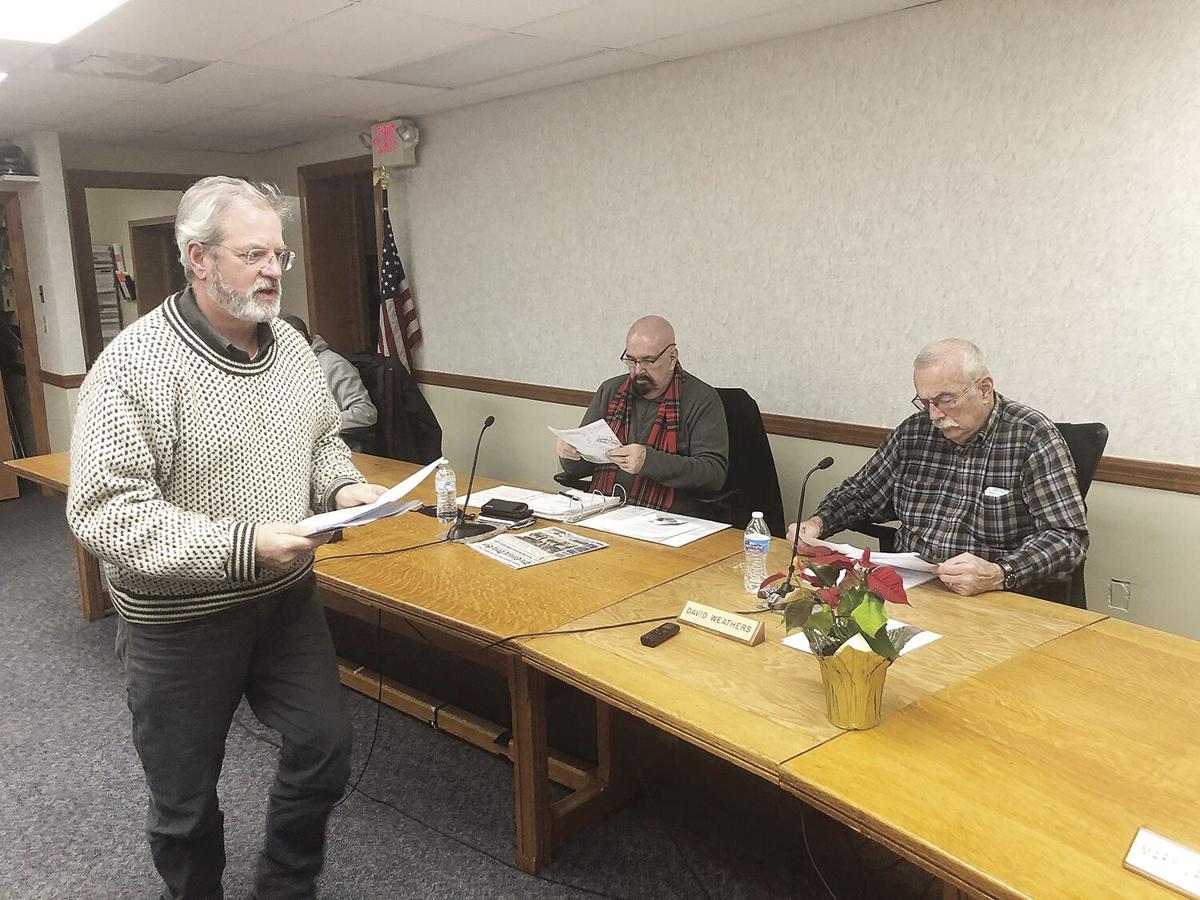 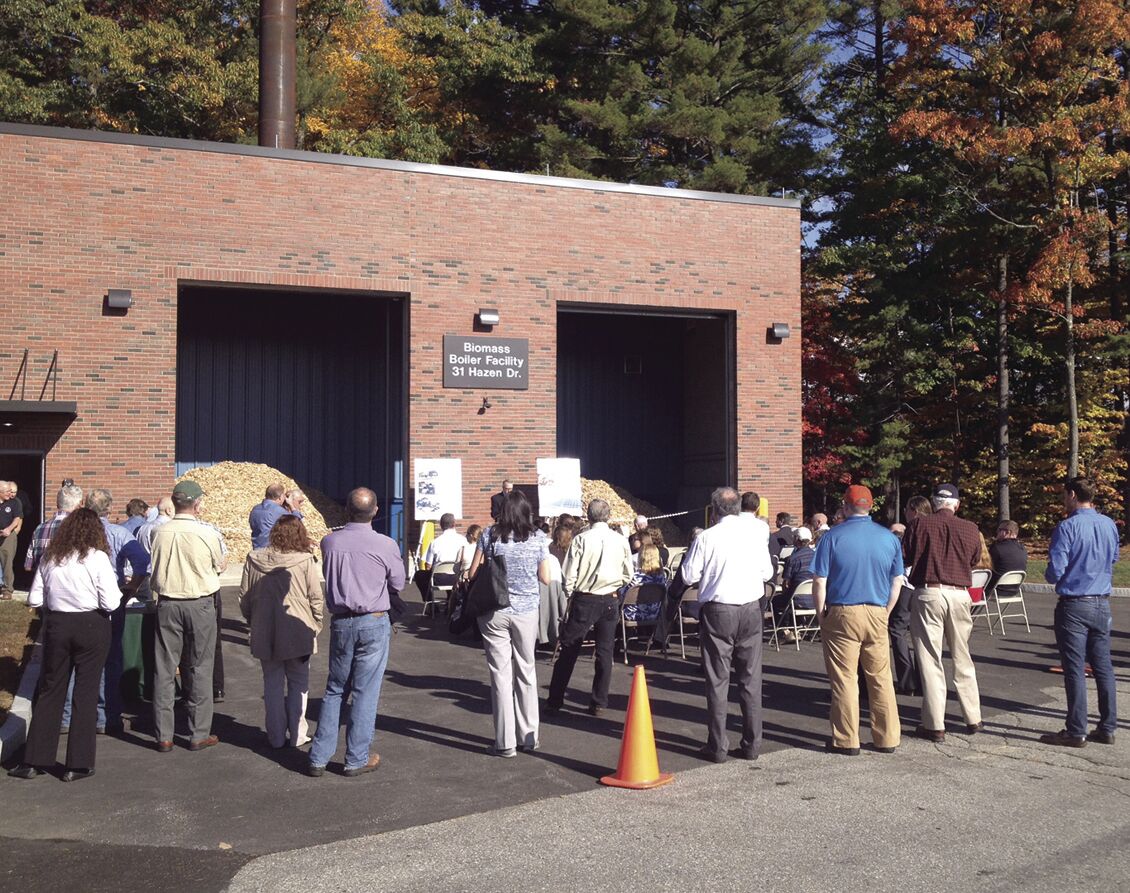 The dedication of the state Department of Health & Human Services Wood Chip District Heating Plant in Concord is seen on Oct. 19, 2016. A similar plant is proposed in Redstone. (COURTESY PHOTO)

The dedication of the state Department of Health & Human Services Wood Chip District Heating Plant in Concord is seen on Oct. 19, 2016. A similar plant is proposed in Redstone. (COURTESY PHOTO)

CONWAY — Selectmen on Tuesday gave general conditional support to a consultant to apply for two grants for a proposed wood chip-powered energy plant to supply the needs of the planned Ridgeline Retirement Community and mixed commercial development project in Redstone.

Selectmen took that vote in support of the two grant requests with the condition that the project still needs to come before the planning board later this year.

The board took the vote due to pending deadlines for two grant applications this week. Requesting a general letter of support for the grants and project was Charles Niebling. A longtime forester and past director of the New Hampshire Timberland Owners Association, heis now a self-employed wood products energy consultant to Continuum, the company developing the Ridgeline project.

Town Engineer Paul DegliAngeli noted he and Town Planner Jamel Torres had been set to tour a similar wood-fired heating plant at the Holderness School near Plymouth with Niebling but that visit was pushed back to Jan. 20.

DegliAngeli also raised questions about the proposed smokestack, possible impacts on air quality and what impacts air pressure would have on the filtering process. Those questions were answered by Niebling, but DegliAngeli restated that until town staff can adequately address those concerns, he could not give blanket approval.

After selectmen took their vote, Niebling requested a letter from the board expressing support so he could proceed with the grant requests.

Niebling said the plant — including the boiler plant, distribution and building heat exchange — would cost about $5 million and said he was applying on behalf of Continuum for the two grants totallng $1.375 million toward that $5 million plus capital costs.

He touted energy savings and other benefits.

“First, it is a renewable energy resource. Secondly, it will involve some very advanced technology featuring flue gas condensation and absorption chilling, making it a very attractive demonstration project. It will greatly reduce the operating costs of the owners of the (Ridgeline) community once it's built. And it will provide a market for low-grade wood in the region to the tune of 3,000-3,500 tons a year,” said Niebling.

Niebling touted the benefits to the local wood industry and said that is one reason why it is so favored by the U.S. Forest Service.

“That market is very important to private landowners as well as to the U.S. Forest Service which is one of the reasons we think they're going to be really interested in this project in proximity to the to the National Forest,” said Niebling.

He said it would burn clean wood chips. He said Madison Pine Mil in Madison has expressed an interest in contributing supply and noted that operation has had a tough go of it in recent years, unloading supply after the pulp mill explosion in Jay, Maine of April 2020 (NOTE: Corrected from published print version).

Pending town approvals, the project is to be built on open land adjacent to Kennett High School off Route 302 and Eagles Way.

Both in the materials he supplied to selectmen and in his remarks, Niebling said that using insulated underground hot water distribution is common in Europe but less so in the United States.

He said in addition to the Holderness School, other examples of facilities using the technology include UMaine Farmington and Colby College in Maine, and Merrimack Valley School in New Hampshire.

“Six larger buildings (at Continuum’s Ridgeline project) have been determined to be well-suited to heat supplied by hydronic distribution from a central heat plant. A single district heat plant replaces the need for multiple propane boiler installations in every building,” said Niebling.

In the handout and to selectmen, he said the plant would employ “state-of-the-art electrostatic precipitation to enable the plant to meet very stringent particulate standards and qualify the renewable energy output for thermal energy certificates.”

Options considered for the plant are flue gas condensation, which boosts overall efficiency; thermal cooling in the summer; and a combined heat and power option that Niebling said would generate renewable electricity. That investment would displace a $1 million-plus capital investment for conventional propane heating and significant HVAC costs for air conditioning.

Niebling said a feasibility study was prepared by Wilson Engineering through the support of the U.S. Department of Agriculture Forest Service Wood Energy and Resource Center.

That study determined that based on the propane alternative to renewable wood chips, and assuming the project can secure the grant funding, the project has a simple payback on investment of approximately 5.3 years.

Potential benefits outlined by Niebling include operating cost savings for the project developer and tenants of the development; retention of fuel dollars in the local economy instead if export of fuel dollars for propane; creation of a significant new market for low-grade wood; support for sustainable forest management on public and private lands, including the White Mountain National Forest; renewable, low-carbon alternative to high-carbon fossil heating fuels; demonstration of state-of-the-art, community scale wood biomass energy district heating.

Selectmen's chair David Weathers thought the proposal was a good one, noting that “whole tree biomass harvesting is the best thing that ever happened to forestry.”

“I see this as a benefit to the public, to forestry and for an alternative energy source. I'm very grateful that you're trying,” Weathers told Niebling, saying he when biomass was introduced in 1988 he thought it was a boon for the industry and was also good for the environment because it used the entire wood product rather than leaving residue on the forest floor after a harvest.

Niebling said: “I am just excited that the project developers saw the opportunity and were persuaded this is a good direction to go.”

In other Redstone news, Town Manager Tom Holmes said the town received a building demolition application for long-closed Brennan's House of Pizza located at 656 Eastman Road that was damaged by fire.

Jackie White of the town planning office said the permit has not been issued because the applicant needs to hire someone to perform asbestos removal.