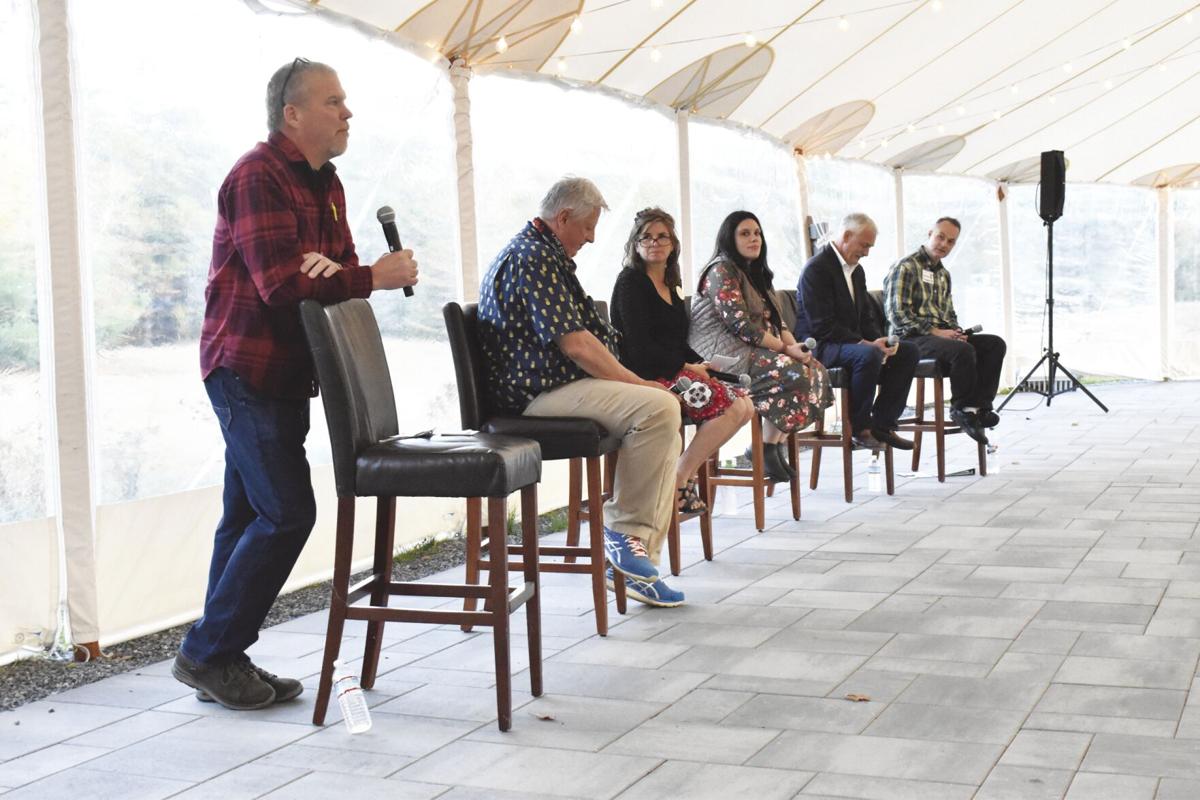 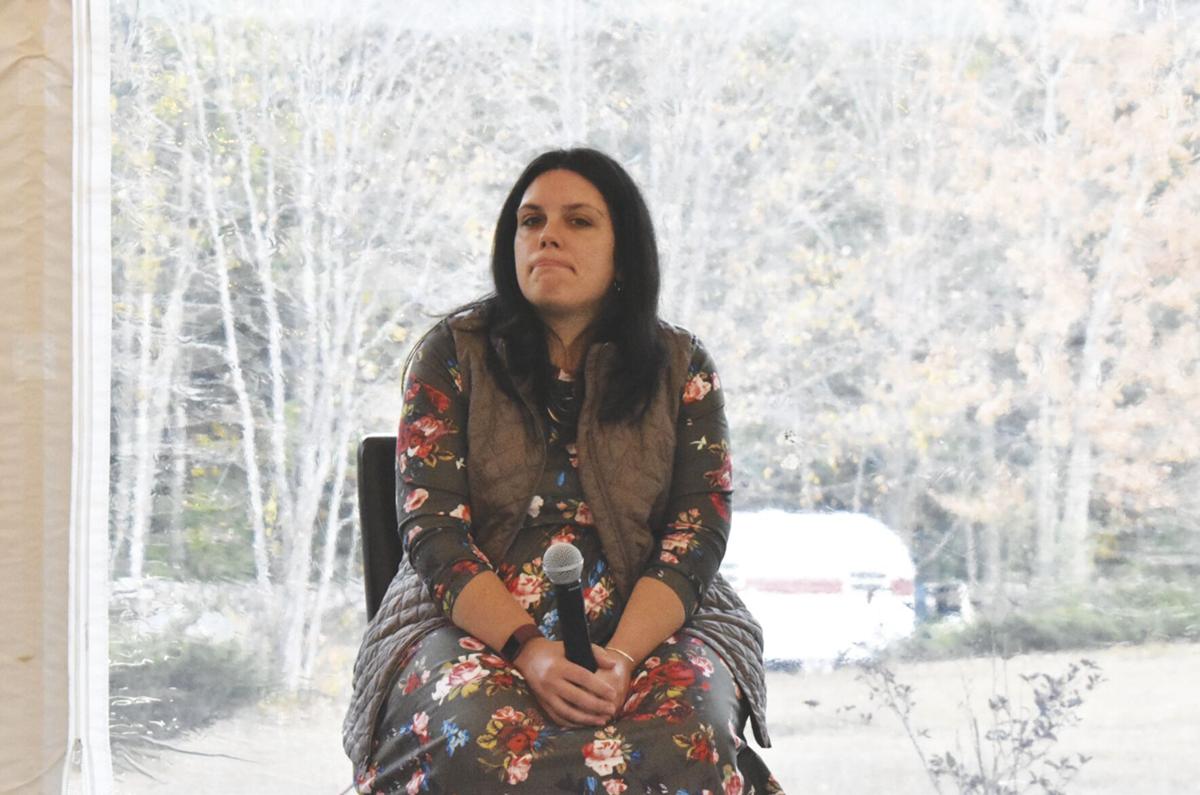 Carroll County Commissioner candidate Kim Tessari sits and listens to other speak during a candidates forum at the Preserve at Chocorua Sept. 30. (DAYMOND STEER PHOTO)

Carroll County Commissioner candidate Kim Tessari sits and listens to other speak during a candidates forum at the Preserve at Chocorua Sept. 30. (DAYMOND STEER PHOTO)

TAMWORTH — Policing, faster internet and government overreach amid COVID-19 were among topics explored by local Republican candidates at the forum they held last Wednesday in a tent at the Preserve at Chocorua.

The town hall, first of three that have been scheduled, drew approximately 30 people. Chairs were placed in clusters that were socially distanced from each other.

Hosting the forums are Republican District 3 state House candidates Mark McConkey of Freedom and Nicole Nordlund of Madison, and Norman Tregenza of Bartlett, who is seeking a District 7 floterial seat.

When former county commissioner Mark Hounsell of Conway rose to ask about law and order, all of the candidates said they supported police. Hounsell then asked: “Do you think that public display of your buttocks (mooning) is a non-criminal act? Is it OK to do that in front of women and children?”

Tessari, who works as a prosecutor for the New Hampshire State Police, said she would have come to a different conclusion than Conway Police but said she was not criticizing them.

“I’ve always felt comfortable prosecuting a charge as a result of that action,” said Tessari.

Tessari told the Sun she would have charged Snyder with harassment.

Meanwhile, Plache, an attorney, quipped, “I was up there that day,” at the Lobster Trap restaurant. “I think he really hit bottom.”

In another segment of the forum, Plache said that Albee’s position on police is “disqualifying.” He said someone asked the Tuftonboro Board of Selectmen, of which Albee is a member, to issue a resolution to support the police, but Albee refused, according to Plache, who quoted Albee as saying he would not “be a part of sustaining the thin blue line.”

Tamworth mom Emily Verney asked about internet issues as well as about government overreach at her sons’ charter school in North Conway.

She said the school says if a child has certain symptoms they must take a COVID-19 test, which she said would be traumatizing. If they don’t, she said they are under a 14-day “home arrest” and the state will investigate the family and put anyone the children came into contact with for the prior two weeks under “house arrest” as well.

“This is the first time that I’ve ever had a government step over this line and come into our personal home,” said Verney.

McConkey said what Verney described was “clearly overreach.” He said his grandchildren both had “sniffles” and had to be tested. “It was a traumatic experience to them,” he said.

Nordlund agreed with McConkey that there needs to be more discussion of how parents can support their children’s immune systems.

“I know when I sit in my (Madison) budget committee meeting, the next time the school board liaison is sitting next to me, I will have a lot of questions to ask,” said Nordlund. “What is our end game? Are we shutting down for every sniffle? Because I know I wouldn’t submit my child to that to that test — I just wouldn’t.”

“I support Carroll County Broadband, so I hope you’ll vote for me,” said Tregenza of a committee that is seeking to improve internet access locally. “But it really is very important, you know, good quality roads and bridges and internet. It’s all very important.”

McConkey explained that in the past he supported legislation that allowed towns to cooperate on getting better access to internet.

Plache, who sits on Carroll County Broadband, described some of the challenges the area would face and said some required a legislative fix.

Tregenza made it clear that he would like to challenge McAleer. “So masks on, masks off, mountaintop, King Pine, anywhere, I’ll debate them, even if it’s on Nov. 2,” said Tregenza, referencing the fact that Democratic candidates were uncomfortable with a debate format that had them facing off inside a closed tent with no mask requirement.

"Law and Order" - translation, don't allow the blacks to protest. Republicans are the worst human beings on the planet.