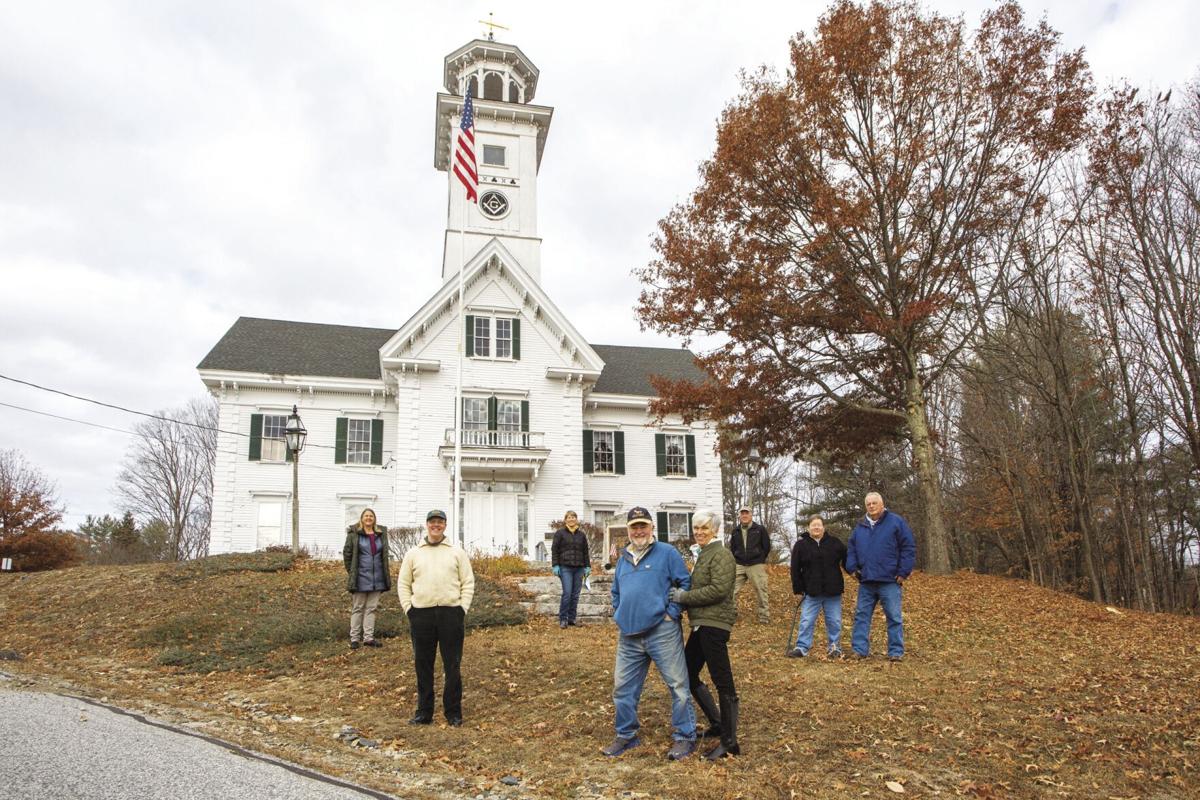 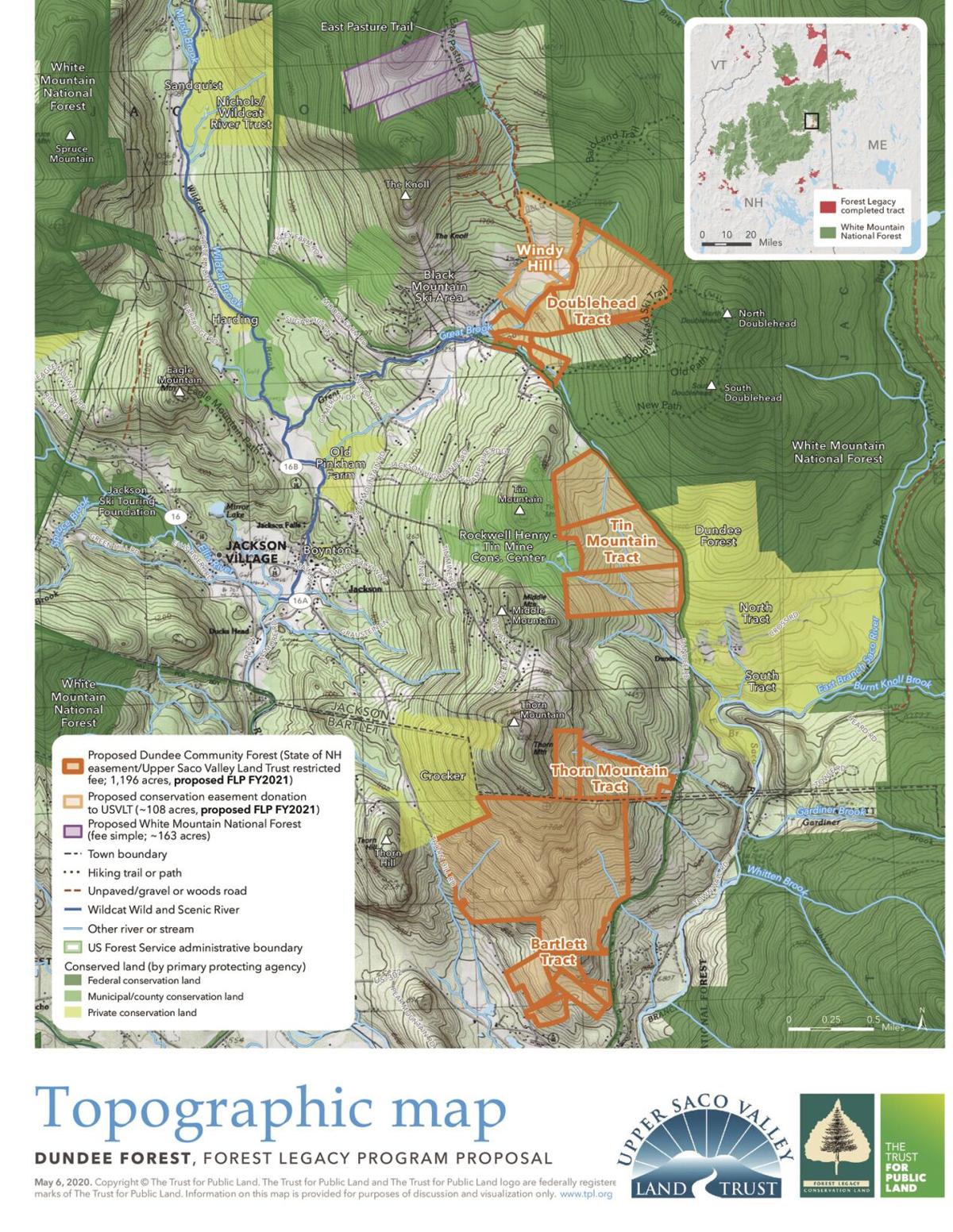 JACKSON — An LCHIP (Land and Community Heritage Investment Program) grant totaling $500,000 to aid in the purchase of a community forest off Dundee Road in Jackson and Bartlett, and one for $165,000 to go toward renovating a historic building in Effingham were among $4.1 million in grants awarded to 32 projects across the state, it was announced Thursday.

LCHIP is an independent state authority created by the N.H. Legislature in 2000 with a mandate to ensure the perpetual contribution of natural, cultural and historic resources to the economy, environment and quality of life in the Granite State.

Recipients are required to raise at least one dollar for each dollar provided by LCHIP. This year’s awards of $4.1 million will be matched by nearly $18 million that the project proponents will raise from other public and private sources, infusing a total of over $22 million into the state’s economy in direct project activity.

The tracts are contiguous to the White Mountain National Forest that are being sold by the family of the late William “Mack” Beal Jr., who amassed the property over four decades. Beal, 90, of Jackson, died Aug. 26, 2014. He was one of the original founders of Wildcat Ski Area in 1957.

The property “consists of woodlots, but there has been very little active forestry on the property so it really has been frozen in time in ways that other tracts of land are not,” said Abbott.

He and King, Horn and Francher touted the land’s potential as a community resource, citing such uses as backcountry and cross-country skiing, hiking, mountain biking and sustainable timber harvesting as some likely uses. Hunting will continue as it has in the past.

King said: “We will be looking for input from the community on what they would like to see.”

Abbott said that the conservation boards of both towns last year wrote letters of support for the effort. He said USVLT has been working with the Trust for Public Lands and the state for the past two years.

Horn said the state’s Division of Forestry and Lands will hold a conservation easement on the property and a portion will be funded by the U.S. Forest Service’s Forest Legacy program.

He and Francher said a $2.3 million grant is pending in the next congressional budget.

Francher said: “This particular project was marked very highly by a national panel — we anticipate that if and when the federal budget gets passed this project will have federal Forest Legacy funds associated with it so it is very exciting, as it takes a lot of partners so we appreciate the role LCHIP and the Forest Legacy program plays as well as rural private funds.”

In other LCHIP news, the effort to renovate Effingham’s 162-year-old historic town hall/public library got a big boost Thursday when it was announced that project had been awarded $165,000.

“This grant is a pretty big deal for our little town of Effingham,” said Chuck Fuller, a selectman and lead project sponsor.

The work will be completed in phases.

Phase One is an estimated project amount of $355,000, Fuller said. It will include providing handicap accessibility to the first and second floors.

“On behalf of the Town of Effingham and historic-minded preservationists everywhere, we thank LCHIP for its investment in the preservation of the Historic Town Hall.” said Fuller. “This will help preserve a significant piece of local history, improve building access and community meeting space, in a more energy-efficient building.”

The project was launched by concerned citizens, he said. “Someone wanted to tear out the windows and replace them with vinyl. That got us going,” said Fuller.

The group hopes to renovate the structure in time for the town’s planned 250th celebration in 2028.

The iconic building was constructed in 1858 to house the New England Masonic Charitable Institute building with its six-story bell tower and cupola. The building was placed on the National Registry of Historic Places in October 2019.

The Effingham Public Library was founded in 1893 in a room on the first floor of the building, alongside town offices. The offices were moved to a new town hall in 2004, allowing the library to use the entire first floor.

Fuller said that one of the unique characteristics to be restored is the large proscenium behind the library circulation desk, where there was a single step stage.

Other work in this phase includes rehabilitation of the 6-foot tall windows and replacement of historically accurate shutters, as well as insulation, electrical and HVAC system upgrades.

For more information, go to historiceffingham.org.