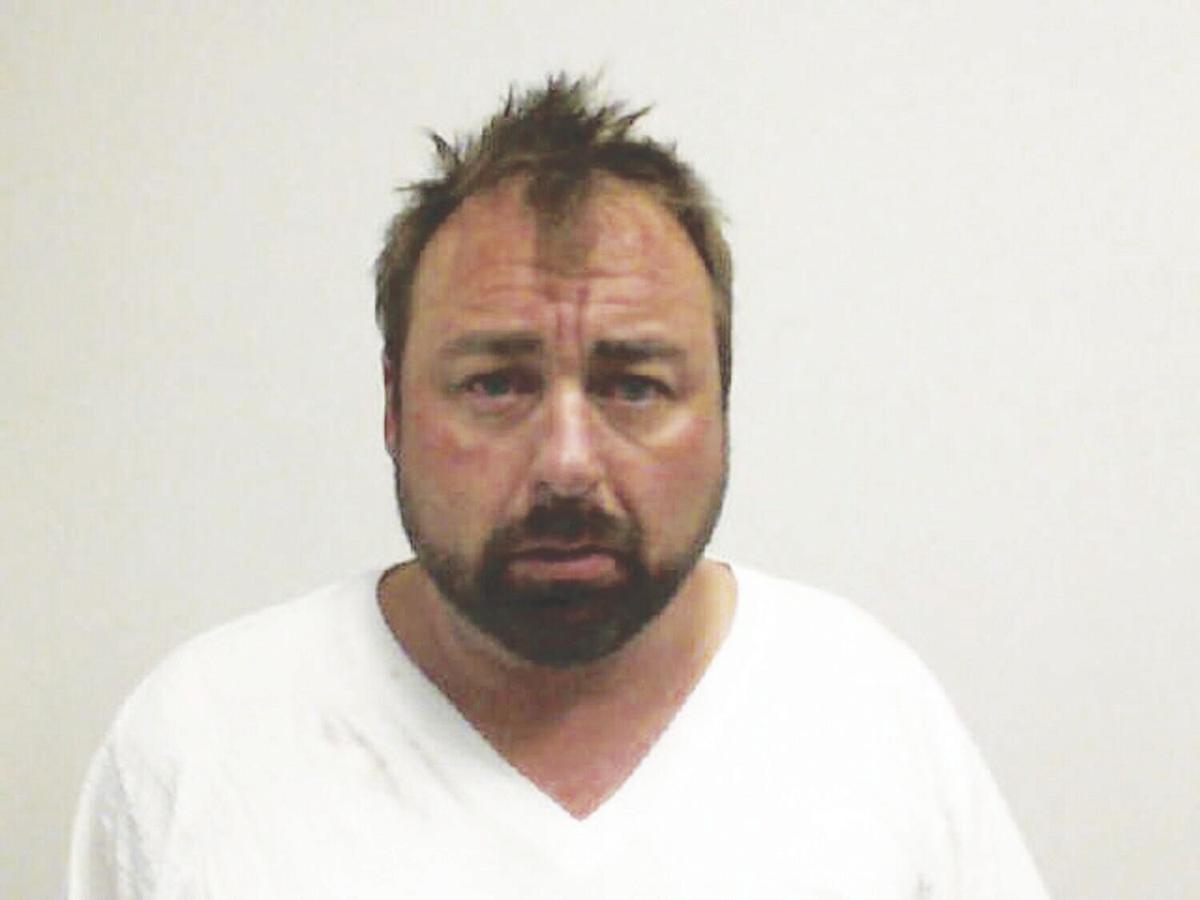 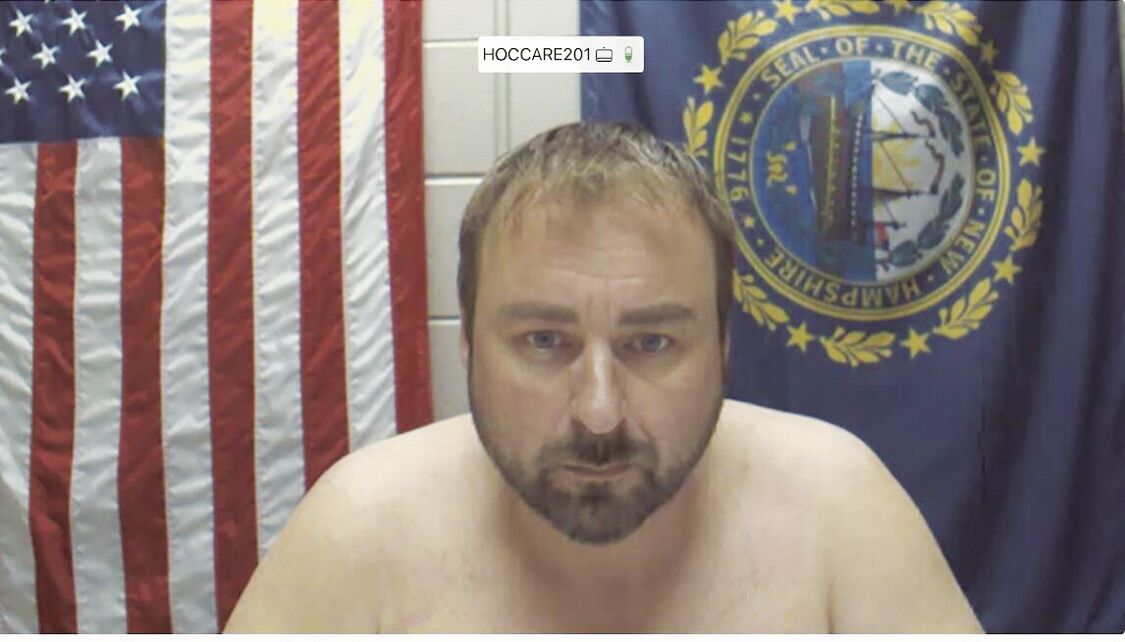 CONWAY — An East Baldwin, Maine, woman was killed last Saturday evening when she was the passenger of a motorcycle that crashed into trees on Hurricane Mountain Road. The motorcycle operator now faces charges, including negligent homicide and aggravated driving while intoxicated.

In a statement issued Tuesday, Police Chief Chris Mattei said that at 7:26 p.m., Conway police officers and North Conway Fire and Rescue and Brewster Ambulance responded to Hurricane Mountain Road for a report of a motorcycle crash approximately half a mile up from the gate on the Chatham side of the mountain.

Upon arrival, responders located an unresponsive woman lying next to the motorcycle.

She was later identified as Jessica Frost, 23, of East Baldwin, Maine.

Despite first responders performing CPR, Frost was pronounced dead at the scene.

White was arraigned on Tuesday afternoon at the Carroll County Superior Court. Judge Amy Ignatius entered not guilty pleas to charges of aggravated driving while intoxicated (Felony B) and negligent homicide on his behalf.

The prosecutor was Assistant Carroll County Keith Blair. The defense attorney was William Trafidlo of the Law Office of William Trafidlo, with offices in New Hampshire, Maine and Massachusetts.

Ignatius ordered White held on preventative detention pending an evaluation at Huggins Hospital in Wolfeboro. Bail would convert to personal recognizance if he is admitted to the New Hampshire State Hospital or if the the doctor who does the evaluation finds he is not admissible to the hospital.

A portion of Hurricane Mountain Road was closed for approximately three hours Saturday night in order to allow the Conway Police Department Accident Reconstruction Team to investigate the crash.

“The initial investigation revealed that the motorcycle was traveling eastbound down Hurricane Mountain Road towards Chatham, N.H., when the motorcycle left the roadway and struck a group of trees,” Mattei said.

“White considered Frost to be his best friend, but other riders on scene indicated that White and Frost were boyfriend and girlfriend,” said Wallace, adding he walked White away from Frost and the motorcycle.

“While walking with White, I detected an odor consistent with that of an alcoholic beverage coming from his person. I had to physically assist White during this walk as he was clearly unsteady on his feet,” Wallace said.

Wallace said he had White sit on the front bumper of his cruiser, where White answered Wallace’s questions. Wallace said White had glassy eyes and at one point started banging his head on the bumper and also made statements about taking his own life.

Wallace and patrolman Richard Gaudreau had to restrain White, who was taken to Memorial Hospital for blood draws.

White and Frost were reportedly with a group that was visiting the Mount Washington Valley. Some group members told Wallace and Carroll County Sheriff’s Deputy George Stevens that they had dinner in Jackson while other members dined in North Conway.

Just prior to the crash the group stopped at the top of Hurricane Mountain Road. After that, White and Frost were on the last motorcycle in the group.

“When the group got to the bottom of Hurricane Mountain Road, they discovered that White and Frost were not with them and they turned around and discovered the crash scene,” said Wallace.

The aggravated driving while intoxicated criminal complaint filed by Blair alleges that White drove the motorcycle under the influence of intoxicating liquor and caused a collision that caused Frost to suffer a fractured neck.

The negligent homicide complaint is similar but says that White, while under the influence of intoxicated liquor, drove a motorcycle into a tree on Hurricane Mountain Road and caused Frost’s death.

According to an online obituary, visiting hours for Frost will be 6-8 p.m. Sept. 16 at the Poitras, Neal & York Funeral Home, 71 Maple St., in Cornish. Burial will be at the New West Baldwin Cemetery.

Hurricane Mountain Road, which is owned by the state, stretches east from the Intervale Scenic Vista to Green Hill Road in Chatham. Some portions of the road are in Conway (generally the south side) and some are in Bartlett (the north side).

Several residents at the Aug. 3 selectmen’s meeting said that road is being clogged with hikers’ parked cars now that Bartlett has posted its portion of the road as “No Parking.” Others complained about speeding cars and motorcycles.

Selectmen directed staff to contact the state and ask where the right of way is located and what’s possible in terms of posting “no parking” signs. Town Manager Tom Holmes on Tuesday said staff were still working with the state on signage and stop signs at the corner of Kearsarge and Hurricane Mountain Roads and a traffic count at that intersection.

There was also a serious motorcycle crash in Ossipee on Monday, according to Ossipee Police.

At 4:46 p.m., the Ossipee Police Department along with the Center Ossipee Fire Department and Action Ambulance responded to the area of 80 Route 16 B, Center Ossipee for the report of a single vehicle motorcycle accident. The driver was identified as Kirk Taylor, 49, of Barrington. Taylor suffered major injuries to his head, body and was life-flighted by DART. Taylor was not wearing a helmet.

“The accident is still under investigation but it is believed that unreasonable speed is the contributing factor for the accident,” said Detective Sgt. Sean Mask. “The Ossipee Police Department would like to thank the first responders for their quick response undoubtedly saving this man’s life. The Ossipee Police Department urges all drivers use caution and obey the speed limits and laws of the road.”