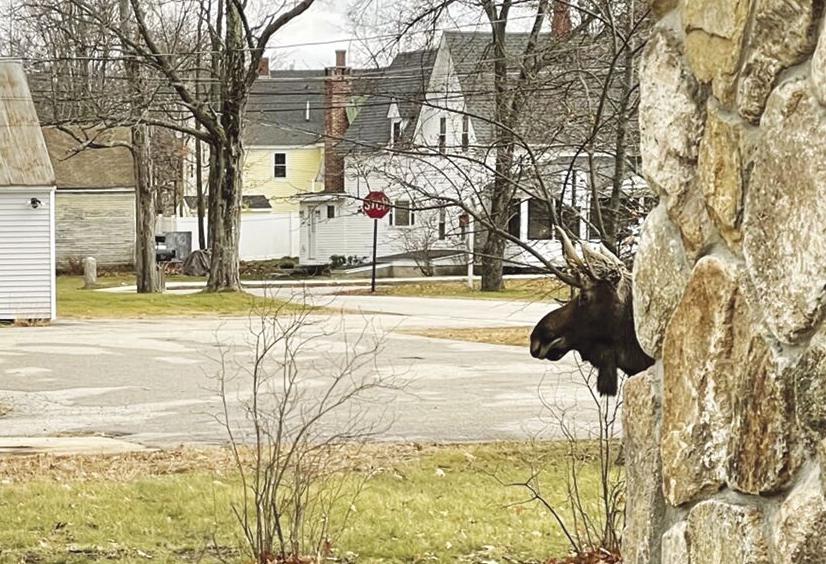 Kevin Arnold snapped this photograph of a young bull moose peeking around the side of Arnold's house on Swett Street in North Conway on Monday afternoon. (COURTESY PHIOTO) 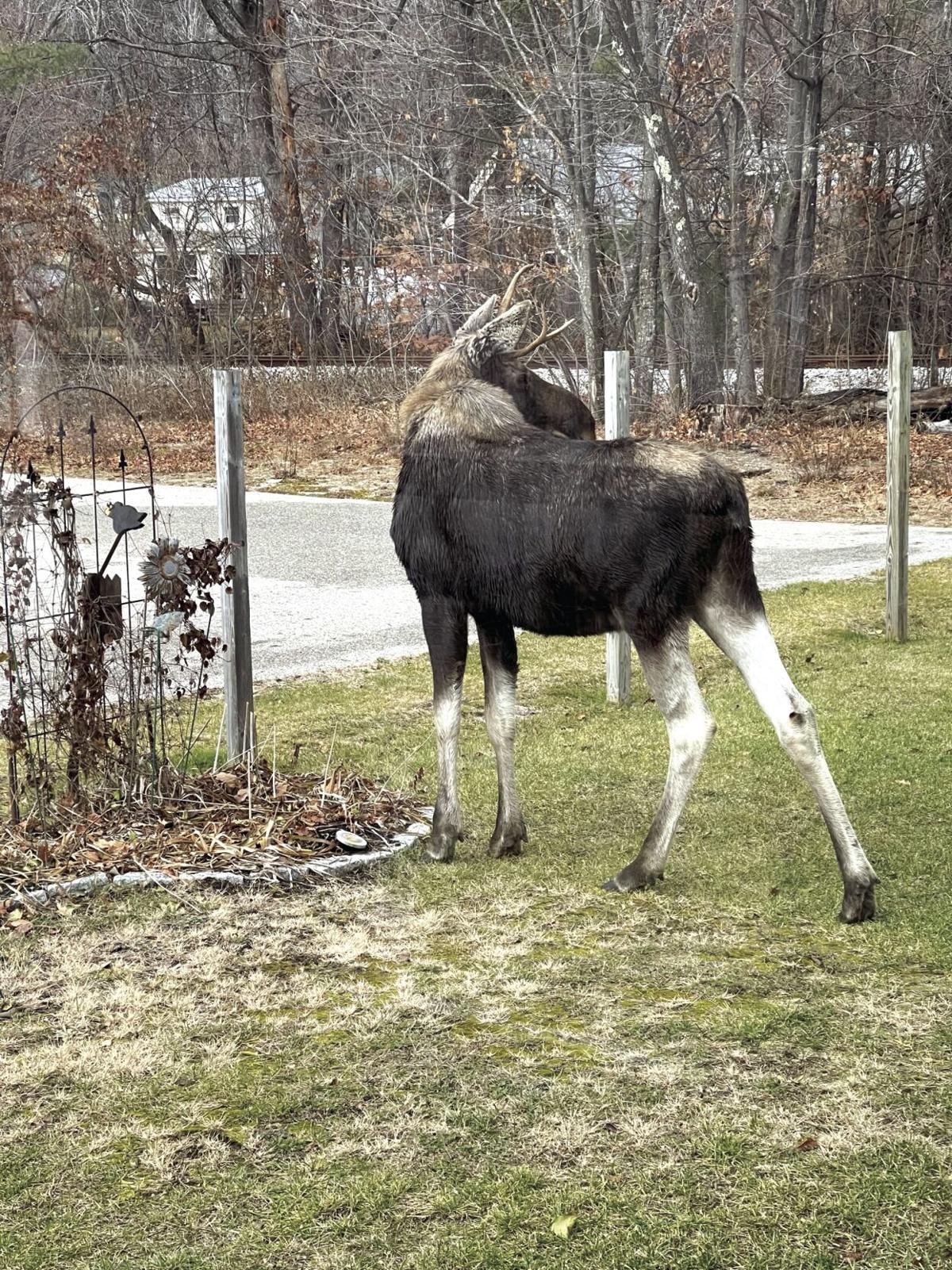 Kevin Arnold snapped this photograph of a young bull moose peeking around the side of Arnold's house on Swett Street in North Conway on Monday afternoon. (COURTESY PHIOTO)

CONWAY — A North Conway resident was treated to the sight of a moose on the loose on Monday afternoon.

“I was sitting at the kitchen table when I looked up and saw the head of a young moose sticking out from the side of the house — and that’s definitely not something that I’m used to,” said Kevin Arnold, 60, of Swett Street.

“When you see something like that, you kind of go, ‘That’s odd: that looks like the head of a moose.’ I looked and saw that it was attached to the rest of the moose,” said Arnold, adding, “It sauntered through the rest of our backyard and ate some of my neighbor’s bushes, nibbling on the leaves, and then he took off into Whitaker Woods.”

Arnold said it looked like it was a year or two old, “a young buck with a rack.”

He noted that the animal “seemed very comfortable walking in the village. I thought it was great to see — I’ve seen two or three before in my life, including one that I saw waiting to cross Route 302 after I had skied at Bretton Woods and was headed home — but I have never seen one right here in the village,” said Arnold, a carpenter who is married to Jeannie Cafarelli of Mount Washington Radio Group.

Arnold — who is working hard to rehabilitate his body after fracturing several vertebrae in a mountain bike accident riding at Mount Cranmore two summers ago — said he was thrilled with the Bullwinkle visit.

“It just proves you don’t have to take a tour out across the Kanc  to see one here in the White Mountains,” he laughed.

He posted his photos on Facebook, as did fellow resident Doug Gibson.

Gibson, who lives nearby on Oak Street, said, “He definitely seemed very at home and relaxed.

“He was a very young moose, with small antlers just starting to grow, and I would say he was less than a year old.”

According to the New Hampshire Department of Fish and Game, hunters harvested 30 moose this past hunting season, which took place over nine days and ended Oct. 24. That represents a 73 percent success rate this year compared to a 75 percent rate last year.

All the hunters were moose lottery permit holders with more than 5,500 people entering the lottery this year.