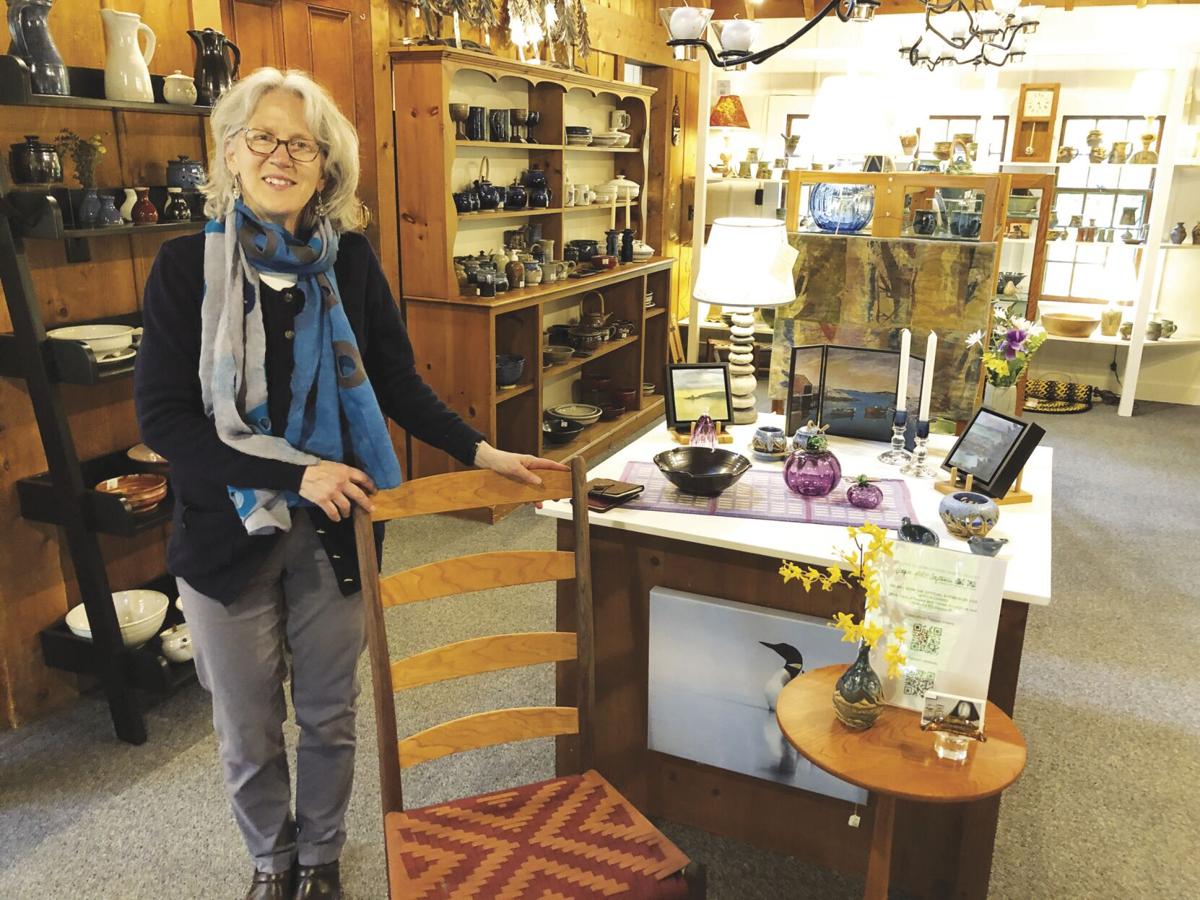 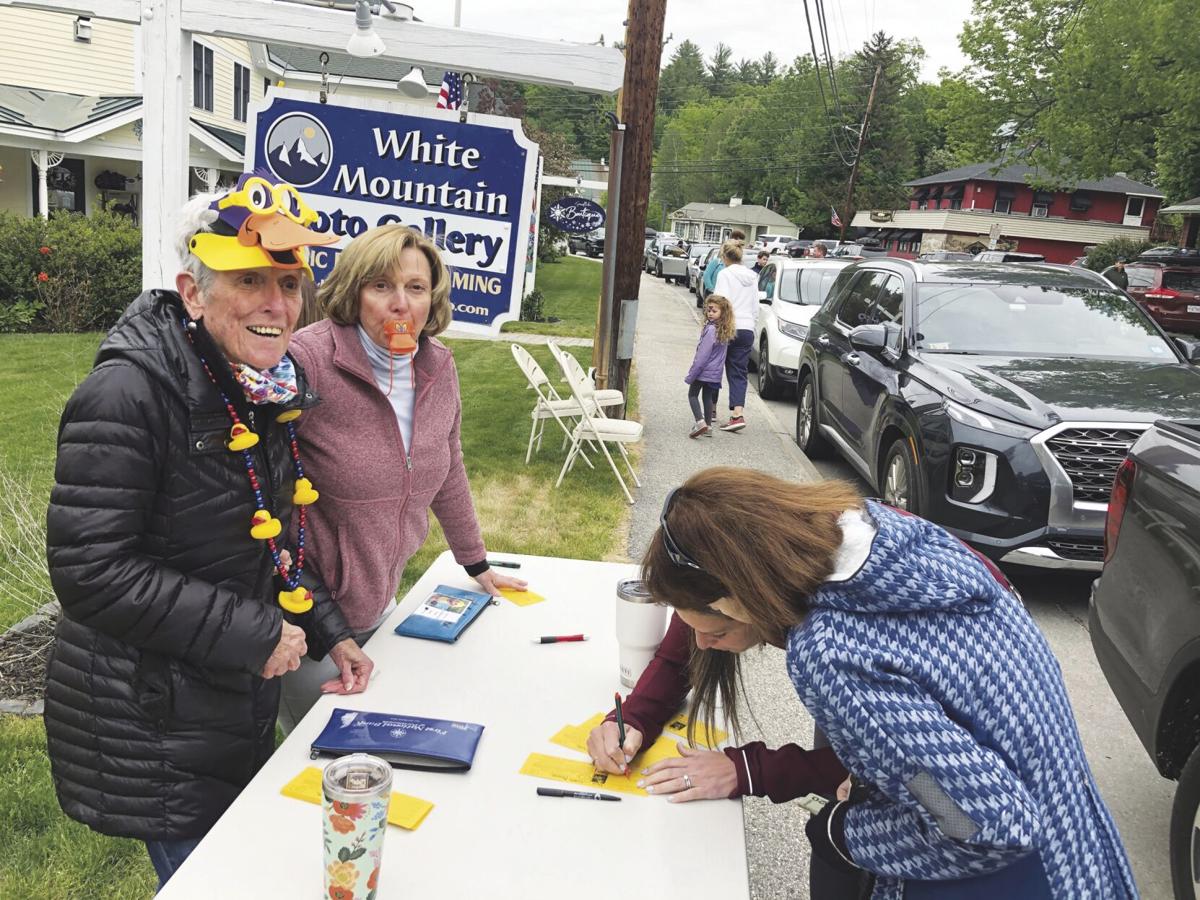 WHEN WAS THE LAST TIME during this pandemic year that you got out of Dodge City, aka North Conway?

It doesn’t take much these days to please this up-till-now closeted writer.

You forget what wanderlust and new horizons do for the soul. At least I did until I made the “big drive” last Saturday to the picture-perfect village of Center Sandwich. I was down that way to do an interview with singer/actor/TV personality John Davidson for this week’s cover story on his new small and cozy music venue, the wittily titled Club Sandwich.

John and his equally moppy-haired Mexican street dog Calle could not have been nicer as I arrived — as you’ll learn by reading the cover story.

After the interview, we went across the street to the newly opened and very funky Foothills Cafe and Curio, located across from the Corner House Inn and serving up breakfast, lunch and dinner, Wednesdays through Sundays.

People greeted John — onetime host of “Hollywood Squares” and other shows — as one of their own.

He and they are part of the Sandwich Renaissance, as they call it, with new antique shops, a new owner at the Corner House, and the Foothills among the businesses that are adding to the League of New Hampshire Craftsmen’s longstanding appeal, dating back to when it became the first of the League’s shops to open in 1932.

While at the cafe, I couldn’t resist having a coffee ice cream, made and delivered by Rancatore’s Ice Cream of Boston — which is really good stuff. “The cafe is a collaborative,” I was told by co-manager Willow Strother, 20, a Sandwich born and bred resident. “Nancy Blaine, the proprietor, works with other business owners, and they make it all happen.”

After my ice cream and coffee, a stroll to the League of New Hampshire Craftsmen Shop was in order, where I met shop manager Martha Nichols, who gave me a tour just before their 5 p.m. closing time. Just like its N.H. League of Craftsment counterpart in North Conway, the shop is chockfull of fantastic items, including some very eye-catching stone “cairn” lamps crafted by Lee Spiller of Effingham, who makes his pieces from natural beach and river stone.

Also delightful was the cane Tappan chairs created by Adam Nudd-Homeyer of Sandwich, continuing a generational tradition for the 1819-locally founded company.

At any rate, it is always good to explore your own back yard, so add Center Sandwich to your list of locales to experience.

AMONG THE HOT EVENTS happening this weekend is a pickleball tournament, being held at the newly refurbished White Mountain Hotel and Resort June 4-6. This is their third tournament there — last year, they had over 80 players, coming from six different states.

Also this weekend, the MWV Bike Club is having its annual bike swap today from 10 a.m.-2 p.m. at Stan & Dan’s.

Meanwhile, the North Conway Rotary Club is joining six other Rotary clubs today to clean up the Kanc, with registration at 9 a.m. at the old Profile Motors parking lot (now MB Tractor and Equipment) and the cleanup from 10 a.m.-2 p.m. For details, go to rotarycleans.org.

THE BLUES RETURNS: George and Terry O’Brien welcome the return of Blues Sundays on June 6, featuring Matt & The Barnburners. An ad in Friday’s paper says the Parka is closed today due to a chef testing positive for COVID but they will reopen Sunday at 4 with music at 5:30 p.m. Masks on the dance floor are requested.

FOOD FIGHT: Lisa Dufault tells us that Valley Promotions is presenting a Valley Food Fight on June 8. Based loosely on the Food Network show “Chopped,” this version will have a fun vintage TV dinner theme, with eight Valley Promotions member organizations in the running to win $1,000 in prize money for their programs. Each has chosen a chef to represent their organization.

Judging will take place, outdoors at Fire by Wicked Fresh next Tuesday at 3 p.m. Pieces are being recorded for airing of the event later in June on Valley Vision, so stay tuned.

HAPPY BIRTHDAYS to one and all Geminis, including a big Happy 100th birthday June 1 to World War II Coast Guard veteran Ralph Pfeiffer of Mineral Springs, who was able to celebrate with family in Jackson, unlike last year when due to the pandemic he could not leave Mineral Springs. However, they tried to compensate on his 99th by bringing him food from the 99 Restaurant (as you may recall). Nora Mulkern Bean and John Peterson say the Shannon Door catered the centennial celebration at his granddaughter Sara Phillips’ home in Jackson. You may know her as the Walgreens North Conway pharmacist.

KUDOS TO Sue and Dave Hausman and staff of “Big Dave’s Bagels and Deli for winning WMUR-TV 9’s “Best Bagel in N.H.” for the third straight year.

NICE TO SEE the Wildquack Duck Race and Music Fest return last weekend in Jackson with a record number of tickets sold, according to Kathleen Flammia of the Jackson Area Resort Association.

SEE YOU at the MWV Arts Association Open House today from 1-3 p.m. at its Main Street Gallery.

And as PBS travel host Rick Steves would say, “Keep on traveling” — even as far as Center Sandwich.