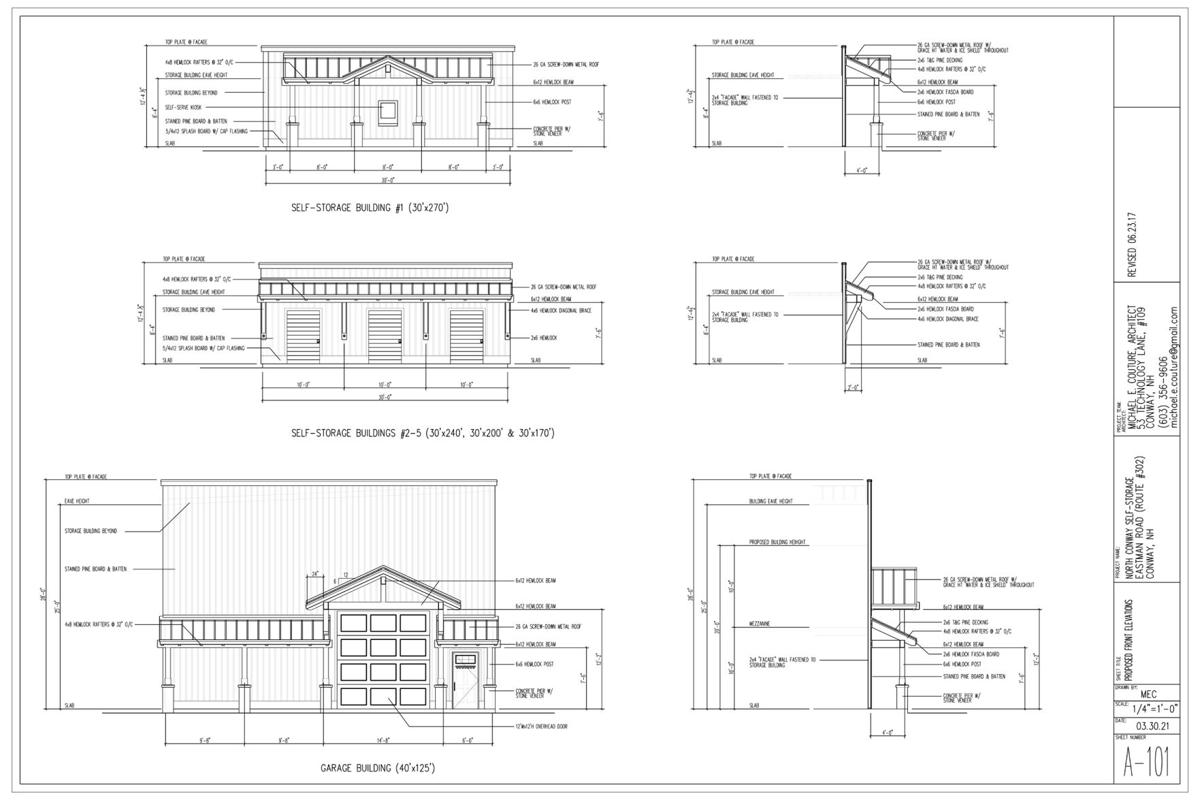 The elevation from the Route 302 side of the approved new self-storage facility just west of Crest Auto World. (COURTESY OF HEB ENGINEERS) 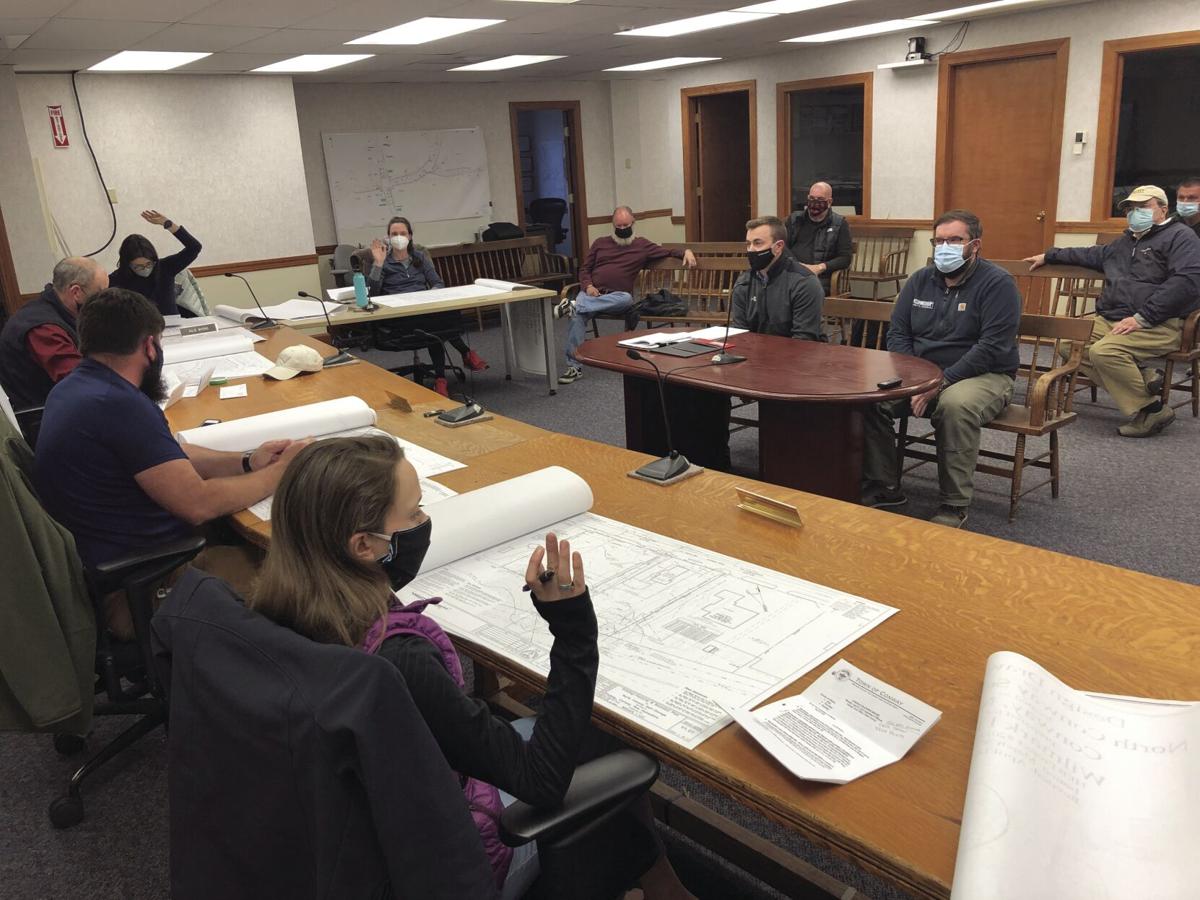 The Conway Planning Board conditionally approved a proposed self-storage facility for a lot next to Crest Auto World at its April 22 meeting. Shown above are project engineer  Dan Lucchetti (left) of HEB Engineers and applicant Chris Weiss. (TOM EASTMAN PHOTO)

The elevation from the Route 302 side of the approved new self-storage facility just west of Crest Auto World. (COURTESY OF HEB ENGINEERS)

The Conway Planning Board conditionally approved a proposed self-storage facility for a lot next to Crest Auto World at its April 22 meeting. Shown above are project engineer  Dan Lucchetti (left) of HEB Engineers and applicant Chris Weiss. (TOM EASTMAN PHOTO)

CONWAY — The Conway Planning Board unanimously voted to give conditional approval to a proposal by the owner of Crest Auto World to build six storage buildings on a parcel next to the dealership at 802 Eastman Road in Redstone.

The owner, Chris Weiss, general manager of Crest, also plans to build a 5,000-square-foot garage for personal use as well as the 34,800 square feet of storage space on the 4-acre lot.

He was joined at the meeting by project engineer Dan Lucchetti of HEB Engineers of North Conway. Chris' father, Bill Weiss of Crest Auto World, was in the audience.

At the request of abutter Wayne McDonald, the board voted to require a stockade fence serve as a buffer on the northern end of the property to block customers’ headlights from the facility, which is expected to be automated and run 24/7.

Planning Director Tom Irving said the driveway permit as a condition of approval needed to be revised in accordance with Town Engineer Paul DegliAngeli’s review.

Waivers were granted for the number of required street trees. Weiss said he had spent time and money to have the structure designed so that it would be architecturally appealing from the side facing Route 302.

The lot was cleared of shrubs and trees approximately a month ago.

The commercially zoned lot contains an old truck equipment building that will be razed as part of the project, Weiss said.

He said the proposed facility will consist of about 260 self-storage units.

Asked after the meeting when construction would start, Weiss said: “As soon as possible. We need to get our drainage system in there — after that (we will start construction).”

In other business, the board unanimously granted a request from Cranmore Mountain Resort for a concurrent site-plan review and subdivision review for development of Phase III of the multi-year Kearsarge Brook master development plan for the base area.

Becca Deschenes, marketing director for Cranmore Mountain Resort, says the next phase will include Fairbank Lodge, consisting of 15 residential condominiums and new ski facilities for resort guests. The vote was 6-0-1, with new member Erik Corbett abstaining as he is a Cranmore employee.

The board also unanimously moved to continue site-plan review at the applicant’s request for proposed the Tractor Supply project from May 13 to May 27 with the condition that all revised materials be submitted to the town by May 4.

Other members include Bill Barbin, whose three-year term term continues through 2022 and Steve Porter as selectmen’s representative.

In April 13 voting, there were two races for planning board. Incumbents Colbath and Hartmann were challenged for their three-year seats by Corbett and Steven Steiner, who had been serving as an alternate.

Colbath and Corbett won with 870 and 688, respectively. Hartmann, who asked voters to consider putting new blood on the board, received 385 votes.

Phillips, Raymond Shakir (an alternate), and Grant ran for the two-year position created by the resignation of Earl Sires in February.

Grant took the seat with 675 votes, while Phillips came in second with 283 and Shakir came in third with 270.