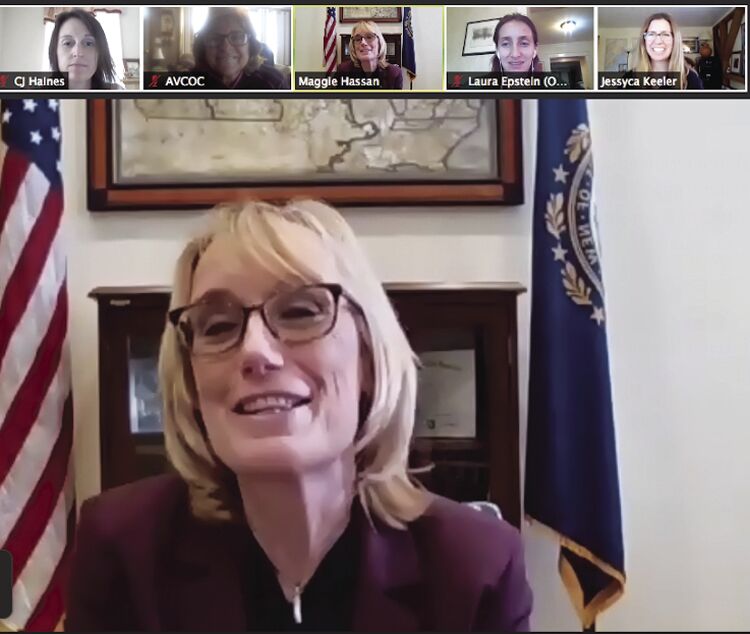 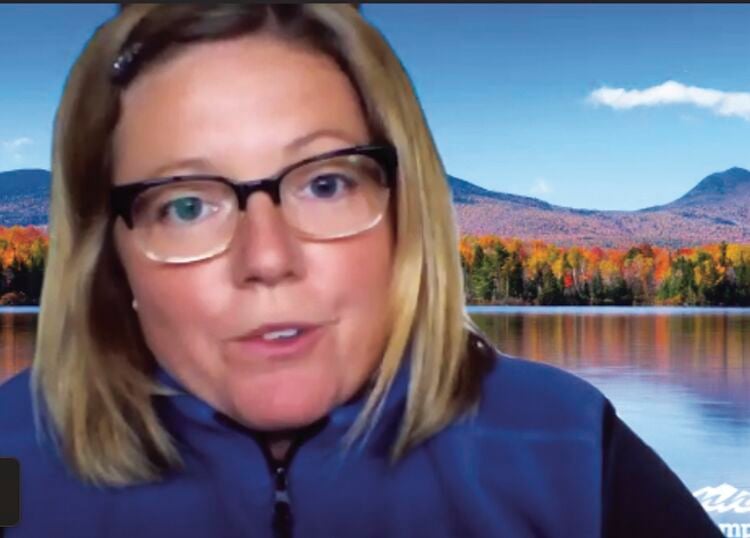 Director of the Division of Travel and Tourism Development Lori Harnois takes part in the Zoom meeting. (TOM EASTMAN PHOTO)

Director of the Division of Travel and Tourism Development Lori Harnois takes part in the Zoom meeting. (TOM EASTMAN PHOTO)

“I was home in New Hampshire this past weekend, the weather was gorgeous, and people were out and about. Most people are doing a good job wearing masks and practicing social distancing, but people are eager to be with other people. We need to know how to plan effectively for the future," Hassan said.

Hassan said she wanted to know what effect the virus has had on the tourist economy here. “It is critical that we are safe but it is also critical that I know what is happening on the ground and how the federal government can be helpful as we make adjustments to life in a pandemic and that businesses that can operate safely can continue to do that.”

Director of the Division of Travel and Tourism Development Lori Harnois said that there are many small businesses in the state that are on the edge and will need help to survive. She said the state has added to its website a “know before you go” page so that people coming from out of state will know the restrictions regarding the COVID-19 crisis. They need to know what is available and what is not. Harnois said we are listing trails that are seldom used during business hours and scenic drives where people can enjoy New Hampshire while practicing social distancing. “We also want people to get used to the idea of “leave no trace behind”, so visitors can become “responsible travelers.”

Harnois said the state has a program called “help the chamber” which helps chambers of commerce throughout the state. She said the problem is that those federal funds have to be used up by Dec. 30 and a lot of projects won’t be starting until then. Hassan replied that she is aware of that deadline and is co-sponsoring a bill that would push back that date.

Paula Kinney of the Androscoggin Valley Chamber of Commerce said the ATV season “took off really well.” “But there has been a lot of really rude people, so we need a lot of more education out there.” Kinney agreed with Harnois on “the responsible traveler” idea. Kinney then said that a lot of restaurants in the Androscoggin valley are having a hard time staying open due to the lack of help. “The Northland Dairy bar is one that is now closing two days a week because they can’t get enough employees.” The AVCC is also working on workforce development and extending the deadline for federal funds would also be a help.

Hassan said that according to the federal data, she is seeing the biggest reason people are not coming back into the workforce is because of the lack of child care, uncertainty about the safety of the schools and that they are caring for loved ones who are at high risk.

Jessyca Keeler of Ski NH said that the ski industry is worried that they will lose many of their older workers who may choose to stay home this season rather than take the risk. “We are working on a standard of guidelines that will be used by everyone in the industry so there will be less confusion for our customers. “We want to make sure we are following state and county guidelines. Maybe face coverings will be required inside a lodge. It will be a different operation this year.” Some places may have to take reservations to restrain the amount of people on the slopes at one time. People may have to make a reservation for skiing time.

CJ Haines, executive director of the New Hampshire brewing association, said that most of the members of her association are up against the coming colder weather and the loss of outdoor seating. We have 92 craft brewers in the state but two thirds of them are small operations with extremely limited seating so with cold weather we are worried that some of those may shut down. The other issue Haines said is the increase of taxes on craft brewers. Now, the tax is $3.50 a barrel but soon it is soon to go up to $7.50 a barrel. “Many of our smaller brewers have never had to pay that kind of tax.” Another issue Haines said is the aluminum tariff with Canada. The tariff has made it harder to get cans just when the demand for canned beer from our brewers is increasing.

Hassan said she is aware of the tax issue and is working to make that tax cut permanent. She also said that there is no reason for the tariff on aluminum from Canada to continue.

Hassan then asked the panelists if the businesses they represent had problems getting personal protective equipment. They all replied that right now there does not seem to be any issues. Discussion went to go on to discuss the coming winter season and if there will be enough work force to operate.

Harnois added the border closings have hurt. “Not having the Canadians here has been such a big segment of the tourism market we have lost.” International foliage bus tours are being canceled.